I wasn't supposed to be playing today, on a much nicer day than yesterday, but we had a very late drop out and the Chairman out the call out after the match has started.

Typically, selflessly, I answered the call. Even though I was only just awake at 2pm.

It was a 15 minute job to get ready then cycle down to the ground to find us batting at 63 for 2 with the aforementioned chairman out second ball. Thus I was just in time to witness a pretty awful collapse down to 79-9 against a good young Balderton side. To be fair, we had a very young and inexperienced side today.

This meant, at the dizzy heights of number 11, I had to bat for the first time all year.

I thought I'd have no chance, but managed to hit the 4 deliveries I faced no problem. But before I could get a run, my partner missed a straight one and that was that. If only he hadn't got out, I might have scored a century.

Onto fielding, and we started ok, taking an early wicket, but we weren't getting them quickly enough. I stodd at mid on, hoping I wouldn't have one smashed at me after getting a whack on the ankle yesterday.

I am still nervous about various bits of my body when bowling, but although sore, I was able to charge in a bit harder and bowl with a lot more purpose today. First ball I was edged between keeper and slip, something that would happen to me again.

It was exciting to be bowling with a bit more snap, and I must to admit when I castled their opener, who was batting in a sort of tweed floppy hat for some reason, I gave a bit of an overenthusiastic salute and was accused of giving the batsman "a send-off".

As if I would do that! I am a perfect sports and gentleman. Lol.

Anyway, despite feeling like I was bowling well, I'd drift one ball per over onto leg stump and get whacked. And that helped us lose, alas.

But it still feels good to be playing again.

All text and images copyright CreamCrackeredNature 26.07.20 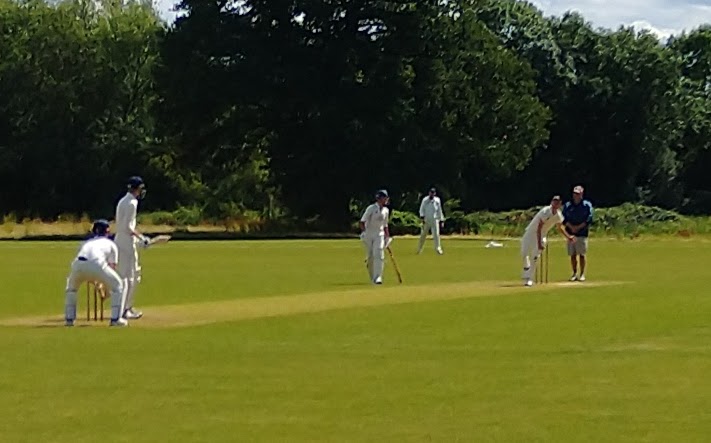 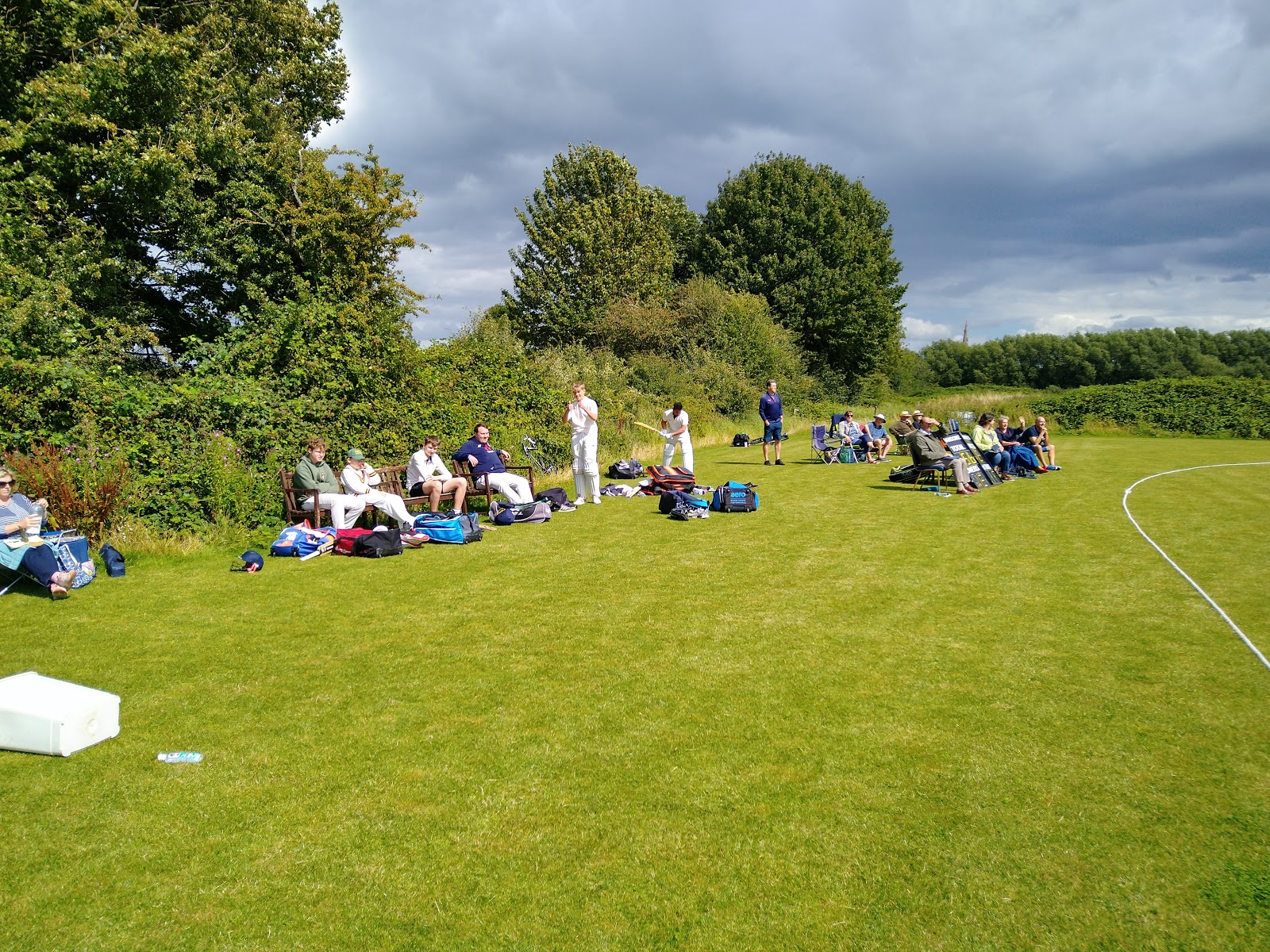 Posted by Simon Douglas Thompson at 15:36