Today was my first cricket match of the year, and while I was out there, on this perfect day for a match, I kept thinking how it was so surreal to be a part of such an idyllic scene in the middle of this global tragedy.

I also was amazed at how relaxed I felt once I started playing, despite being in rather closer proximity to other people than I have been in a while. The only difference was all the ball wiping and hand sanitising, and no hi fives when we took a wicket.

It all began when our new young Sunday captain lost the toss, and we had to field first against a side we knew would be a fair bit stronger than us.

Now we have better bowlers than me, either new players or younger players coming through, I had no expectation of opening the bowling like I normally do on a Sunday. Which suited me fine, as I have a pulled calf muscle and am as rusty as anything.

However, our senior opening bowler had the sort of nightmarish start I am well used to, bless him, and so I ended up bowling after just one over. And lo and behold, my first over was just as bad as his was, the first ball a wide that didn't hit the cut strip, the second a full toss that sailed over the batsman's head.

I got clobbered for two fours as well. I was awful. And in such jip from my leg I couldn't run in properly, and couldn't pull through my action. My bowling was so damn slow!

My second over was a bit better - in the mean time our young star who got 5 yesterday removed Fiskerton's first team opener without thousands of runs under his belt - and then forst ball of my third, the discomfort eased slghtly, let one go a bit quicker, and the batsman had a huge flash at it, edging off the wicket keepers gloves and over the head of our captain, who took it easily at slip.

A bizarre old way to get a wicket, and I've taken one in the past in similar circumstances.

I bowled OK after that, and even had a catch dropped, but it was a struggle; my knee was hurting as well.

We bowled pretty well actually, they never really got away from us, regular wickets fell, and we kept them to 222.

Well, that was always going to be 50 too many however, but we batted well to end up on about 150 for 7. I never batted and wasn't unhappy about this. The result was irrelvant really, we just needed to get out there and play on a lovely ground where the swallows flew amongst us as we played, and people cheered. I happily explored the long grass with my camera, acted on ball patrol when our skipper started flogging it into the deep bushes, and listened to the keening family of buzzards who live on the ground.

Our young players had a very good day. What I do doesn't really matter.

Interesting fact - today I wore my fitness tracker while I was fielding for the first time. It had recorded 20,000 steps by the time we came off.

That means I covered 10 miles while in the field.

All text and images copyright CreamCrackeredNature 19.07.20 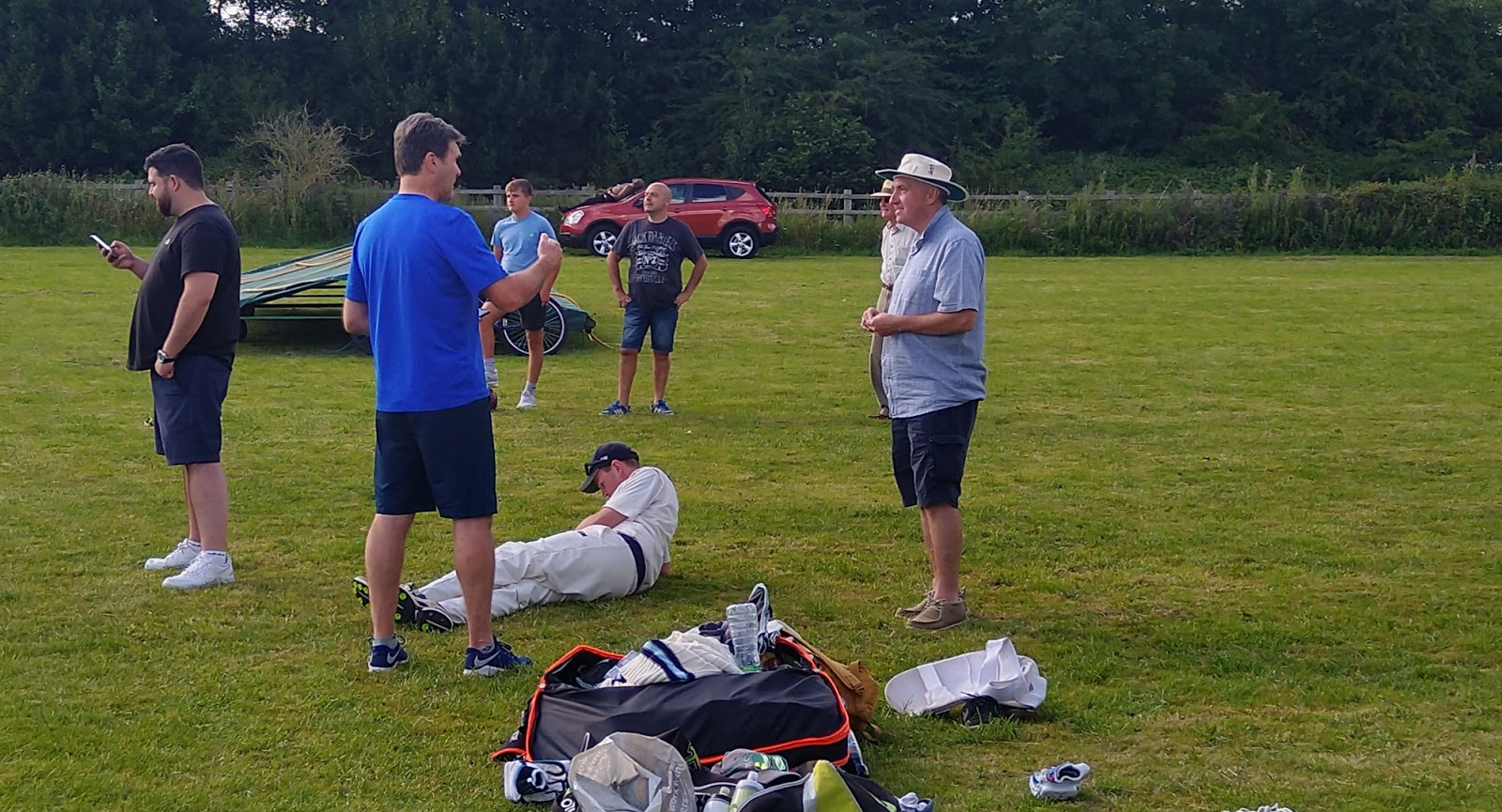 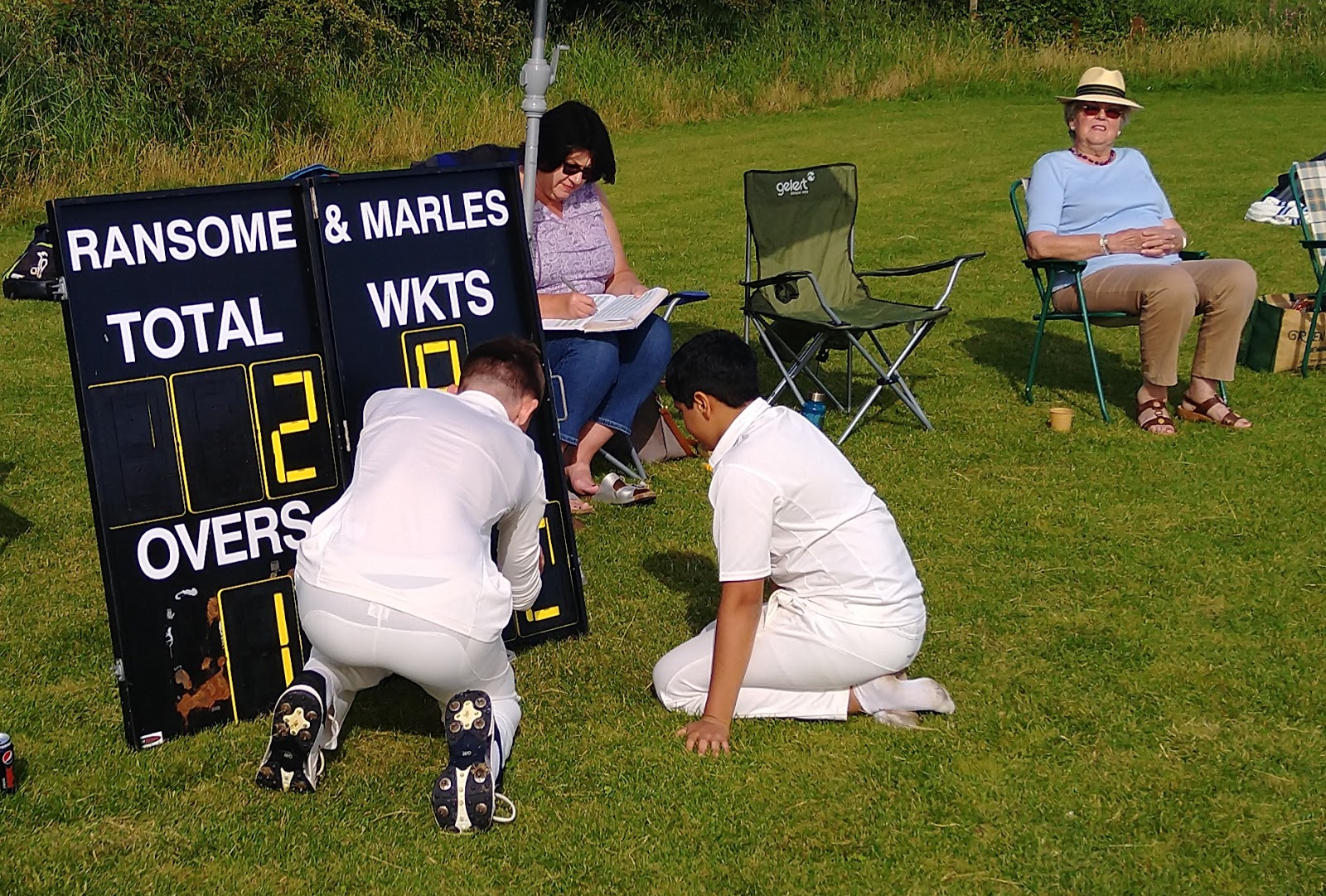 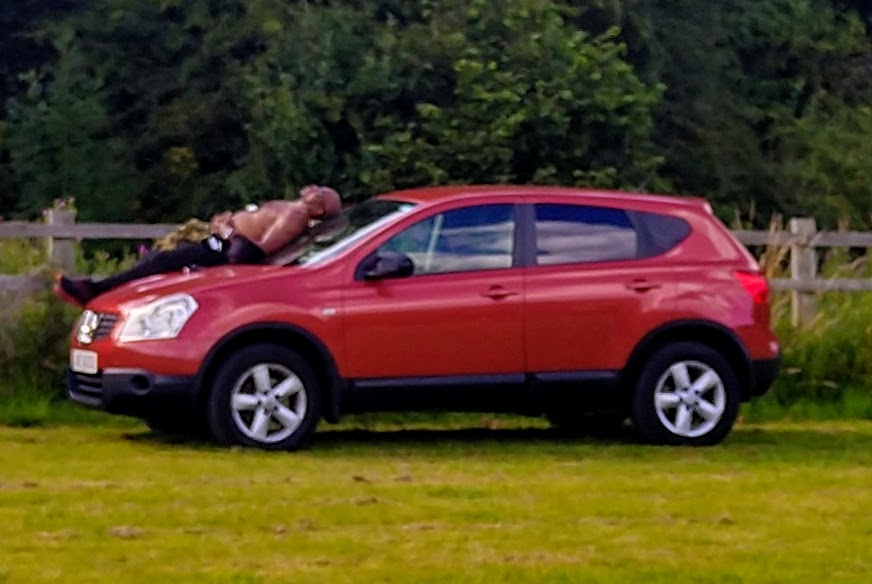 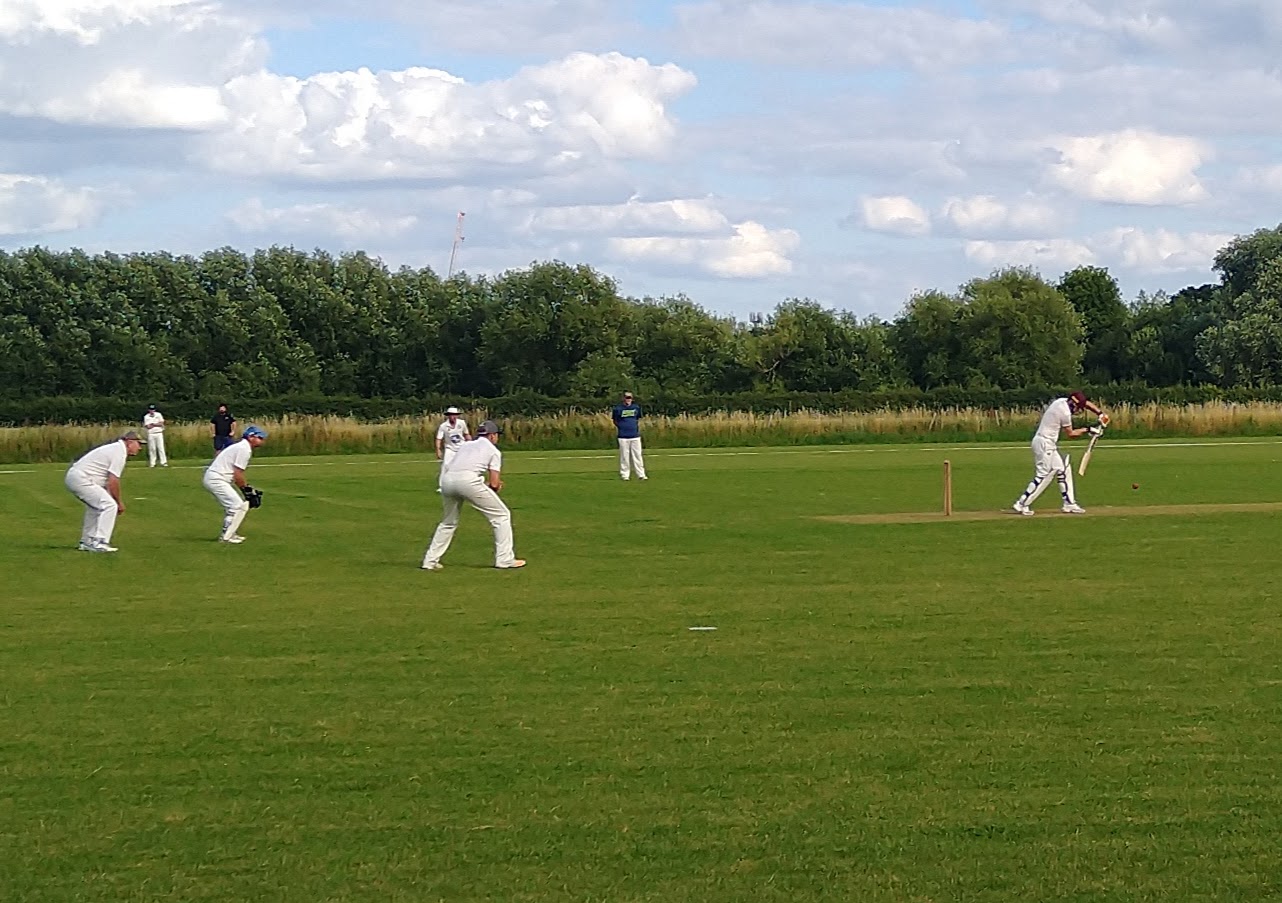 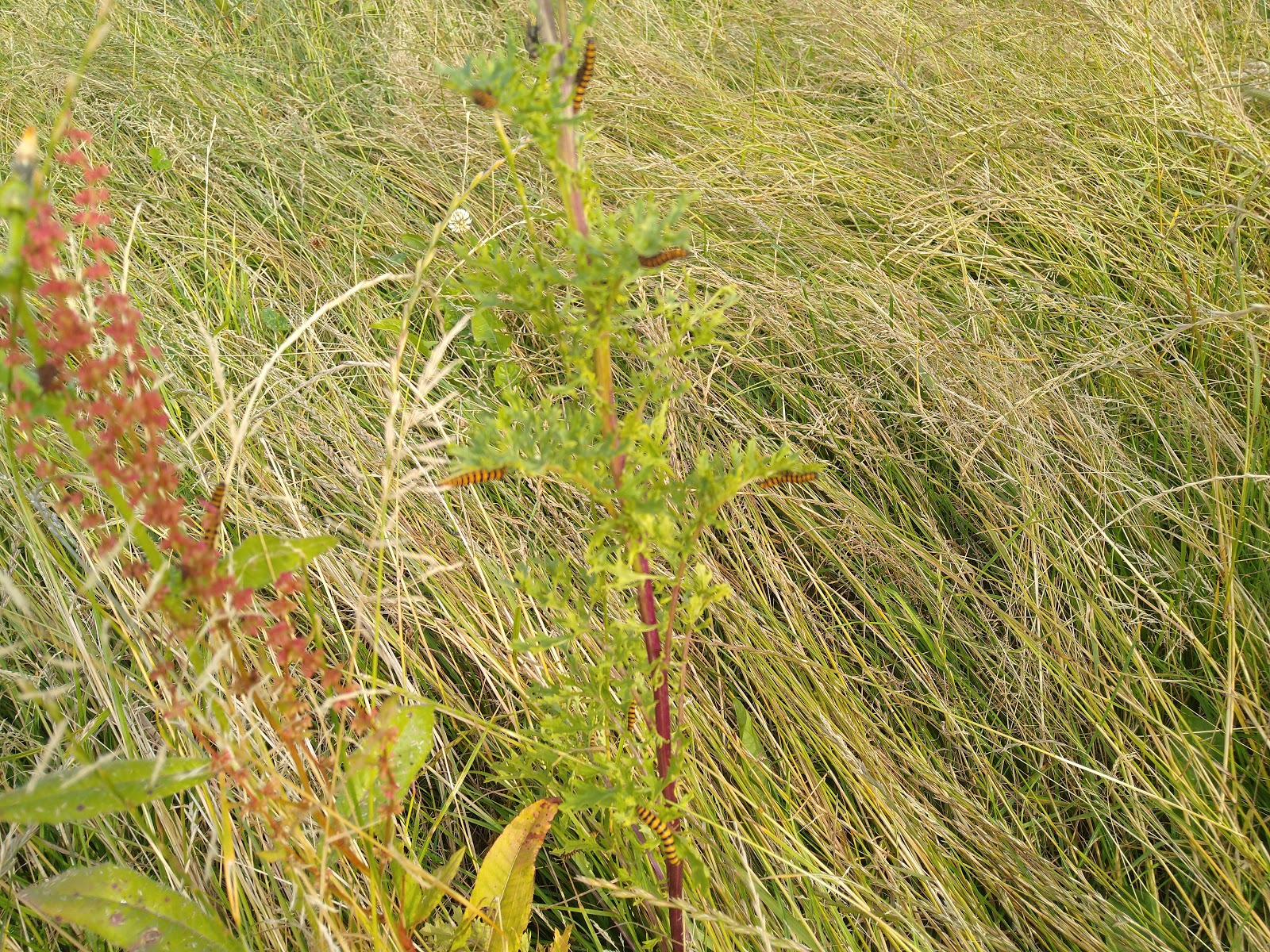 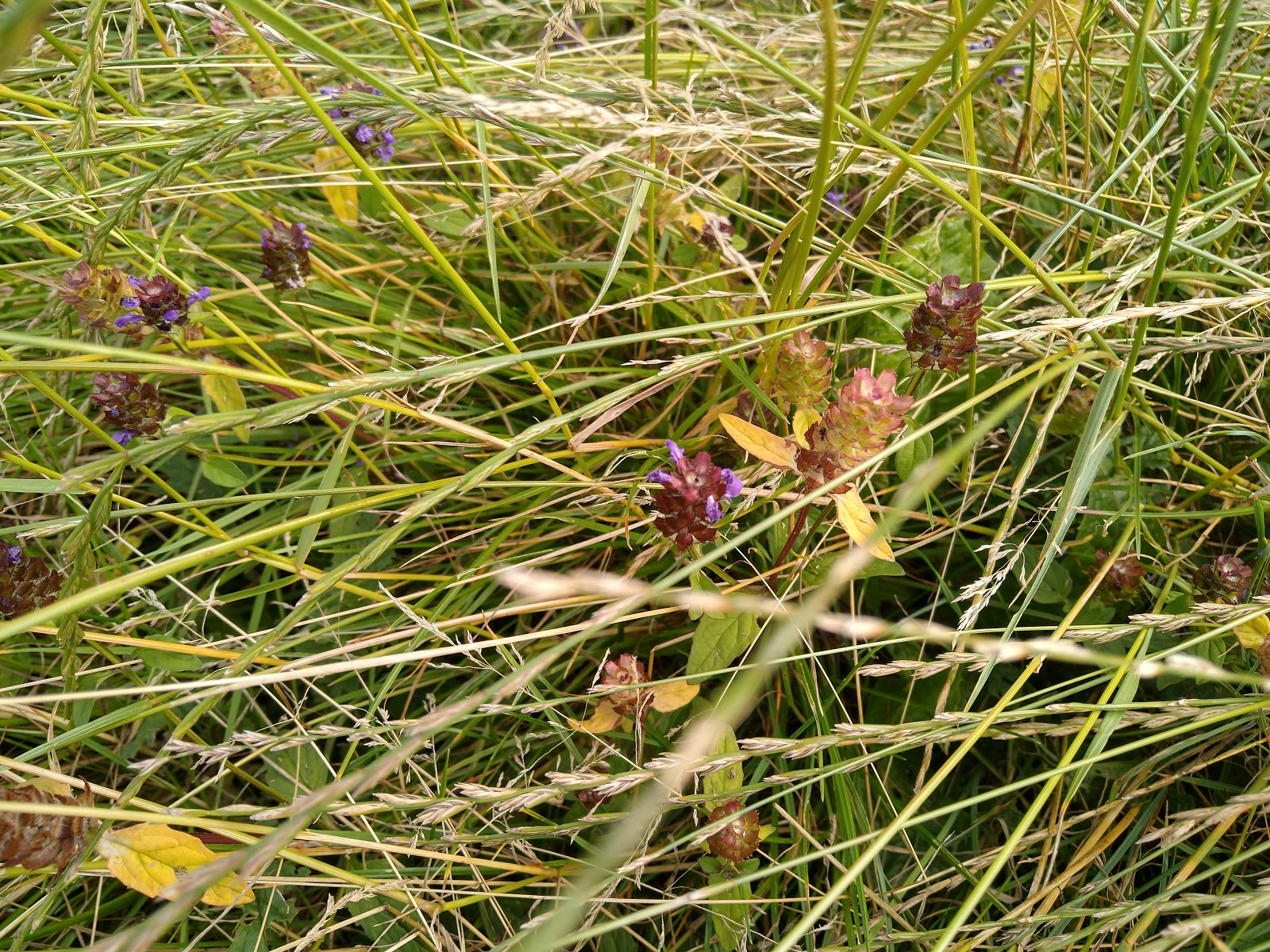 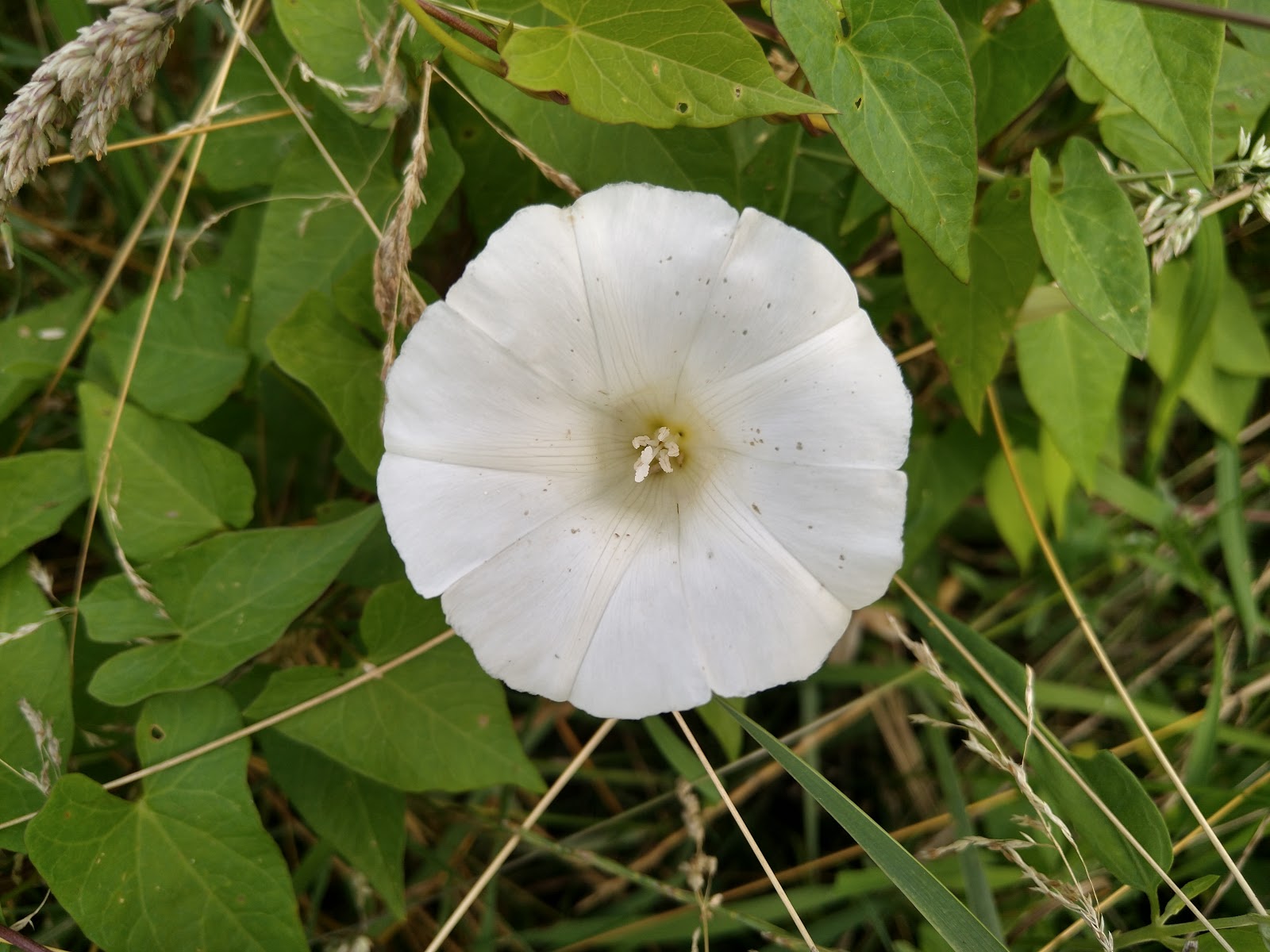 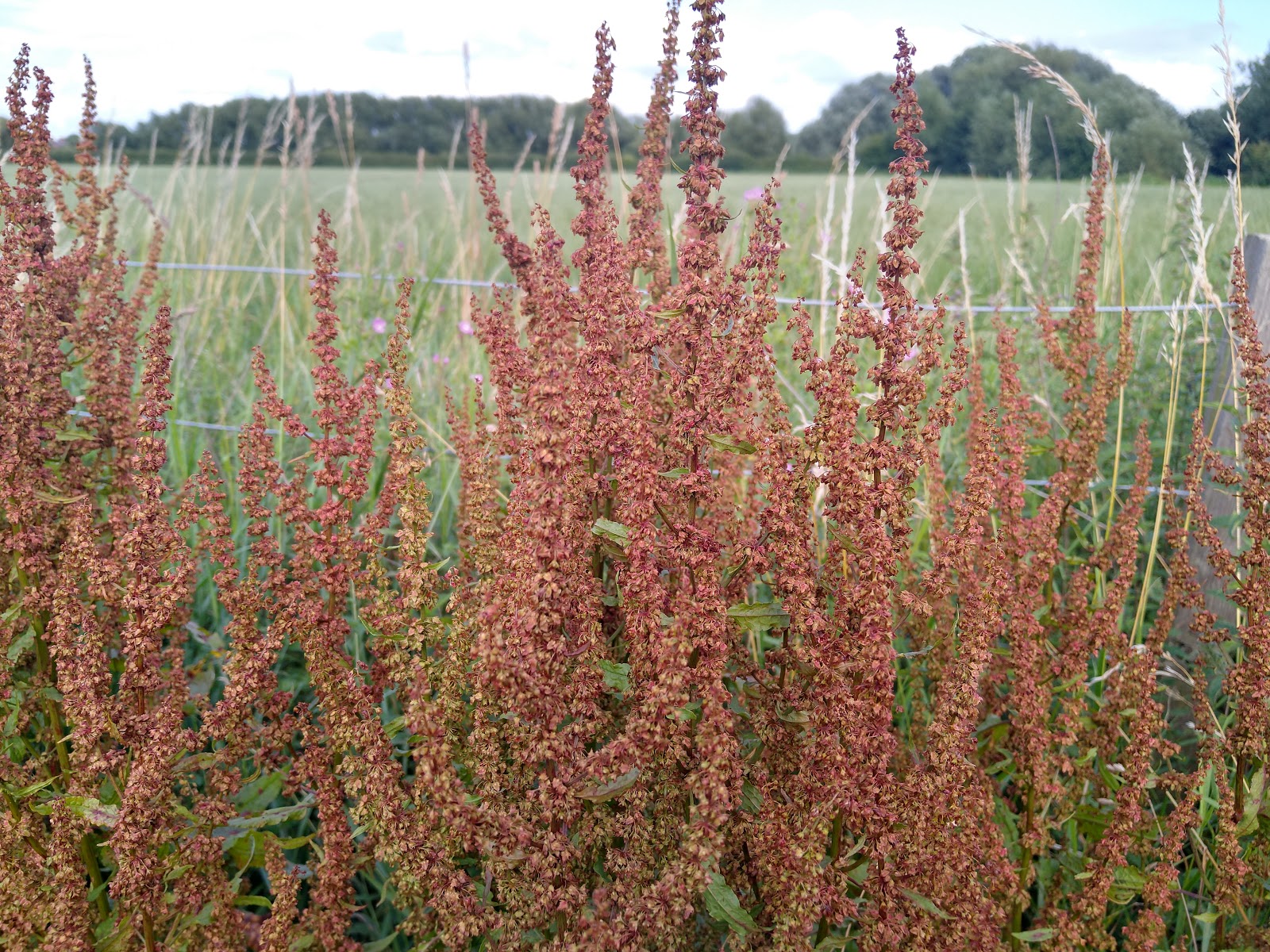 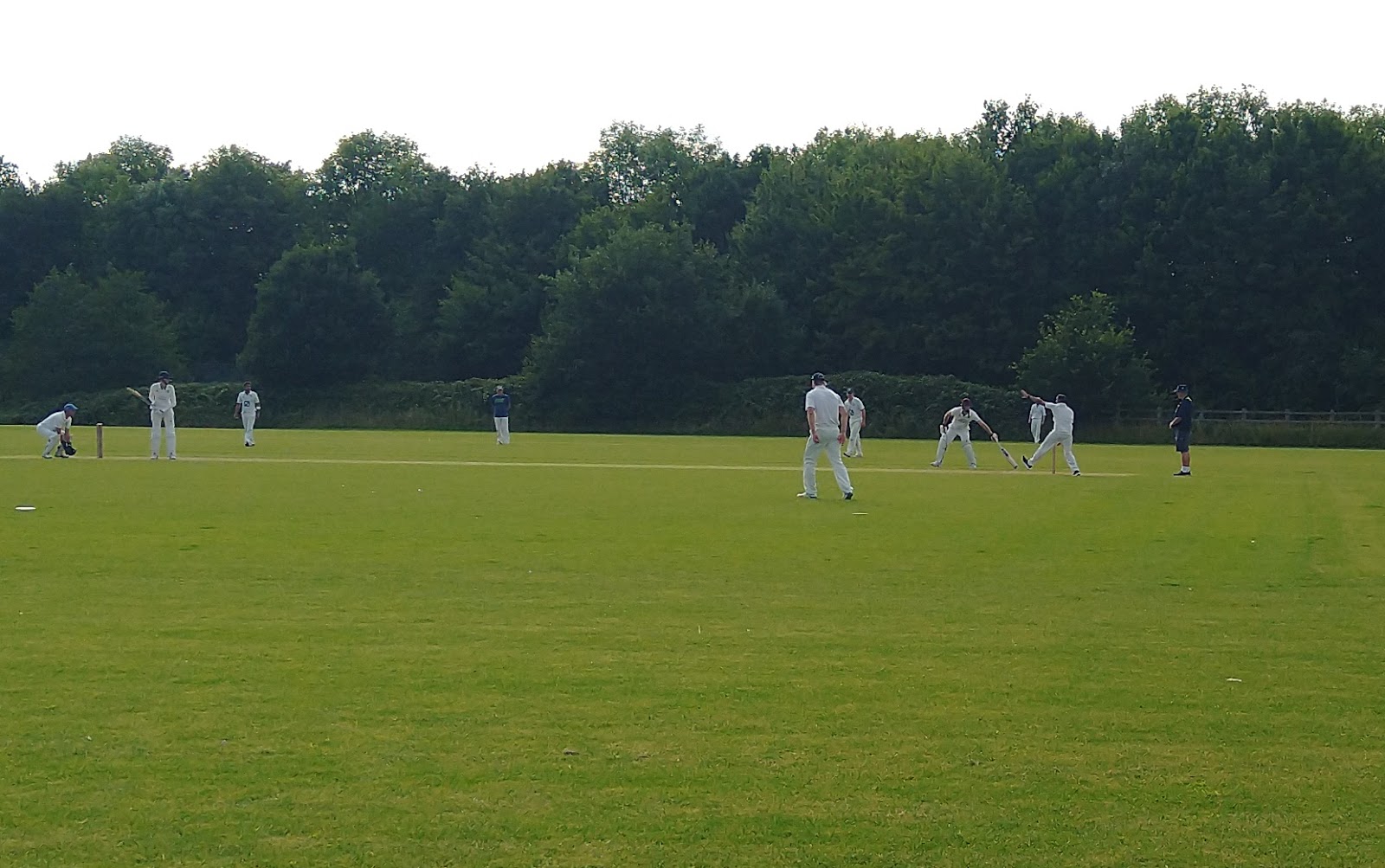 Posted by Simon Douglas Thompson at 14:58