At Last - a Wicket with the Slower Ball

Today, we entertained Bramcote, the team who had an "interesting" umpire last time out, and I arrived at the ground a little bit early to find nobody there, which was a bit disconcerting on such a nice day.

I might have had a chance of winning today if this state of affairs had continued, although I would have tried very hard to lose to myself and probably found a way, but luckily other players and people capable of  opening dressing rooms and stuff turned up.

We bowled first today, and the crazy situation by which I have ended up as the second team opening bowler continued, which to me kind of indicates we are a bit below strength this year as I hardly bowled for the 2s last year.

Initially my good form of last Sunday continued, and I started with two maidens, no no balls or wides, and no crappy half trackers for the opposition to slog into the hedge. My opening partner was equally good, nay better, and we kept things really tight for the first 20 or so overs.

My fellow players know that in nets I try cunning slower deliveries a lot, but I rarely tried them in the match because I'm rightly worried they'll turn out to be rubbish. But struggling to make abreakthrough, I did try three today. The first nearly yorked one of the Bramcote openers, but the second caused the other one to lob the ball straight up in the air. I prepared to catch it, utterly oblivious to the calls of "MINE!!!!!" emanating from somewhere behind me.

The ball fell towards my nervously outstretched hands - and I was nearly flattened by my team mate, who thank god managed to get around my clumsy body to take a good catch.

There we go, my first wicket with the split finger slower ball.

I tried a third one a bit later, and the new batsman walloped it for 6, resulting in my removal from the attack having taken 1-28 off 9 overs. Opening partner had 2-34, so a good start.

Things then went a bit crazy when a couple of big built, big hitting sloggers came on and we lost control of the game for a short time, only to claw it back with good bowling at the end, especially from one of our youngsters, who took three wickets. We bowled them out for 151.

our captain and his batting partner started really well for us, but there was a bit of clatter of wickets when we got to the 50-60 mark, and after a brief rally to get us up to 100, we could never really scored runs quick enough to win the game.

I was desperate for us to win the game to try and ease our relegation woes, and ended up flapping around like a madman. I did actually get a bat for 3 deliveries, and managed to score 1 not out, but the game had gone and we ended up on about 135 for 9.

I do stress far too easily, I know!

All text and images copyright CreamCrackeredNature 03.08.19 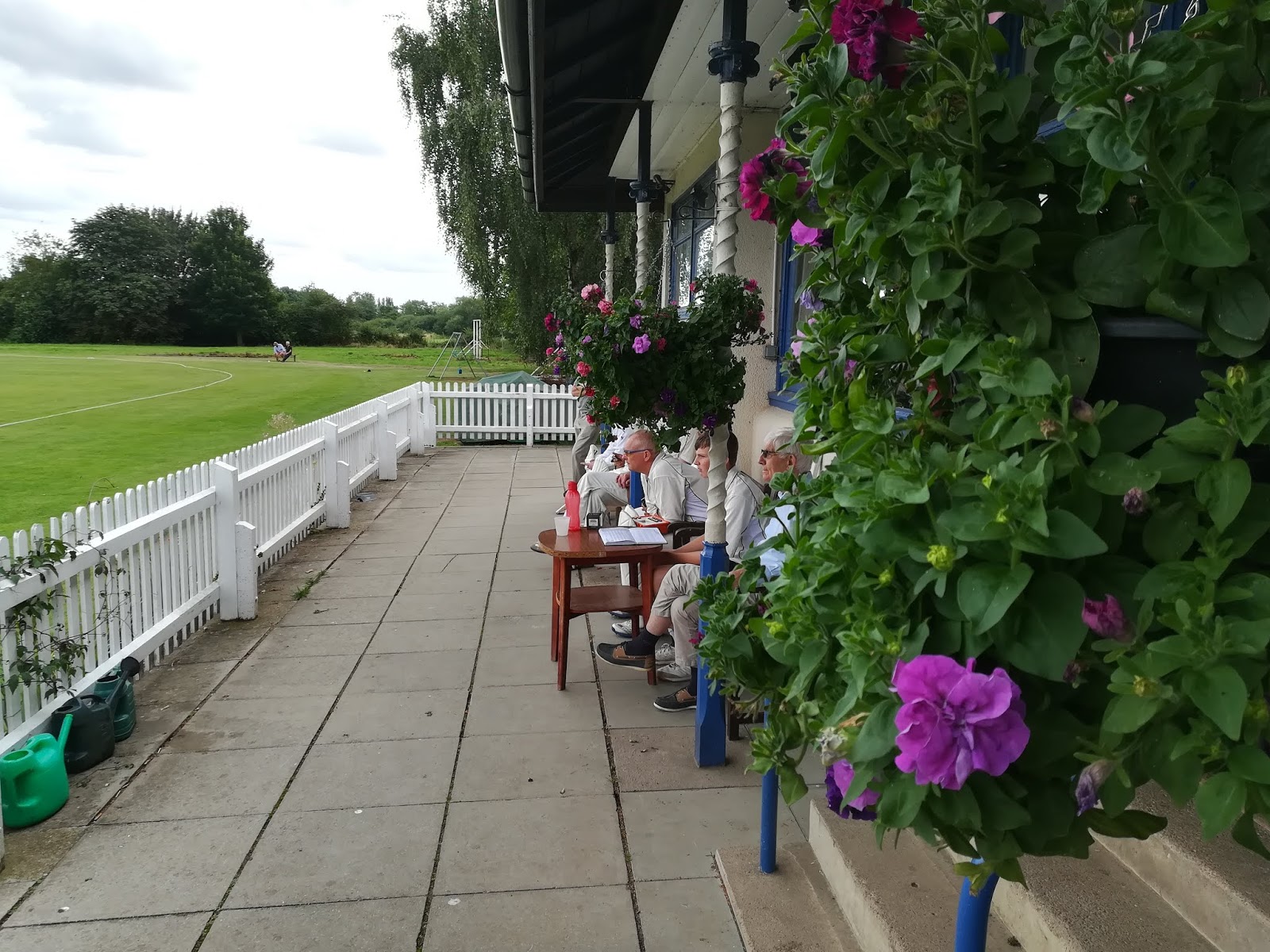 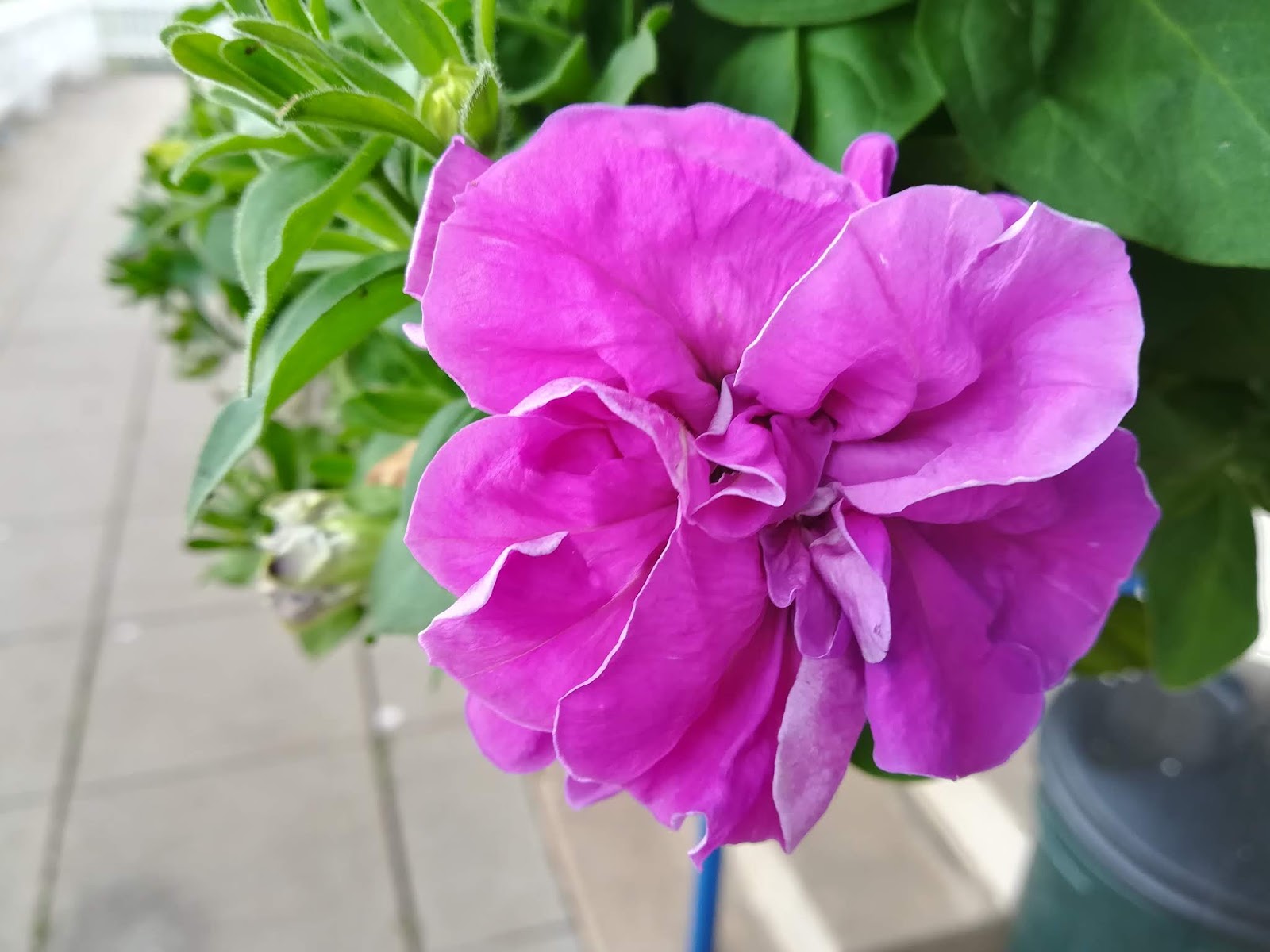 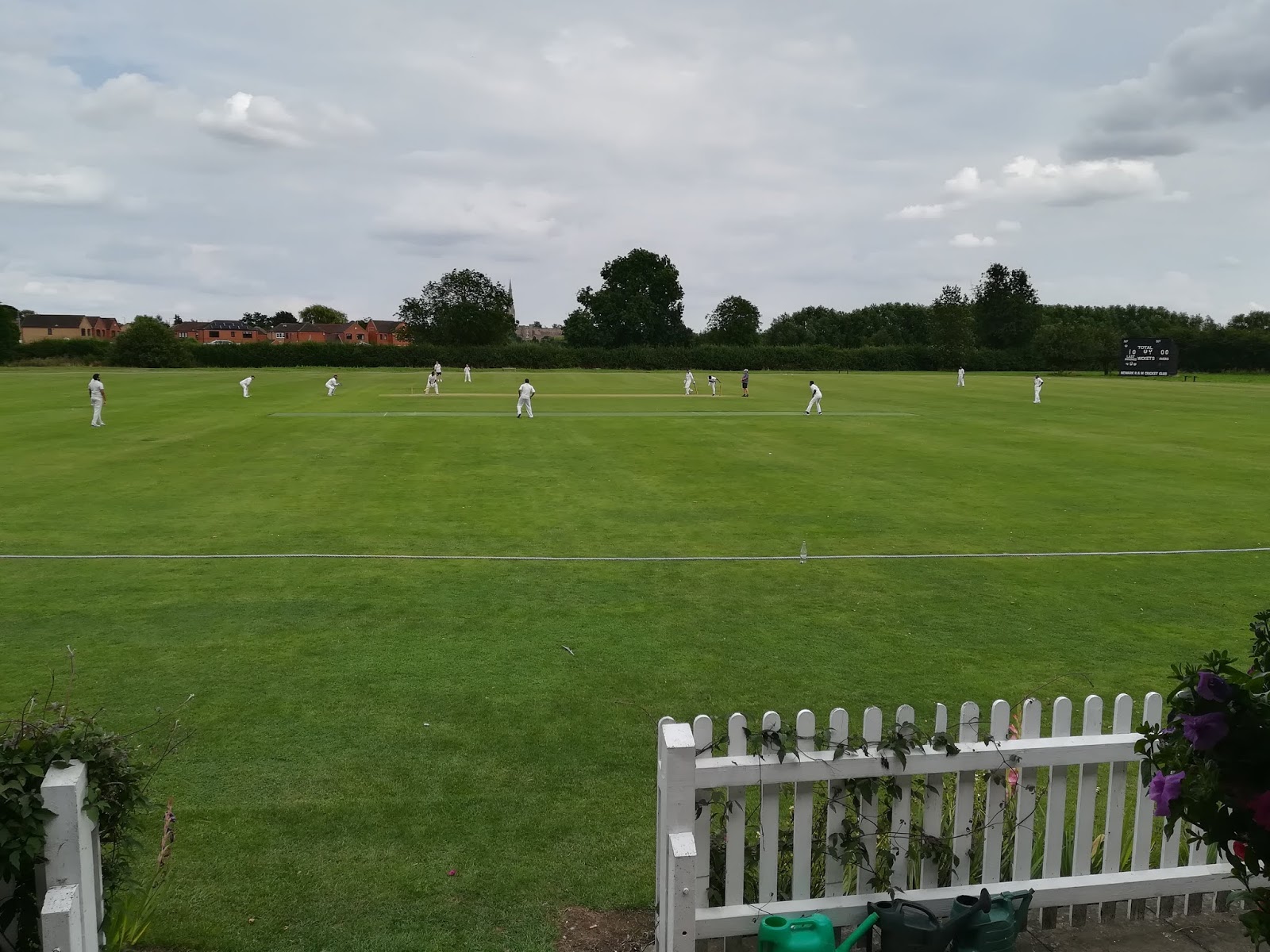 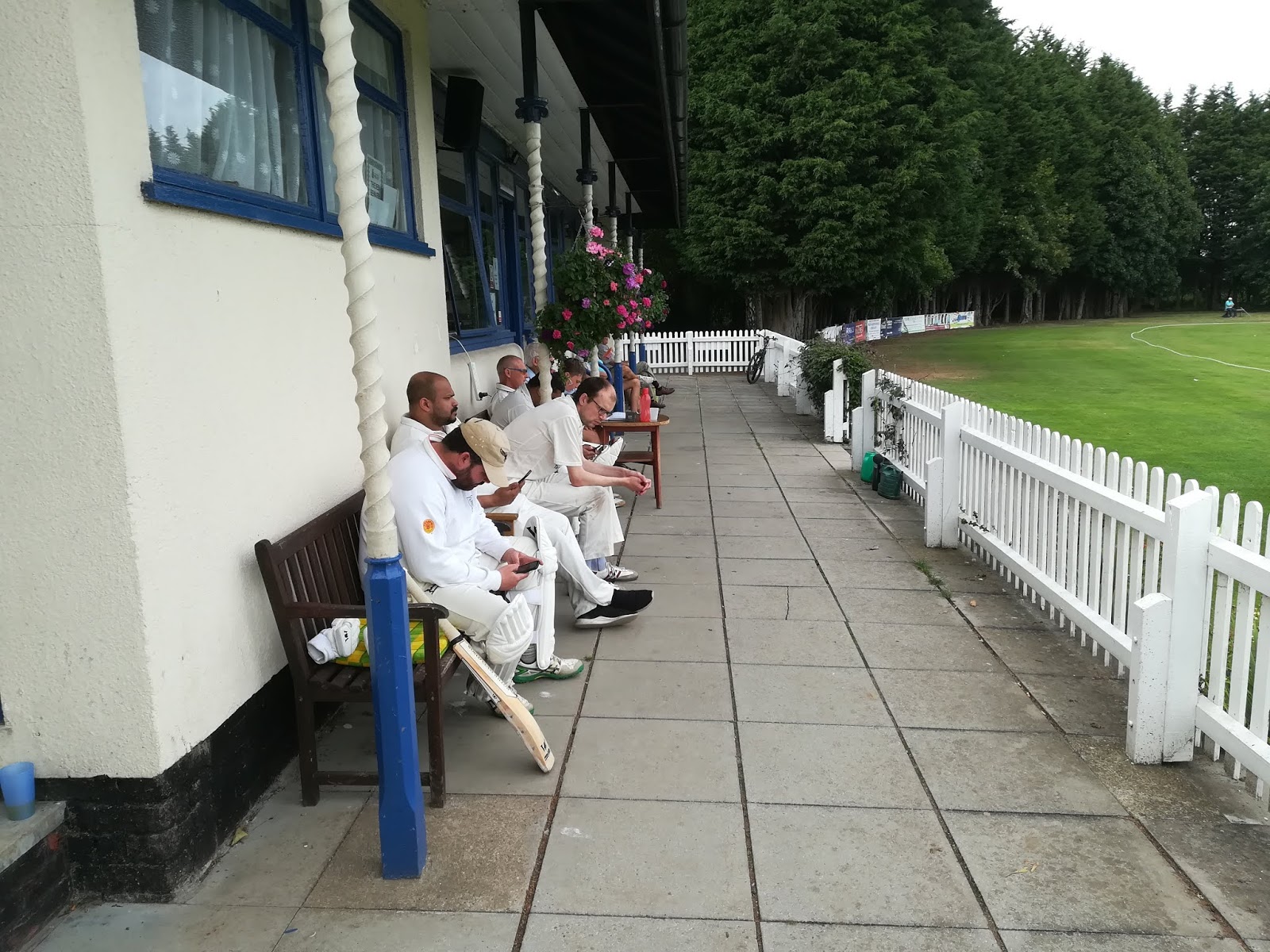 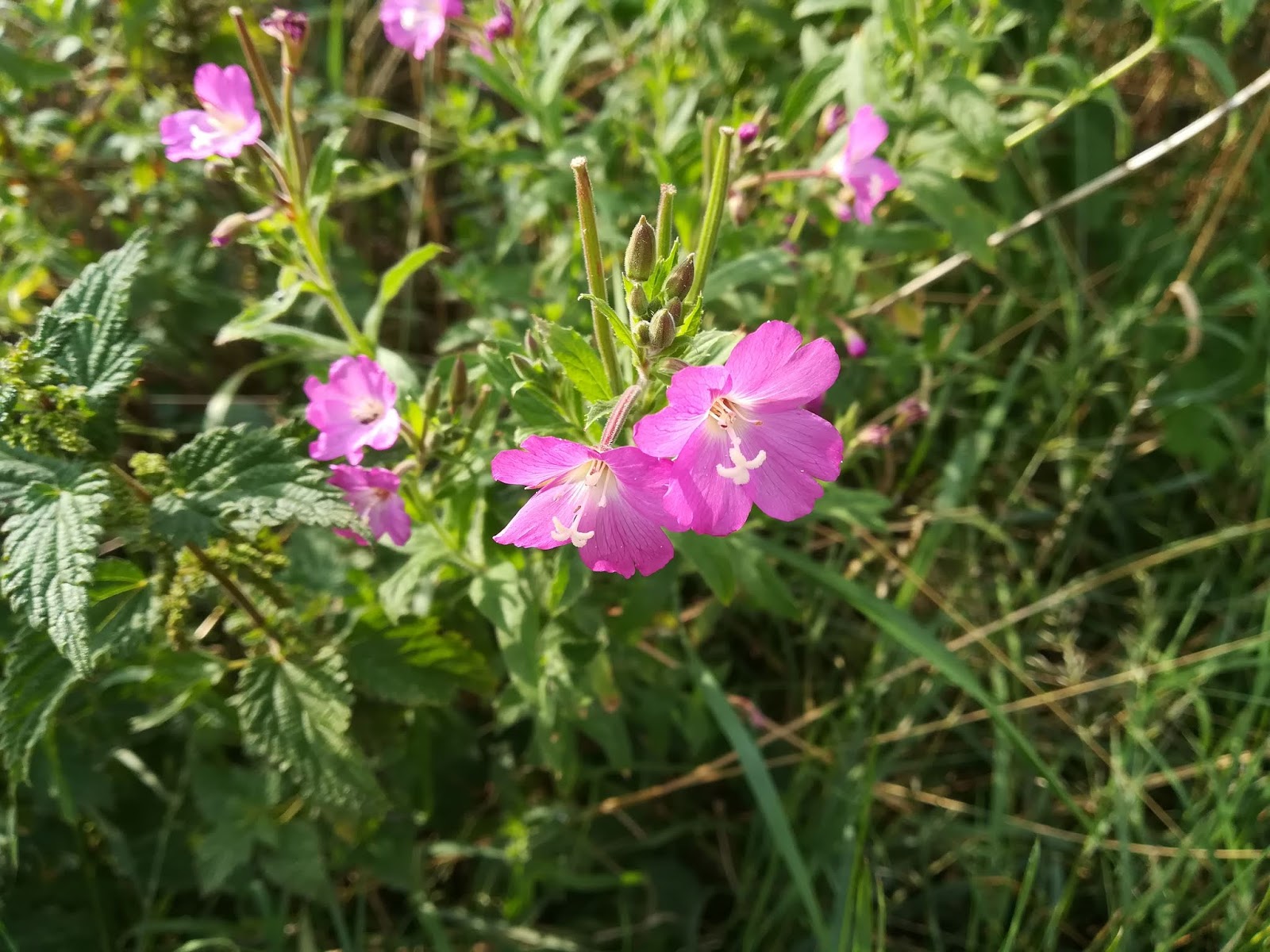 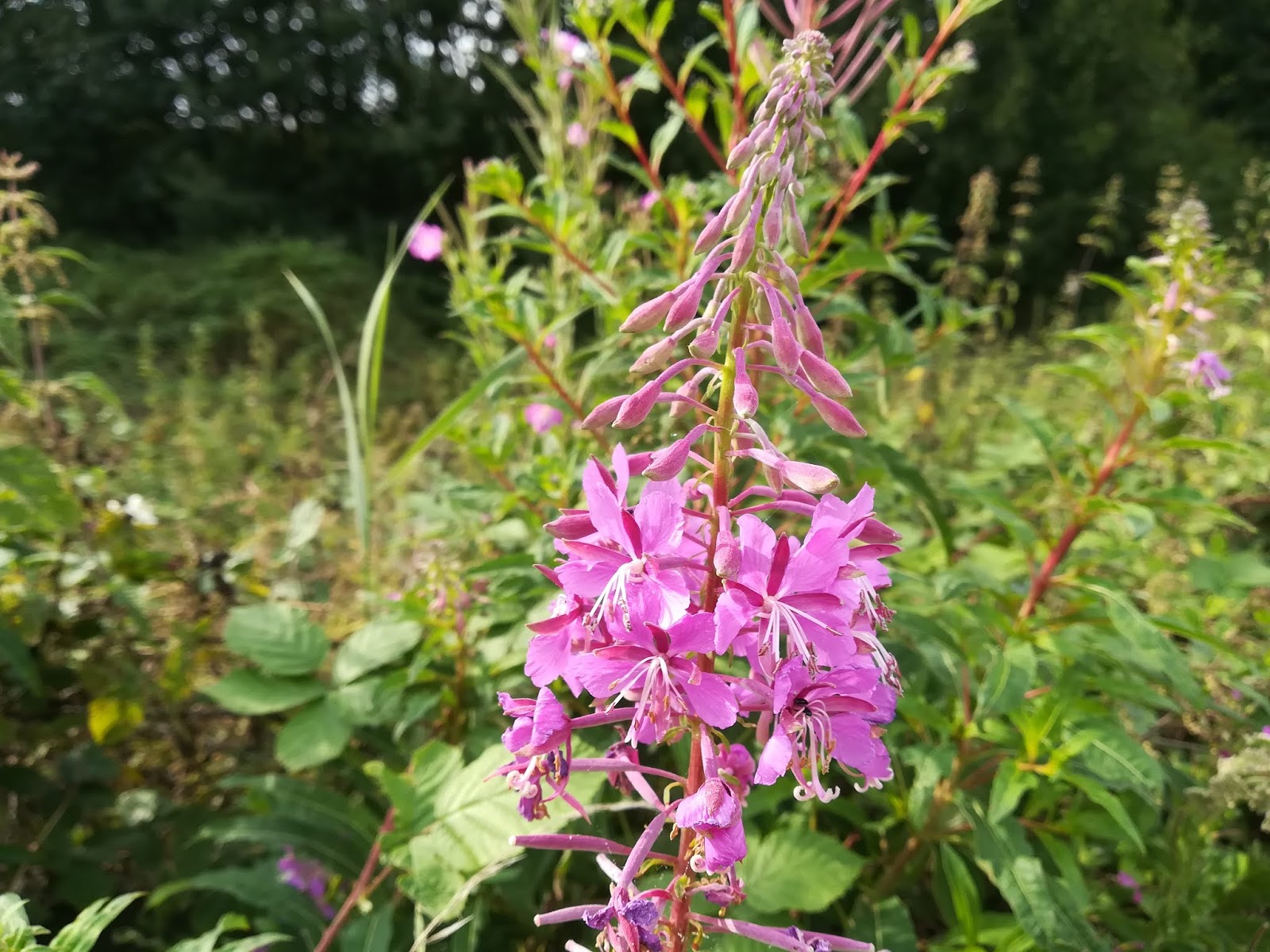 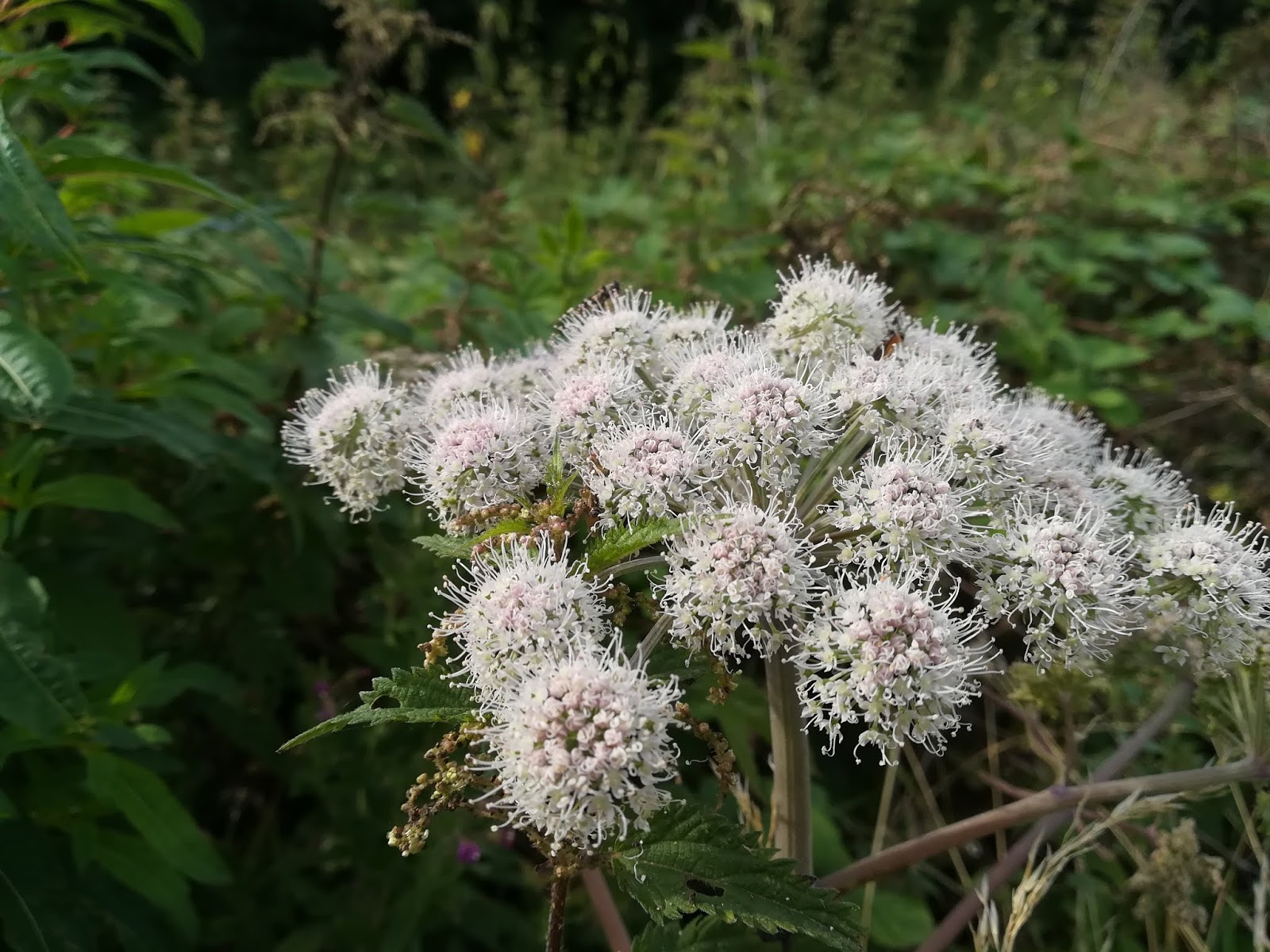 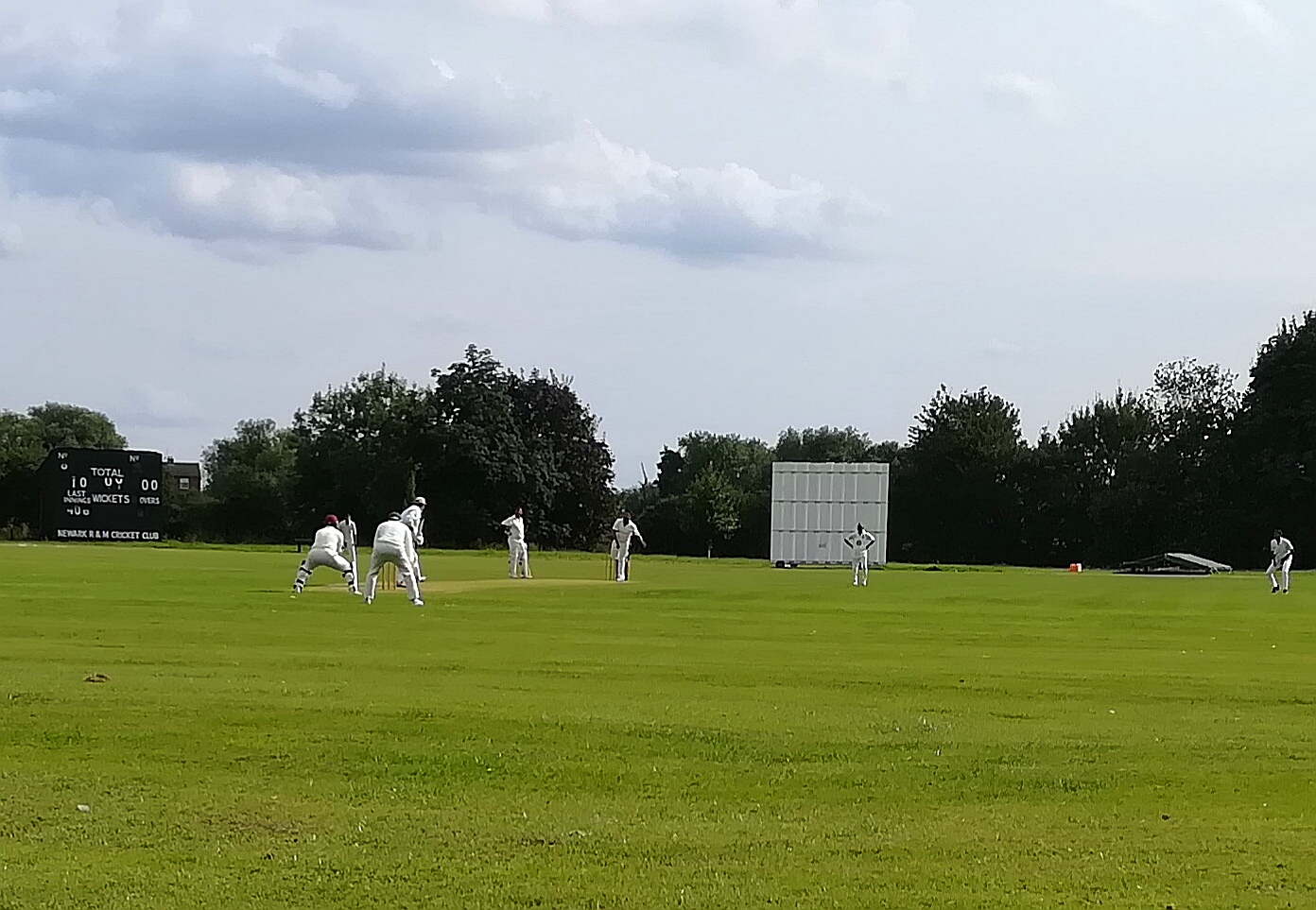 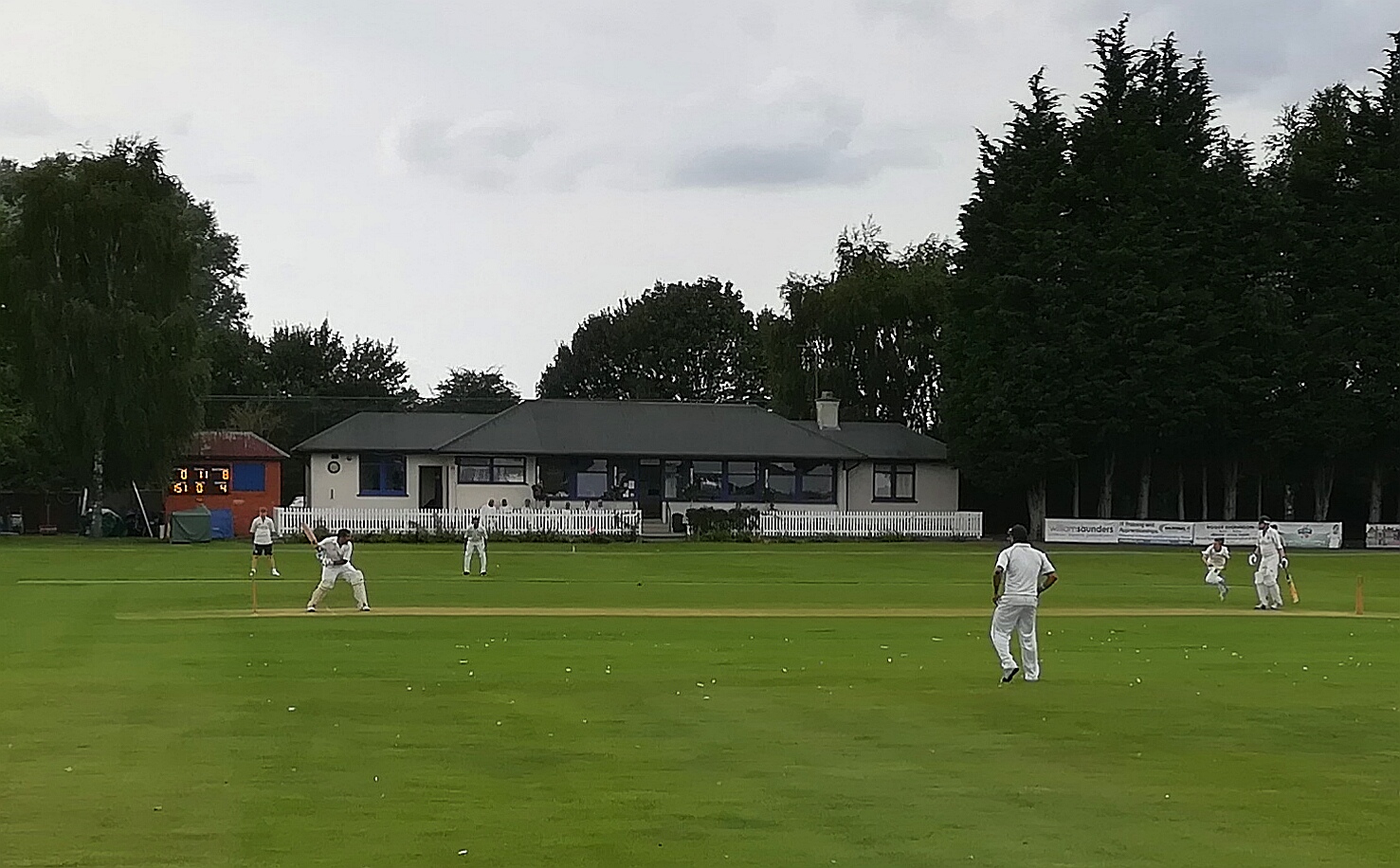 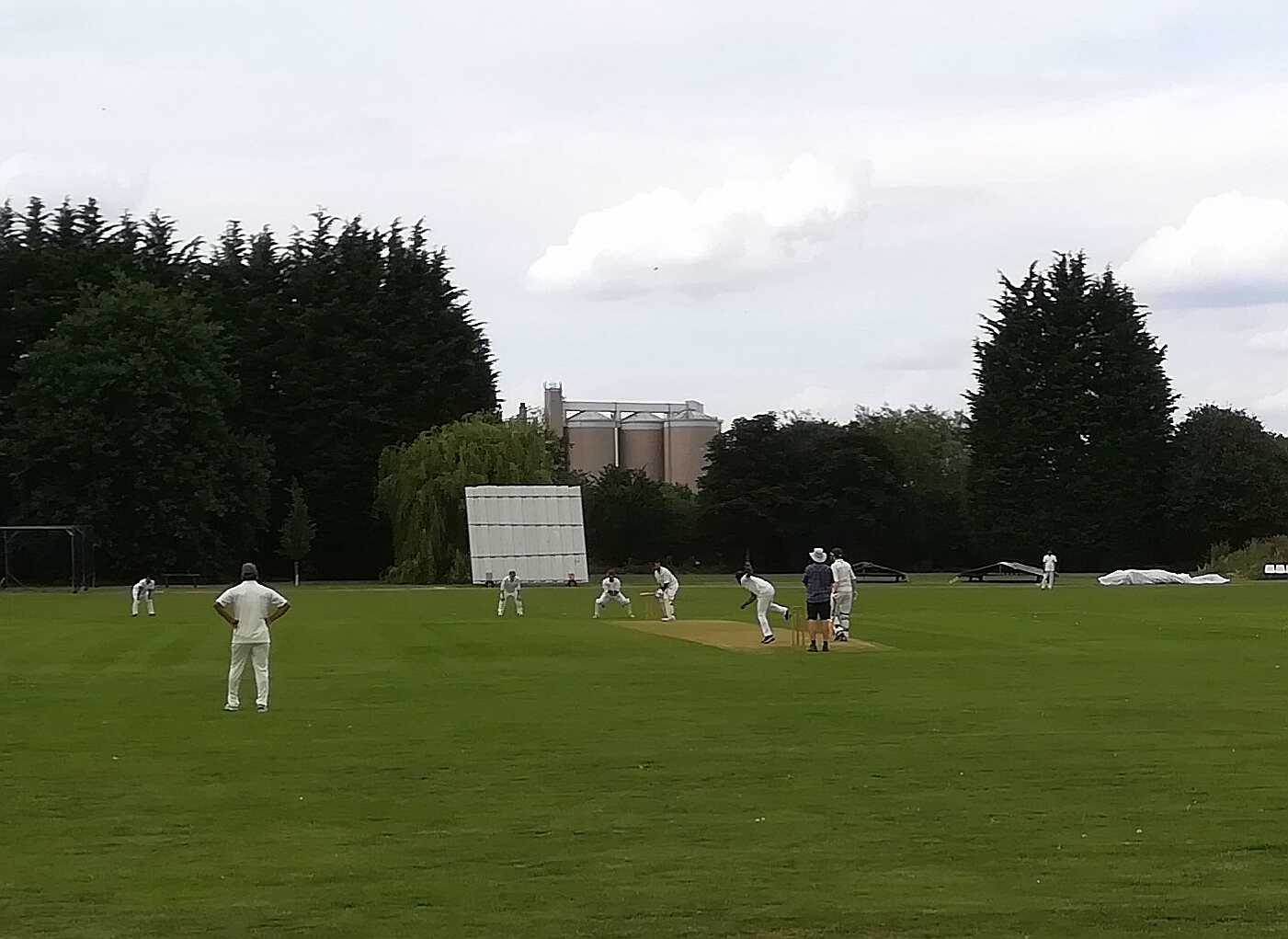 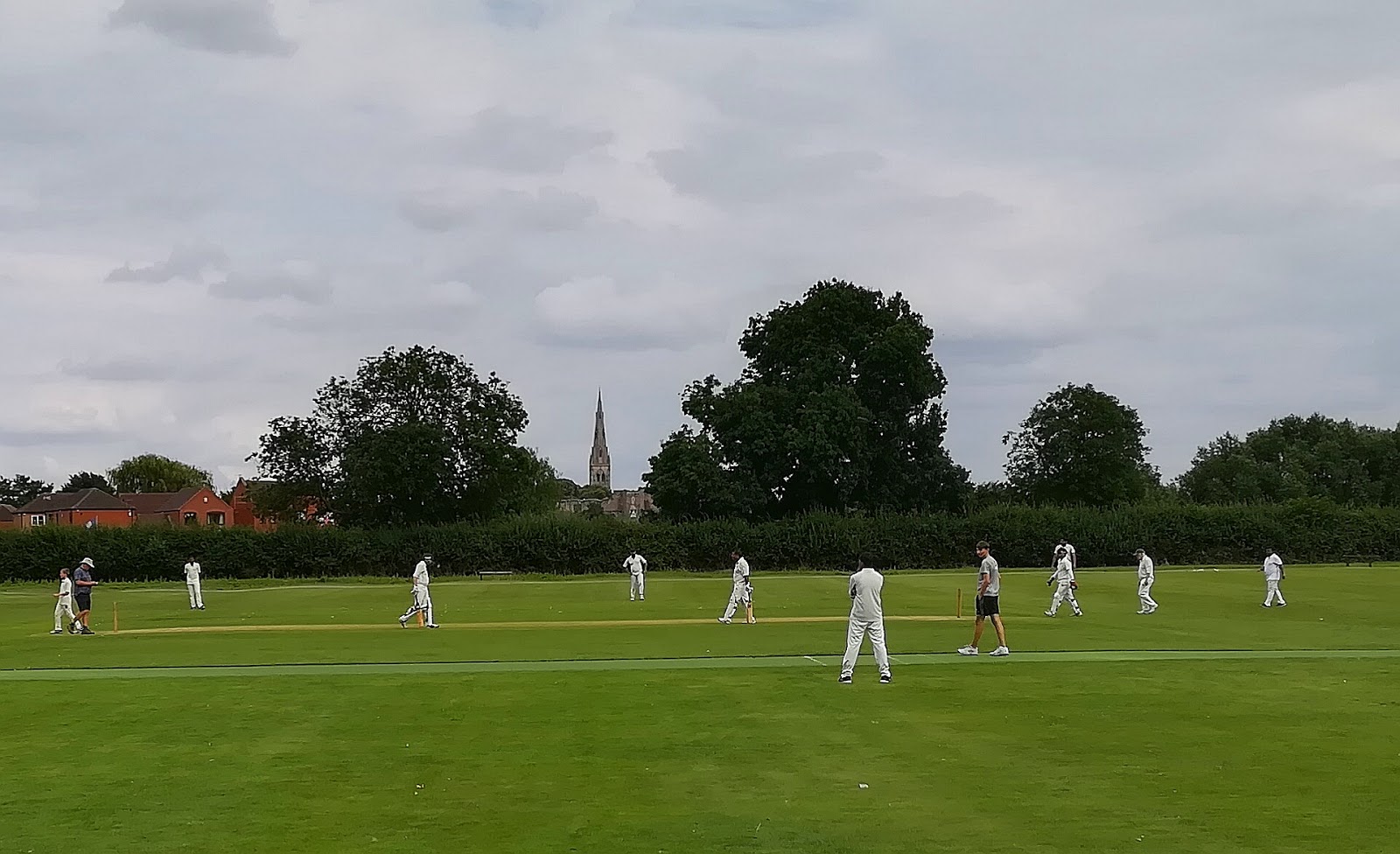 Posted by Simon Douglas Thompson at 13:24