Kissing Skulls at the Masonic Lodge

It was Bergerac where I first saw Freemasons, a creepy episode where at the beginning Jim Bergerac's posh but faintly shady pal Charlie Hungerford was being inducted at a lodge on sunny Jersey. The ritual involved kissing skulls and other dire threats, while the resident lodge murderer killed people on the strength of coin tosses.

Most recently  - to me - it showed up in "From Hell" which portrayed Johnny Depp as Inspector Abberline, investigating the Whitechapel Murders in a film that took Alan Moore's graphic novel and showed the murders as having been concocted by Queen Victoria's Doctor William Gull, with the knowledge of the freemasons and police members thereof to cover up the naughtinesses of Prince Albert Victor.

In other words, the usual portrayal of Masons as a sinister, and corrupting influence.

The town lodge herer in Newark has always intrigued me, located on a darkly lit private road, but making no secret of its presence, as can be seen below. It's a stylistically unique building in this town, tall and blocky, and looking slightly tired. What lies in is intriguing, but I doubt it's very much more than local business folk doing a sort of souped up Rotary Club thing but in aprons.

However, I bet there are some fascinating pieces of design in there, murals, flooring and the like.  But will I ever know? I doubt it. 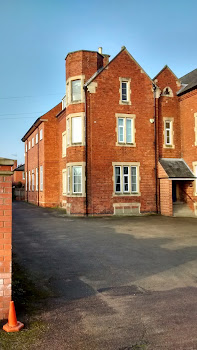 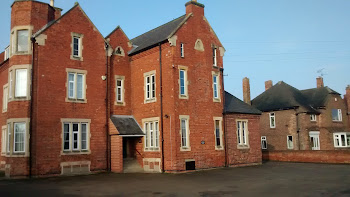 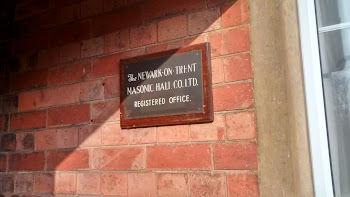 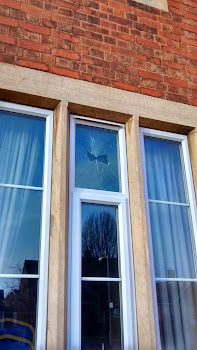 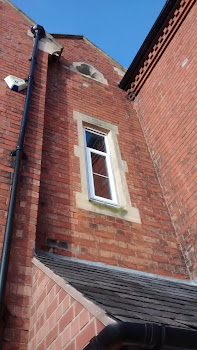 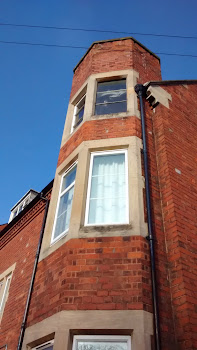 posted from Bloggeroid
Posted by Simon Douglas Thompson at 14:17