Turned the light on in what I laughably refer to as "The Study" and all hell broke loose, in a small sense of the word, as a fluttering object erupted out from a corner of a bookshelf and started battering itself against a lightshade.

I had a good idea of what it was, but only after it eventually settled back into its little corner and allowed me to get a camera shot. A lovely silver y moth, in great condition.

They do seem to last late on into the season, I've seen them in October in Scotland.

All text and images copyright CreamCrackeredNature 18.09.18 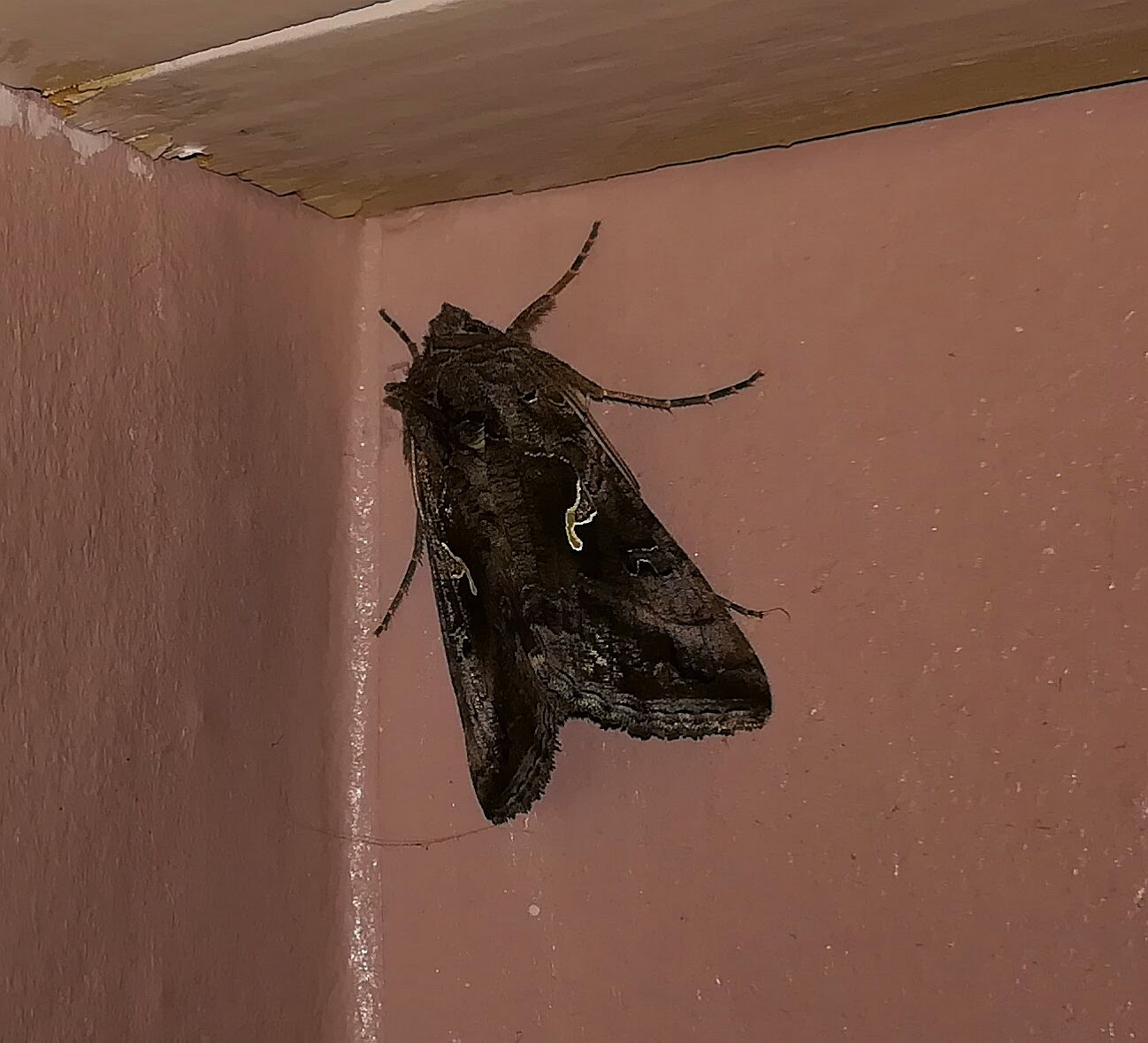 Posted by Simon Douglas Thompson at 12:53