A Comma in the Sunshine

I got in another run today, a little quicker but also a little shorter - 7.3km.

I wasn't in time to get to Rumbles for a cup of tea, so I had to go into town for a different treat - a can of Rubicon guava drink, quite simply the best single canned drink there is in my view. Bloody zingy and refreshing.

Of the run itself, one little highlight presented  itself. I'd gone along the cycle path along the railway line to see if the various still flowering budleia bushes were attracting anything in the sun.

And indeed they were, for on one of the larger bushes just by the bridge where the older drinkers go at night; the teenage dope smokers use the bridges nearer the pond. It was a lovely comma, wings with those peculiar leafy points, the grammatical symbol that gives the butterfly its name clear on the underwing.

There's been so few of these late season second flighters this year - barely a peacock or red admiral to be seen either. This strange year seems to have done for them, while others like meadow brown, small copper and holly blue have done well.

All text and images copyright CreamCrackeredNature 17.09.18 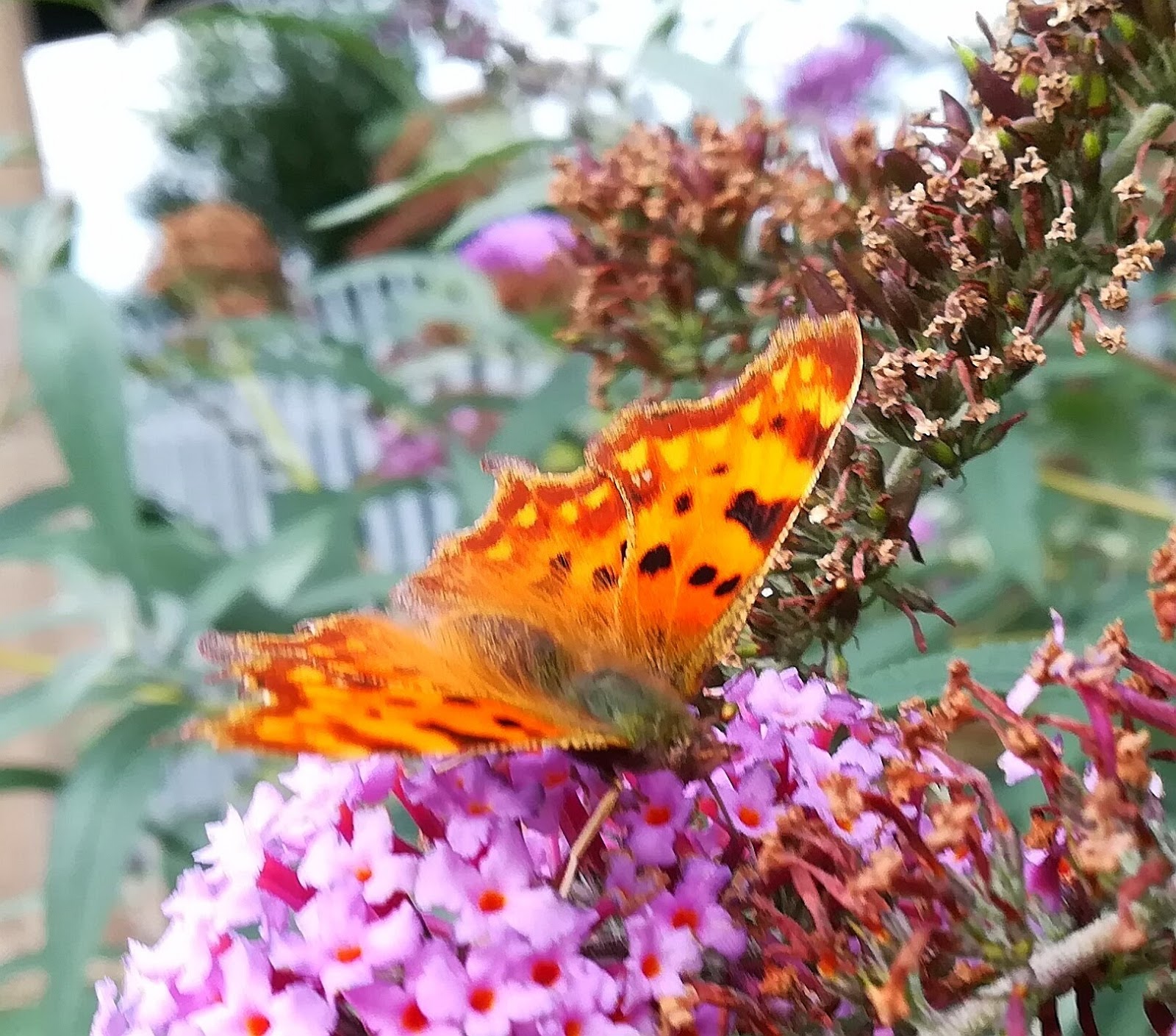 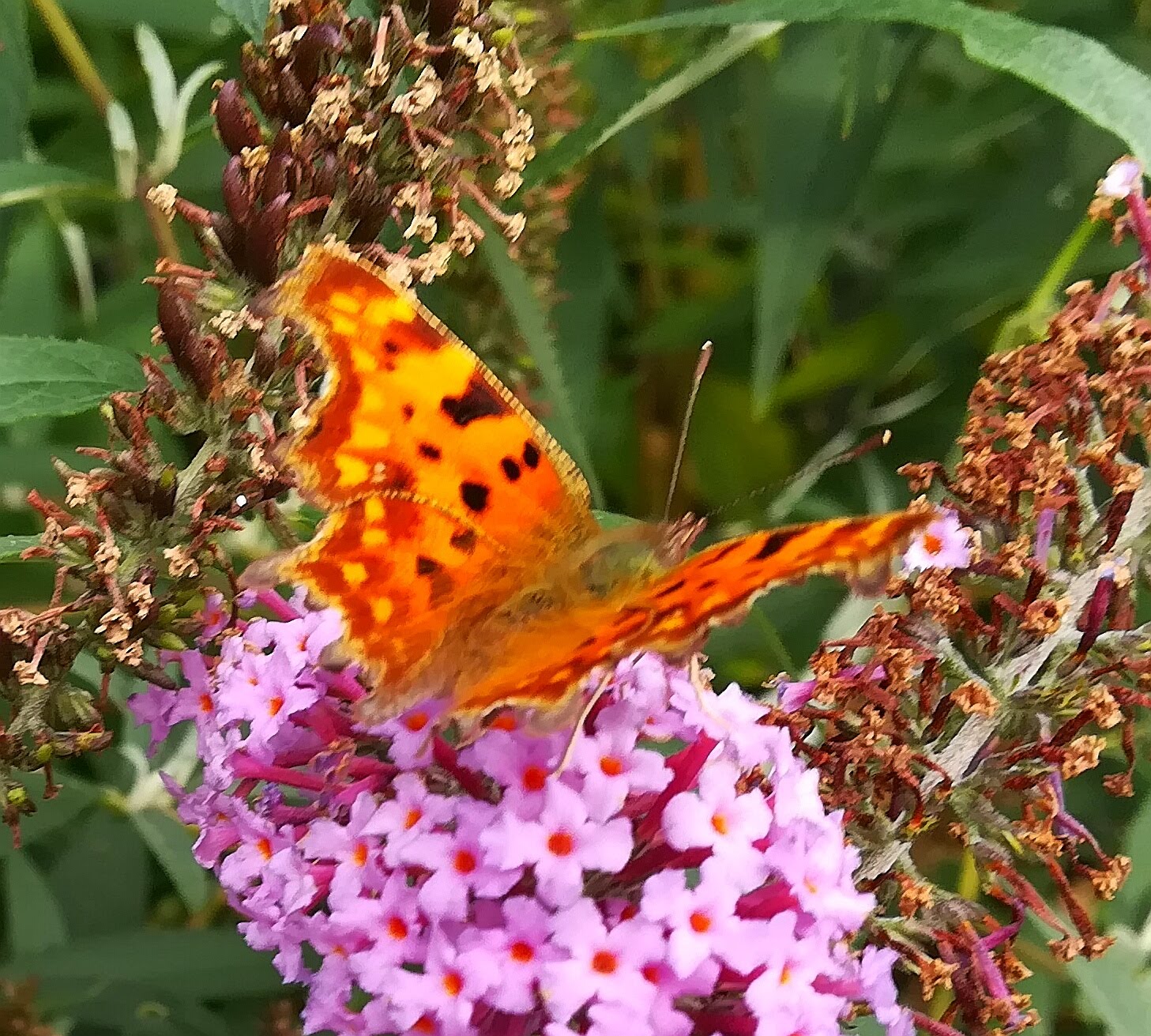 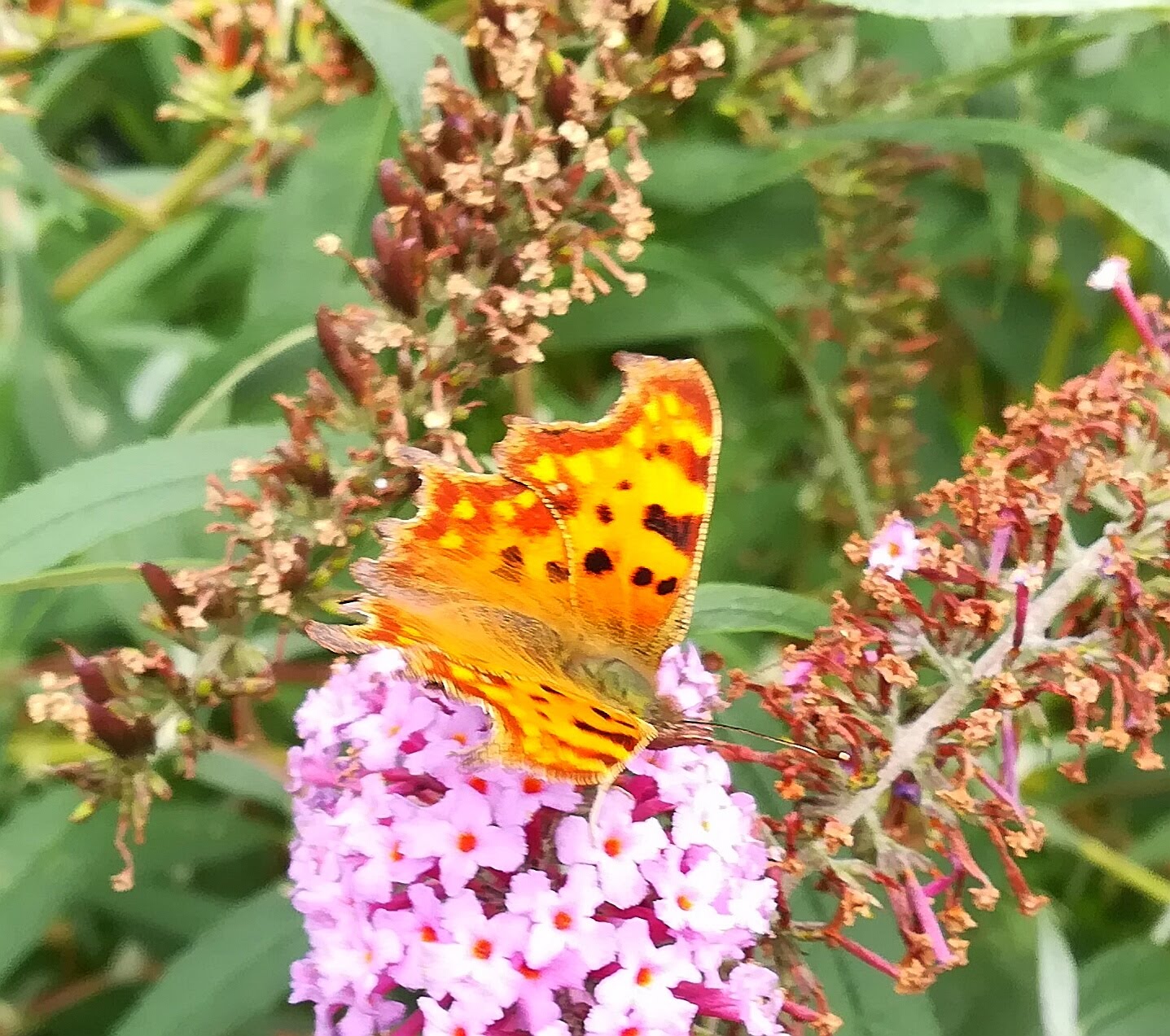 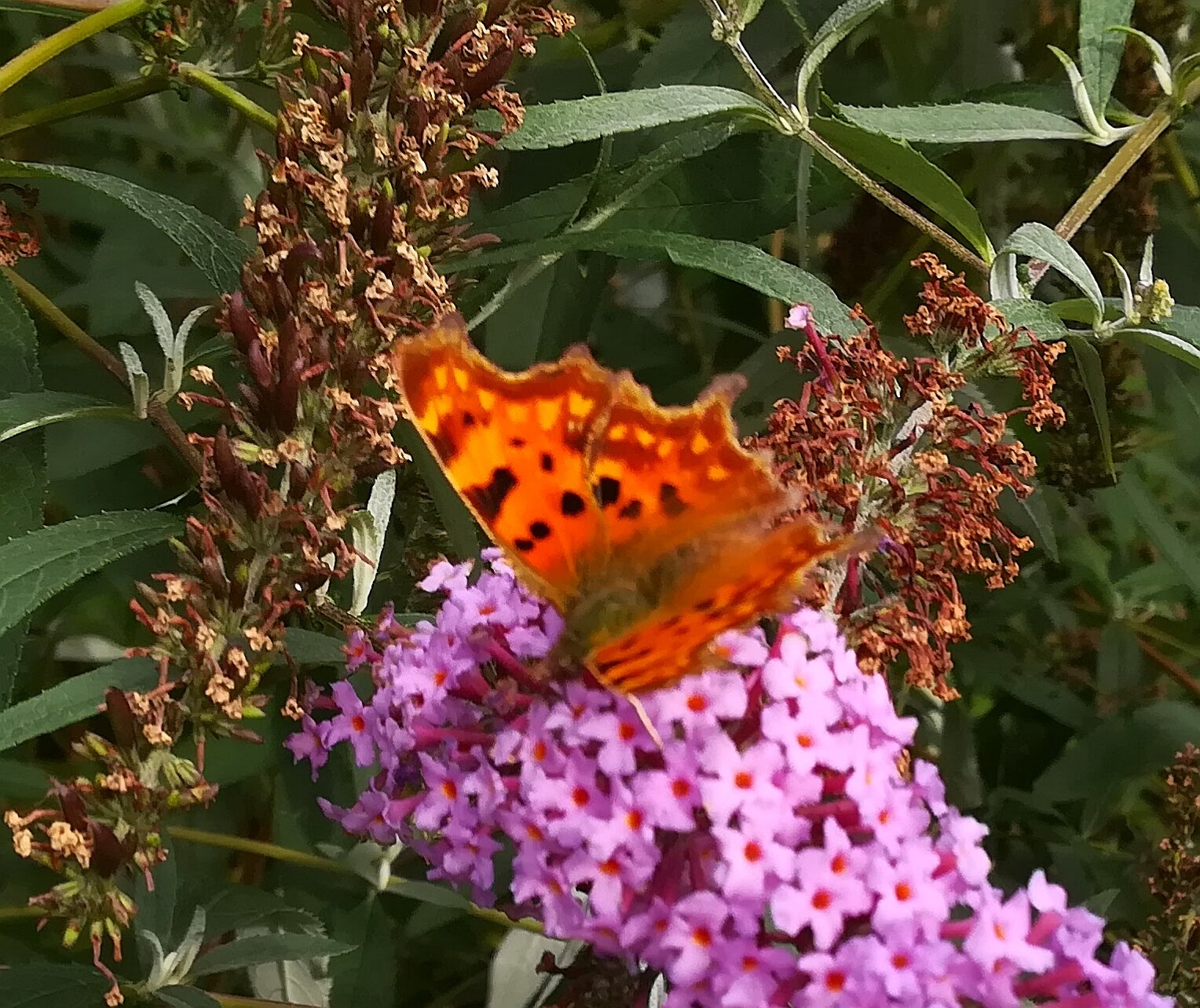 Posted by Simon Douglas Thompson at 13:18