As someone who has Tourette's, the appearance of a Batak Wall at work for some commemorative ceremony or other had me really really excited...

For those who don't know, a Batak Wall is a sort of square spiders web, on which are placed various illuminated buttons. They light at random, you have to press the button as quick as possible. How many can you get in a minute? There's the question.

I asked the guy who was running the Wall, and he said he could do 50 but then he had a lot of practice. "What would be a good score for me?" I asked.

I had a go, lunging about, flailing, trying to be the fast man, the coiled spring, the cobra, the panther.

I got 27. I was devastated. Oliver Sacks has stated that Tourettes people tend to have very sharp reflexes...I felt like a fraud. Indeed I was almost crying. Virtually everyone else who went on got 30 or so. I felt the embalming fluid creeping round my veins.

I then had another go, taking time to relax, breath deeply and slow down, and not be all convulsively lungey...take it easy.

I've been running tonight, an incredibly muggy night, running down and through Balderton, along the main street of the old town and then into this seemingly endless estate with every house the same...two storey flats, illuminated lightwells, not a soul on the streets apart from a cat I urged not to go on the road...people behind the curtains all watching the same television programme. Then there was greenery, and Chuter Ede (odd name) school with its sign commemorating the torch relay for London 2012 that passed here.

All text and images copyright CreamCrackeredNature 09.12.16 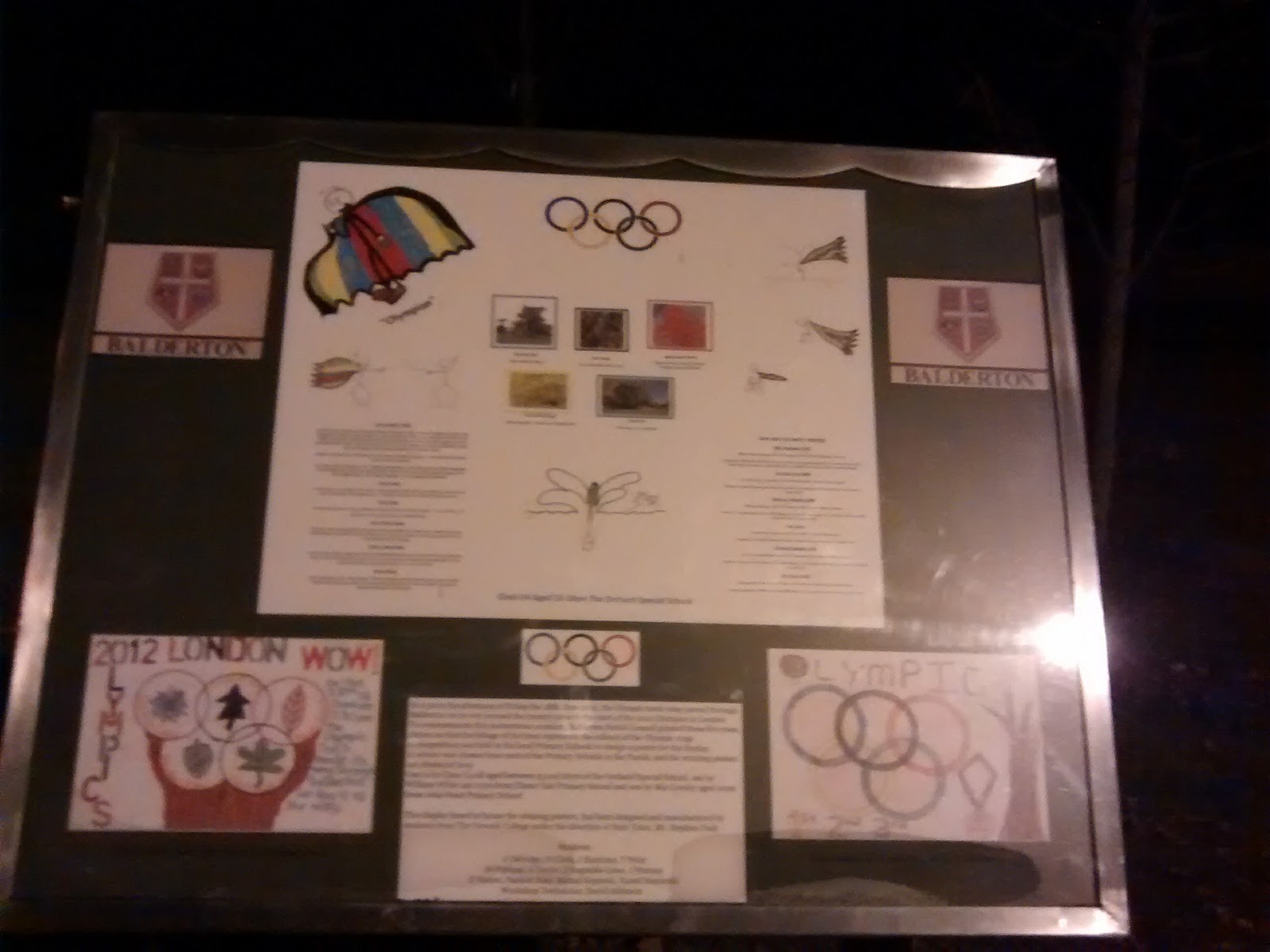