Still got sticky old warm weather although that largely unfamiliar celestial yellow thing has had a couple of days off, and hopefully will not clock back in until I'm next off work.

Today was tea in the park in the morning, while watching the swallows perform aerobatics far in excess of The Red Arrows. It's my favourite time at Rumbles cafe, when these beautiful birds fly in over the cafe roof and then drop to ground level - almost literally, they are barely an inch off the grass - and sweep up insects, by now starting to fuel for their migration.

I watched one pull 360s in the air, turning in a circle barely a metre across while flying at full pelt over the flower beds, its tail fanning out to act as a brake, it's white belly presented to me for a split second.

And then it was gone, dipping its feathery shoulders, and diving down low with those characteristic powerfull "pulled back" sweeps of its wings so very different from the jittery flutters of a swift.

No swallows seen in the afternoon, as I ran around the two lakes, where a charming elderly couple with a bag of brown bread and some grain, had attracted every canada goose in the county. It was a lovely vignette, not so lovely underfoot however...

I had to run rather gingerly!

All text and images copyright CreamCrackeredNature 26.06.15 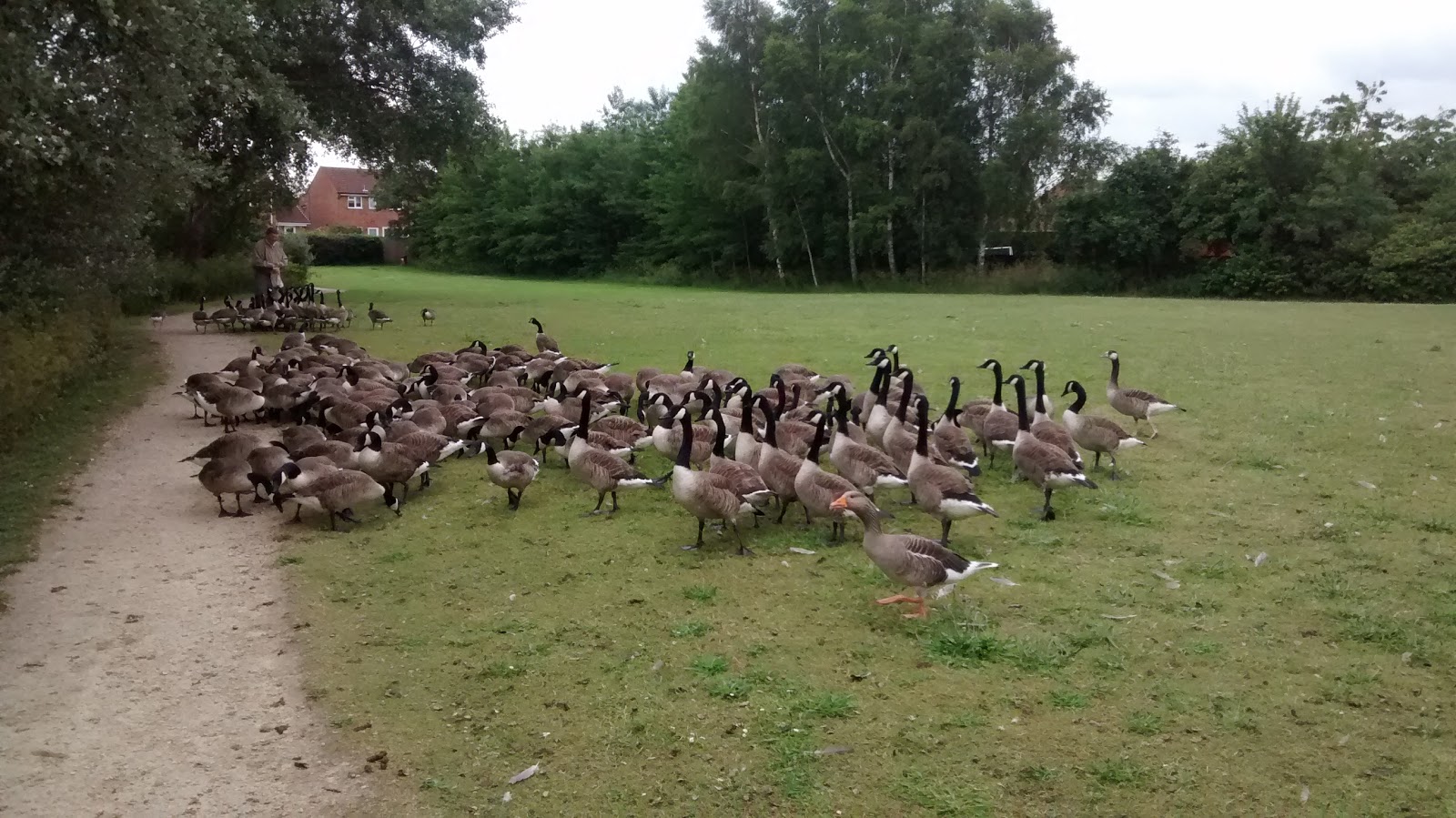 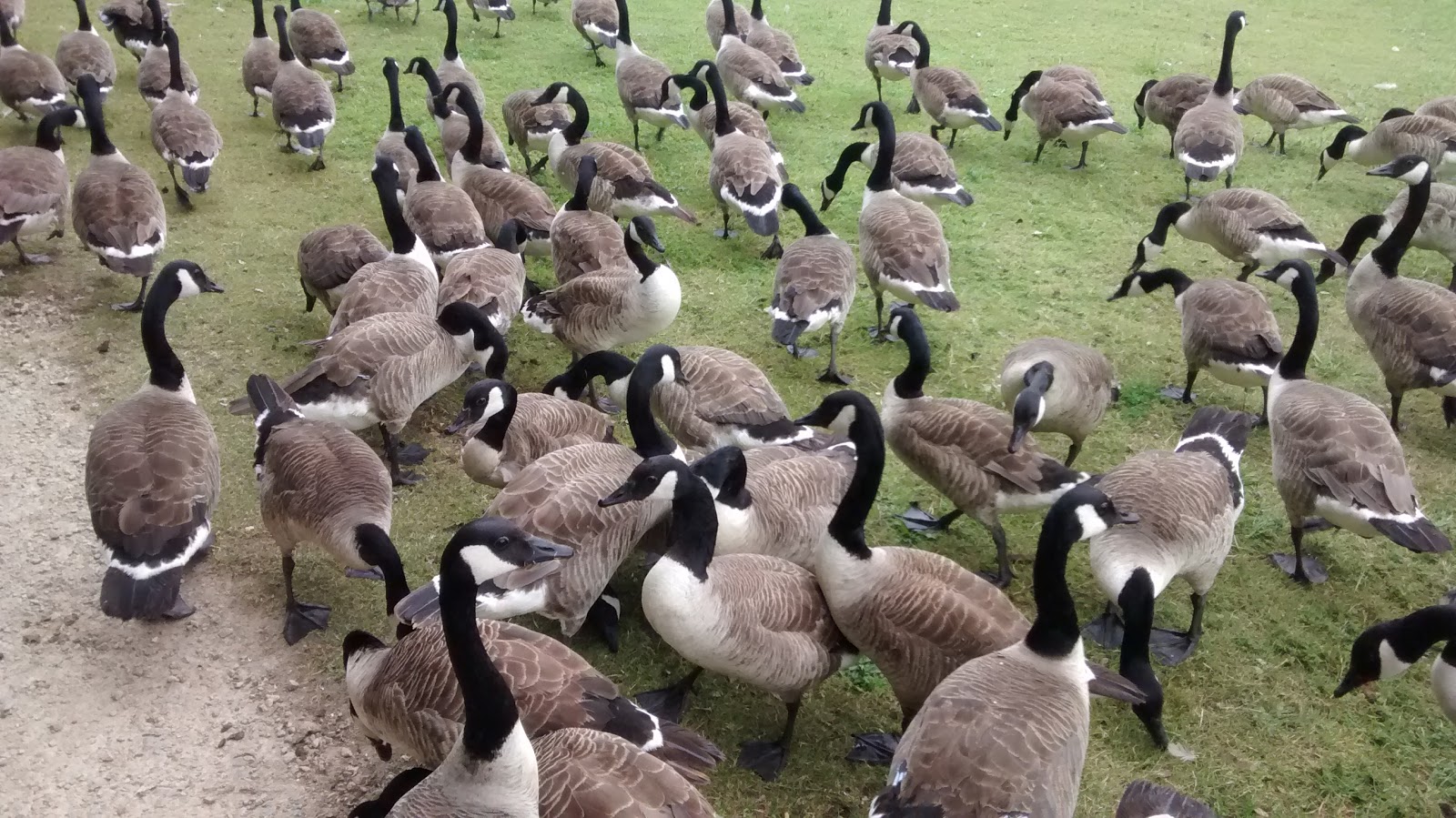 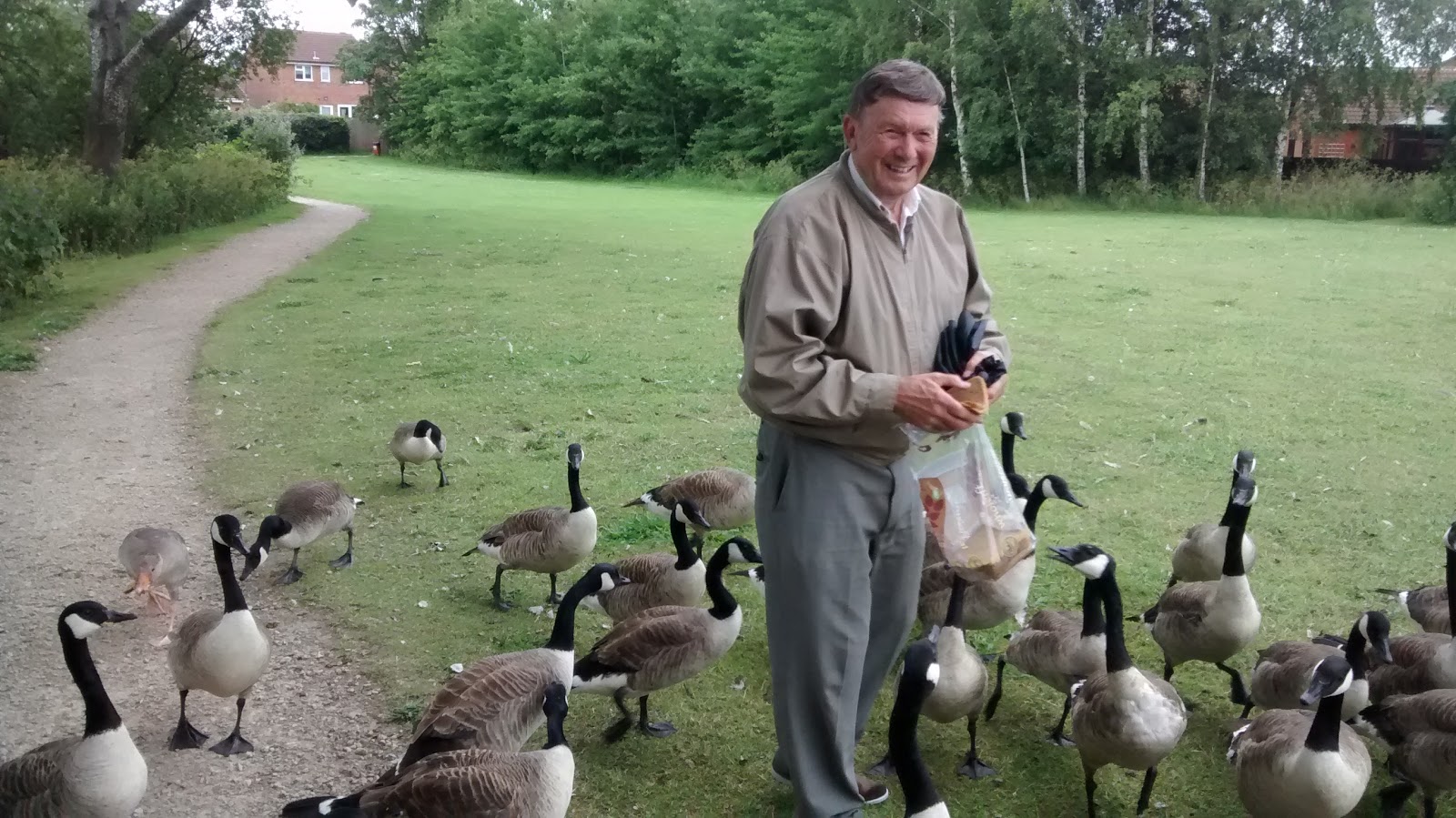 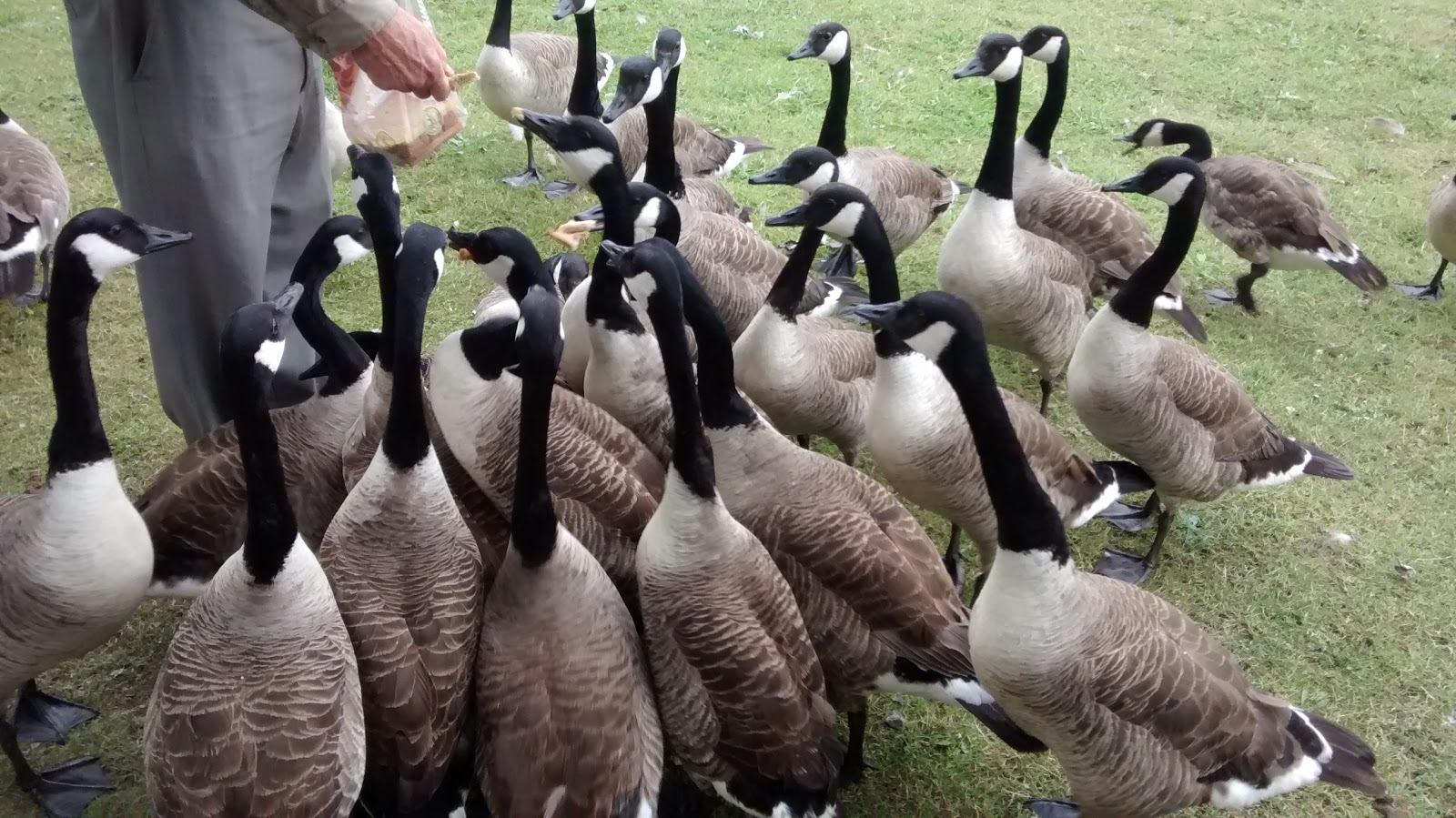 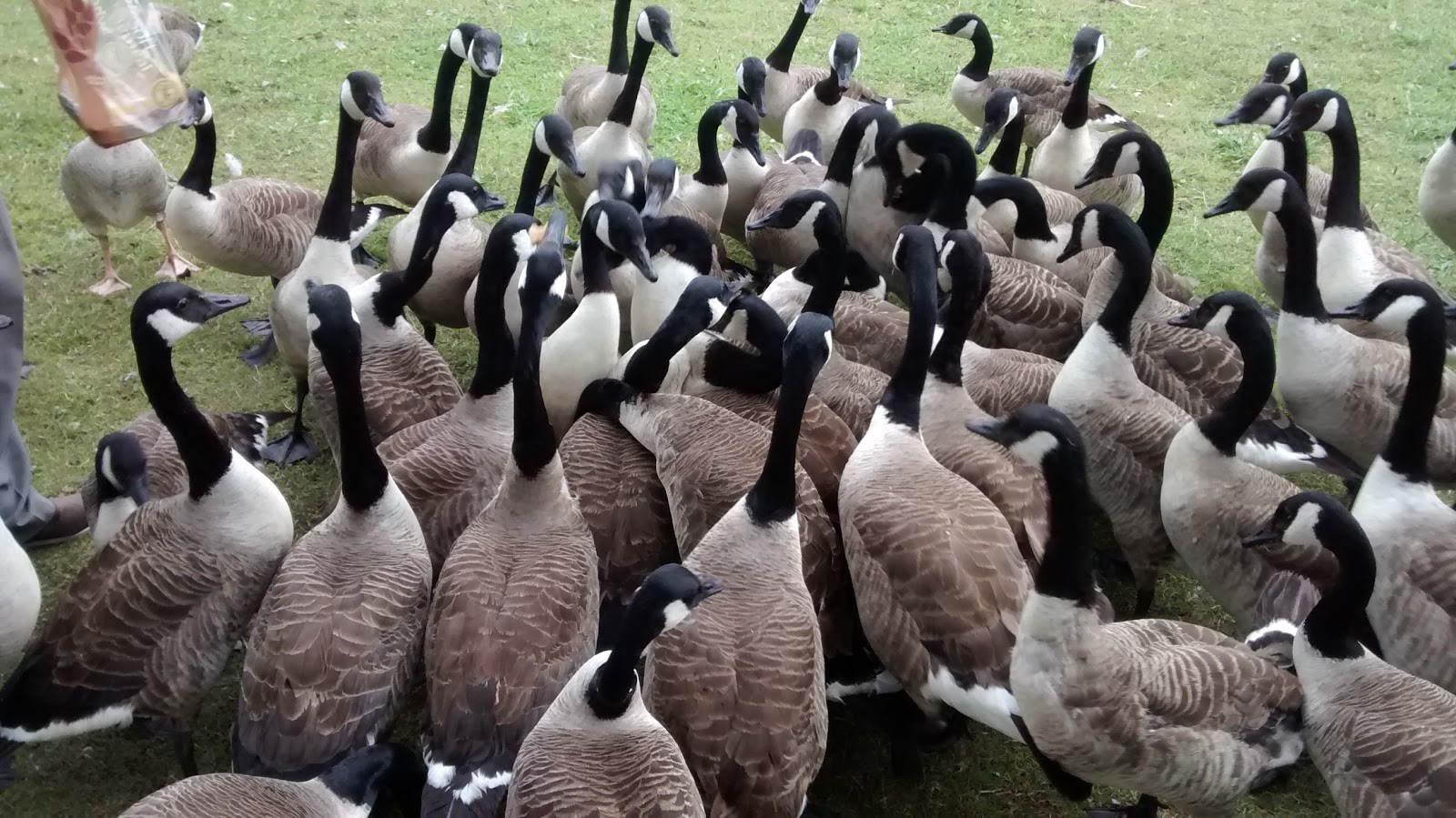 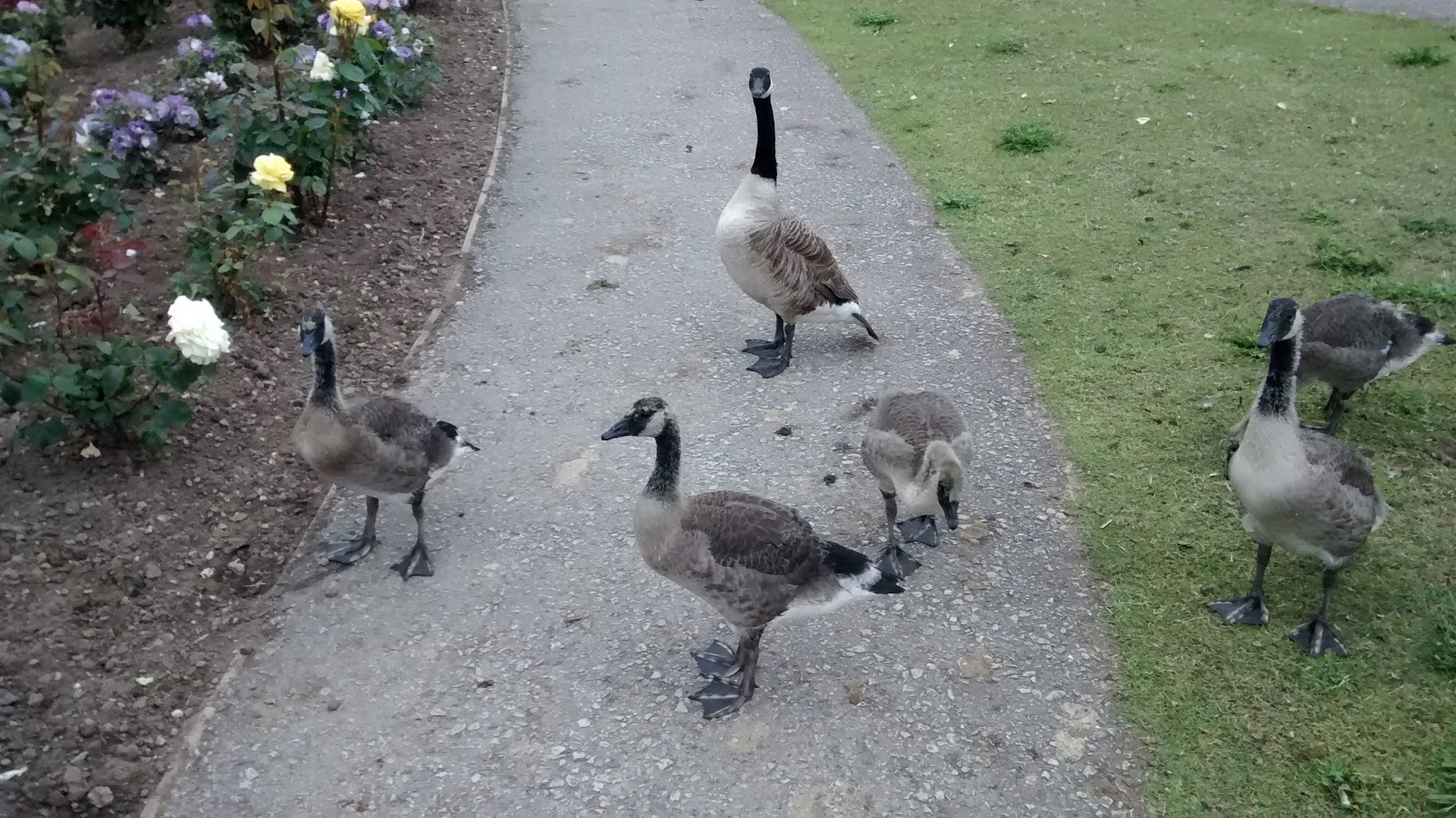 Posted by Simon Douglas Thompson at 15:57