With the clocks going back an hour and thus hastening sunset through the office windows, I'm getting to see all sorts of stuff just before home time.

The other day, some fantastic low level formations of canada geese flew over the car park, honking away against a deep twilight, flying at speed and looking like an air force. I'm not seeing the mass pied wagtail roost yet, but I'm now on the wrong side of the campus.

I will cycle over on my way home, to the trees that they roost in.

What I'm also seeing in large numbers are big flocks of crows -  probably more likely to be rooks than carrions? - heading overhead usually about half an hour before sunset. I don't know they have been spending the day doing, working freshly ploughed fields perhaps, but they are going over in flocks over a hundred strong, cawing away as they fly towards the sun.

The two shots I've got aren't the biggest sky murders I've ever seen, nor the lowest. They aren't easy to  photograph with my mobile.

But it's what's happening up there!

All text and images copyright CreamCrackeredNature 03.11.18 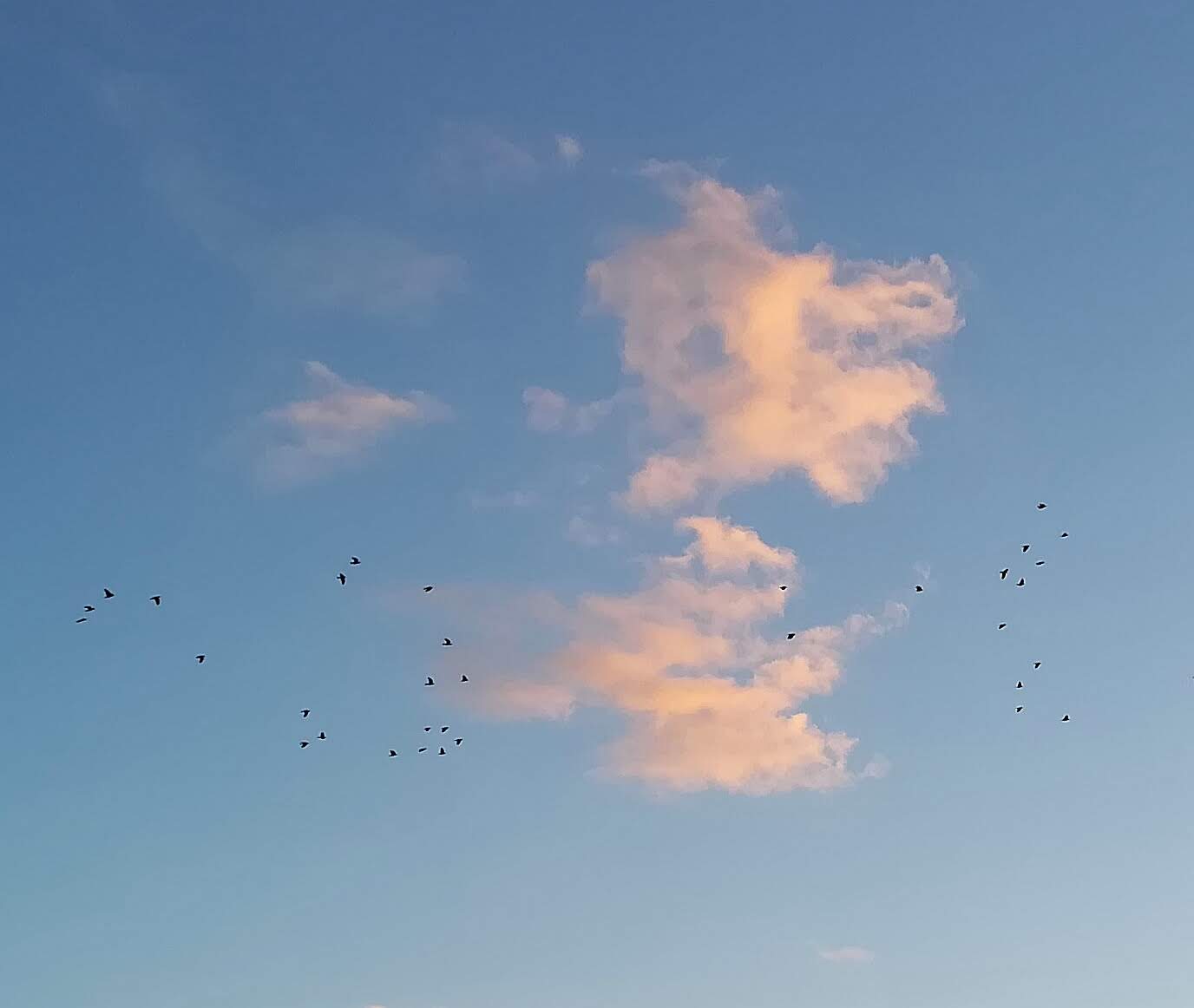 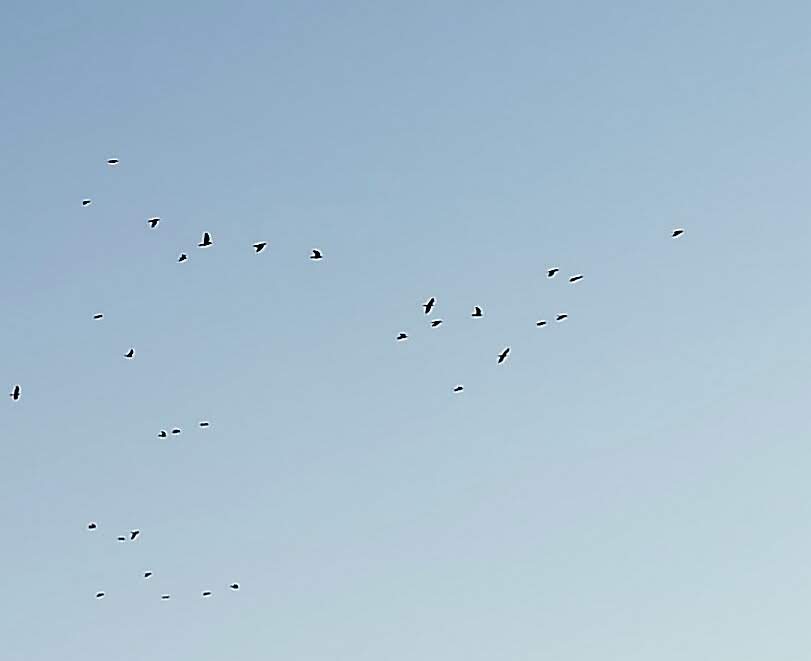 Posted by Simon Douglas Thompson at 14:15