I've had a busy morning, getting what's sort of left of my hair cut and buying new running shoes, but I still managed to fit in a project I've been meaning to for a little while.

Not the ghost signs, that requires more work as they are far more spread out around town and I wasn't planning walking any further away from the town centre than lunch. What I was able to do was actually collate Newark's art deco heritage in one place, on a swift walk around the perimeter of the centre, and bring them to you here.

Art Deco, christened as such by the famous architect Le Corbusier after a 1925 Paris expo showing off  "Arts Decoratifs" is something you've almost certainly seen without perhaps realising it. Characterised by geometric polygon forms, chevrons and starbursts, the world's most famous example is probably the Chrysler Building in New York, completed in 1930. Ocean liners of the time were inspired by its forms. French art deco  "Swallow Clocks" turn up on antiques programmes all the time, nestled amongst the endless Clarice Cliff pottery.

The form in the UK is quite uncommon however, the Daily Express building in Manchester being perhaps the best known example, although I would much rather watch retro aircraft taking off from Shoreham Airport near Brighton for my personal dose of the style.

Newark then, is relatively blessed in having a few surviving examples of the style, preserved due to the heritage status of the town centre. You can walk around the best examples in less than ten minutes.

First up is the Ladbrokes betting shop at one corner. Formerly this was the town job centre but originally was one of the two Burton's shops in the town. As you will see, they have previous in this department. 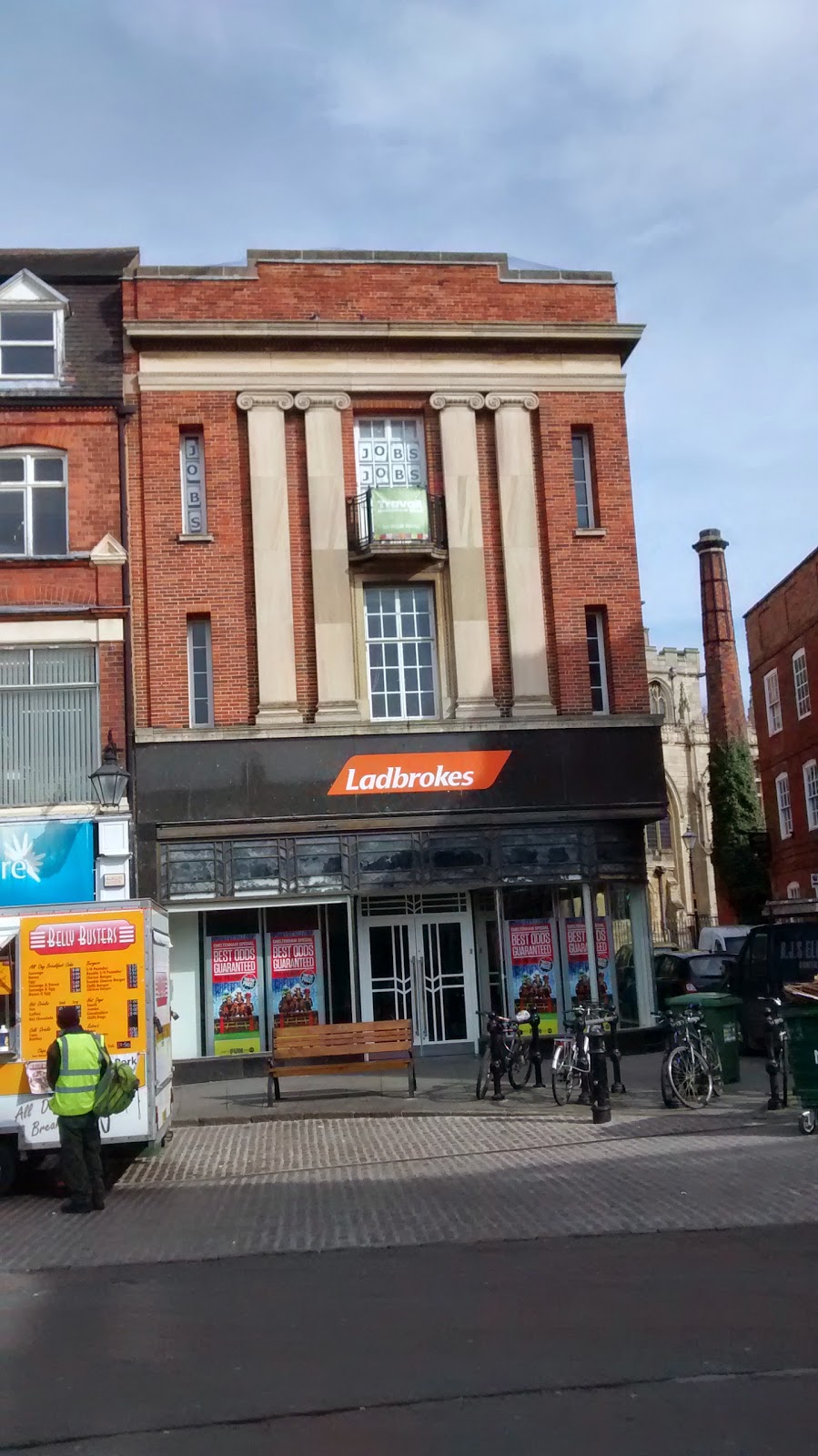 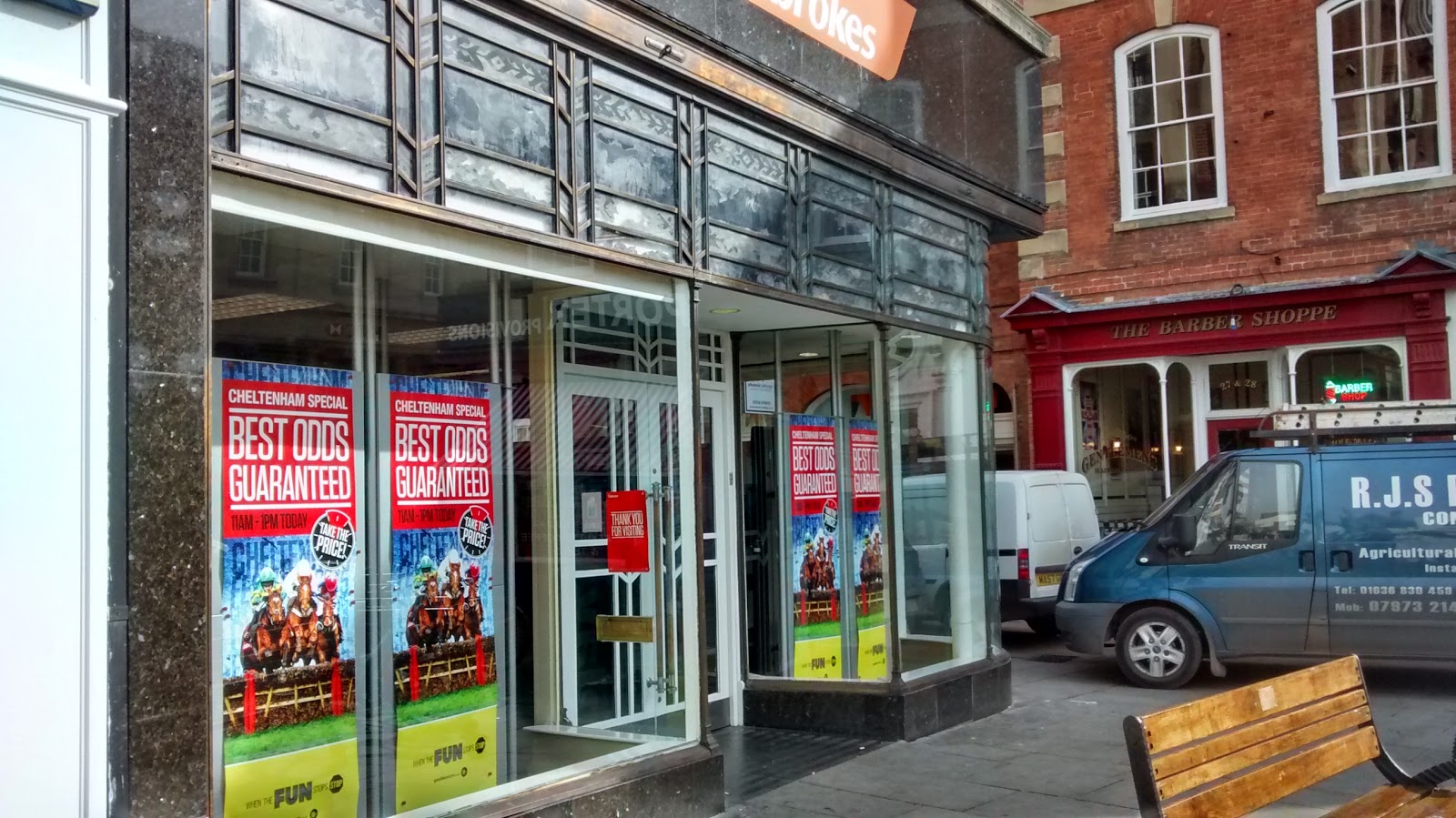 Leaving the town centre heading North, you pass this absolute dream of a  jewellers shop (psst, not Art Deco but stunning)... 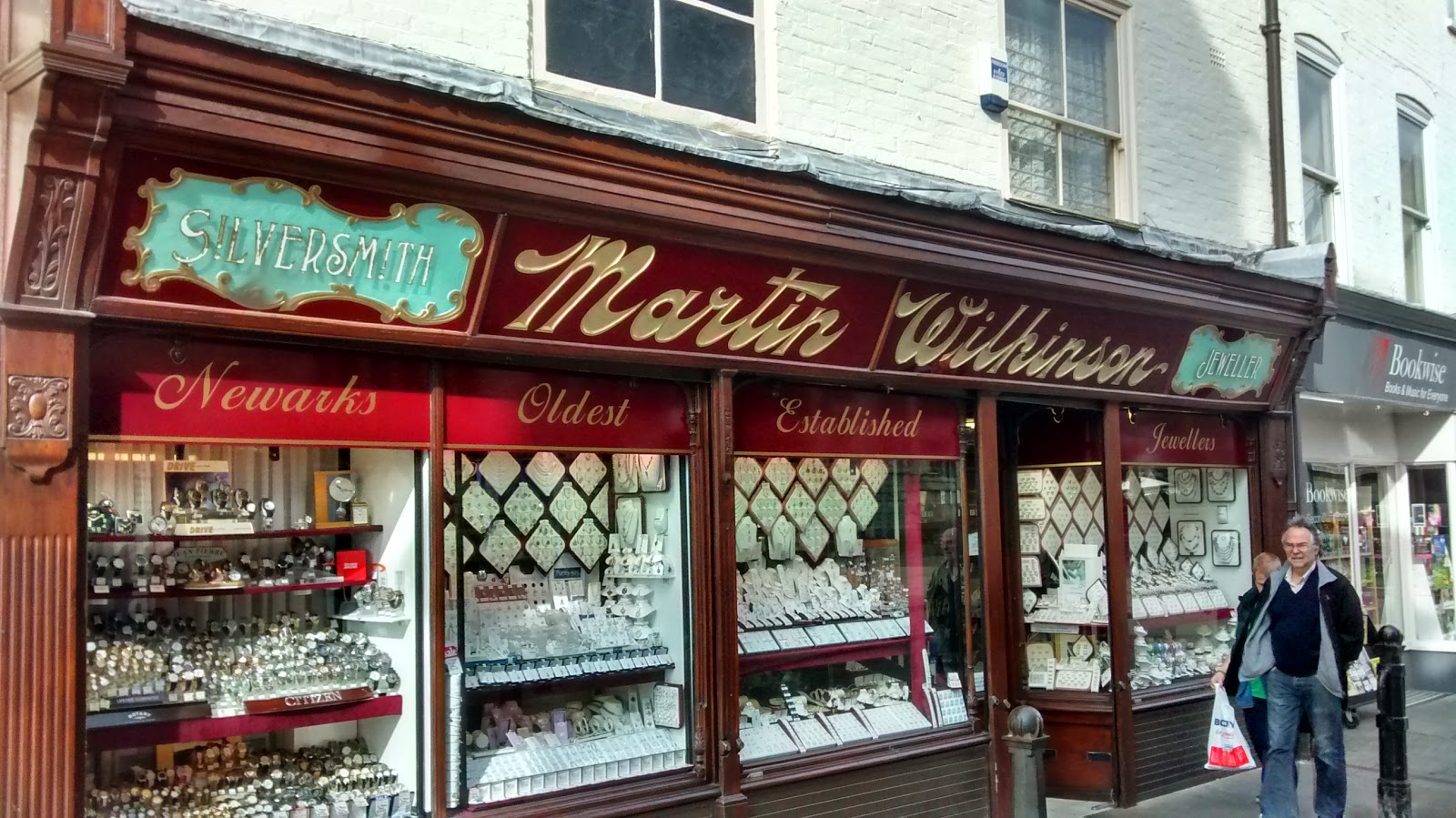 ...and arrive at the theoretically not terribly promising frontage of, er, Pound Stretchers. I'm no expert - what, you mean you hadn't realised? - but I wonder if this is an art deco inspired pseudo-column design. 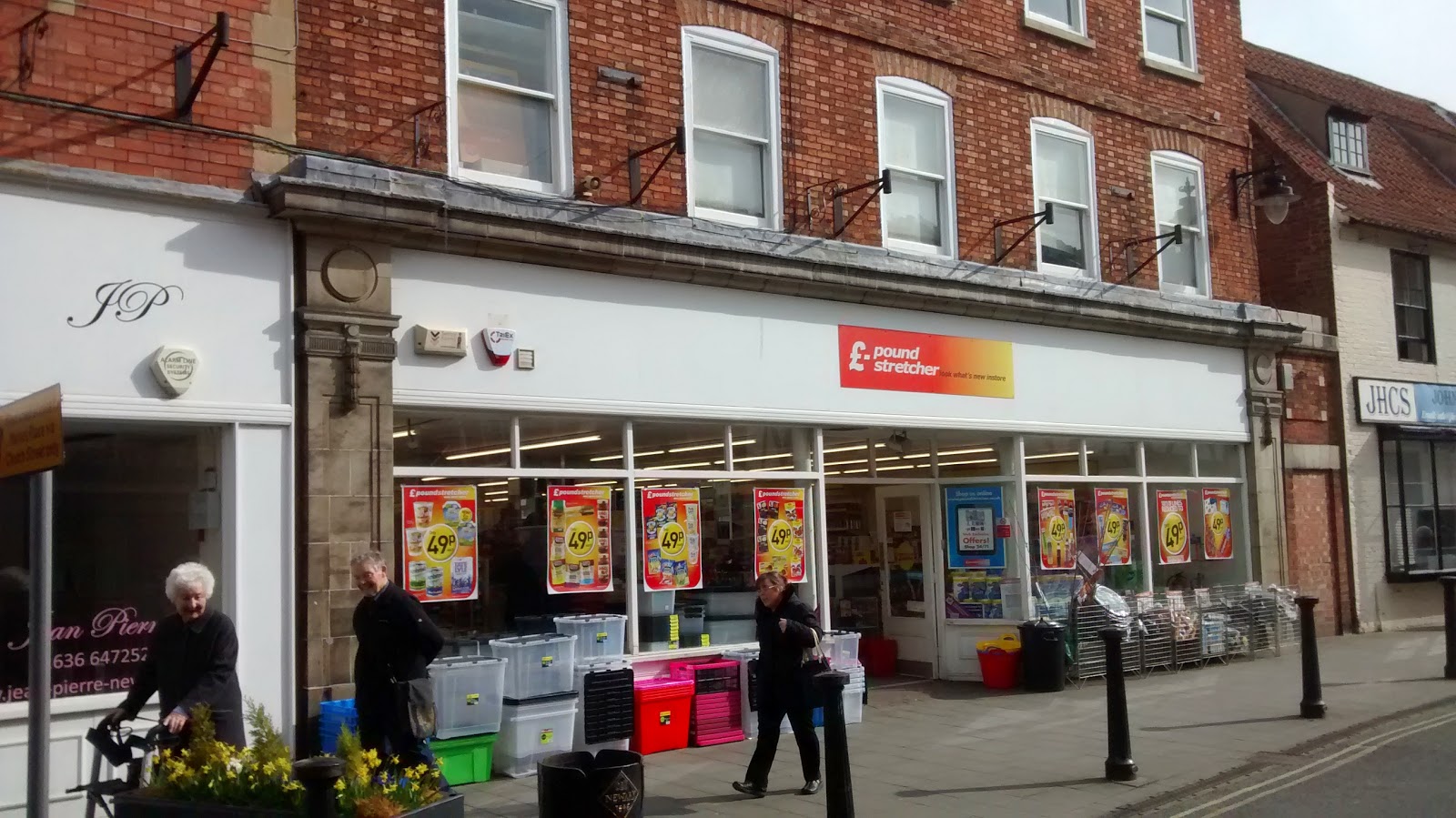 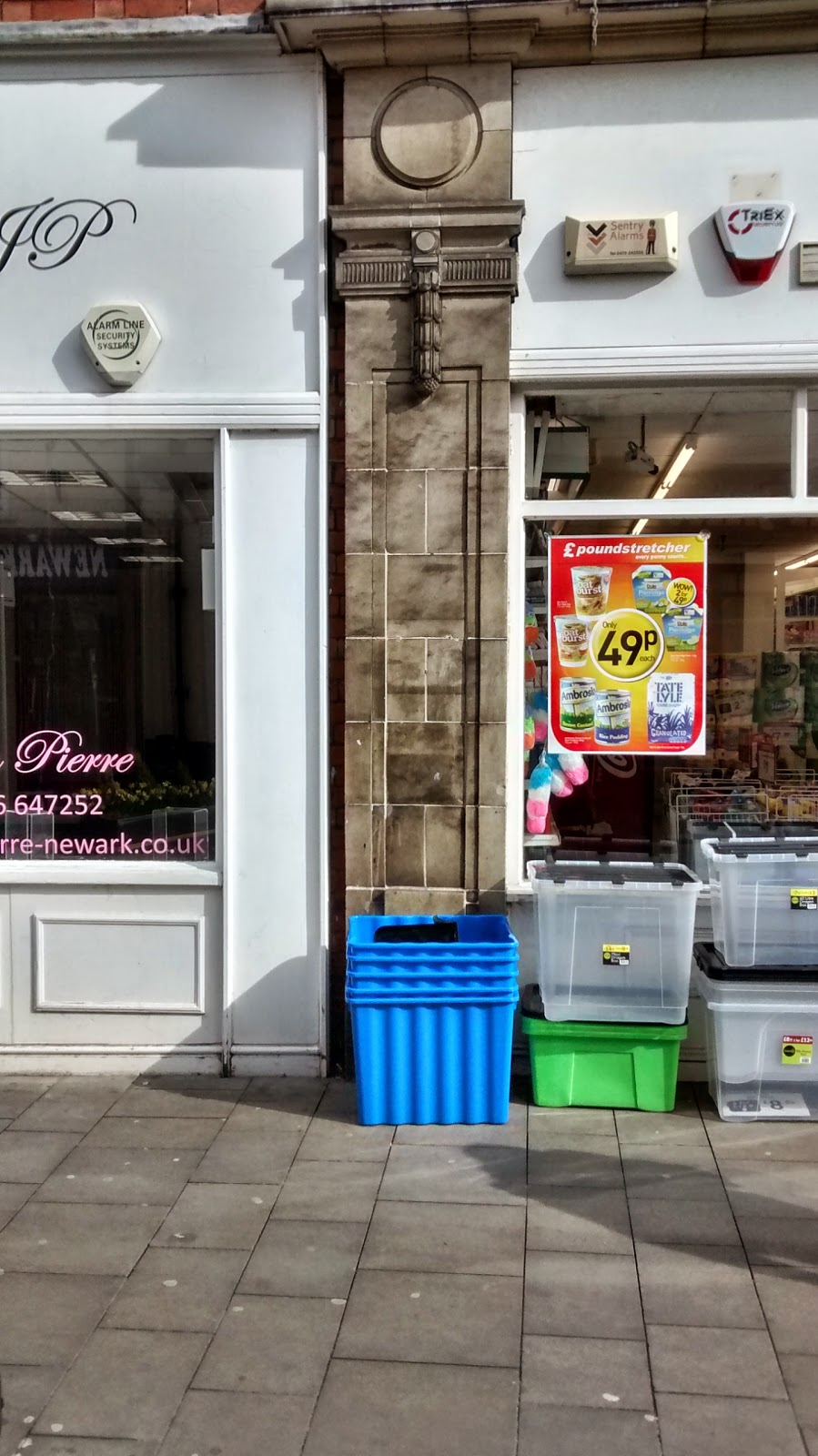 Middlegate boasts probably the town's most stunning example, the glass tower of the old Odeon cinema. We have a new Odeon cinema in Newark that tries to ape the deco style - in fact I can see it out of the library window behind me - but it is nowhere near so attractive. Note one of the UK's last surviving Wimpy bars, an icon of another time period. 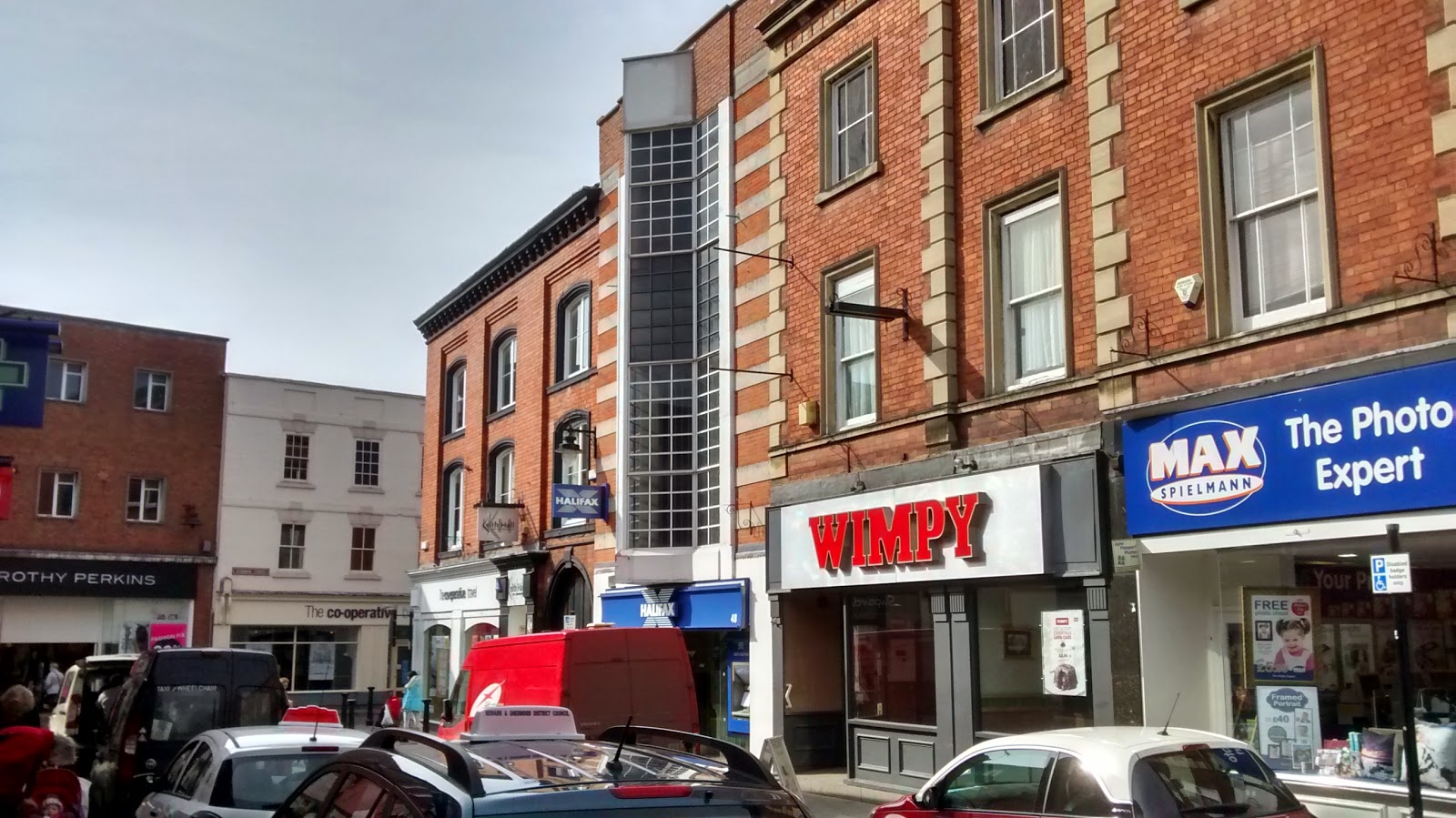 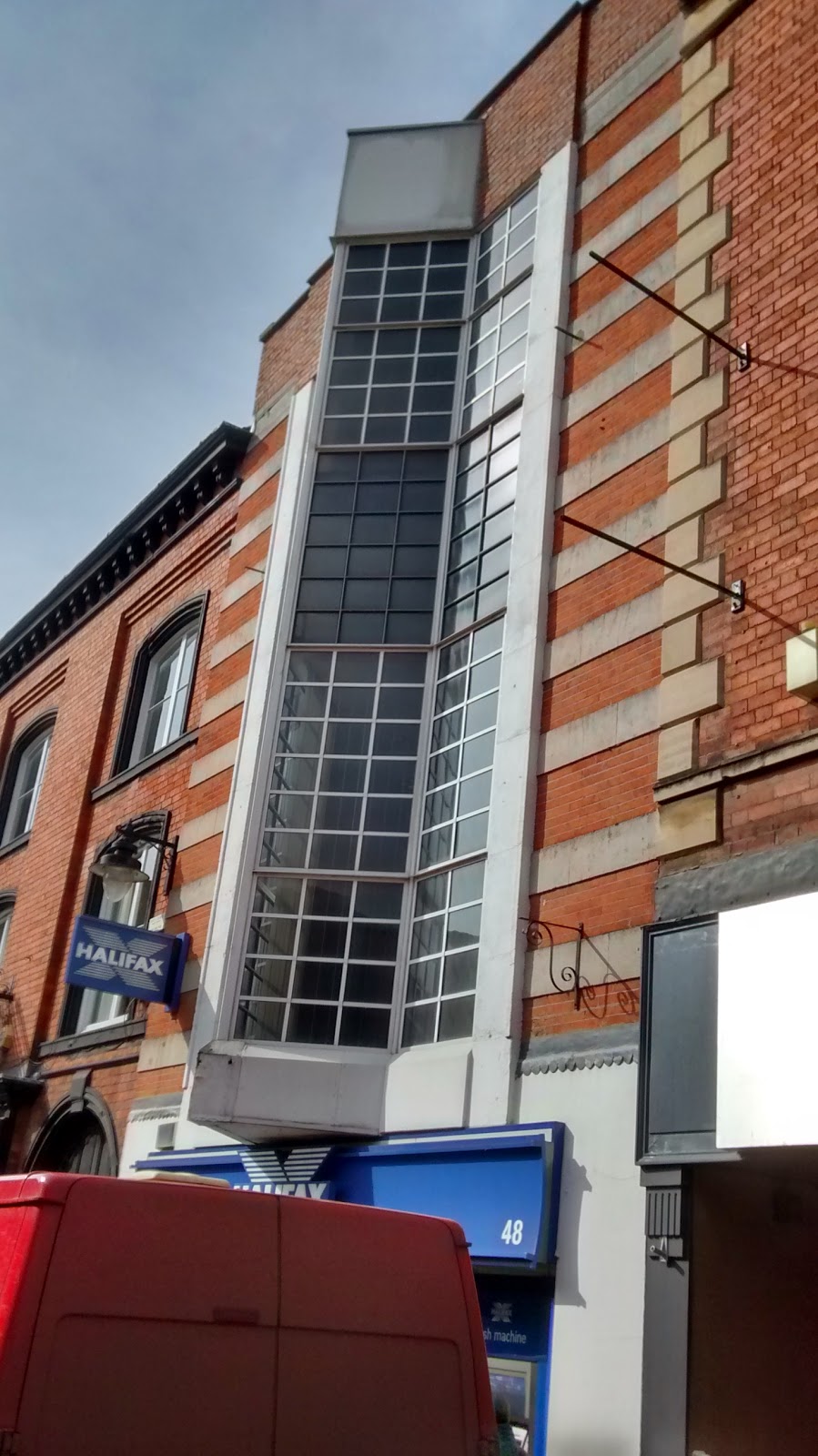 Just around the corner there is Marks and Spencer, showing off the classical form of the style. I always find that style of window an absolute deco giveaway. 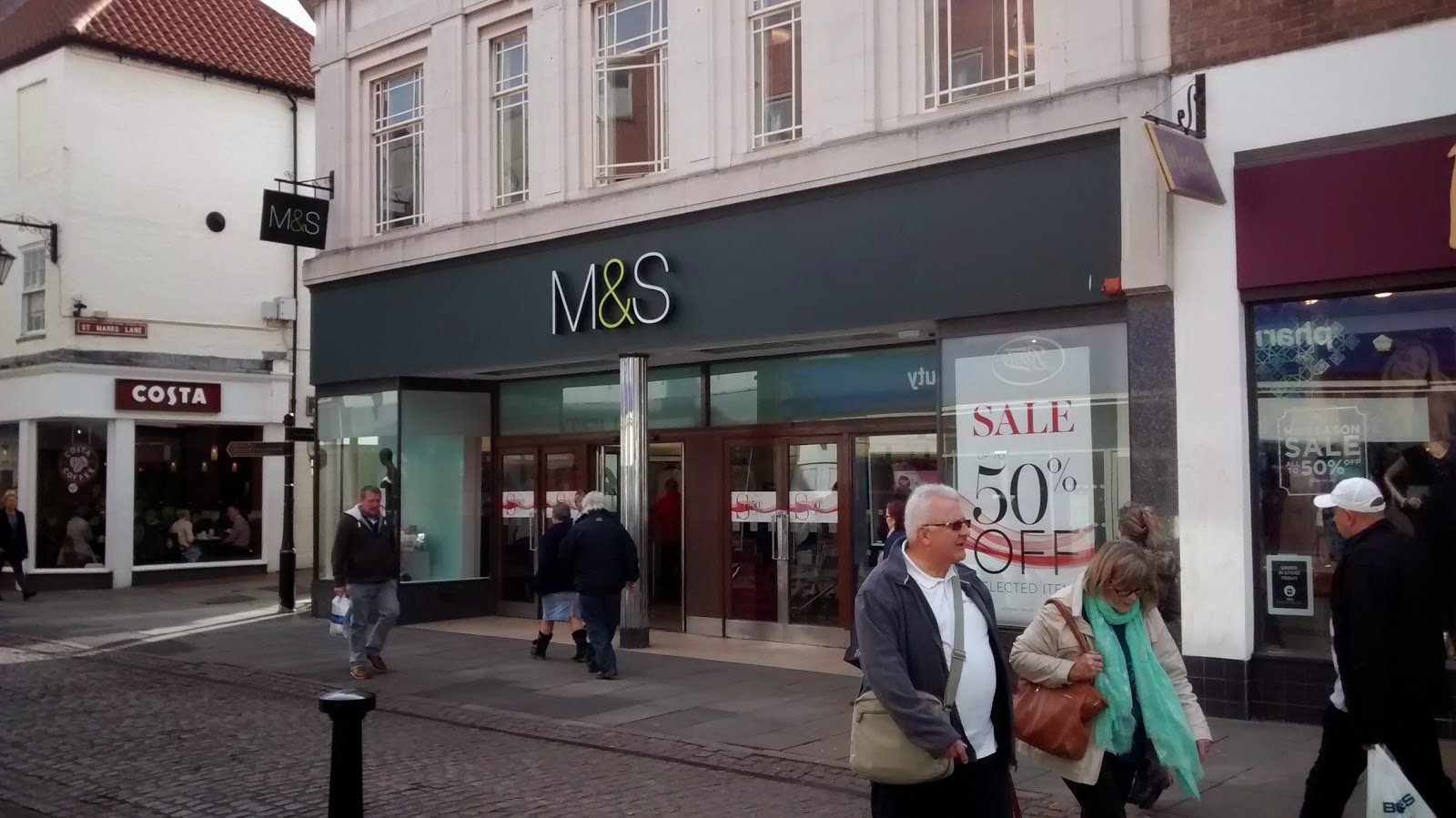 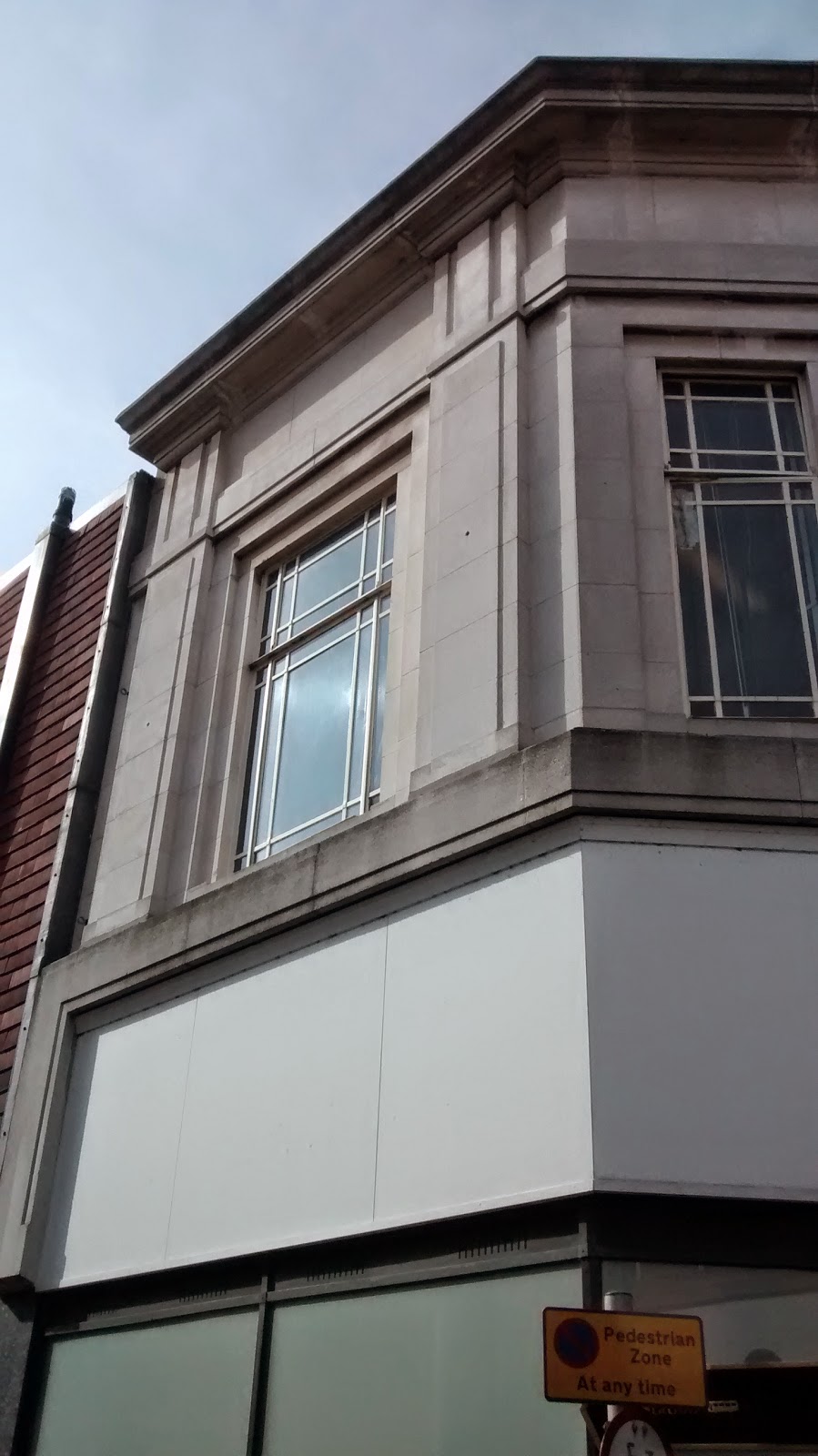 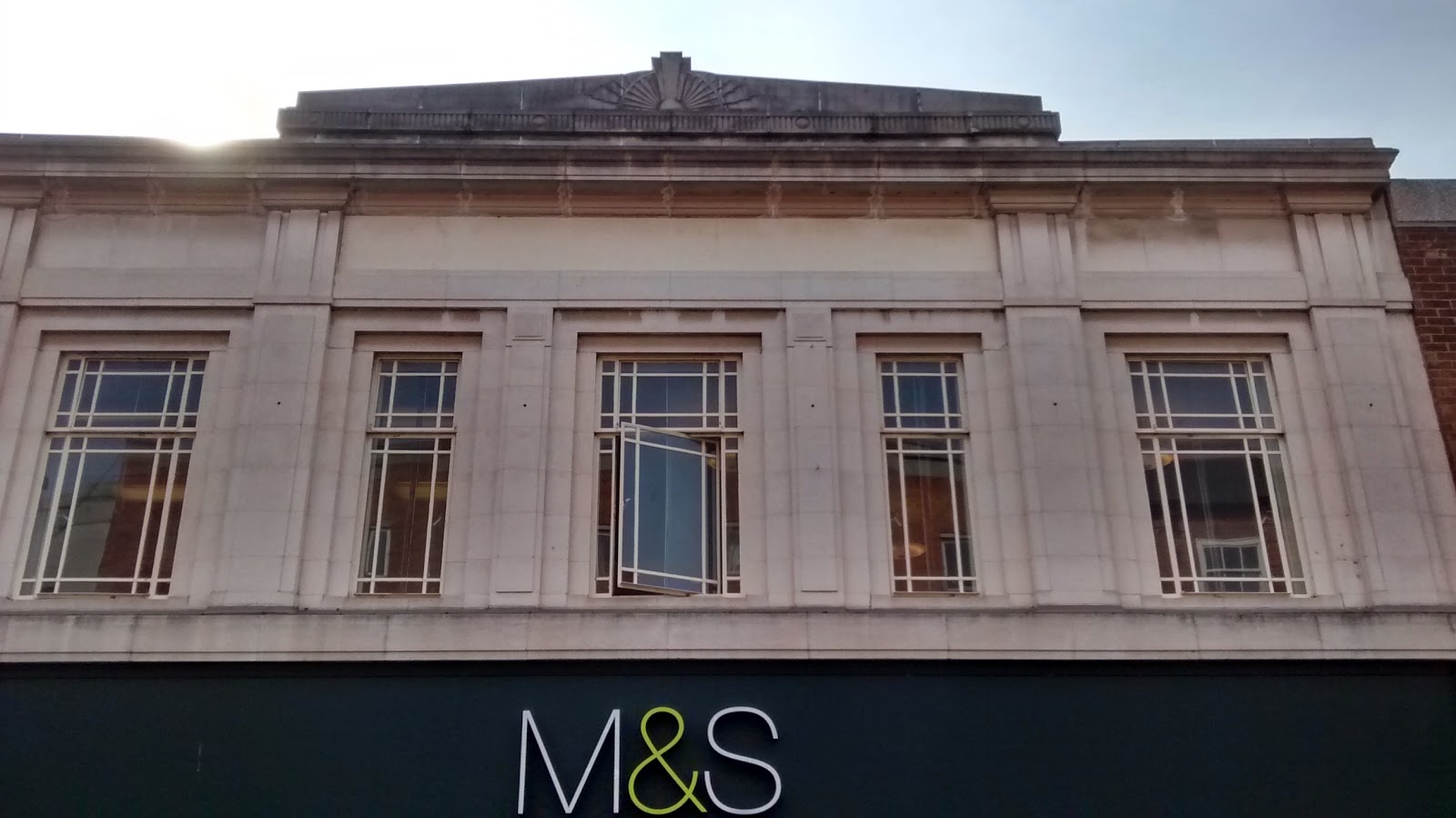 And then to finish off, the other Burton's in town. I'm told that this design is typical of their stores from the period; apparently the one in Brighton is very similar. I love the window, which reminds me of the "oyster" ice cream wafers much beloved of my grandmother in Scotland. 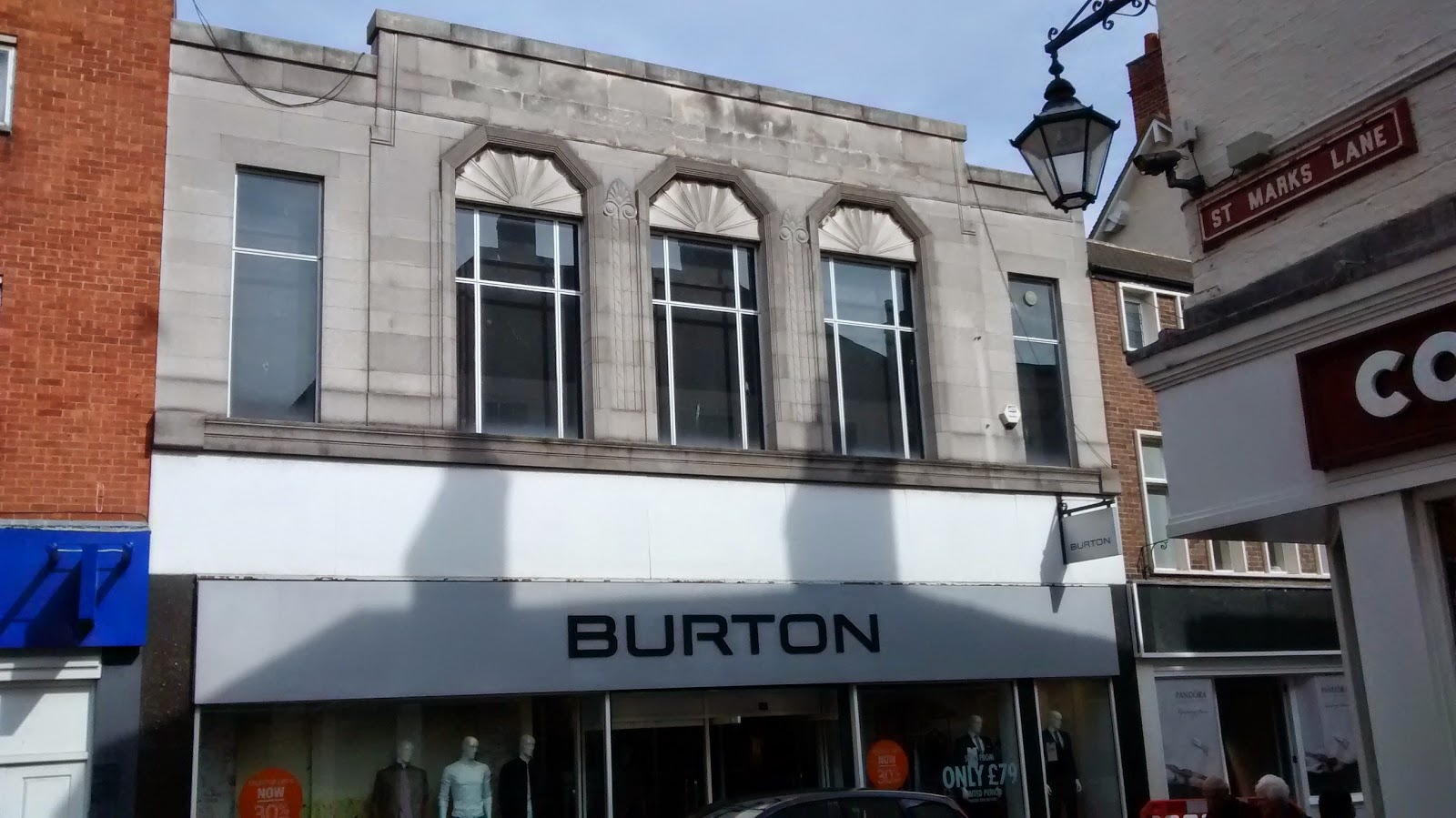 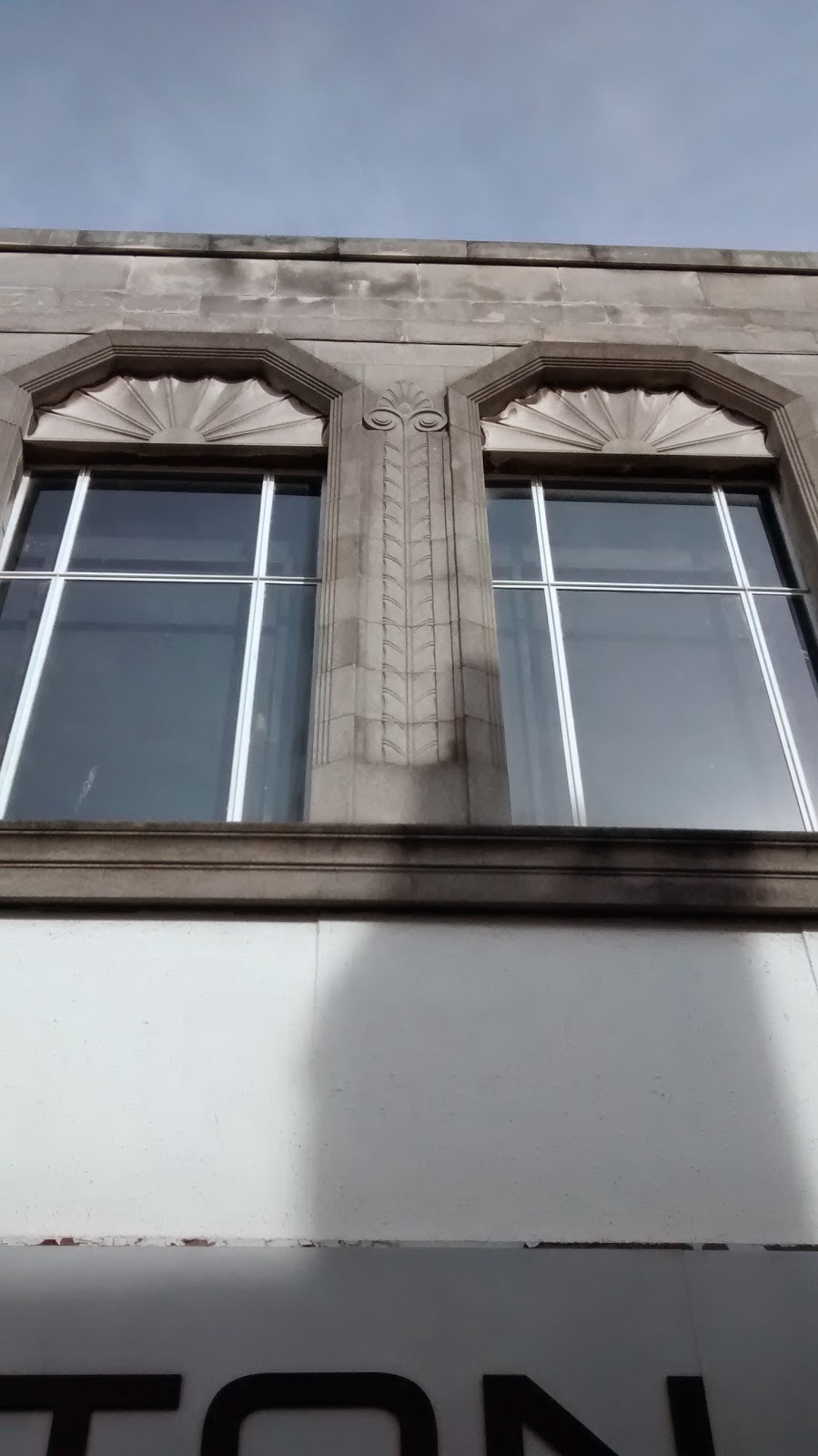 Well, I hope you enjoyed that little trip through the style heritage of Newark's town centre, with your inexpert guide. Keep looking up, you never know what you might see.