The Warmth Sends the Flutterers Aloft

I knew today was going to be the first big butterfly day of the year, the weather forecasts had been so good that to see butterflies today was expected, rather than hoped for.

And so it proved.

I got to the park, and as I walked up to the old oak wood, a peacock was flitting about, occasionally settling on a plant for a sunbathe, but not letting me get anywhere near it. A brimstone, the true harbringer of spring, flew by in the opposite direction, glinting lemon yellow in the sun.

As I got on the field, small tortoiseshells flew up from the path in front of me. Others spiralled in mating flights, or seemed to fight with peacocks in the air.

The blossom is starting to fall, and there were less bees working on it than I thought there would be. I remember springs when the blackthorn trees were alive with with buzzing.

What was interesting that in the glimpses I got, the peacocks were in much better condition than the small tortoiseshells, which looked a little ragged.

After the park, kept on walking, lots to see but not near enough to photograph. It was once again next to the cycle path where I was able to photograph a settled peacock and a comma, albeit very awkwardly indeed, ankles wrapped in undergrowth and trying to lean over as much as I could.

Lluckily for me, these two flutterers were a bit less skittish!

All text and images copyright CreamCrackeredNature 29.03.21 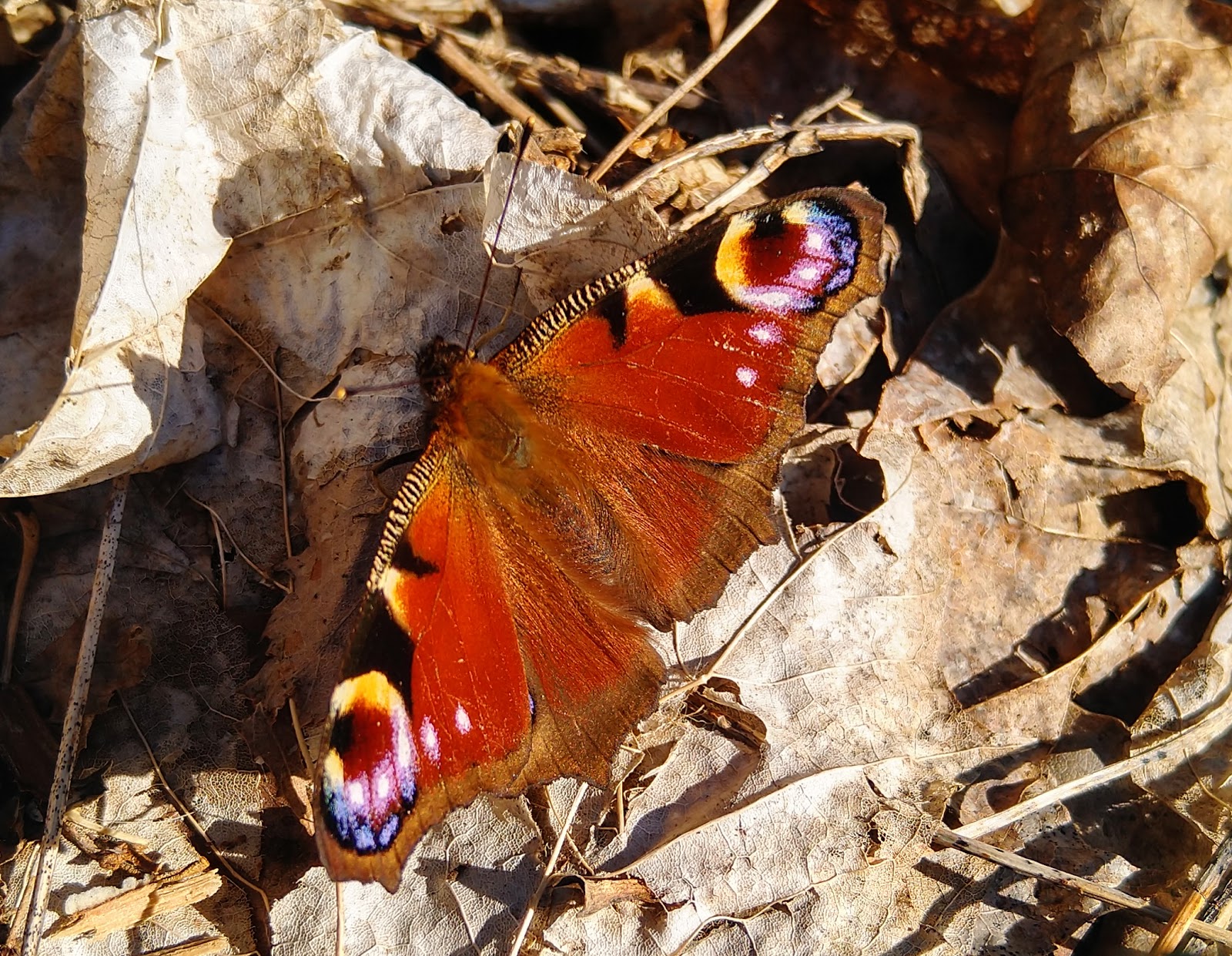 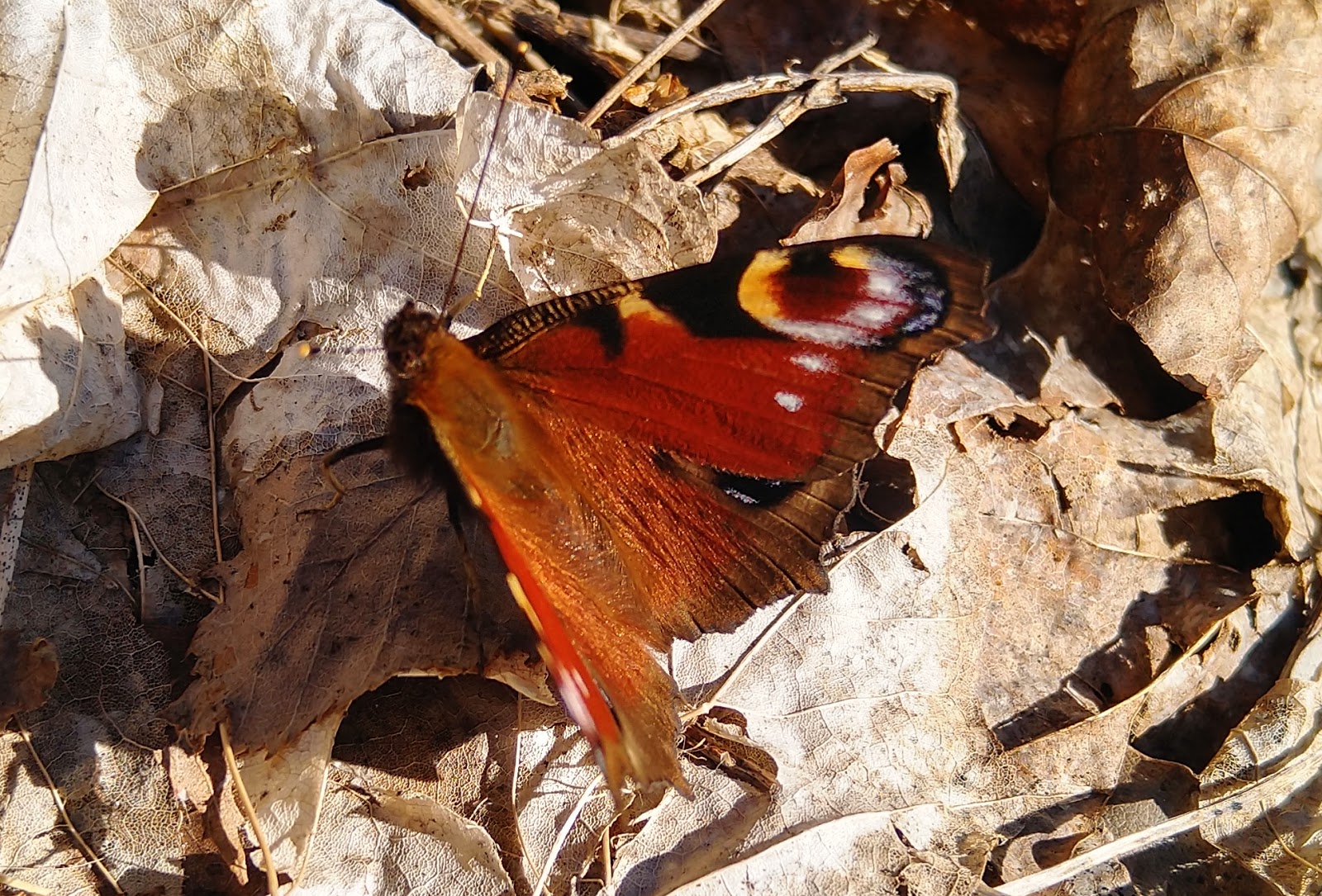 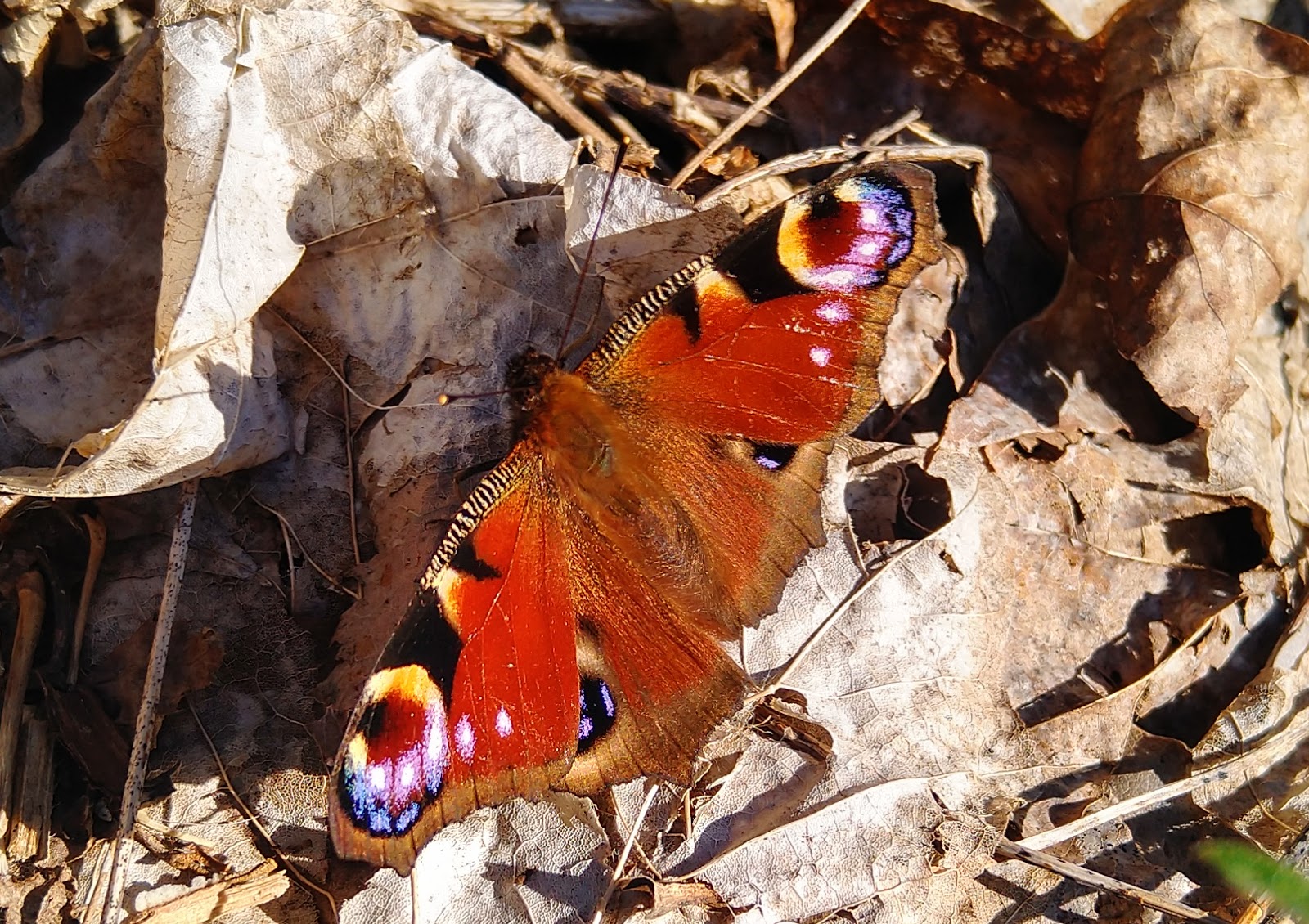 Posted by Simon Douglas Thompson at 15:39