Comet Lovejoy: Not Dead and Loving it

On noticing the clear sky early evening when I got home, I rushed inside, grabbed the 10x50s - the 16x50s have been officially deemed "useless" for astronomical purposes - and without knowing where the comet would be, or once again whether I'd be able to see it at all, started waving the binoculars around in an unscientific search pattern.

Well alright, it had a bit more aim than that, I'm not an utter dunce. I'd last seen it in Triangulum and could extrapolate roughly where it might be when you join up the (stellar) dots back to the Pleiades and beyond.

I found it smack in the same binocular field as the exquisitely coloured double star gamma andromedae, at one end of the celestial princess. Obviously the secondary is invisible in my optics, but the primary alone makes up for it. I swear it is the only peach coloured star I've ever seen. It is beautiful.

As for the comet, it really hasn't faded much at all since perigee. No chance of a naked eye viewing, but it is still brighter and larger than the Andromeda Galaxy, a handy comparison being not far away. There is less detail apparent, any nucleus is hard to see, and the teardrop shape of early 2015 has now become more rounded. But it is still there, and even from a town garden, very easy to find as an early evening object, with the moon now starting to get out of the way somewhat.

I wish you luck finding it. The moon that wore a snow veil last night is now bright as a lamp, but the comet is very much there, and very much alive. 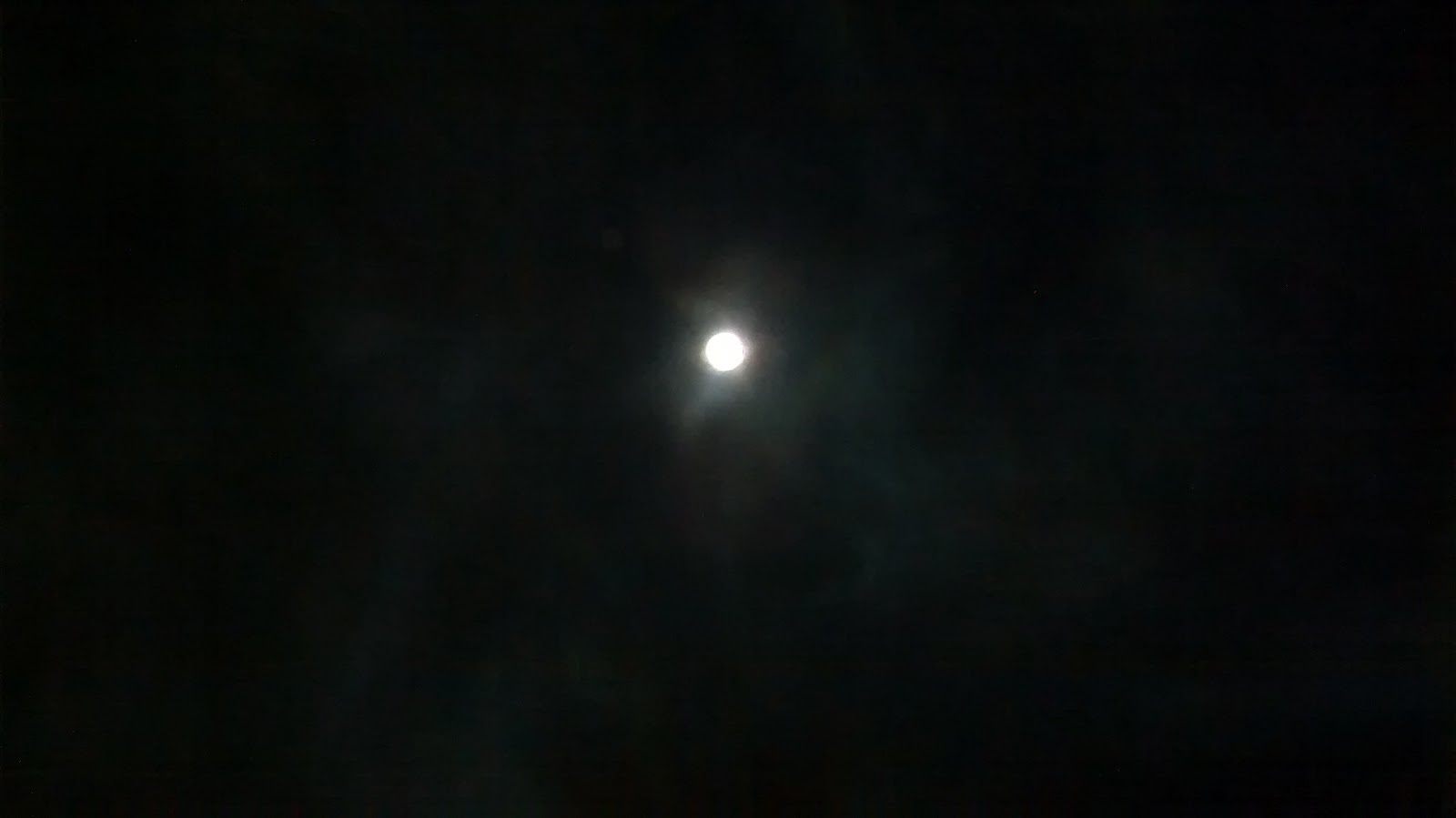 Posted by Simon Douglas Thompson at 14:04