Well, did we ever have such an odd sort of day today.

I noticed as soon as I was out of the house mid morning that there was something not right with the sky, but initially I thought it was just a weirdly hazy morning, with perhaps some sugar factory or power station smog just giving it a bit of an orange tinge.

After that, I wasn't too surprised to see that the sun was a very sunset colour even at 1130am, so striking I took pictures of it above the market place and Asda. But it was only when I looked online on my phone to see that my Instagram feed was full of pictures of what looked like a bloody peach hanging in the sky that I caught on that there was something going on more than a bit of local smog.

Apparently it was Saharan dust dragged up by Hurricane Ophelia causing these strange skies - ironically a chapter in the Arthur C. Clarke "Mysterious World" book I had just been reading - although as the day went on and the number of pictures EVERYWHERE increased, Portugese wildfire ash had been added into the mix.

The sky went really dark at about 230pm, a sickly salmon pink colour, and the sun was obscured. But as I went running at 3pm I noticed that the sun had come back out, and you could see a blue band in the south west where the dust cloud ended.

Gradually, the apocalypse cloud passed over, and I recorded it on my phone, to be replaced by cloudless blue skies.

Radio 6 listeners too had been tracking it across the country; Radcliffe and Maconie were even more entertaining than usual!

How glad I was to have been part of a such a phenomenon!

All text and images copyright CreamCrackeredNature 17.10.17 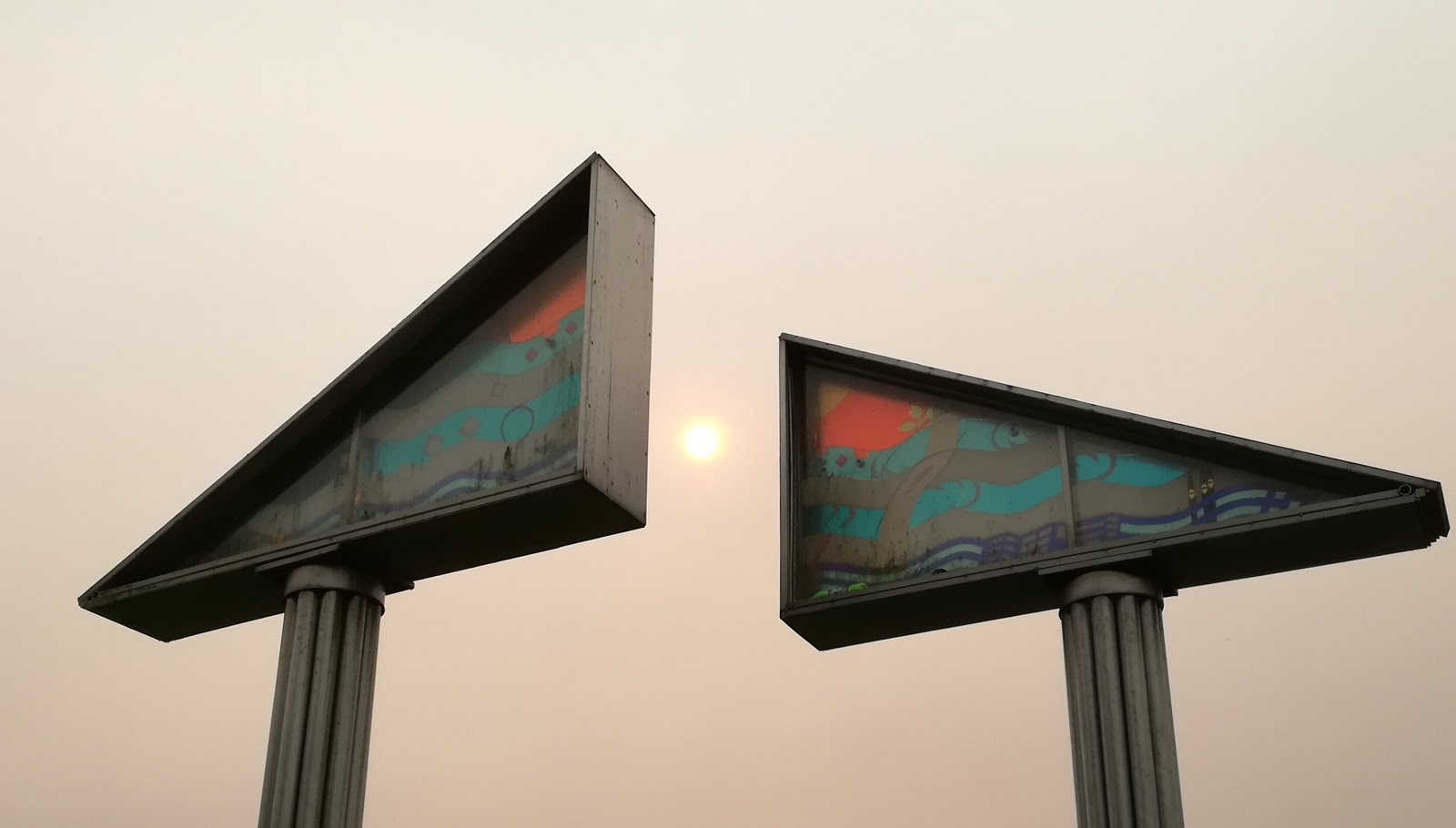 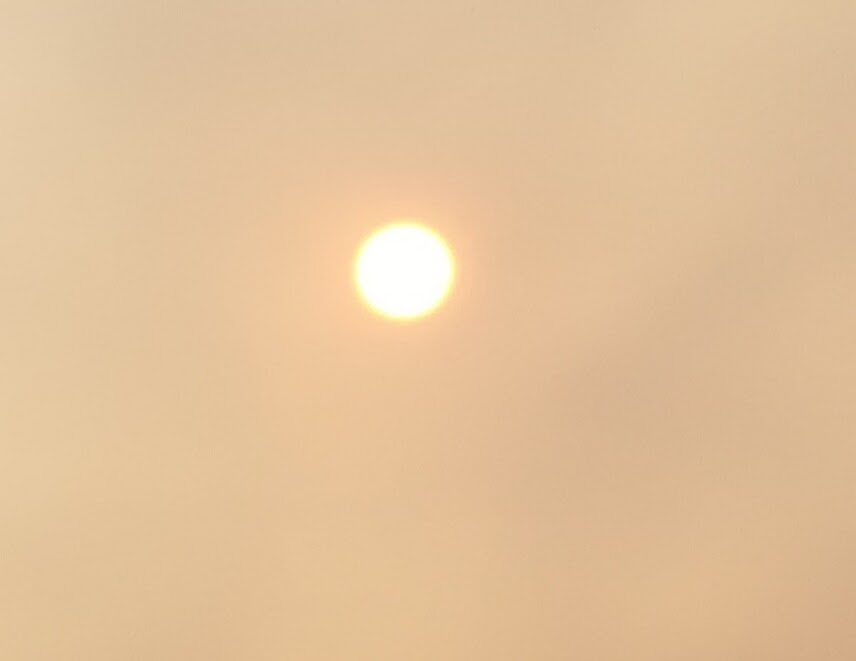 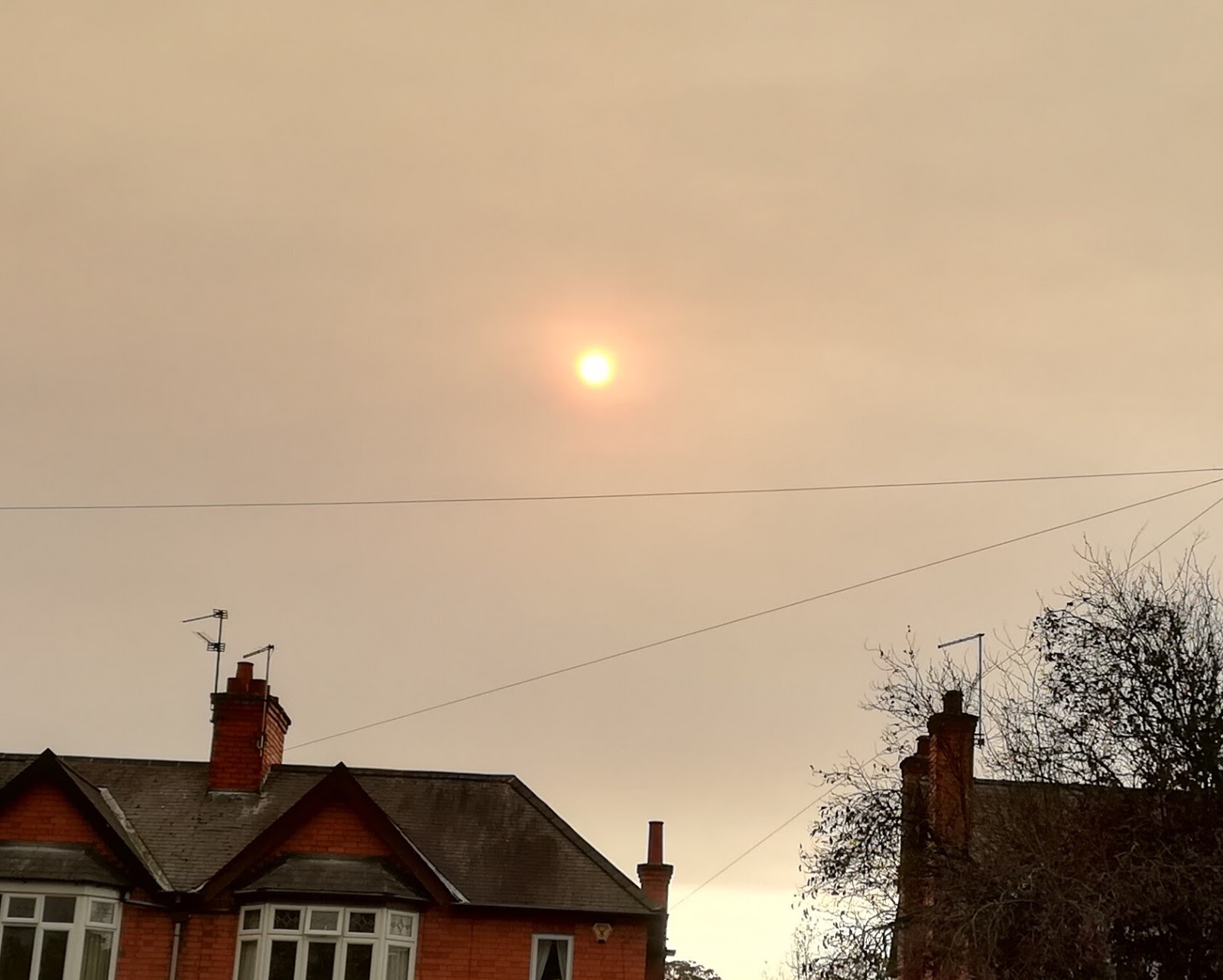 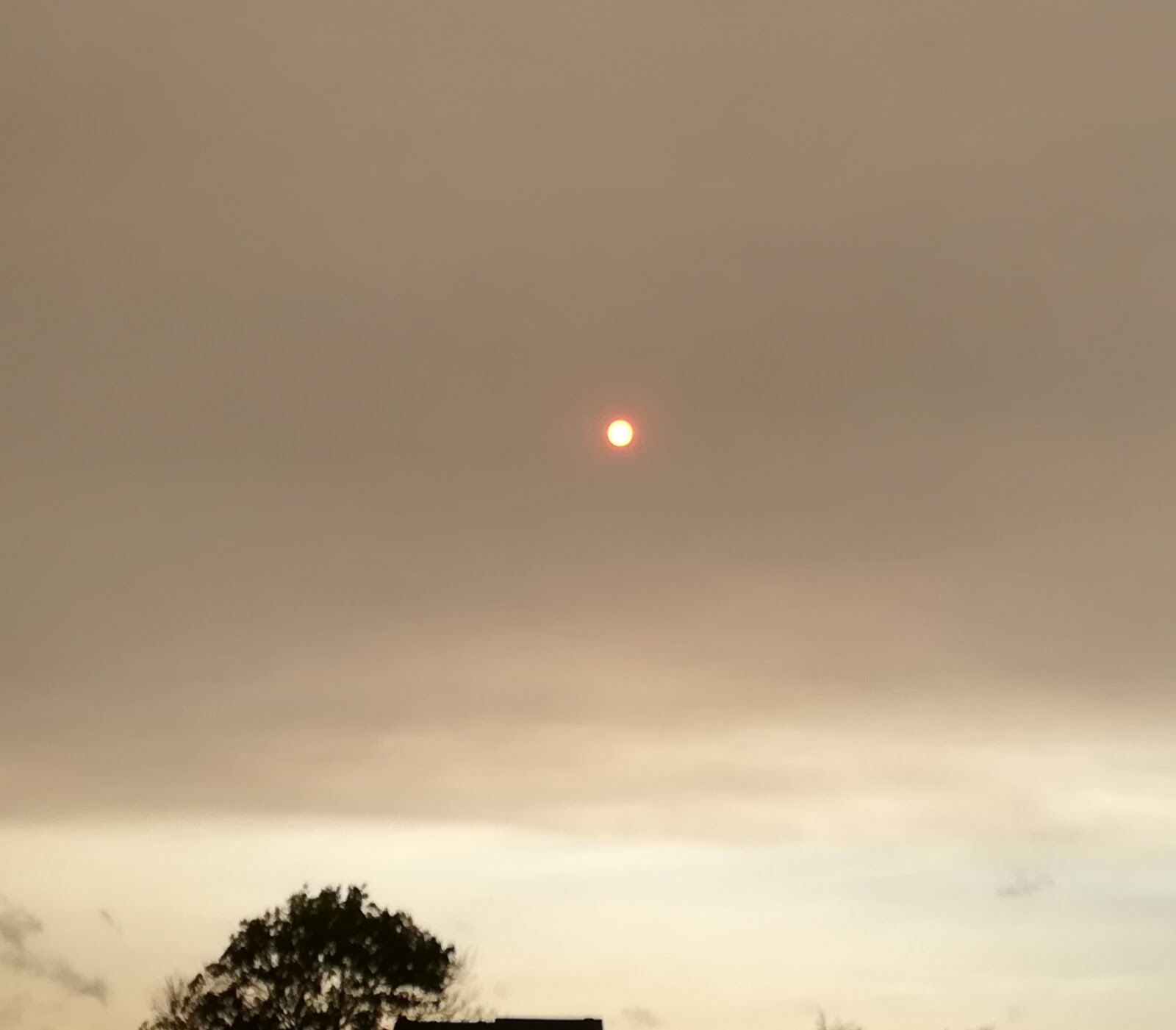 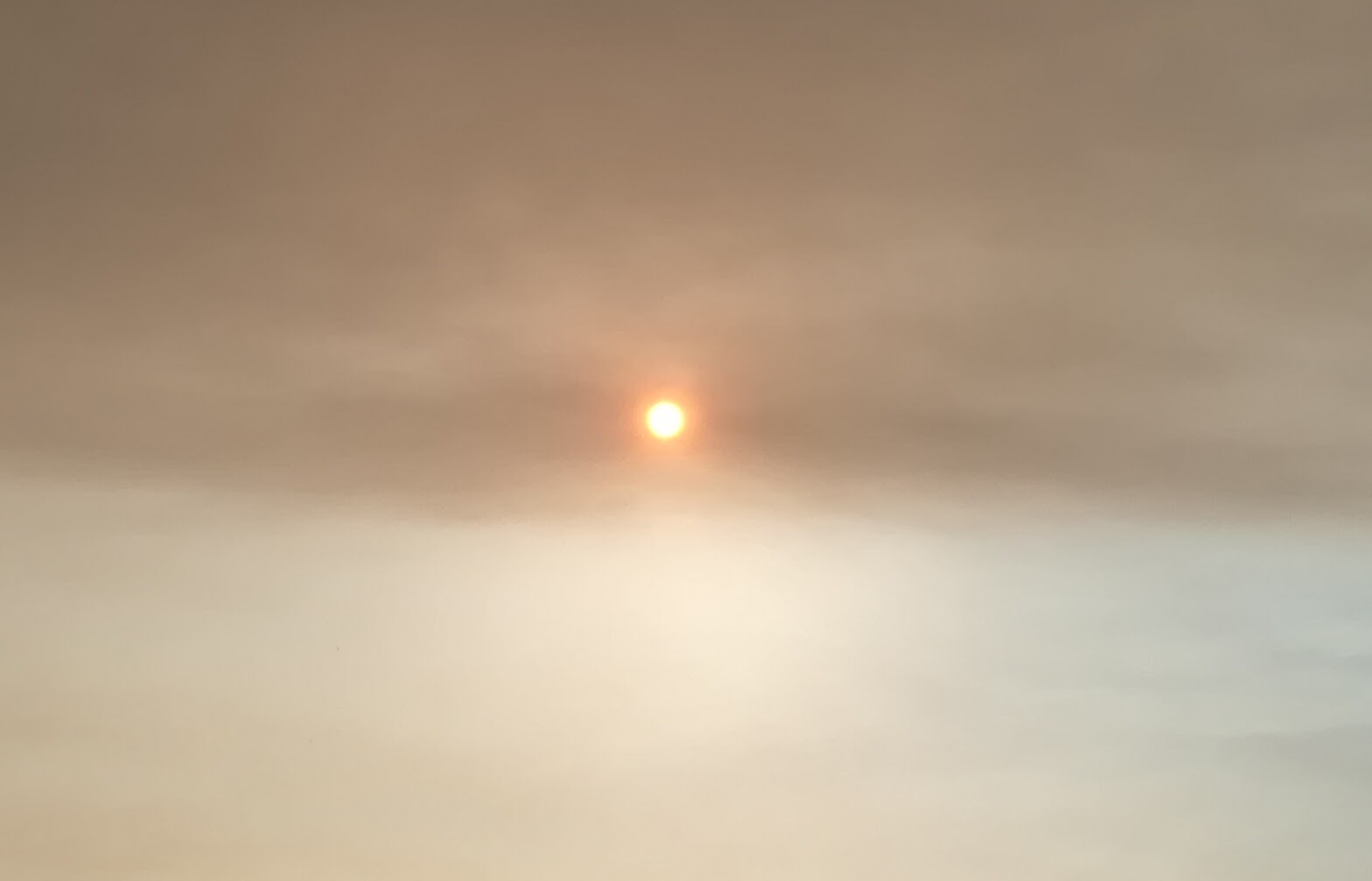 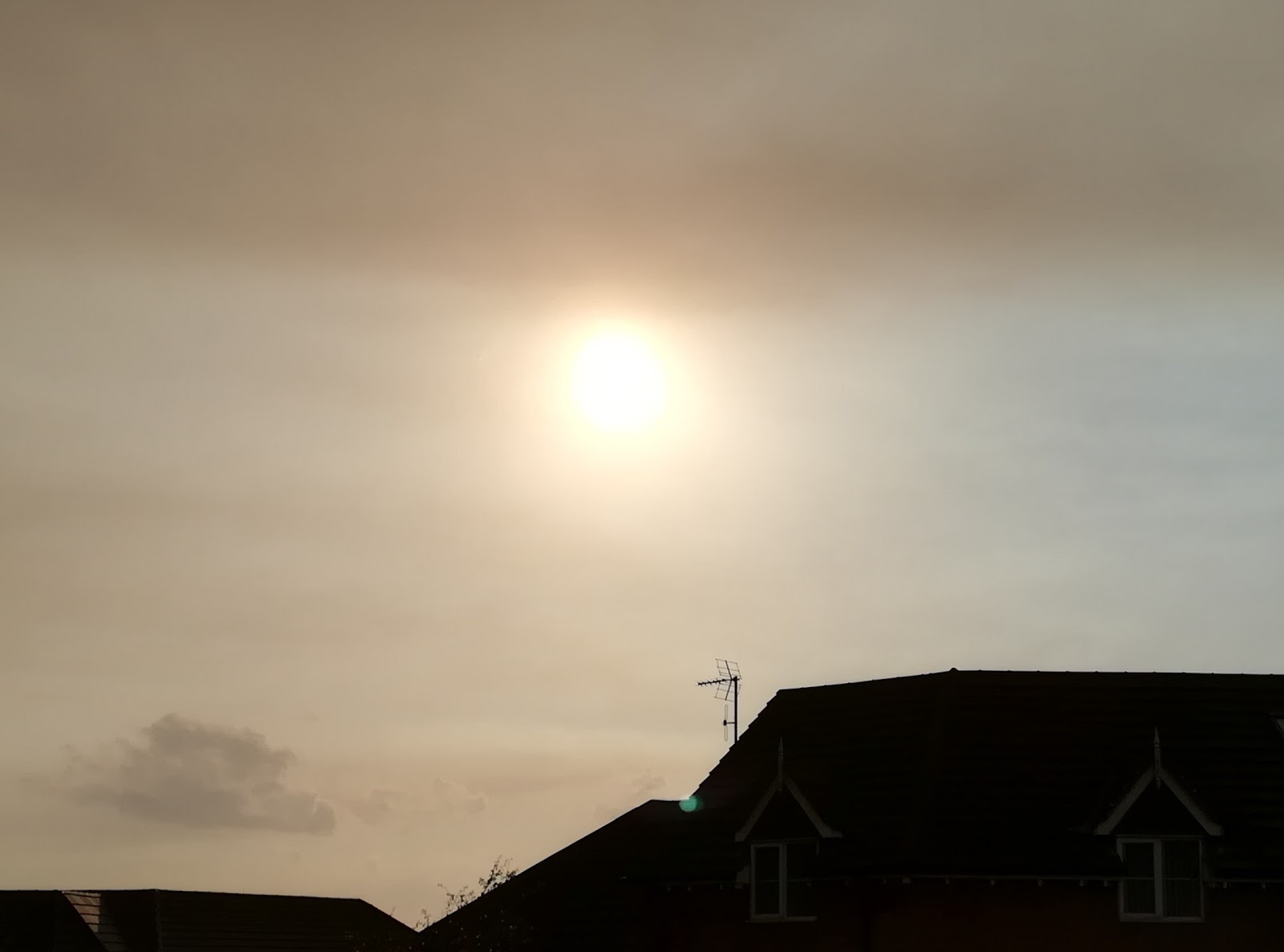