Geese on the Move

It's the early autumn, the time of year when waterfowl start to return to our local waters for the winter to join the local birds who were too lazy to go on holiday and decided to have a staycation instead.

The first skeins of pink footed geese have been seen all over the county, high in the air with the harshness of their honking rendered more mellifluous by the height. I myself saw a twilight flight of about 60 make their way over the cemetery as I was out trying to film bats - apparently the chapel holds roosting pipistrelles and noctules.

Of course, the most dominant geese locally are the greylags and the canadas, with the canadas being the dominant birds in terms of numbers. They have a large daily festival on the muddy banks of the Trent opposite the South Marina, where they entertain boat dwellers with their trumpeting racket.

Then in the evenings, large numbers of them take off and head for their roosts who knows where, and their echelons make their way over the park and the river. I'be veen lucky enough to catch a few of them in flight, and they are far more beautiful in the air than they ever are on land or water.

All text and images copyright CreamCrackeredNature 28.09.22 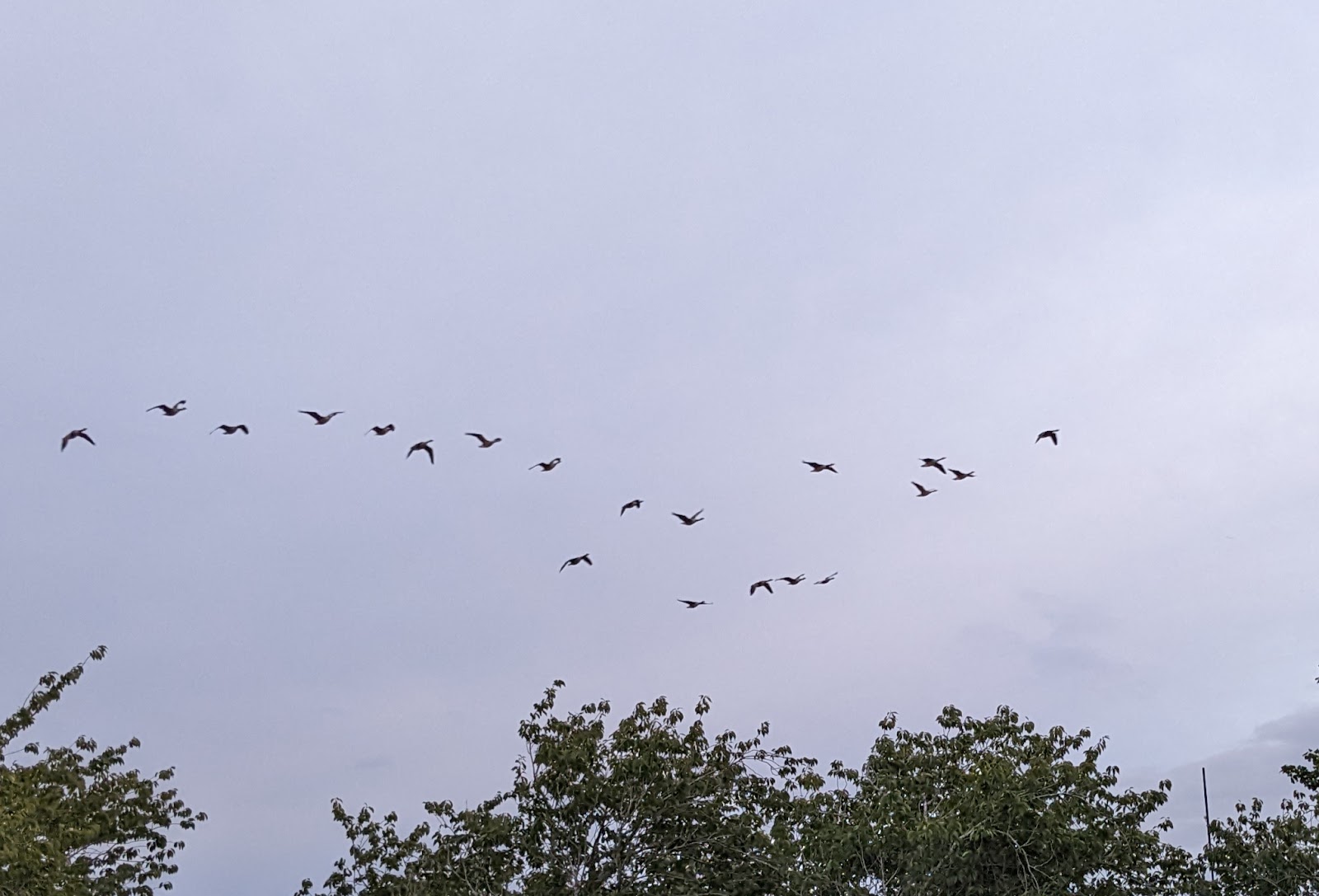 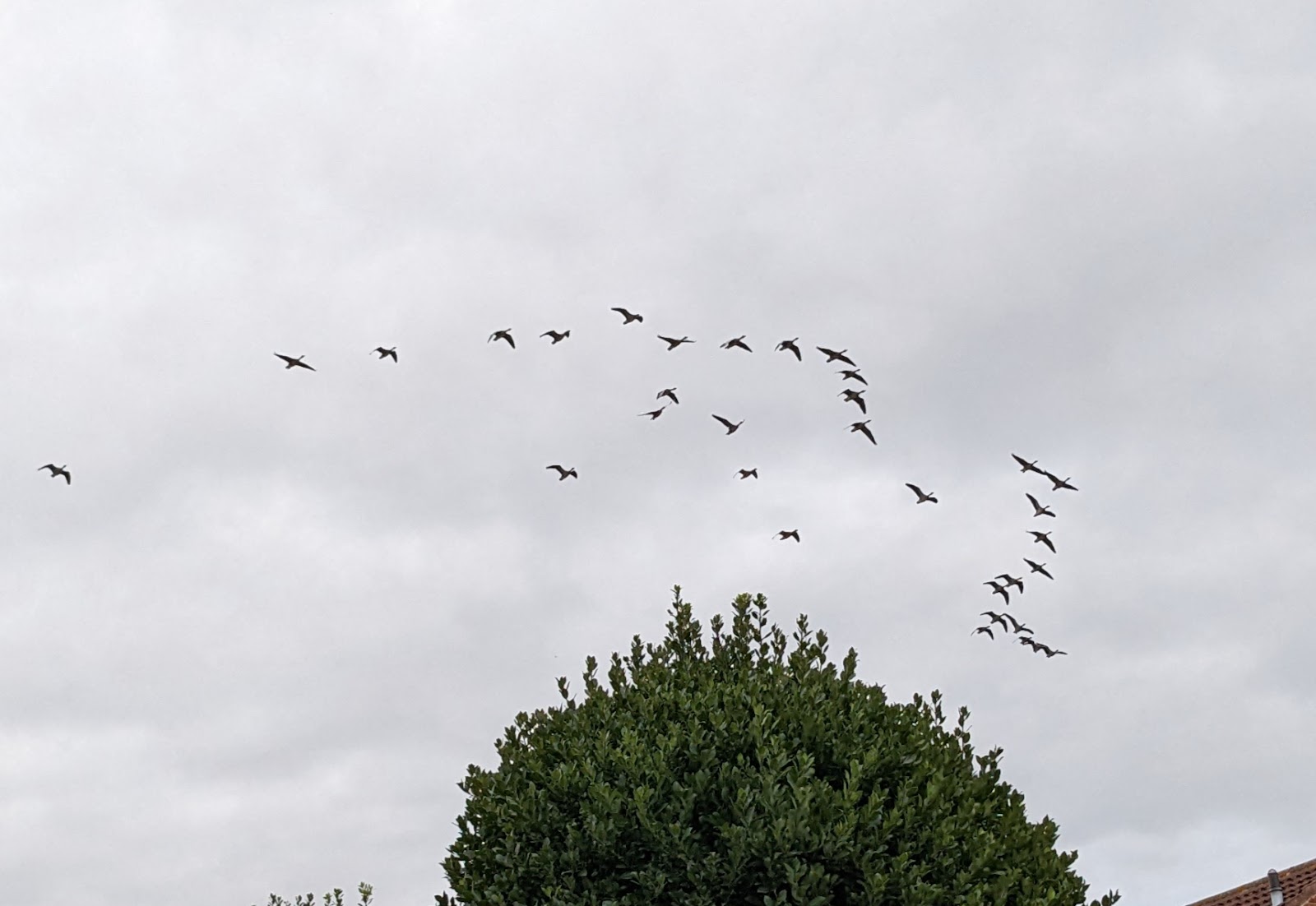 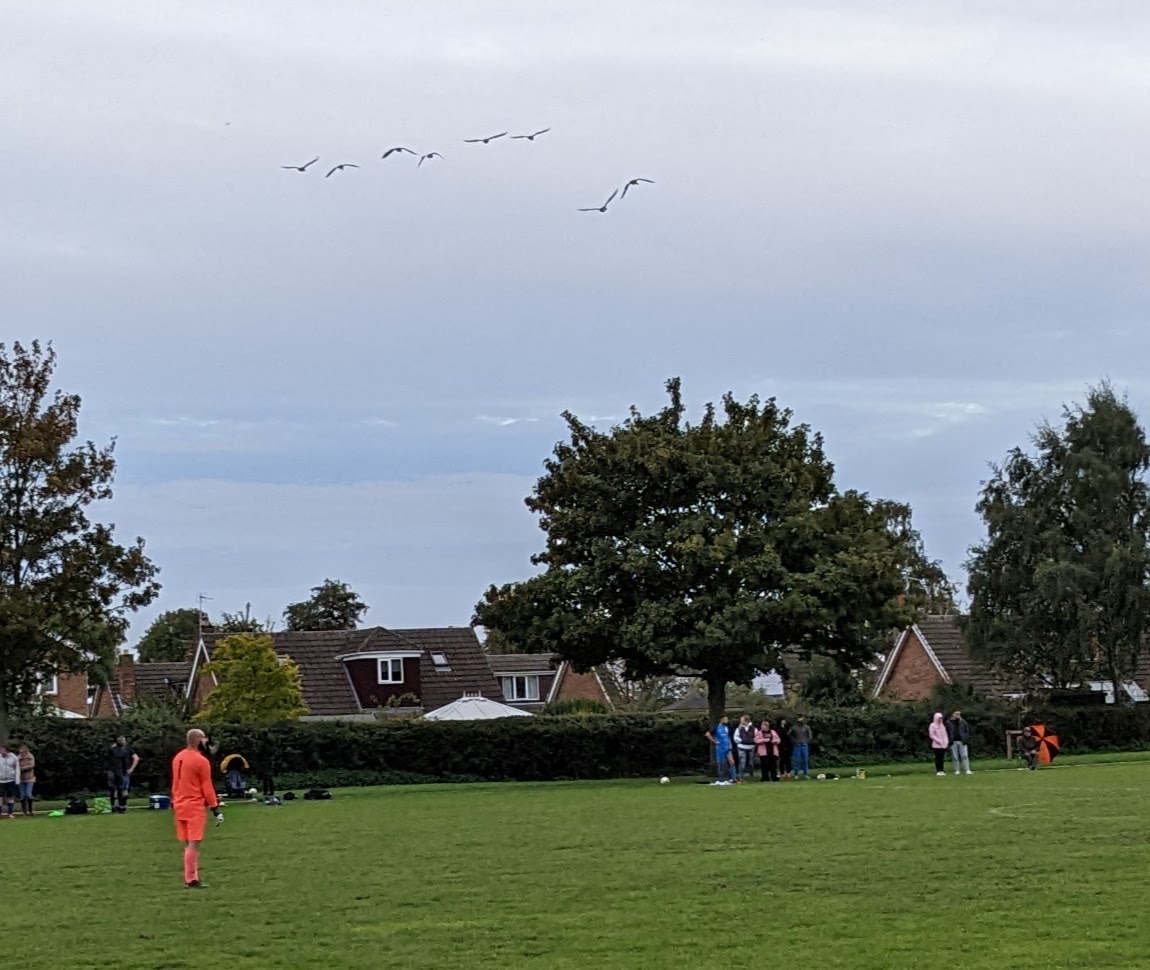