Letting my Bat do the Talking

Away trip today with the third team to take on Kirby Portland 3s, out in the wilds of Bassetlaw country near Kings Mill Reservoir.

We were playing at the evocatively named "Larwood Park", which despite harking back to great fast bowlers of days of yore, is actually a recently constructed rugby ground in the middle of a new build housing estate, onto which a rather erratic wicket has been rolled amidst the long, bumpy rugby grass.

It was a huge open and rather windy field, requiring an overnight stop en route from the dressing room to the pitch. We arrived only just in time, to be met by the always friendly Kirby captain directig us to changing room 3, which confusingly appeared to actually be a toilet until you went through a door at he back.

They do things differently out here.

I was in the action quite quickly as our very young side - apart from me - took to the field to bowl first, with a catch being smacked my way in the first over, which I didn't see until very late and could only bump it off the heel of my hand.

I think the captain was surprised I had even gone for it, to be honest.

Kirby got off to a fast start against our young opening bowlers, but after racking up 50 in 10 overs, the underlying weird bounce of the wicket became more apparent for the tallers bowlers, and our captain and off spinner both bowled excellent spells as I watched mainly from the deep square boundary, exhanging chirpy chat with Kirby's captain and fielding the ball. We were taking wickets regularly, fielding well with th youngest player on the team taking a good catch.

I even bowled a couple of overs myself, with nothing either good or bad happening as I struggled to find a really full length bowling into the wind, before taken off for weather reasons to allow a bowler with a shorter run up to spped things up after we got caught in a sharp shower. Typically he then torpedoed two of the Kirby batters, I say batters as like us they were a mixed side.

hey closed on 121-8 off their 32 overs, before everyone tucked into unhealthy supermarket bought food and massively sugary drinks.

We then had a nice family start to our batting, with a grandfather and grandson opening our batting, although the grandfather insisted I cut his brown Karrimor walking shoes from the family shot I took. He was also wearing my batting gloves, and using my bat.

I was umpring, with the proviso that the grandfather, an extremely high quality bat and keeper back in the day, would take over from me later on. I was treated by an exhibition of extremely proper cricket, with textbook leaves, proper calling and straight bat shots.

It was a slow start, but a solid one, although after ten or so overs the grandfather was starting to feel the pace and began to take a few more risks, especially after the grandson was bowled. In the process, he played some cracking big shots, making more runs with my bat in one innings than I have done all this year and last combined. Sadly, he hurt his knee taking a quick single and was run out for 29.

It was now over to our young wicket keeper, who batted with terrific maturity while losing a couple of partners to a slightly poor shot, and a terribly unlucky LBW I had to give off another torpedo bouncer.

Their then followed an excellent partnership with our captain, who put a big 6 over the flags at cow corner and some other good shots, while getting us back with the run rate. Me, I had umpired all this time, 29 overs or so, but with about 25 runs needed for victory, the skipper tunnelled out by another low bouncer, and I had to leave the field to get padded up.

I wasn't needed to bat however, as despite their best efforts the slight lack of power and experience from our younger bats told against us and we ran out of time and lost by about 13  runs. Still, it had been a good day for our younger players, espeically the keeper who made a great 31 not out on that horrid pitch.

Always a good game with Kirby Portland 3s, and we enjoyed it despite the loss.

All text and images copyright CreamCrackeredNature 02.07.22 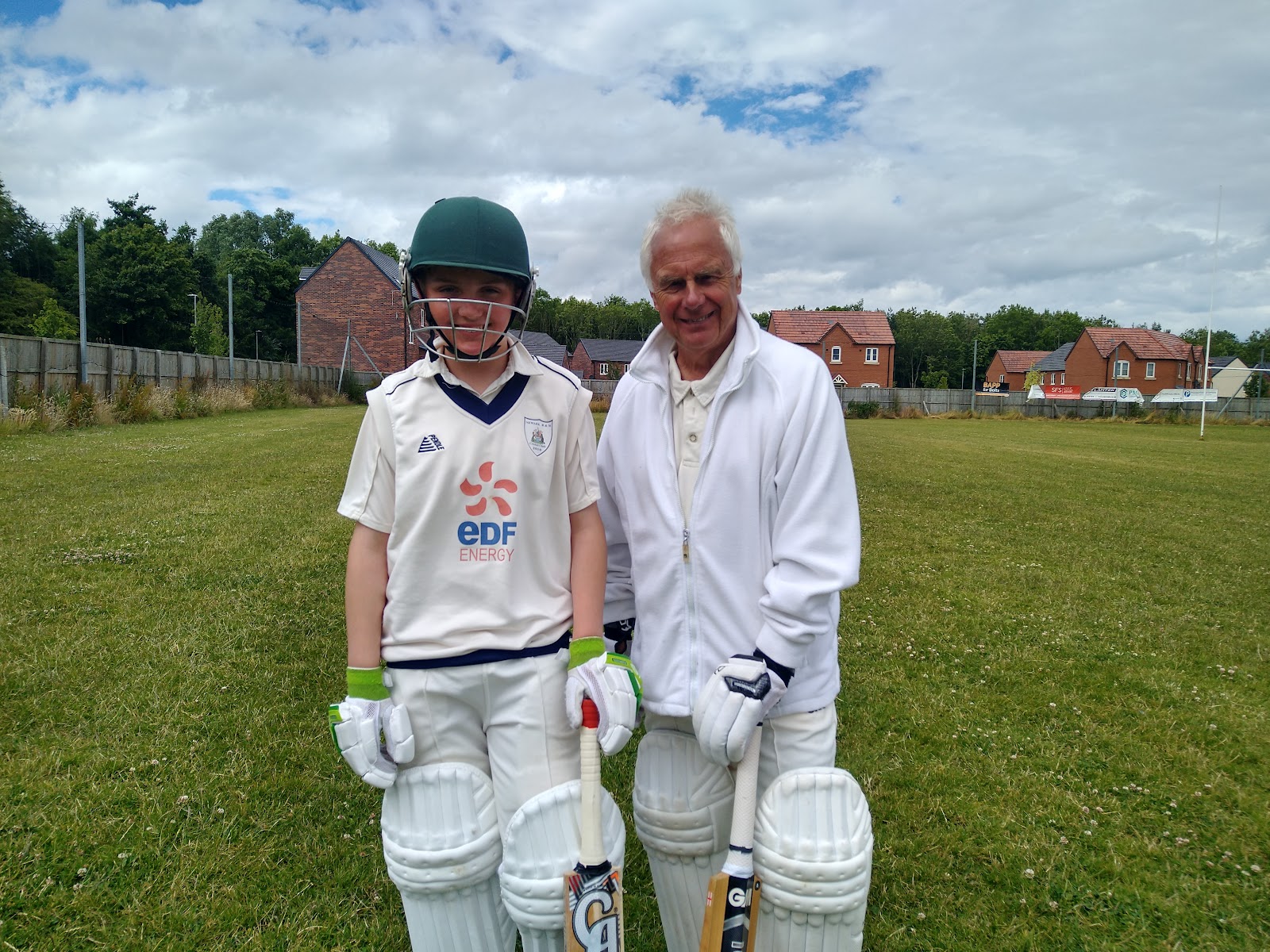 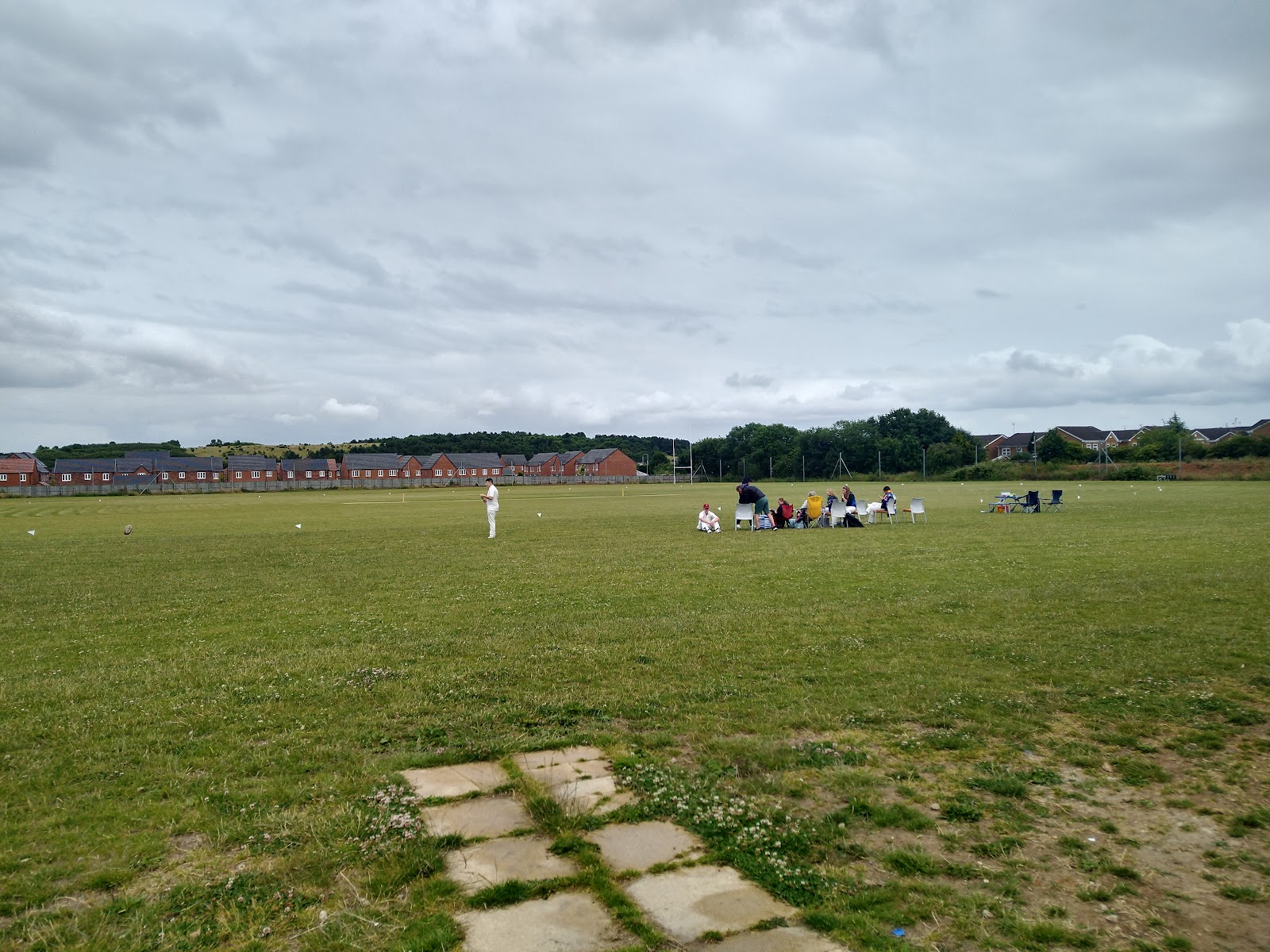 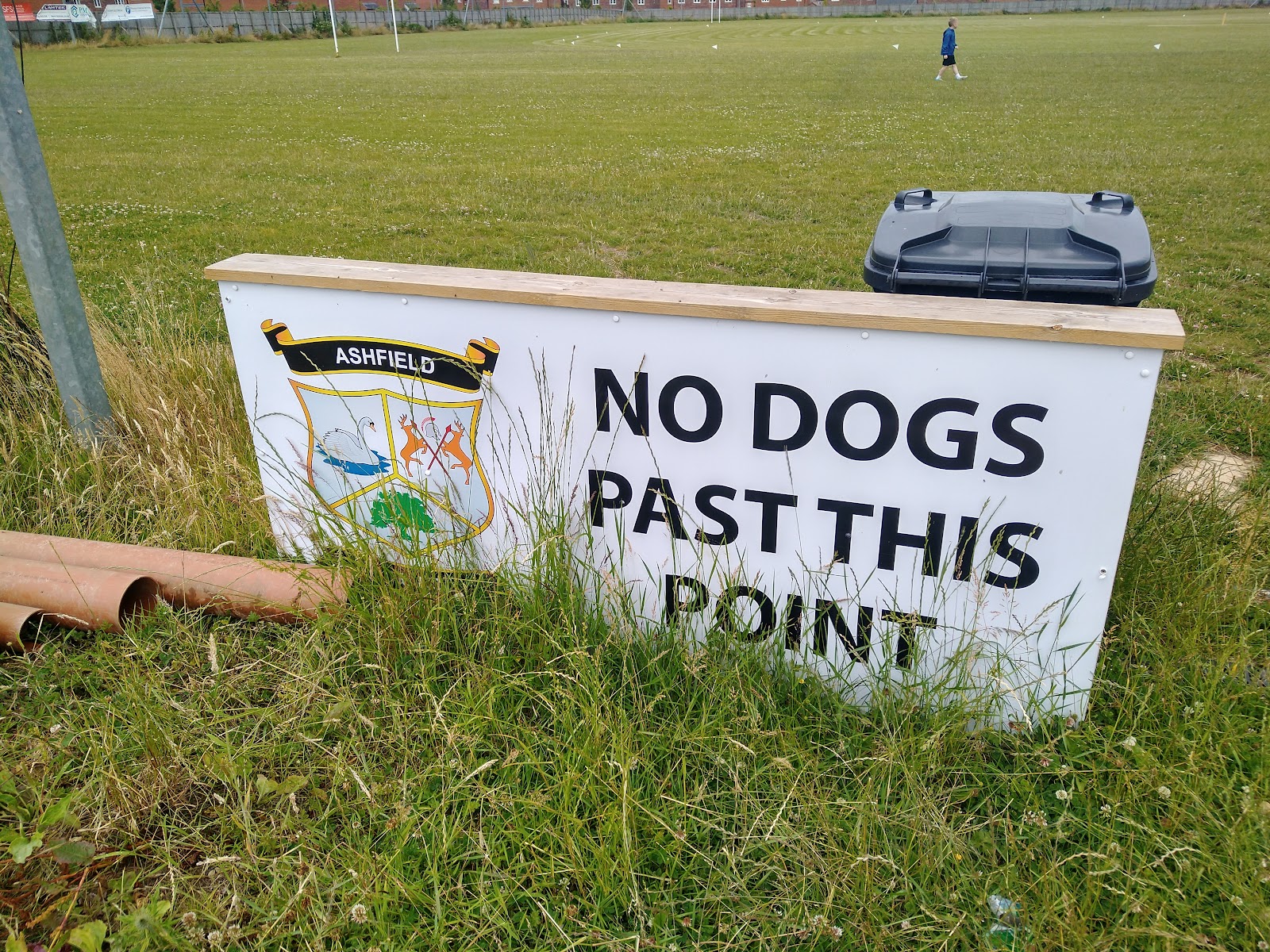 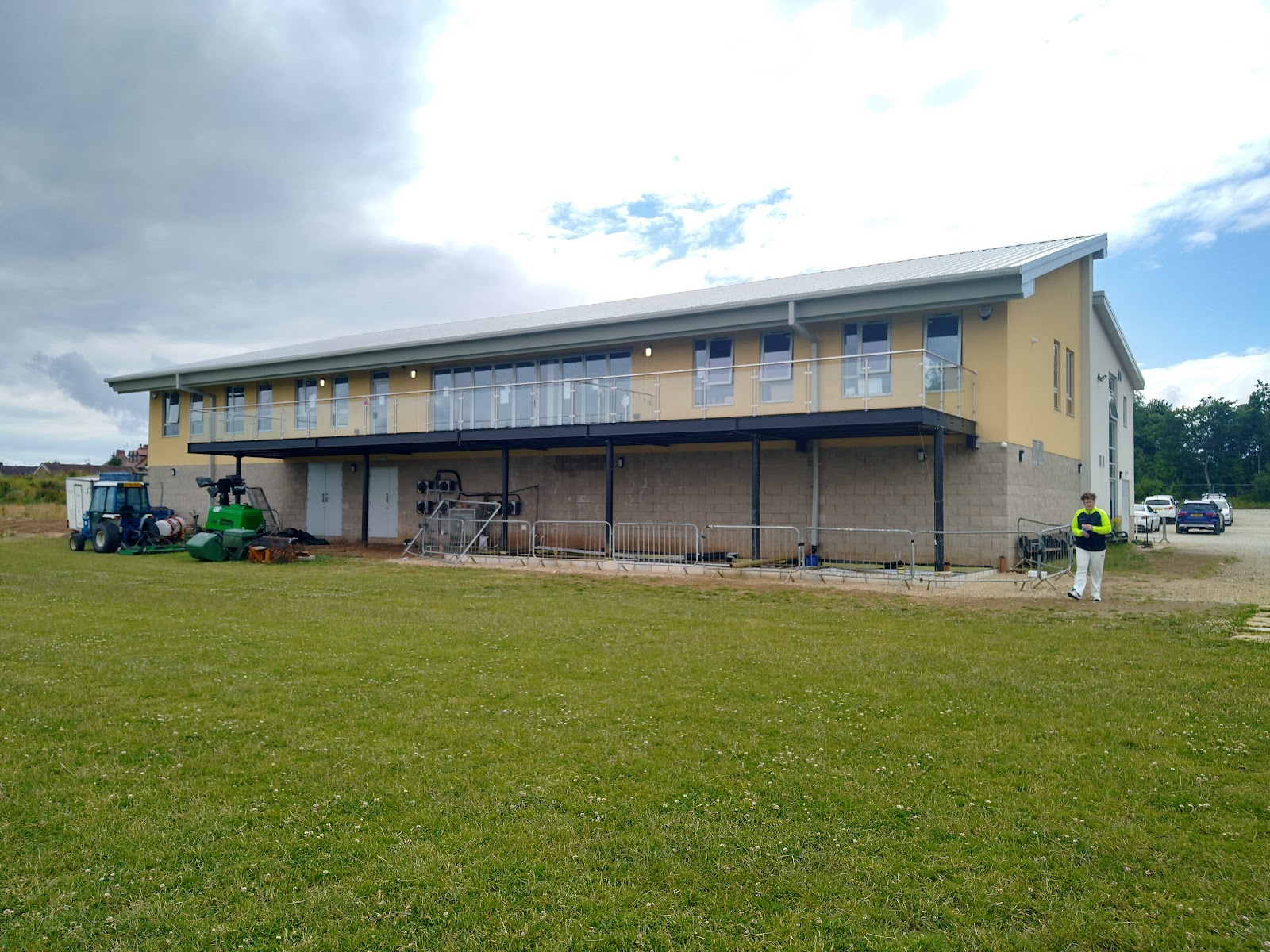 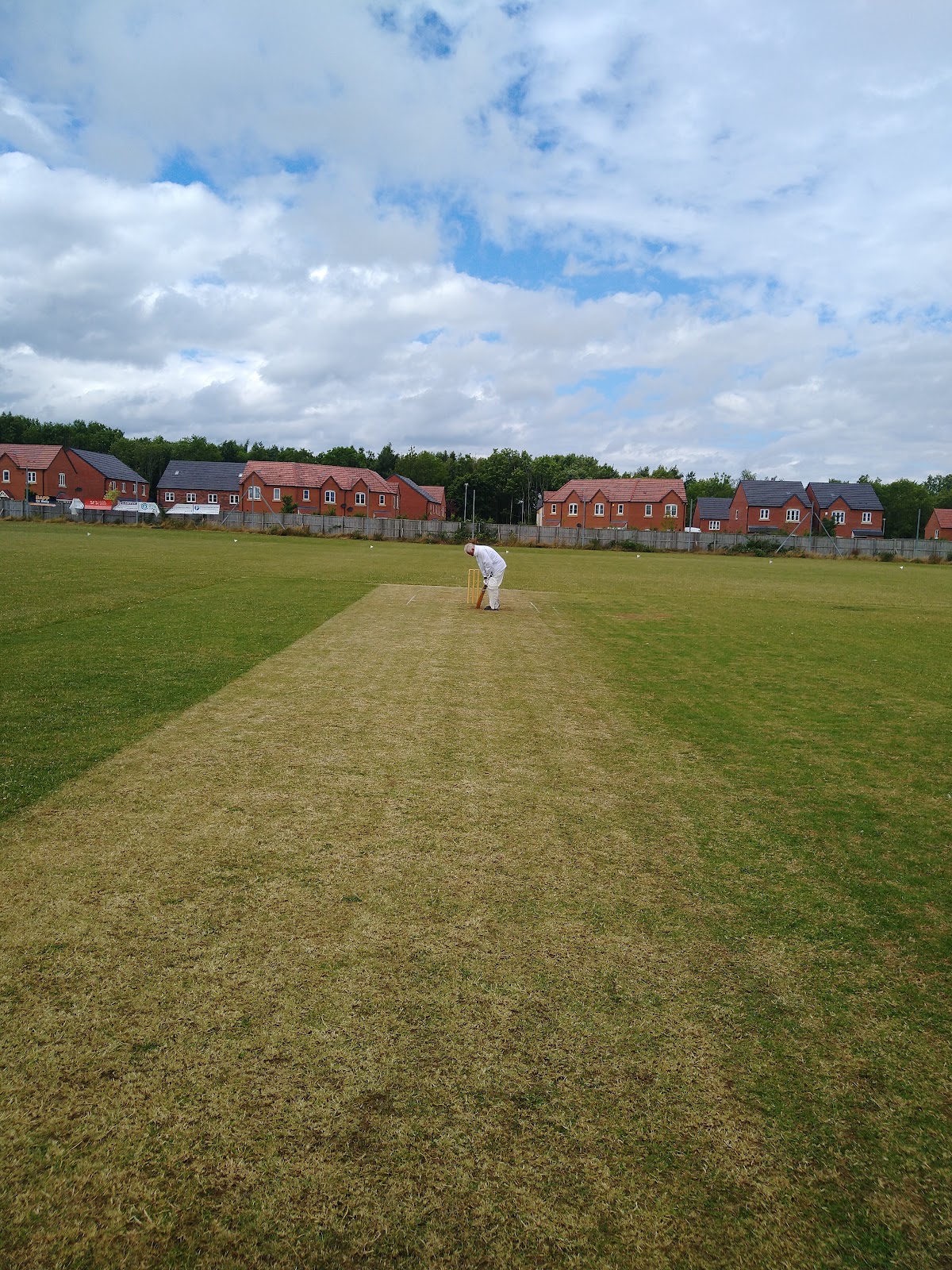 Posted by Simon Douglas Thompson at 15:38