Yesterday saw me riding into a work in torrential rain, carrying a bag of gifts for  our Salvation Army toy collection, and wondering where the heck the day was going to go.

It soon signalled its attention, when out of the battleship grey cloud cover, the rain began to solidify and it started sleeting just as I was removing my various wet weather clothes in my office.

Not long after that, it was properly snowing, the first time I've seen snow in December for a few years. This alarms me greatly, for a long freezing winter of riding my bike to work is a whole world of no fun, believe me. It means agonised hands no matter how thick my gloves, and nervous riding on slippery roads and paths populated with bad drivers and oblivious pedestrians.

What it also seems to mean, are my workplace calling fire drills in the middle of a blizzard. I was lucky enough to be able to grab my hat and waterproof jacket before heading outside; others were less fortunate and there were some severely frozen looking people shivering under a cap of snow in shirtsleeves.

Of course, some folk had to revert to childhood and scrape snow off the roof of cars to throw snowballs at each other.

I was panicking, because it got really sludgy after the snow eased to sleet again and I was thinking it was going to be hell to ride home in. Later on I walked across campus to see how the paths were, in my usual ginger rubbish balance way, and I was  like "Oh, bloody great."

On the grasslands, the crows cackled at my anxiety, vividly black against the white.

Gulls circled in the murk above, looking for leftover dinners probably.

As it happened, I got home safe, and dry, as the slush melted and I took things very easily. But it was a warning of what might be to come.

All text and images copyright CreamCrackeredNature 05.12.20 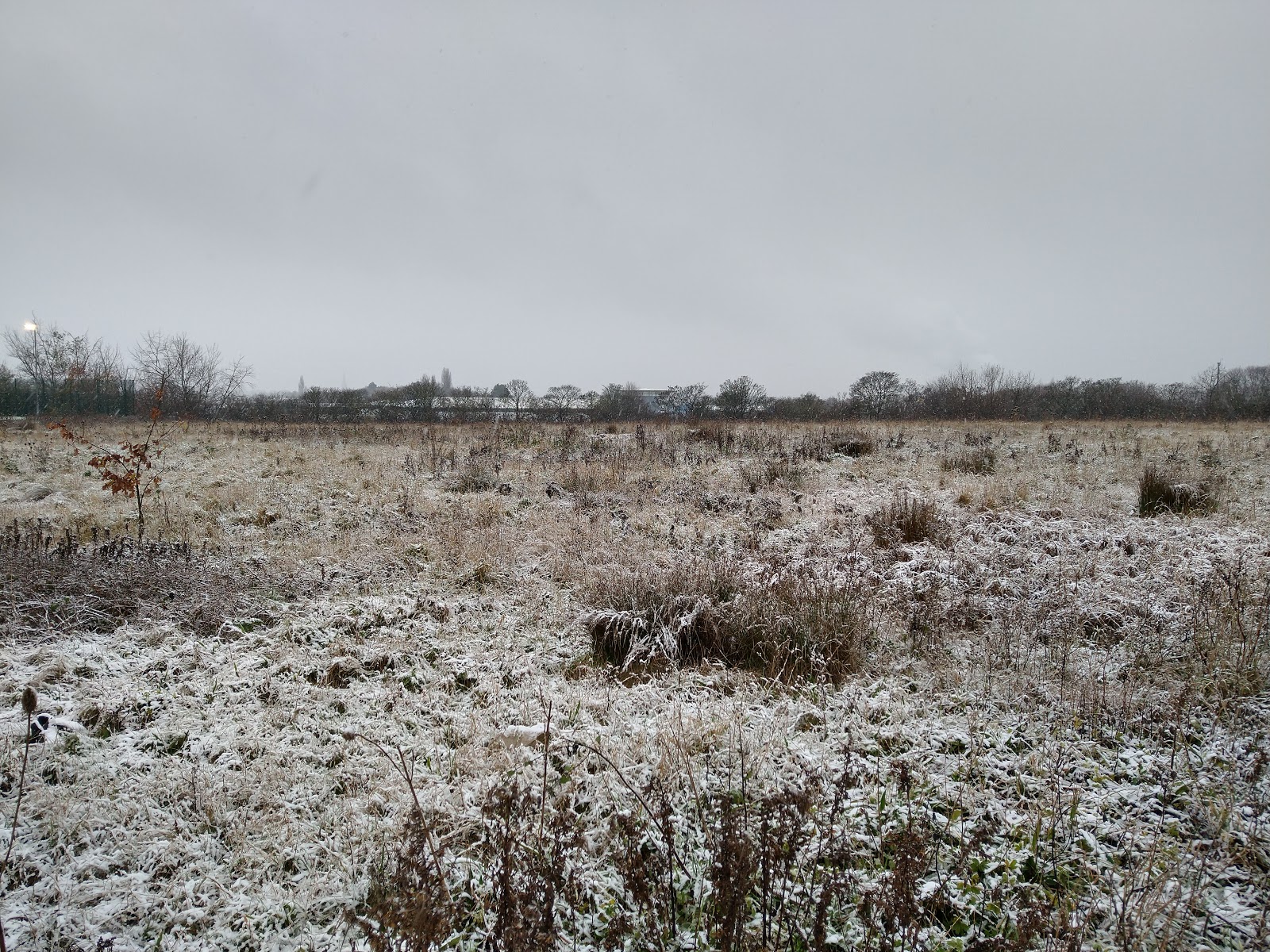 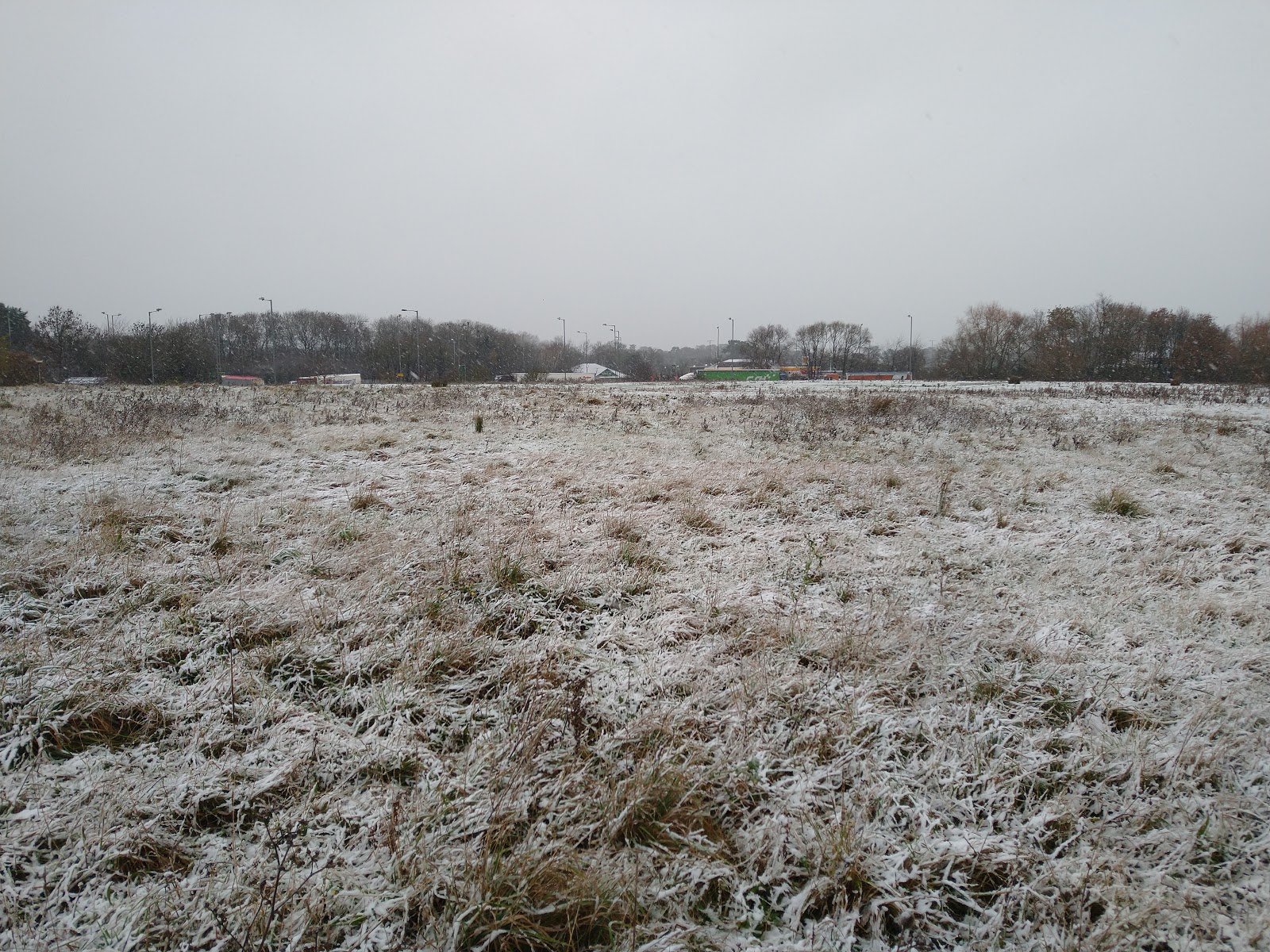 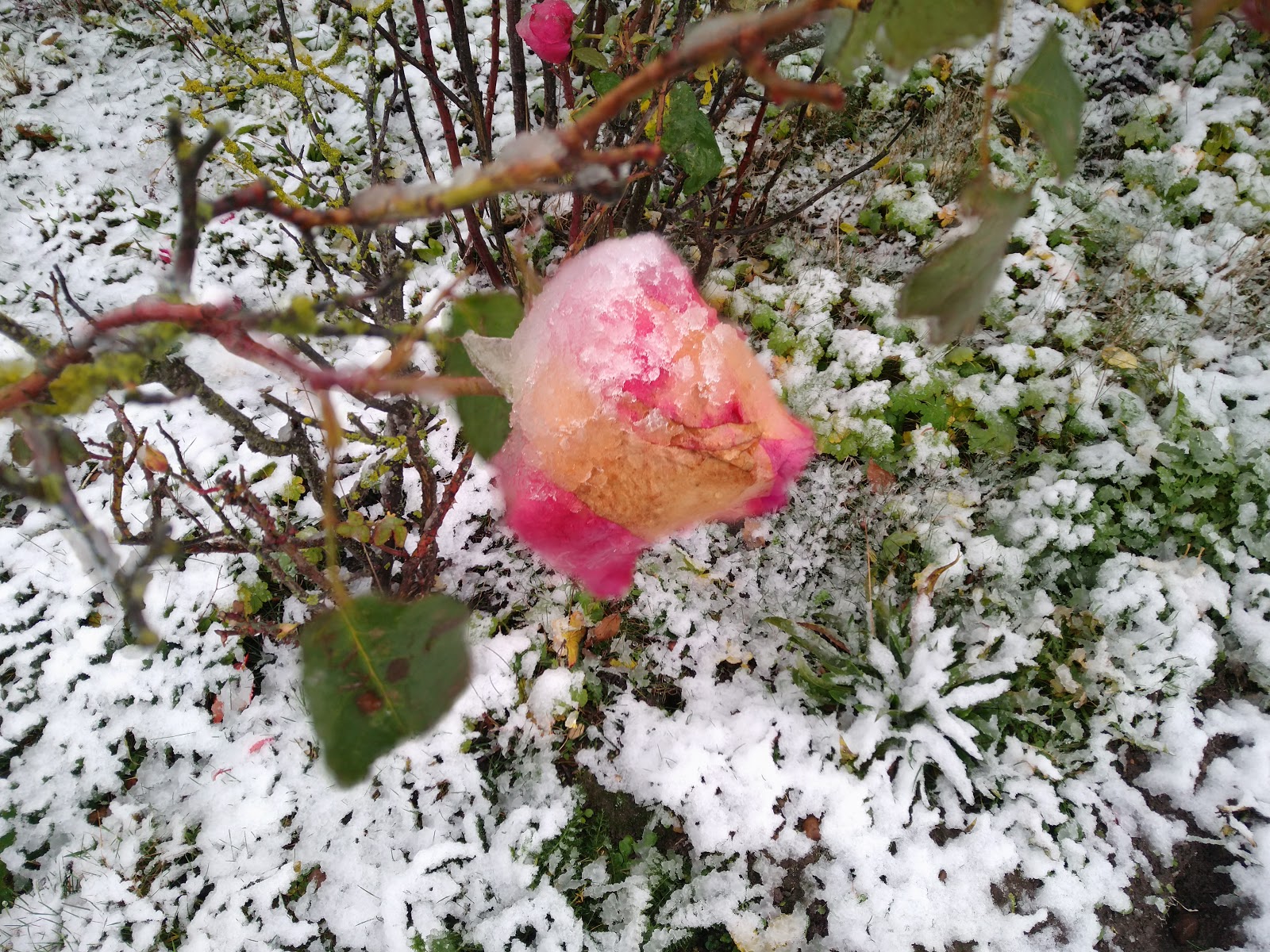 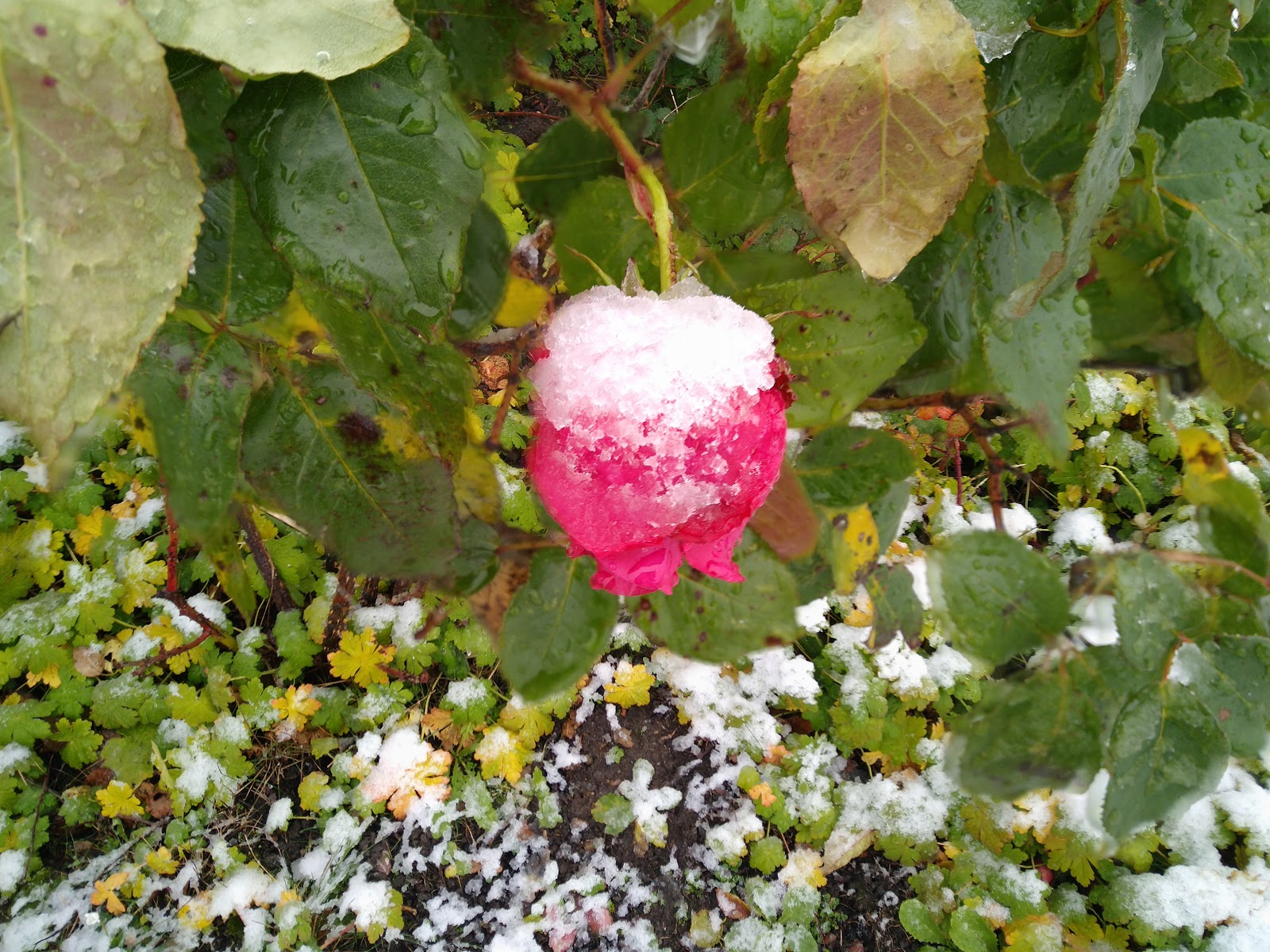 Posted by Simon Douglas Thompson at 18:28