The weekend weather was so atrocious that I barely left my home at all, and instead worked out hard on my exercise bike and pondered what my first Christmas alone would be like.

Monday I was able to get myself out and take myself around the two lakes, where I could see that more snowdrops were now in flower, and that also that lots of other shoots were piercing the thick wet soil of the cemetery - lots of crocus spears I think.

Above, two squirrels crashed about in the trees fighting over whatever squirrels fight over.

On the lake, I was wondering if the goosander were about, and found them relatively close in at the south end of the blue lake, as ever the moment I tried to get my camera-phone the drakes accelerated like Donald Campbell in Bluebird and were in the middle of the lake in seconds.

Powerful paddlers are goosander! Very shy birds and not like obliging mallards or even tufted duck to get a photo of. A little egret hung like an empty plastic bag in the trees overlooking the carp lagoon.

Down on London Road Pond, the depressing lack of anything interesting continued. Best bird I've seen on here is a shoveller, which says a lot really.

All text and images copyright CreamCrackeredNature 22.12.20 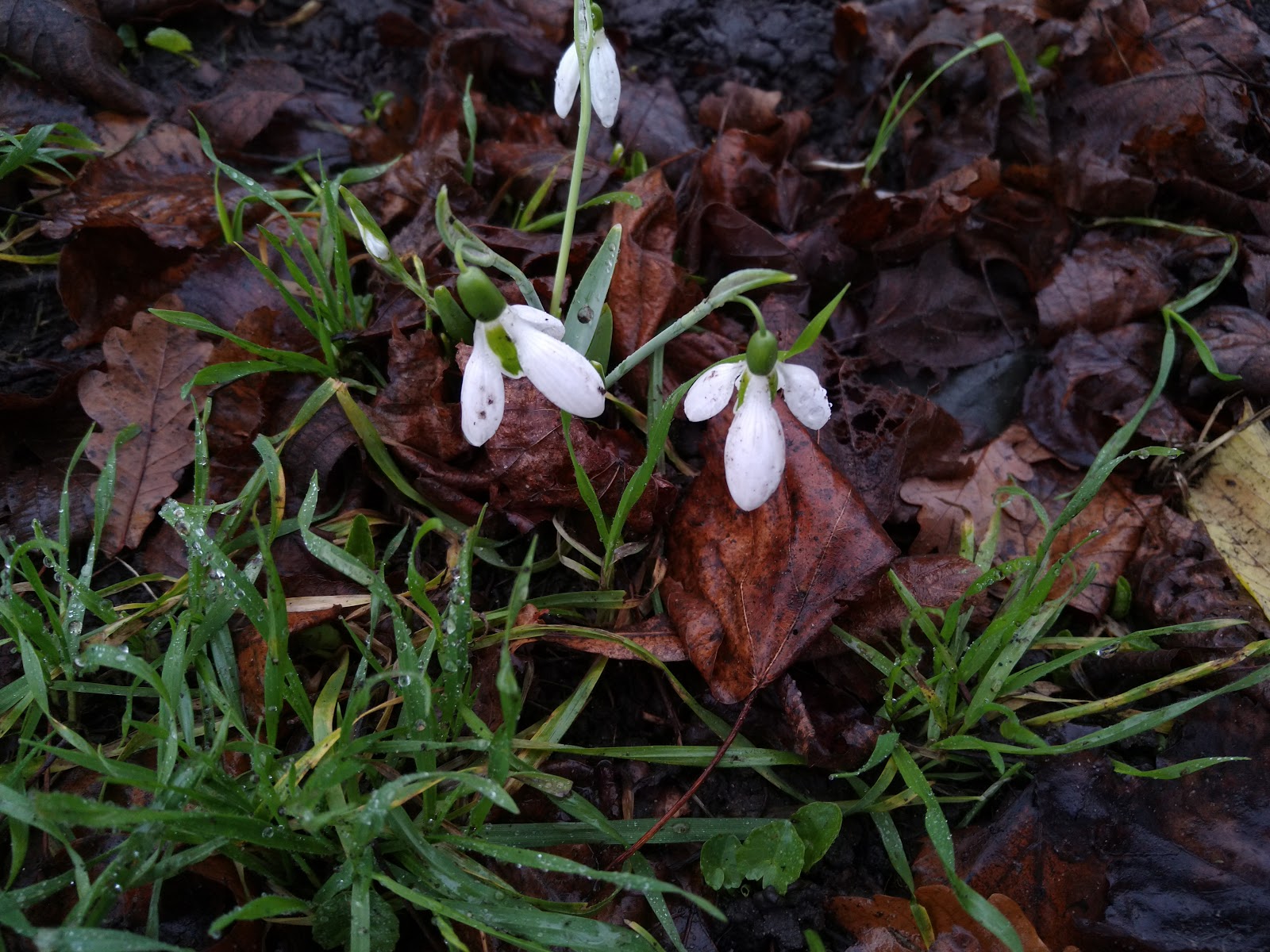 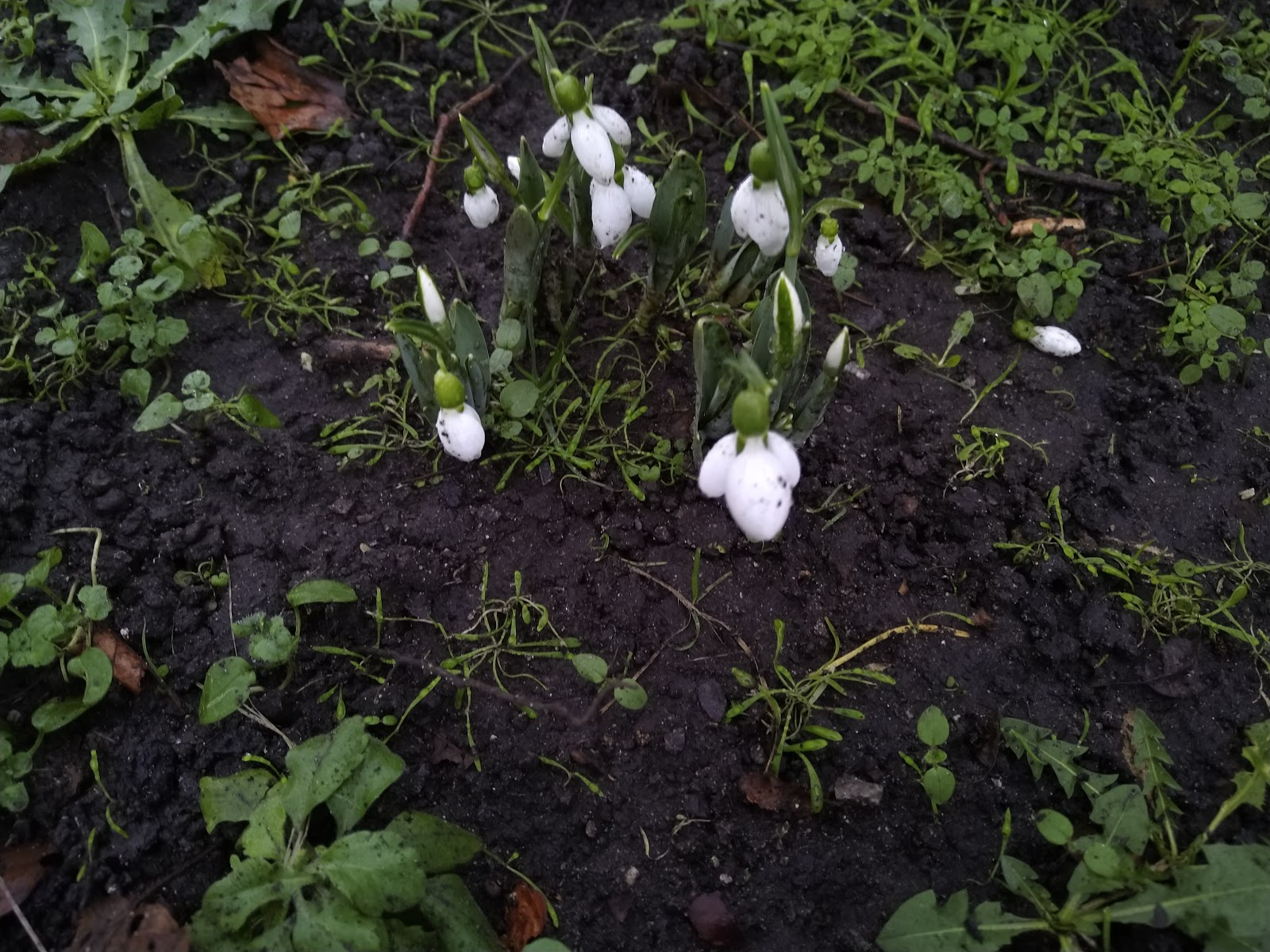 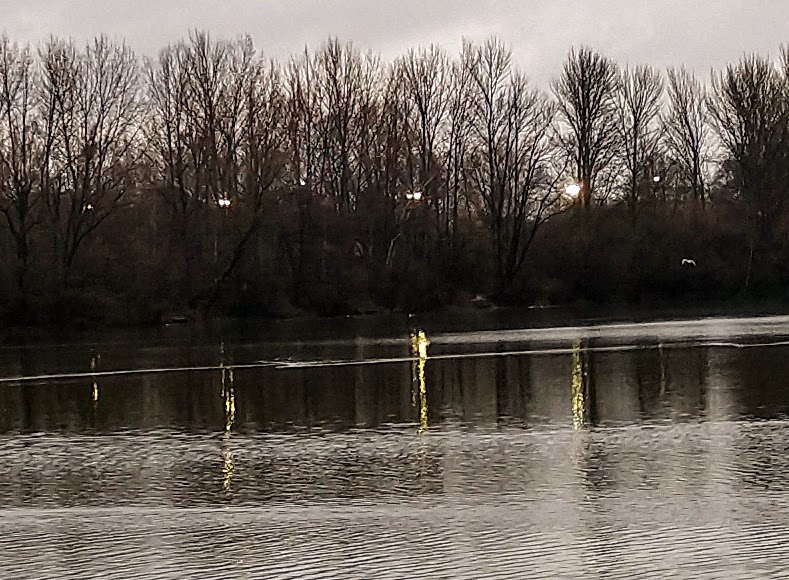 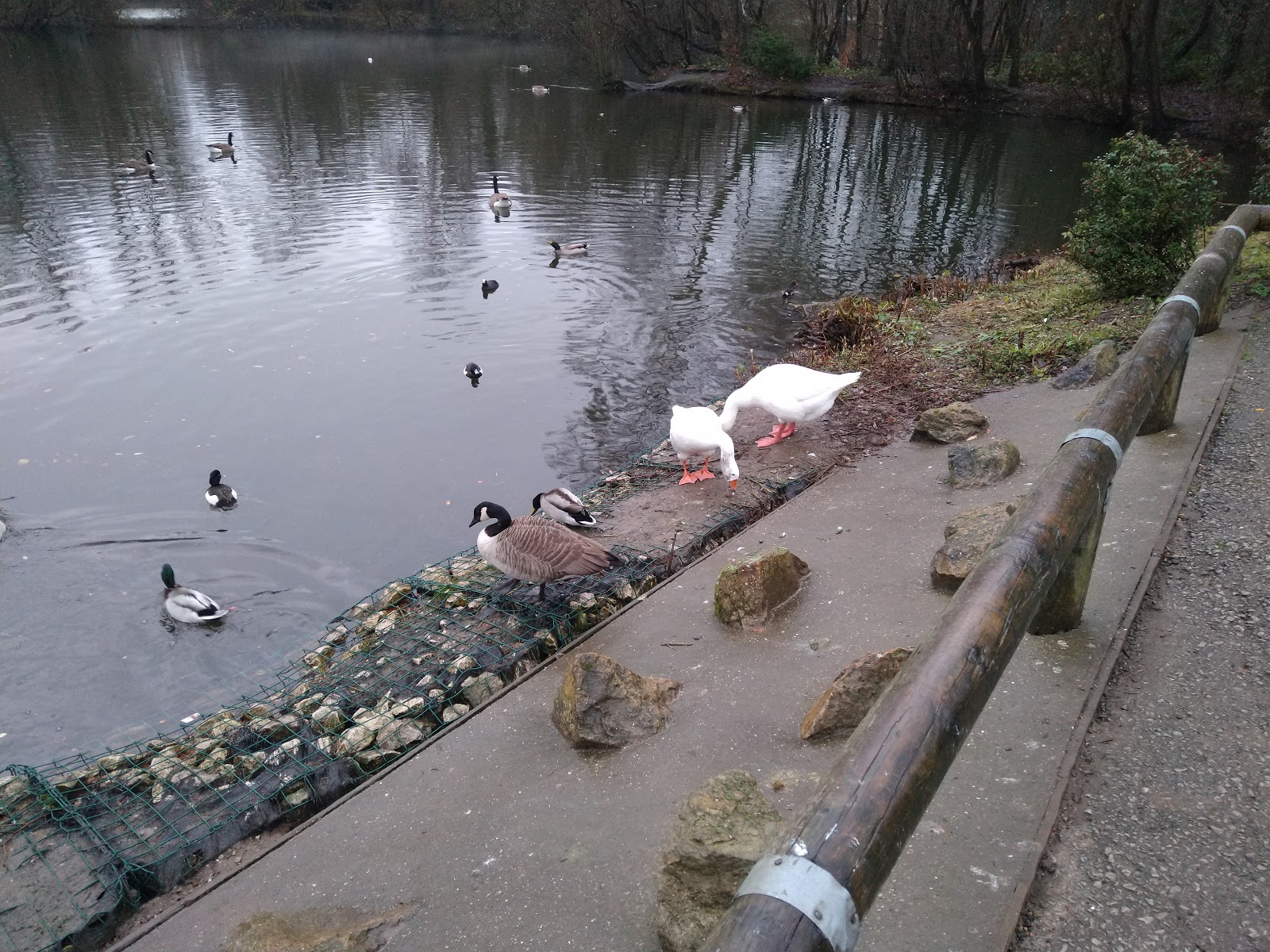