My new phone, a Google Pixel 6A (and no they aren't paying for me to write this article!) has a night shooting mode on it, the first phone I've had that can do this.

To my delight, I've found that this has enabled me to dabble in some very basic astrophotography now that I can record brighter stars in the results.

There is one constellation that is an obvious target because of this, because it has a number of bright stars in a small area, and that is of course the mighty hunter, Orion.

The most magnificent constellation visible to Northern Hemisphere viewers, it really is one of the few constellations that can be said to resemble what it is meant to represent. The main group of seven stars you can imagine forming his belted tunic, with a smaller group to the right resembling perhaps an arm raising a shield, while a group to the left could be an arm raising a sword or club.

The stars you can see in this photo represent some of the largest and most luminous stars that can be seen in the night sky, most remarkable of them being the famous Betelgeuse, seen here at the top left. It is a red hypergiant star that is expected to go supernova in some point in the near future in cosmological terms - in other words, within a few thousand years. When it does go bang, it will be bright enough to see in daylight, and to read by at night.

You can just about make out the orange tint in this photo.

Rigel, at the opposite corner is brighter and a rather different star - it is a blue supergiant that also may go supernova, but much further into history. Between them is the belt, Alnilam, Alnitak and Mintaka, all very luminous too. Amazingly, beneath them you can just make out a faint fuzz that marks Orion's sword, the nebula Messier 43 where new stars are being formed.

If you get a clear night, do take a look, although you might have to stay up late at the moment - I took this photo at about 4am!

All text and images copyright CreamCRackeredNature 29.10.22 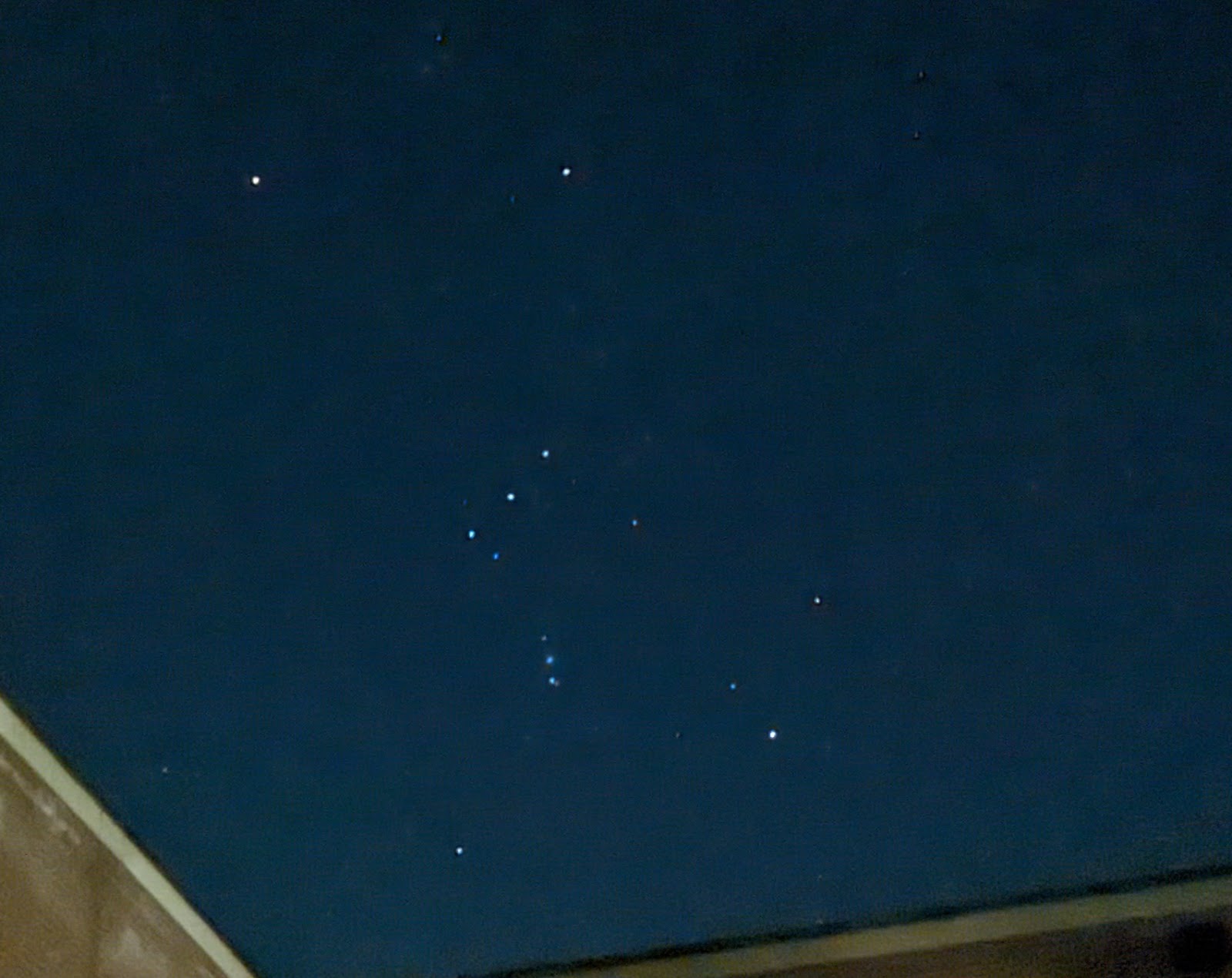