Wafting Around in the Heat

Sunday saw us back at home on a Sunday, taking on our good friends from Travellers whom we have now played 4 times in the last three years.

It was a blistering hot day when the sun was out, and the captain losing the toss and having us going in to field first in 33 degree heat was not exactly the start we wanted. We know how these guys play, they go to hit big from the first ball, and if luck is against you, this can lead to a very long afternoon chasing leather to all corners of our enormous outfield on the back ground.

Not to mention time spent digging the ball out of hedges and bushes.

As it happened however, we made a decent start, thanks to the opening blower we had borrowed from Travellers who put on an excellent spell, alongside our own well seasoned opener, who sadly (for us) is going off to teach PE in Abu Dhabi.

It was probably cooler in Abu Dhabi that day, to be honest, it felt very hot to me out there, and I just couldn't get into the idea of fielding and my sense of body preservation seemed to over-rule my brain after taking a few whacks with the ball the week before.

I tried to flog myself into the game, really trying to charge in, trying to get myself going. Nah, not today. I don't think I was alone either. Not in that heat.

Meanwhile, a young 12 year old bat for Travellers was having a great time seeing off our bowlers with good technique, and stealing the occasional run while the chairman had a go with his "Sunday off spin" which is actually wrist spin.

We were doing pretty well with Travellers 120-5, but they had backloaded their batting order with big hitters, and despite one of your young bowlers taking two wickets, the score fairly rattled along during what seemed like an endless last ten overs.

I even got to bowl myself, and it was ok, only two bad balls and the edge beaten a few times. But nothing in the wickets column.

Might have helped if I'd got my hands on the caught and bowled chance that came my way. Oh well. My season has long since gone to the dogs with injury causing lack of practice causing being rubbish.

So we just told everyone to go out there and bat long and bat for themselves, not that this was very easy as the pitch now started to misbehave and some nasty flyers started taking off from Traveller's rather quicker bowlers.

Still, everyone fought hard, especially our young left hander and the chairman, who put an excellent stand of 50 on. Travellers' youngest player, barely the size of the stumps, also turned out to be a very good little off spinner as well as bat, and he caused problem, while another bowler bowled huge leg breaks.

There was another bowled off a no ball scenario, two in two weeks for me. But unlike last week I didn't get derided for it.

Having finally escaped from umpiring after a 90 minute stint, I had to go and bat at 9 and went in skittish as anything, flapping a couple of runs before being hopelessly early, yet again, on a full toss and lobbing it to mid wicket like an idiot.

But we saw the game out, with a young lad making a fine 17 not out, and our number 11 having a day of days to get 7 not out despite batting almost in twilight at nearly 8pm.

It had been a very long hot day, and a beer at the bar was then most welcome.

We will see Travellers again next year. Lovely fellows.

All text and images copyright CreamCrackeredNature 16.08.22 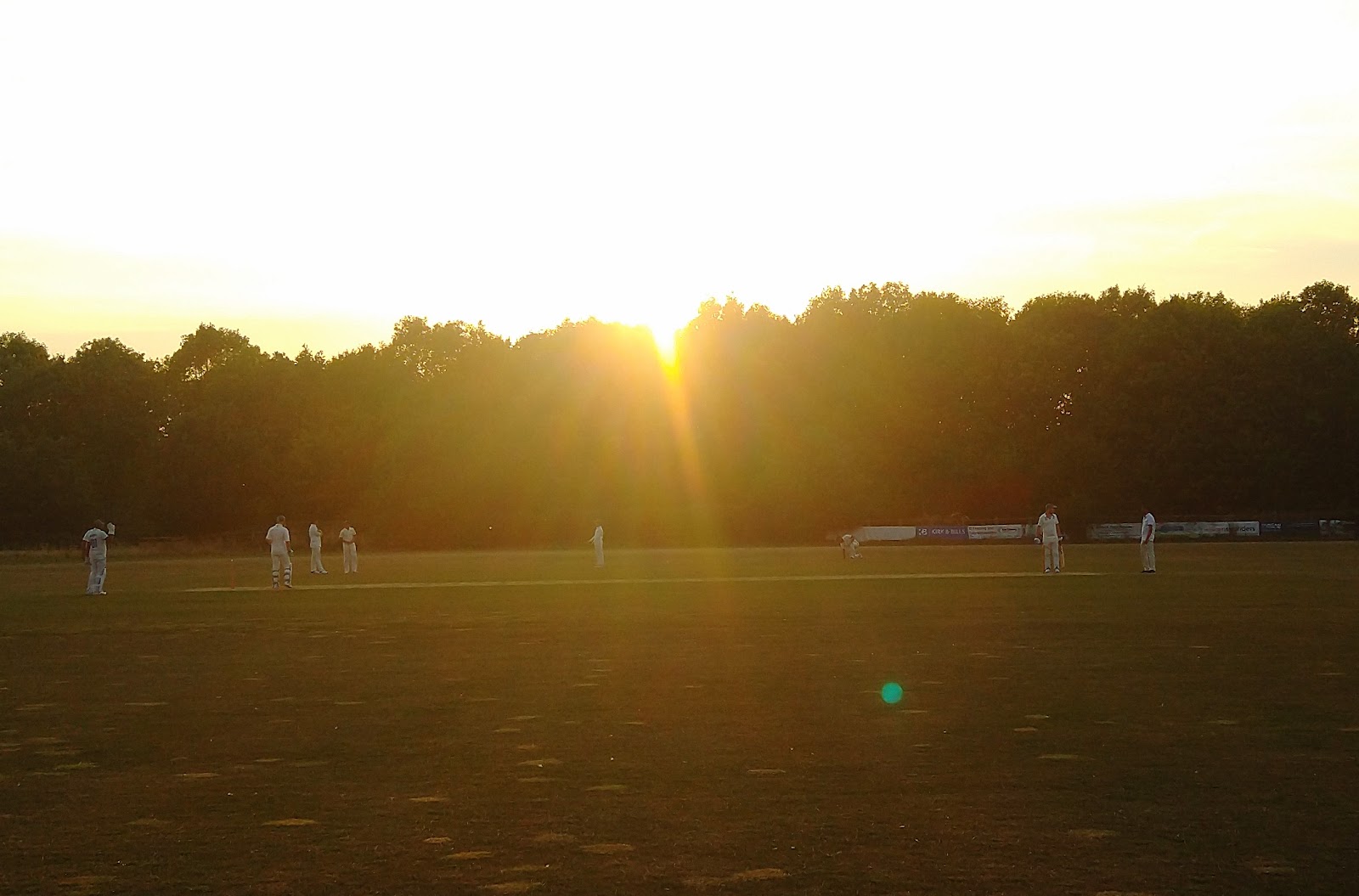 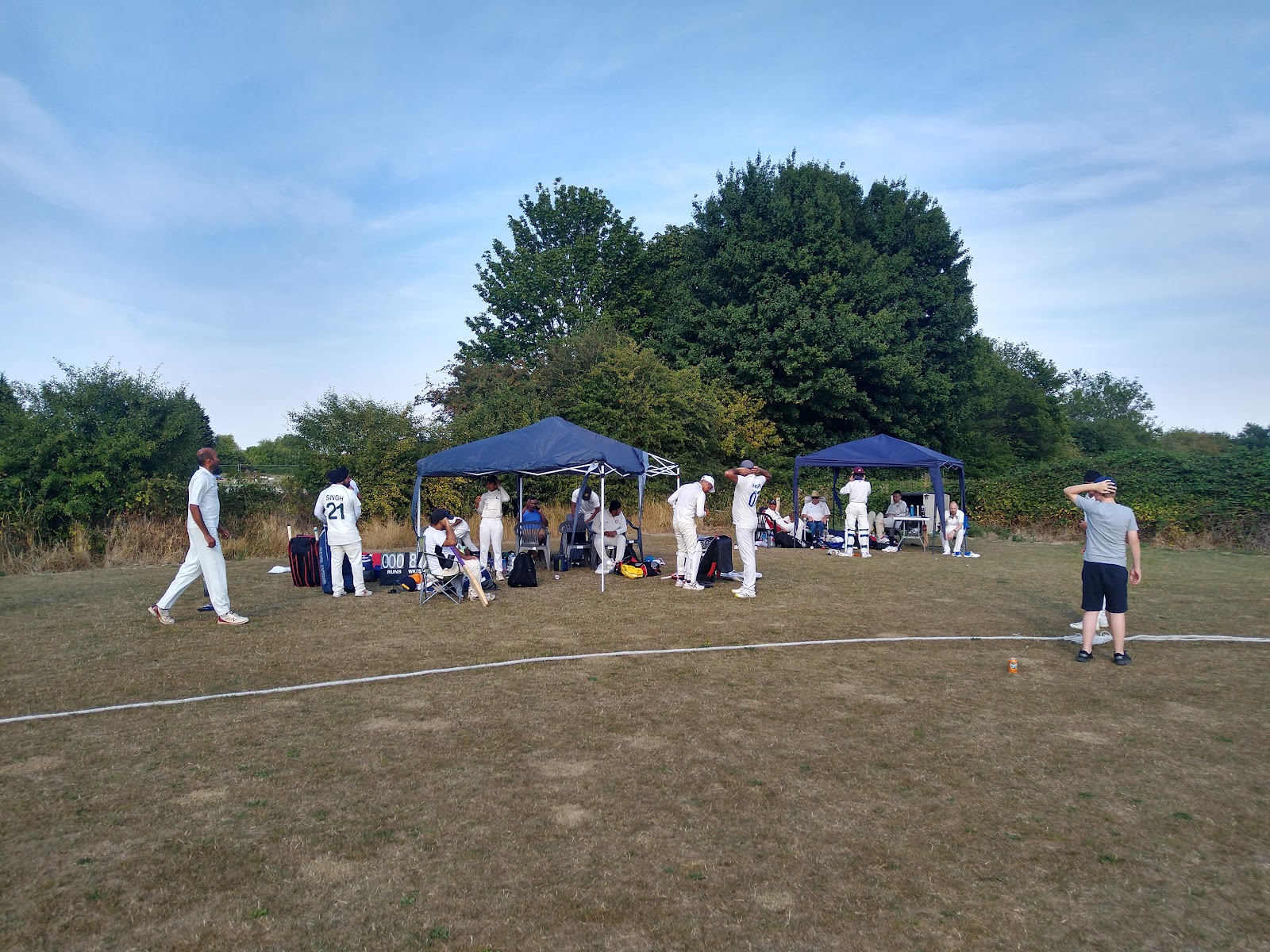 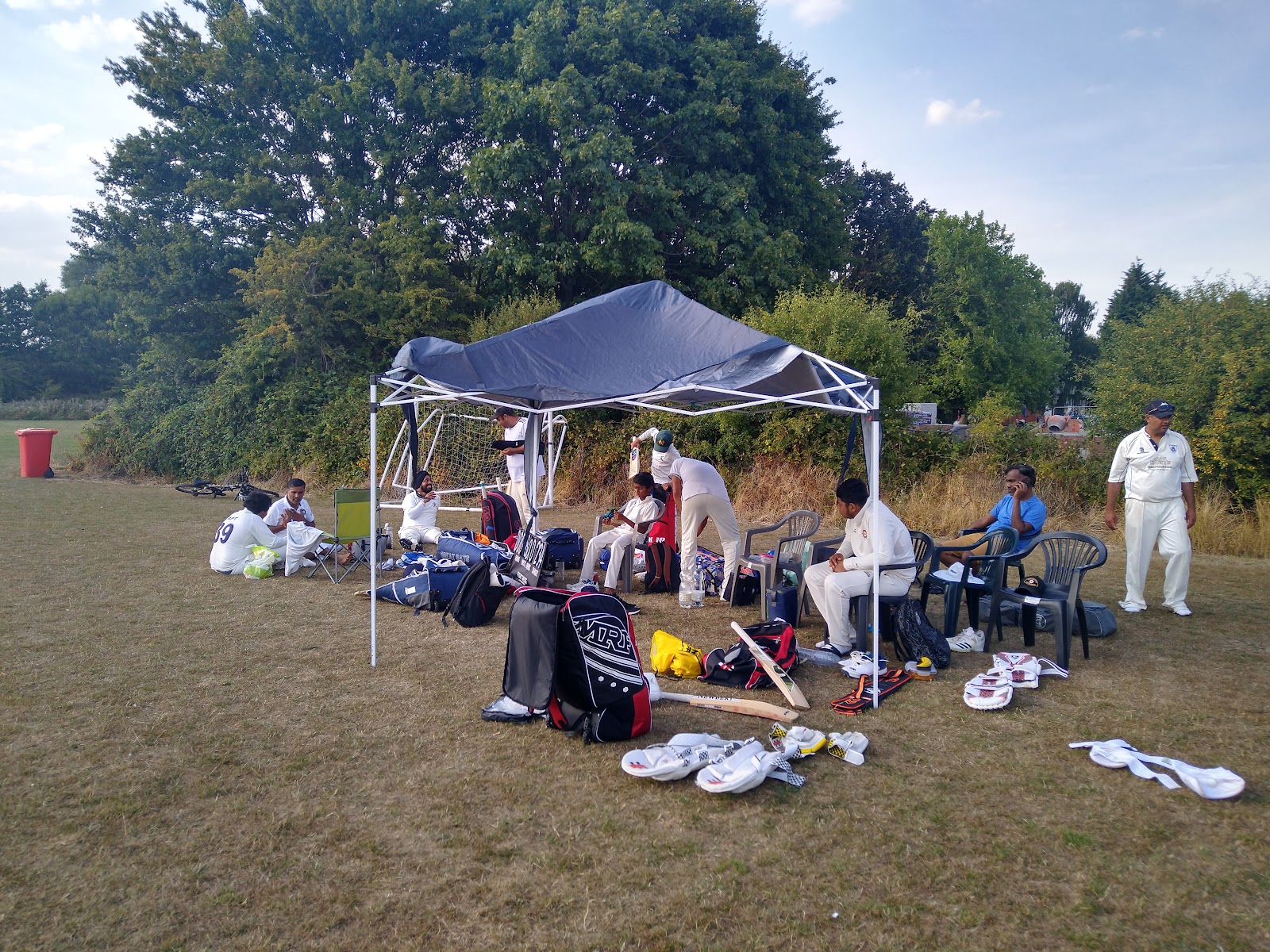 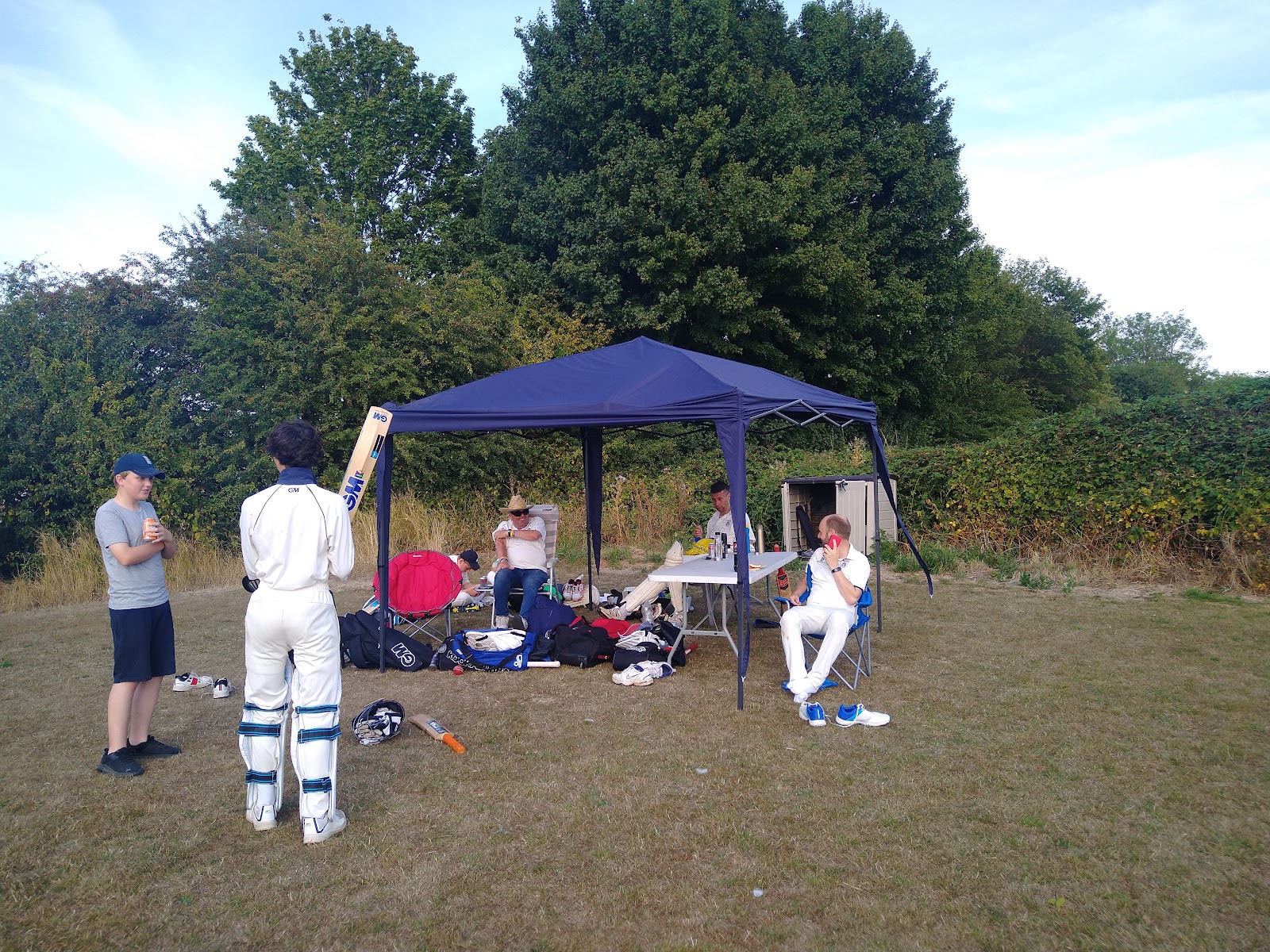 Posted by Simon Douglas Thompson at 15:12