SAturday saw our third team and myself make the short journey to Winthorpe, a very pretty ground and the home of Coddington and Winthorpe cricket club, to play their second team.

Indeed, the trip was so short I elected to go by bike, which only took 15 minutes via various cycle paths and was probably a quicker journey than those who drove.

It was a rather odd team the captain had assembled, comprising 5 fully fit actual cricketers, a couple of walking wounded (myself being one of them), the mum and sister of one of the younger players, and a member of our ladies side. There were only 10 of us, and I have to say I didn't hold up much hope for our chances...

So we fielded first on a very bumpy outfield - not what you need when you have some inexperienced players - and because of the shortage of players, I found myself fielding at mid on. Not the best position for me as the ball often gets hit very hard in that direction, and I'm a bit more nervous than I used to be about getting hit.

Which was already very nervous.

We did pretty well early doors, and we kept the young Coddington lads generally pretty quiet, with our irregular players really stepping up in the field and generally stopping most things. As I was doing too, although very clumsily and I got a hell of a whack on the wrist when I stopped a big hit. I made sure to try and help out as much as possible, and never stopped running around to cover other fielders if I could; having one player missing makes it so hard.

Rather amazed my muscles held up, for a change, but I was knackered afterwards.

We were short of regular bowling, and most of our side ended up having a go - apart from me  - and although our ladies side player did incredibly well and took a wicket, the grown ups had come out to bat by this time and the ball was being smacked everywhere.

We never stopped working and helping each other out, however, and I certainly never stopped being encouraging although the skipper seemed to disagree. They got 198-6, and no-one really cared as no-one thought we had a cat in hells chance of winning the match anyway with the team we had.

Oh I forgot, I did get to bowl one over, and nothing bad happened.

Of course, yours truly doesn't seem to get picked for anything other than umpiring these days, and being the only lower order bat that knows how to do it, this generally means that there is no rest for the wicked and despite being knackered after fielding I was ordered to go out to the middle and get busy with my garden stone counters and wavy arms.

I was hoping someone who knew what they were doing would get out so I could go and have a sit down. I figured I'd be needed to bat before too long in any case.

Early events tended to support my hypothesis, as we were soon reduced to 13 for 2 with my lbw finger being required quite early on to remove one of our openers while the other was bowled playing back when perhaps he should have been forward. This brought the skipper in to join our young bat who having started the season in great form had had a bit of a trot of low scores.

Almost immediately the skipper had a waft at one, and virtually everyone on the Coddington team went up for the catch behind. I heard nothing, and the skipper did not walk, so I couldn't give it.

This, to say the least, did not go down well. There was a lot of swearing, a lot of "Effing hell", dirty looks from captain and bowler and every fielder, and I was made to feel like a cheat, worthy of ground swallowing up status.

I just wanted to walk off the field. But, it is all part of being an umpire, an honest umpire, at any rate. Most of us get accused of cheating, it just hadn't happened to me before. Folk refereeing kids football games get it far far worse.

What didn't help was during the next over, the young bat was bowled. Off a no ball. Thank god I called it early.

And why was this important? It was because after this, not another wicket fell as thew two of them put on an unbeaten stand of 188 to win the game. The batting at times was unbelievable, as was the attitude of the grown ups on the Coddington team who were straight down the throat of their young kids every time they made a mistake, yelling the full width of the cricket ground at times.

We had supported each other, backed each other up, brushed the cock ups aside, and enjoyed ourselves. Within ten overs the Coddington fielders were silent as the grave when they weren't barking at each other, and the adult bowlers when they brought themselves on were awful.

It made me forget what had happened earlier.

The mad thing was until we got within 20 runs of their total, I had no confidence we would win the game. We were so light in batting that one wicket could have led to seven in a very short space of time, especially with me yet to don the pads and gloves.

The skipper hit a massive 6. The young bat just blasted anything off line all along the ground for four, 16 of them in total. With about 6 needed, he brought up his century.

I abandoned neutrality at this point and got a photo of him in the middle - skipper thought this was a bit village, but so what! It was amazing his mum and sister were playing in the same game, you couldn't make it up.

Skipper sealed the deal next over. A team that shouldn't have won had gone and done a massacre. And I was on the field for every minute of it!

All text and images copyright CreamCrackeredNature 08.08.22 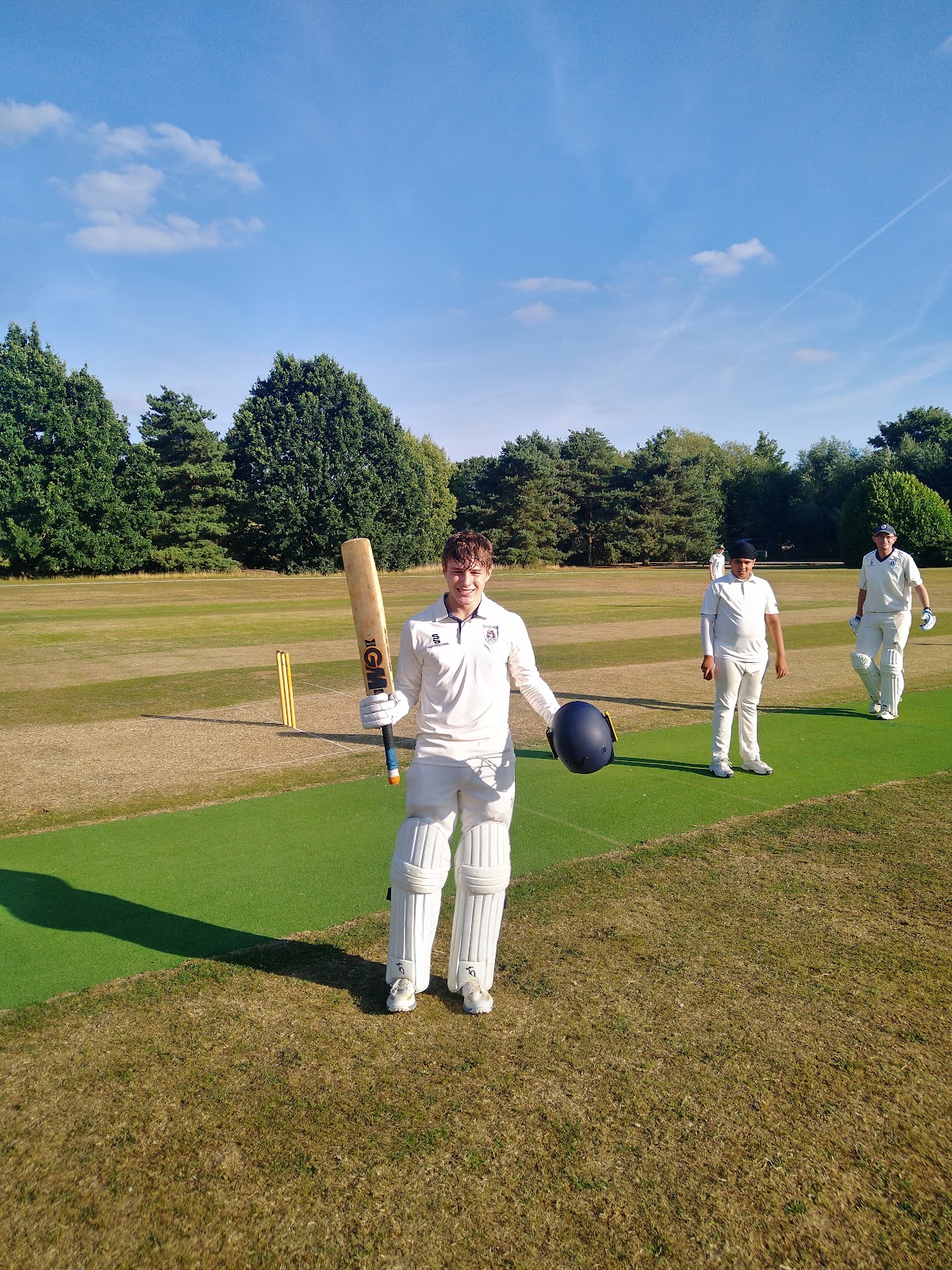 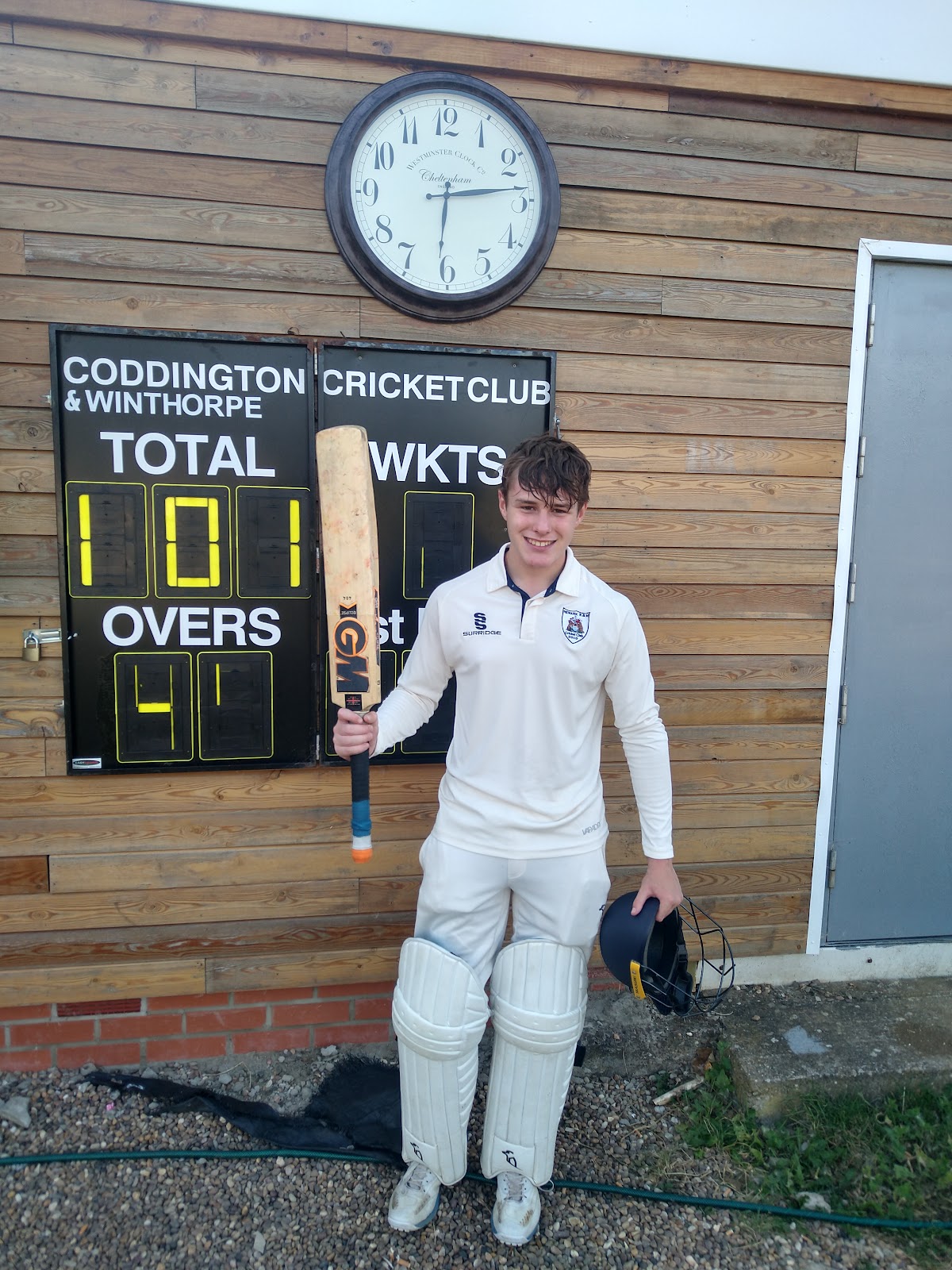 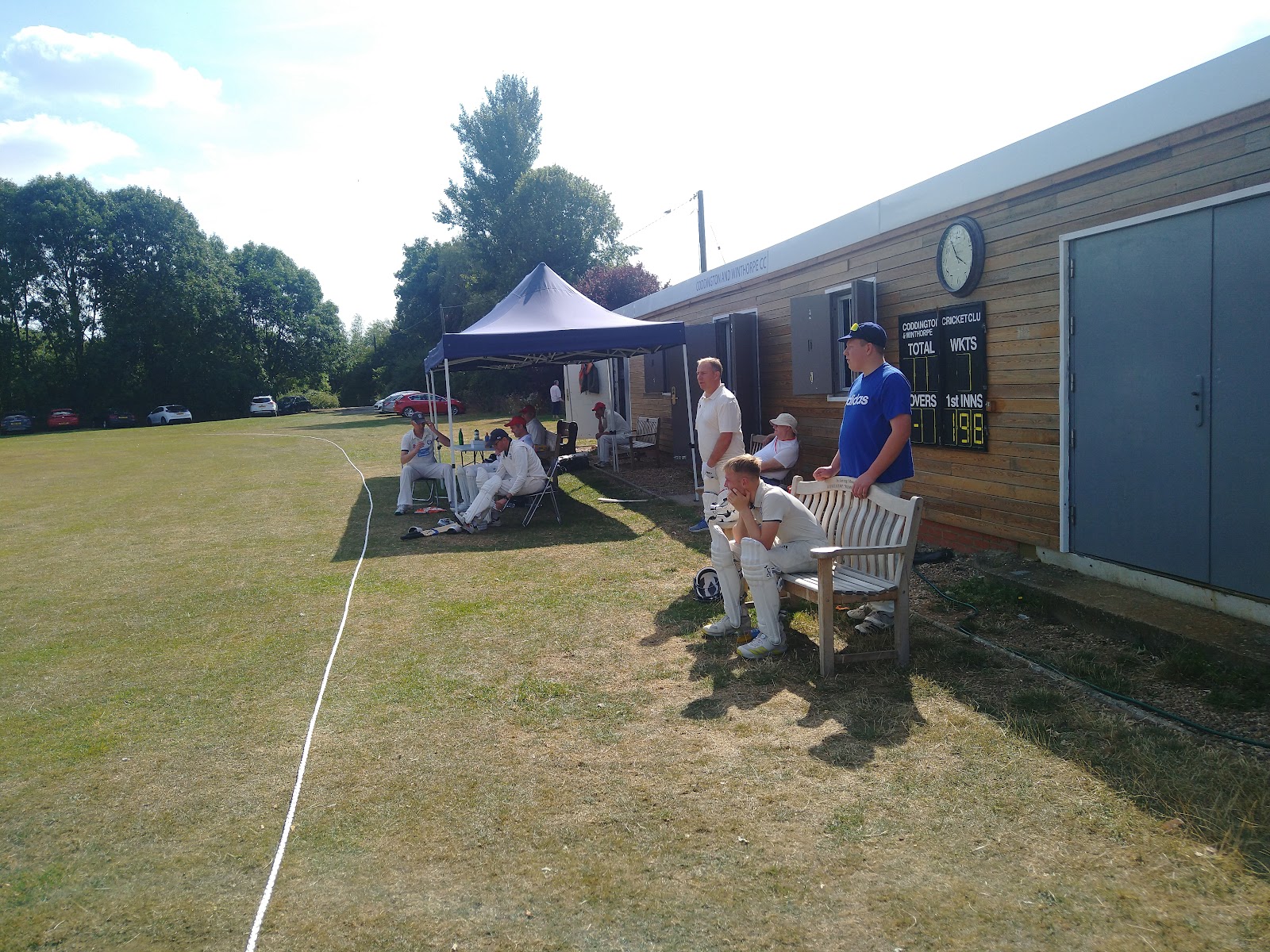 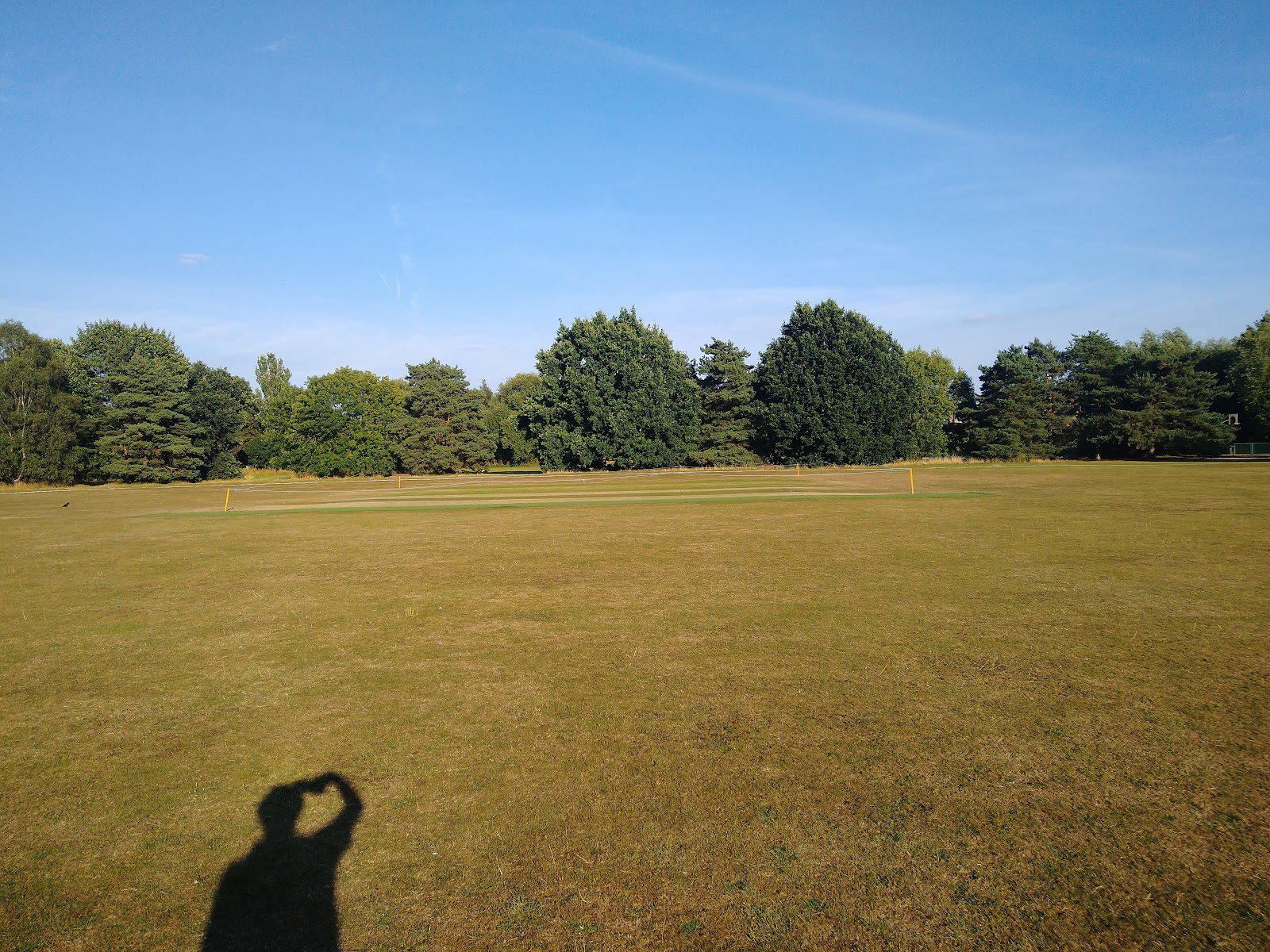 Posted by Simon Douglas Thompson at 16:26