So, feeling rather fat, lumpy and lazy, I got a bit fed up with myself  and with no games of cricket in my legs from the weekend, I decided to take myself out for a gentle run down to the park.

Or so I thought.

When I got down there, after a fairly gentle 1.5km, I found a lot of activity around the football changing rooms. A large gaggle of a couple of hundred runners, mostly clad in the luminous orange and yellow of the Striders and NOTFAST running clubs respectively, had set off down the path in what was obviously an organised race with marshals, timekeepers and a finishing funnel.

Realising that my usual route in the park would take me running head on into the dense fluorescent stream of joggers, I decided I would follow them around - and see how many of the slower ones I could pick off on what turned out to be a Parkrun type 5km race.

I felt rather cheeky for joining in, and felt compelled to apologise, Withnail like, to every marshal I passed.

"I appear to have joined in a race by mistake".

They didn't seem too bothered, and kept on clapping me as I trotted along.

I say "trotted", but this being a race with people running in front of me to act as hares, I found myself rather thrashing it as the adrenaline took hold, and because I was effectively running a 6.5km race rather than a 5km one, I began to suffer round the last half lap, to the extent that one or two of the tortoises were able to catch up to me and pass me again.

I did however have enough wits still about me to be gracious and step off the course just before the finishing funnel, before rather stiffly setting off for home.

My first organised race for a few years, and I never even meant to take part.

All text and images copyright CreamCrackeredNature 07.06.22 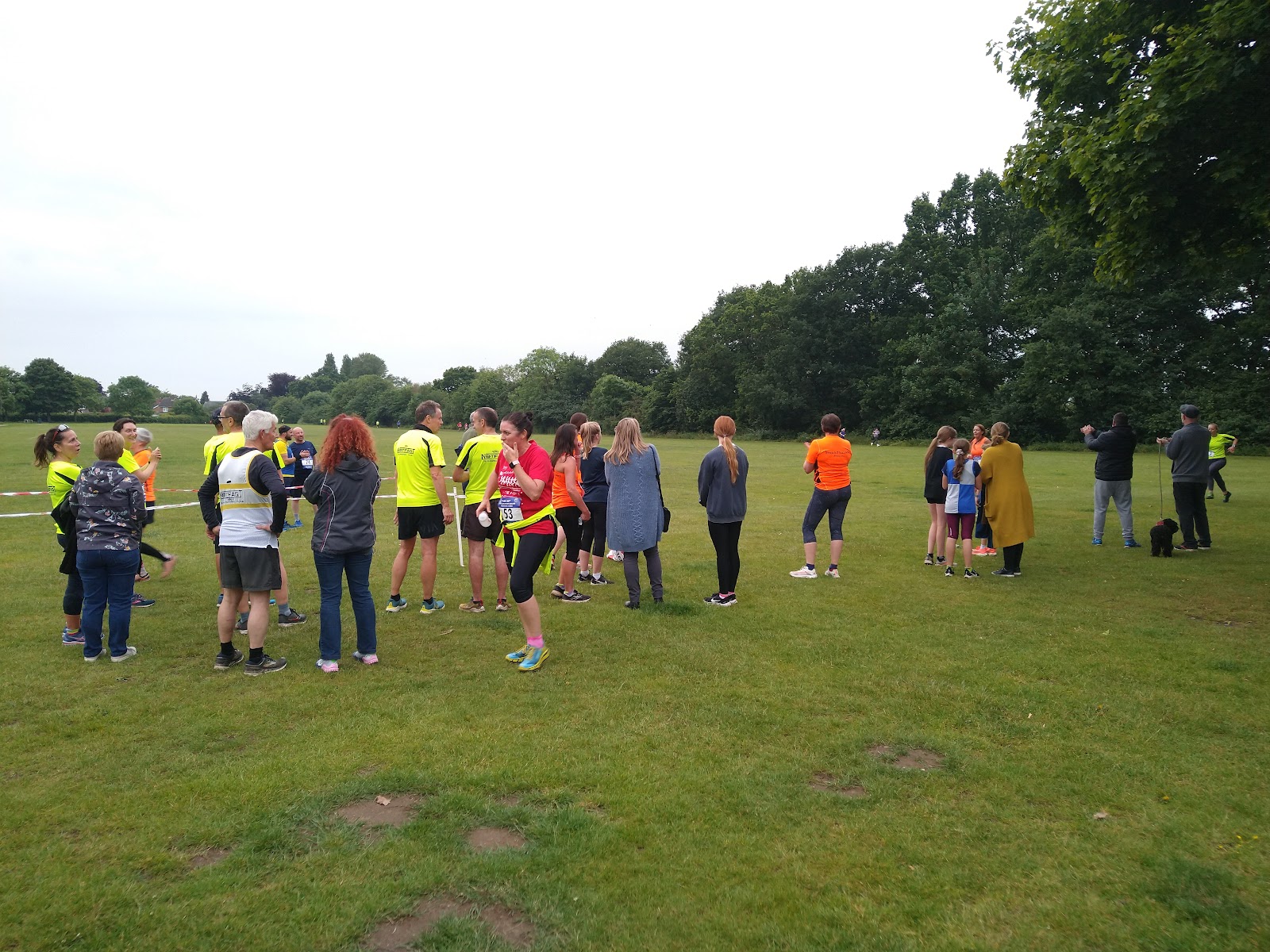 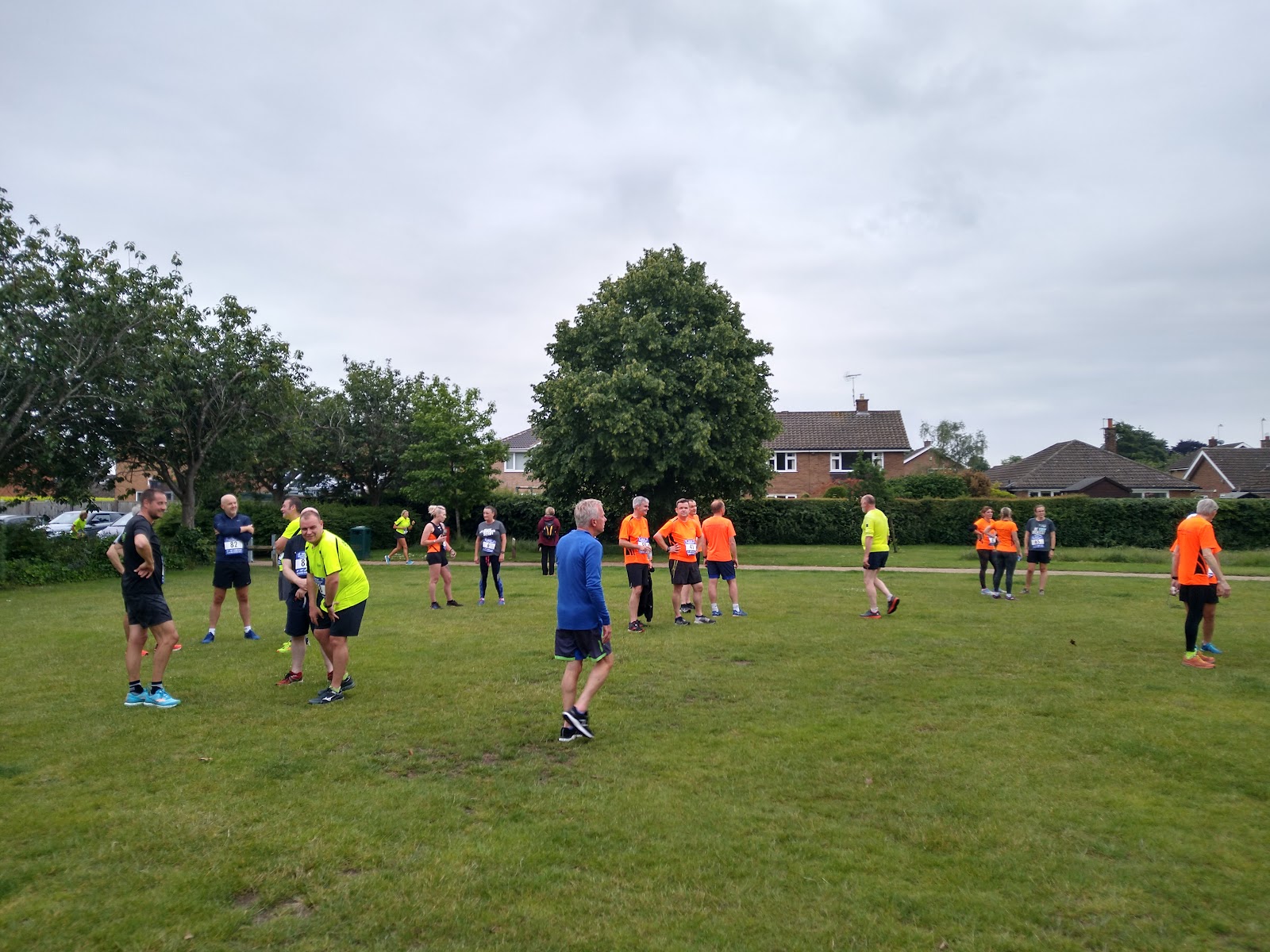 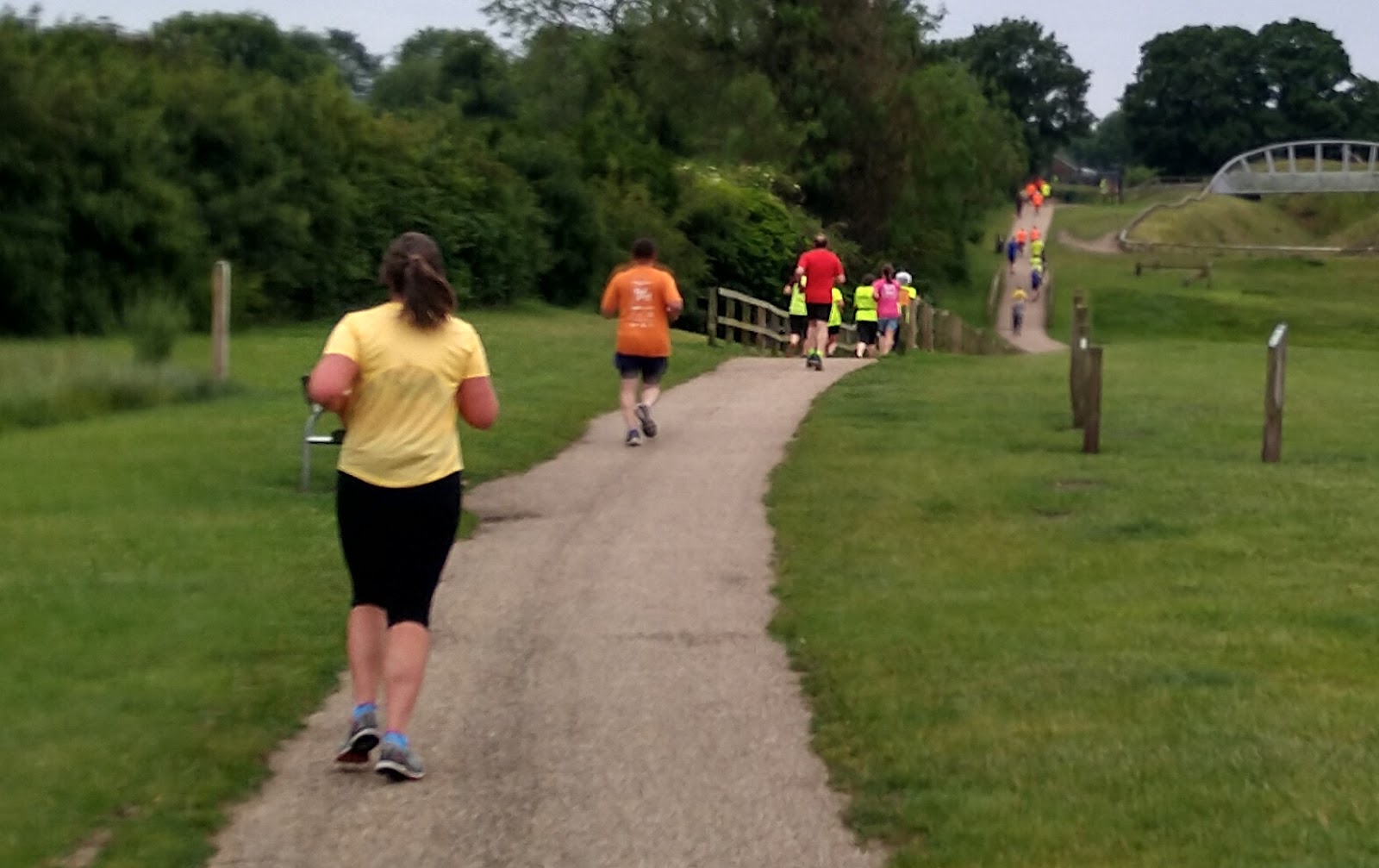 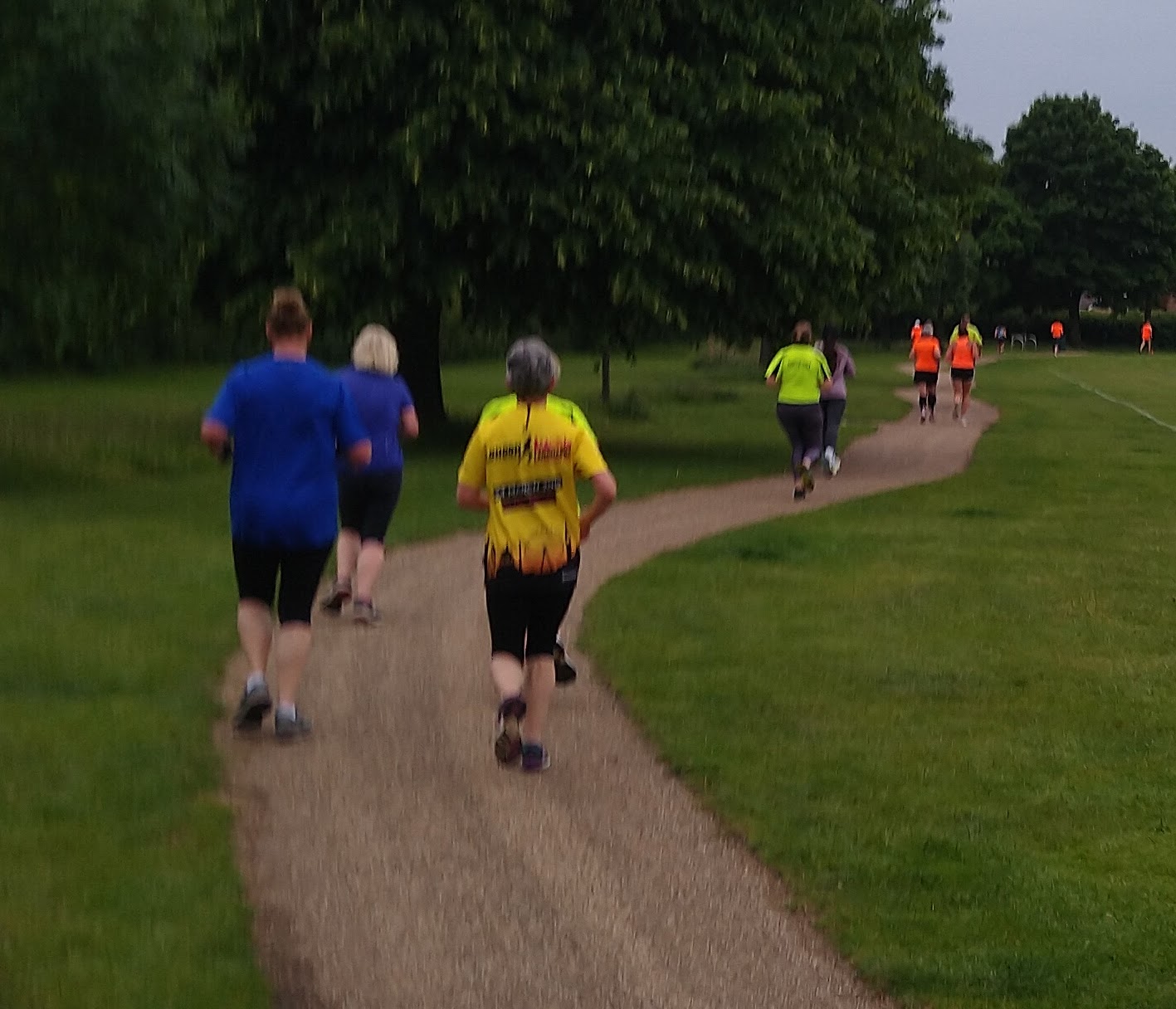 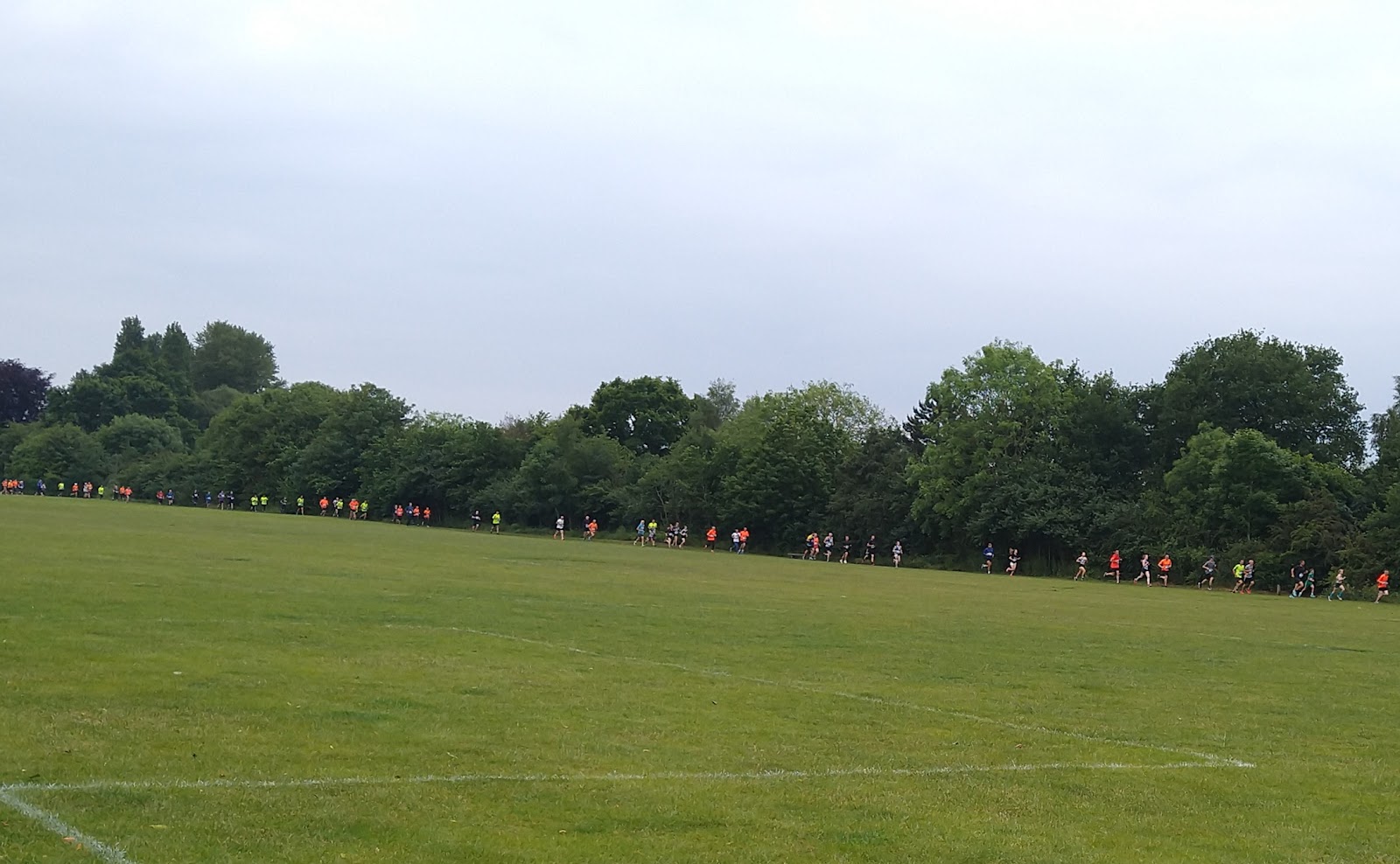