So Near the Hero

Found myself, after last weekends cricket-less experience, in our second team today to take on Beeston and Toton Sycamore.

Always known as BaTS, they are a side I've played at all levels, first team, second and third, and they are usually a generally ok bunch, with the odd curmudgeon present. They've had a lot of trouble and re-organisation lately, and today they were a slightly younger bunch than normal.

I say "younger", many of them seemed to be about my age or older, but I've played BaTS teams in the past that looked like they had been re-animated from the dead with voudun rituals the night before the game.

Anyway, we went out to field first in a forty over game - no forty-five over grind today thank you skipper! and I took up my customary position at square leg where the crappest fielder goes, determined to field with energy along with my usual hopeless clumsiness.

While our opening bowlers set too with an accurate opening barrage, I didn't really have a lot to do but urge the team on with inane cricket-isms that I kept fluffing anyway, leaving me sounding loudly confused. I did make sure I backed up, supported and ran around hard and took the plaudits for when I did something right, like touching the ball without breaking my leg or some such thing.

At least until a slight misfield cost us a run, at which the bowler looked at me very angrily for spoiling a maiden over.

However, after a second wicket fell, the next over I found myself still at square leg presented with what looked like BaTS' best bat mis-timing a pull shot that looped reasonably quickly towards me as I ran in.

Presented with the choice of catching the ball or having my teeth knocked out, I got my hands up in front of my face and somehow caught the ball despite the fact that as usual I blinked in reflex to the ball hitting my hands.

Laughter and cheers greeted this rare occurence of me holding a catch. It's the first I've taken for about three years.

The rest of the innings proceeded turgidly slowly as our good fielding and bowling restricted BaTS to 122 for 8 in 40 overs. I kept my energy levels high, at least until a tweak in the buttock region slowed me down a little. However, I did drop another catch, which was disappointing. Nothing ever goes entirely right.

Our batting reply, after an early wicket, started steadily, and I roamed the wild pastures of buttercups at the edge of the field butterfly hunting and hoping that I wouldn't be required to bat, or indeed do anything more at all. Our numbers 1 and 3 acquired runs at the required rate with little trouble against bowlers who were accurate if nothing else.

However, after we'd got to about 75 for 1, things started to go run when our opener spooned a catch to gully. Knowing we were a bit thin on batting today, I began to have bad feelings that my part in the match was not yet done.

This worsened after our skipper was caught off an above waist high full toss which our umpire at square leg called a no-ball, but was over-ruled by the umpire they had brought with him. There then followed a bizarre discussion where their umpire said it wasn't a no ball because the skipper was leaning backwards so his waist was lower.

In terms of anatomical geometry, unless the skipper had somehow adopted a limbo position like the girl from "The Exorcist" did when she scuttled down the stairs, this seems very unlikely and it led to an unpleasant post-script to the game.

From this point, we just struggled to score runs at even the fairly low required rate, and wickets just fell around our number 3 as he stood powerless at the other end. We needed 24 off the last 6, then 10 off the last two, but this second last over was a disaster as three wickets fell and only two runs were scored.

Our keeper then fell at the start of the last over, and I had to go out there required to hit 8 off 4 balls to win the game.

First ball, of admittedly a less than deadly bowler despite what their wicket keeper was calling him in between gently telling me what pressure I was under, I managed to whip behind square for 4, just past a fielder's despairing dive.

Next ball I missed.

Third ball, I absolutely hammered out of the middle towards the distant boundary at long off, and I trotted up the wicket fully expecting the ball to go for 4. Unfortunately, as I watched their bat I had caught out earlier on sprinted around the boundary like a mad man and dived like a porpoise to get a hand on the ball. Even then, I thought he'd knocked it over the rope, but no, it didn't. Guilty of ball watching rather than running, me and the number 3 ran two when we should have run three.

Still, one more ball. I could still do it.

It was a slow short ball, and I thrashed it straight into the bowler's stomach. It knocked him to his knees, but he still held on to take the catch, and we had lost by one run.

Gutting. It still smarts now as I type this.

Some awkward scenes post-game, as accusations flew about the limbo-ing no ball, but I was sat in the dressing room with my head in my hands.

Feels like my fault. But I'll live and try again tomorrow.

All text and images copyright CreamCrackeredNature 11.06.22 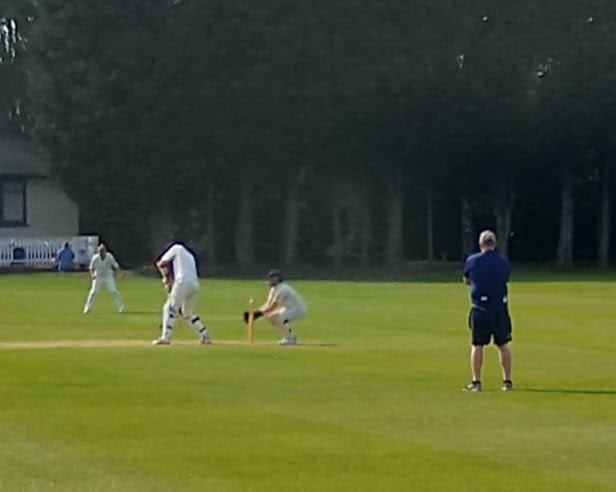 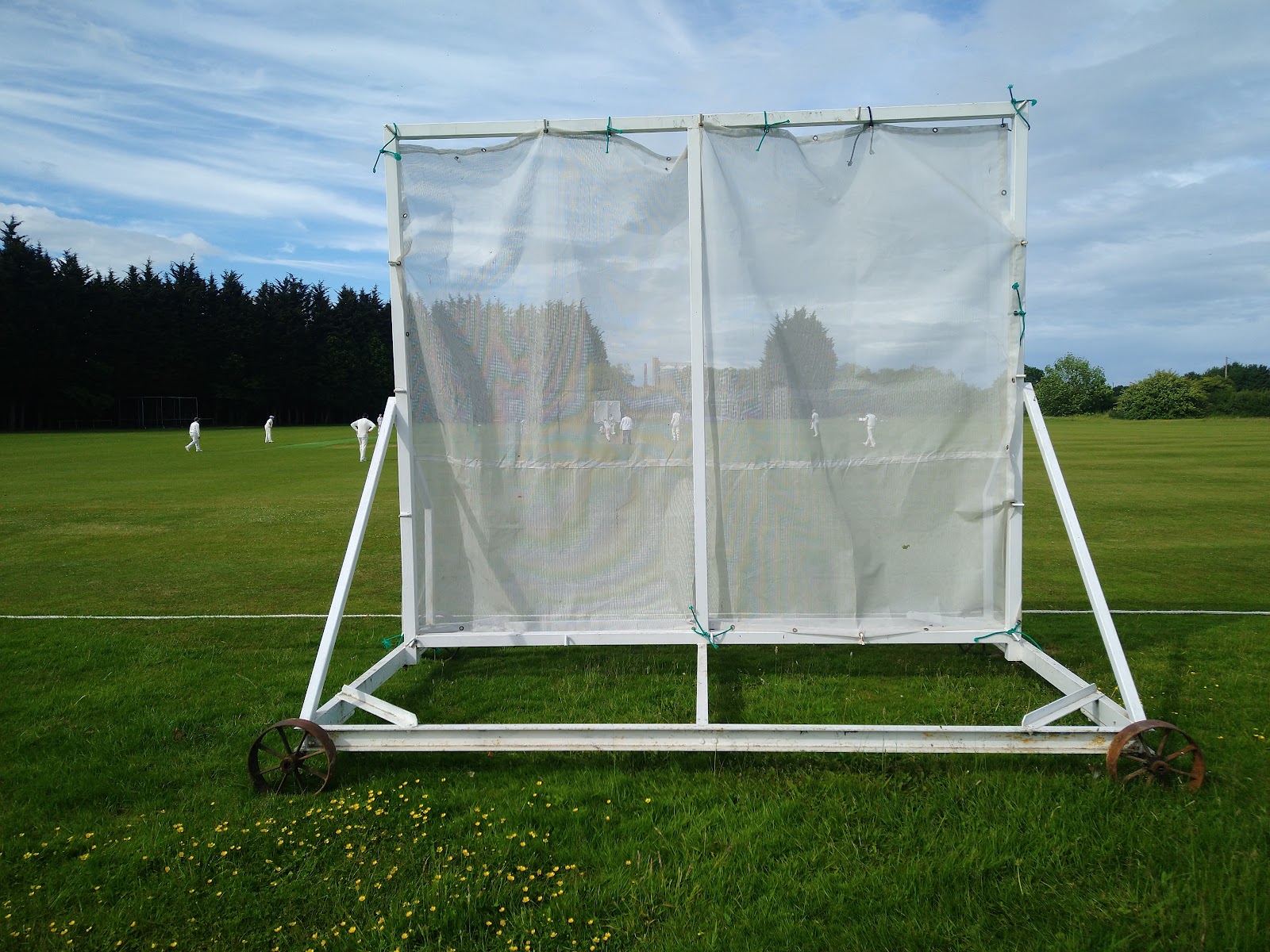 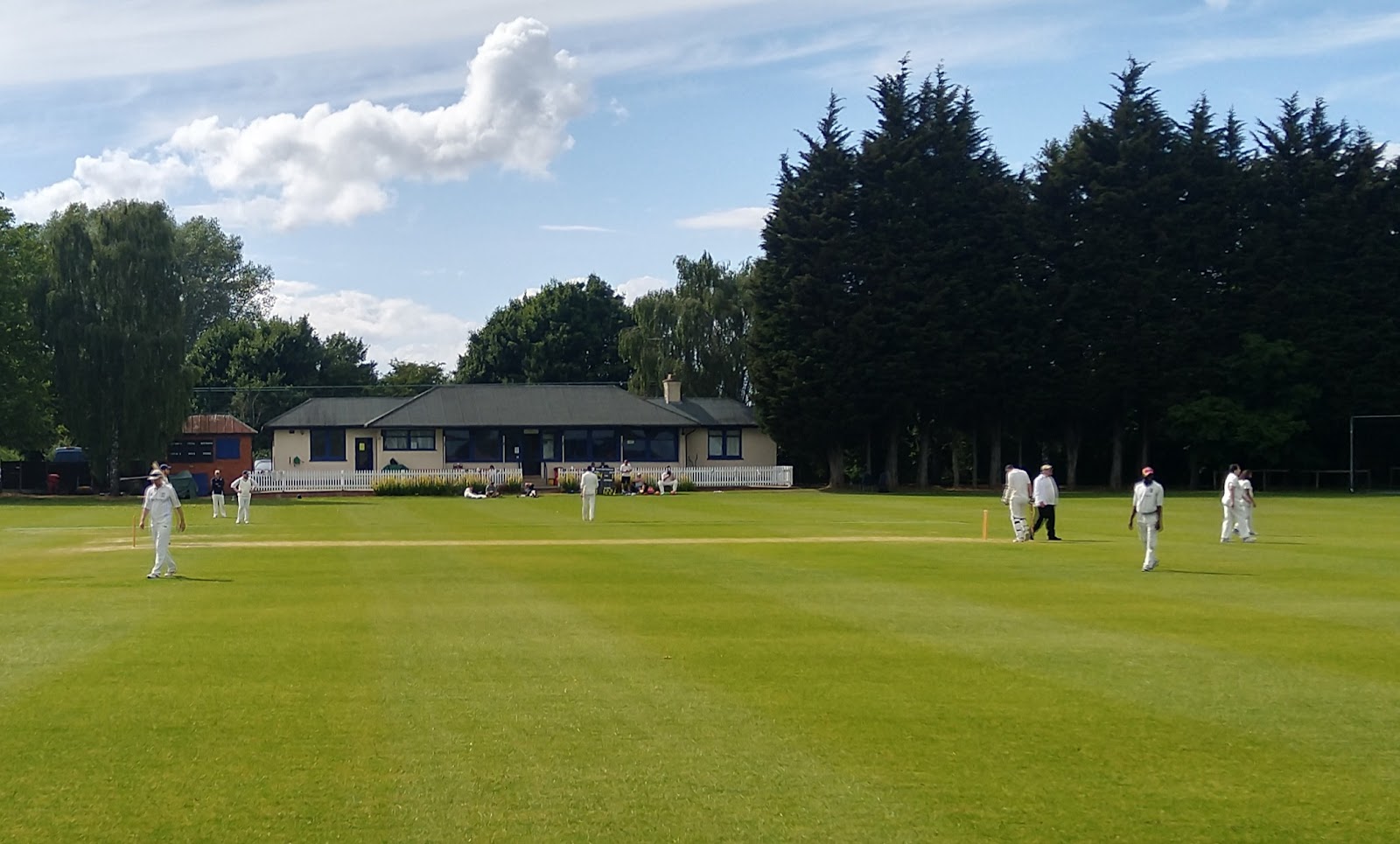 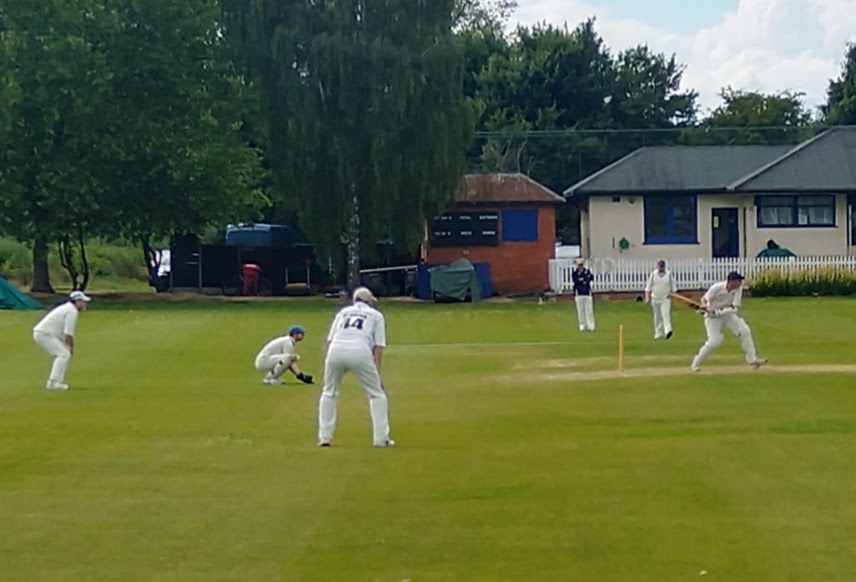 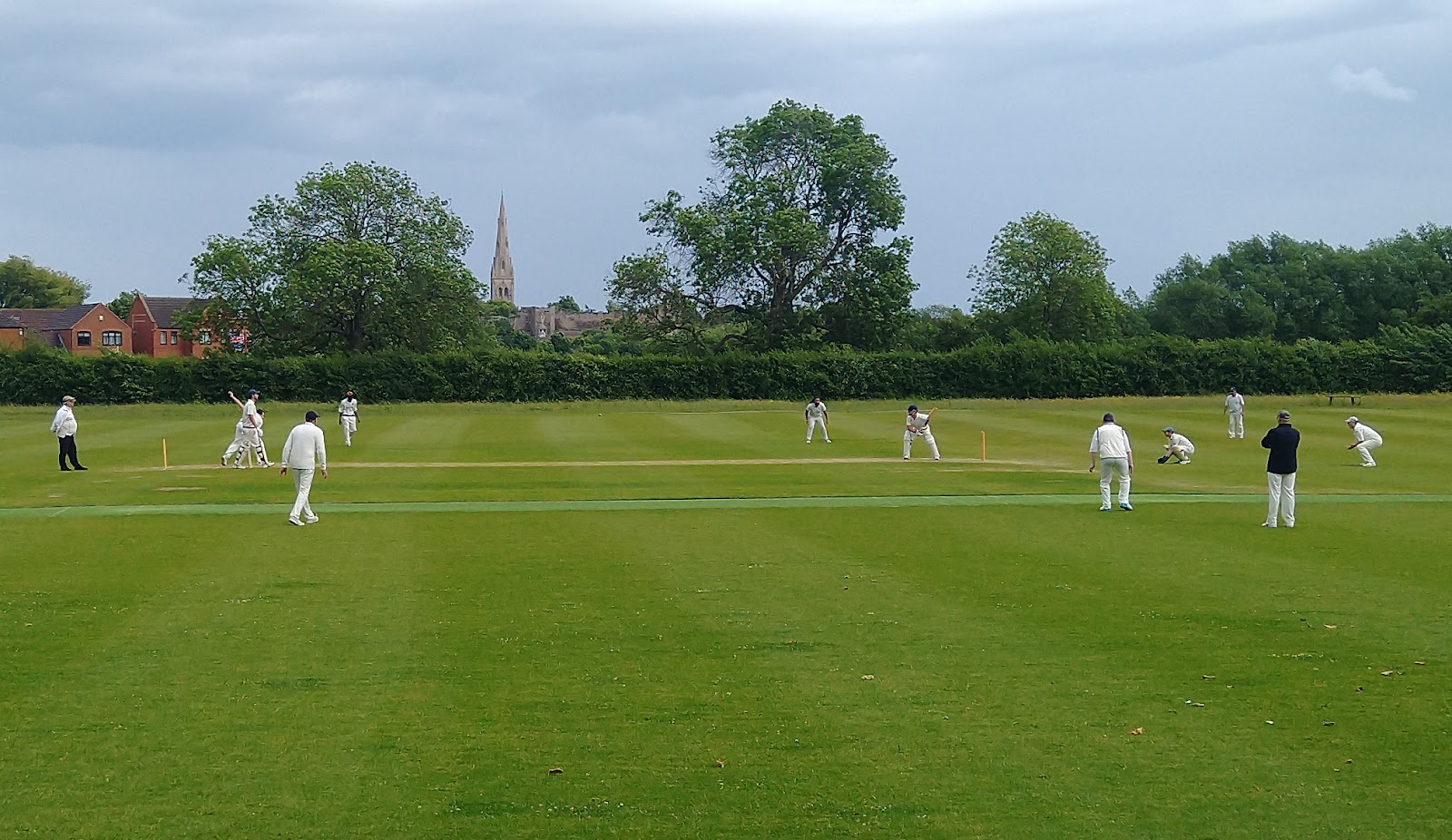 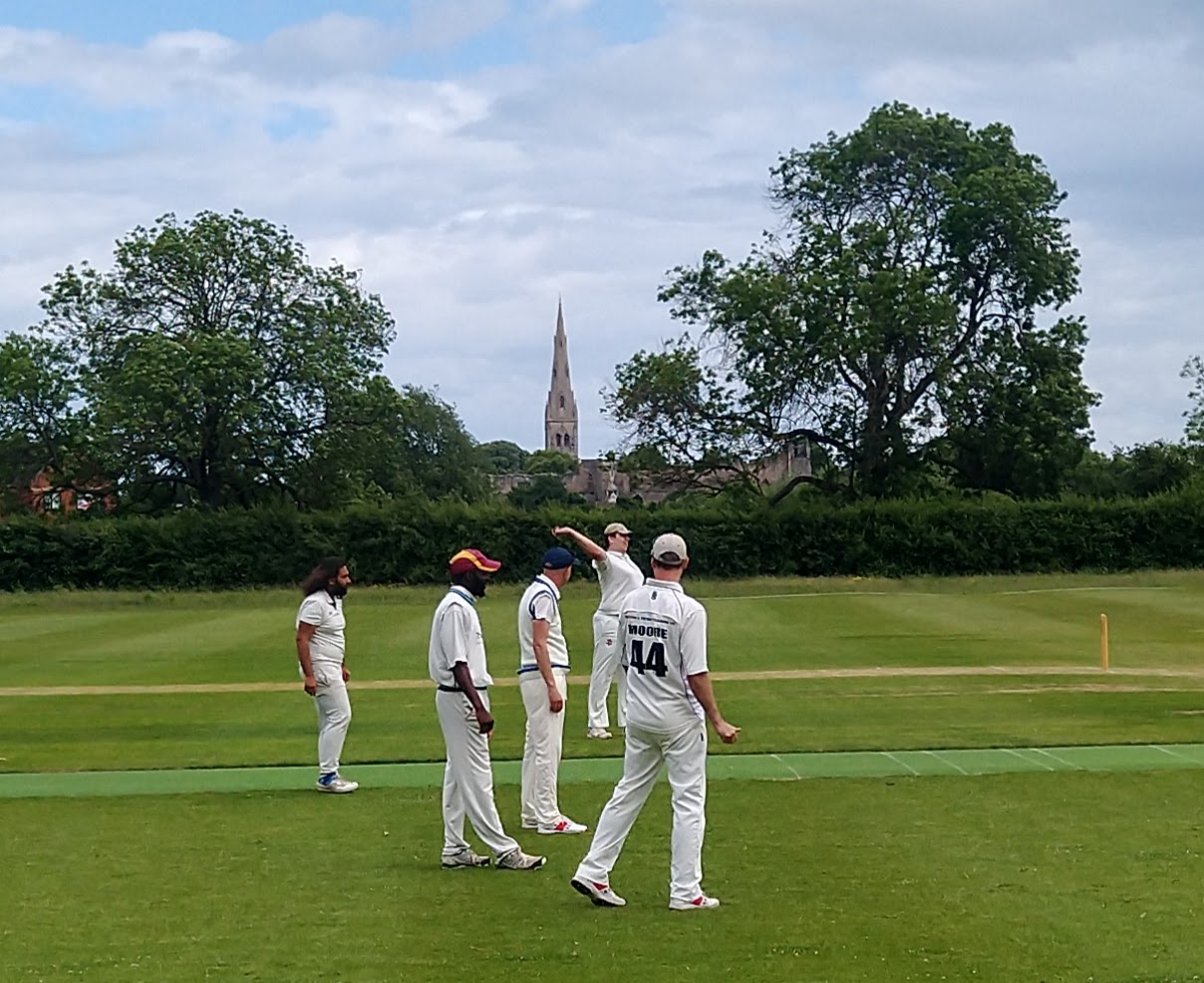 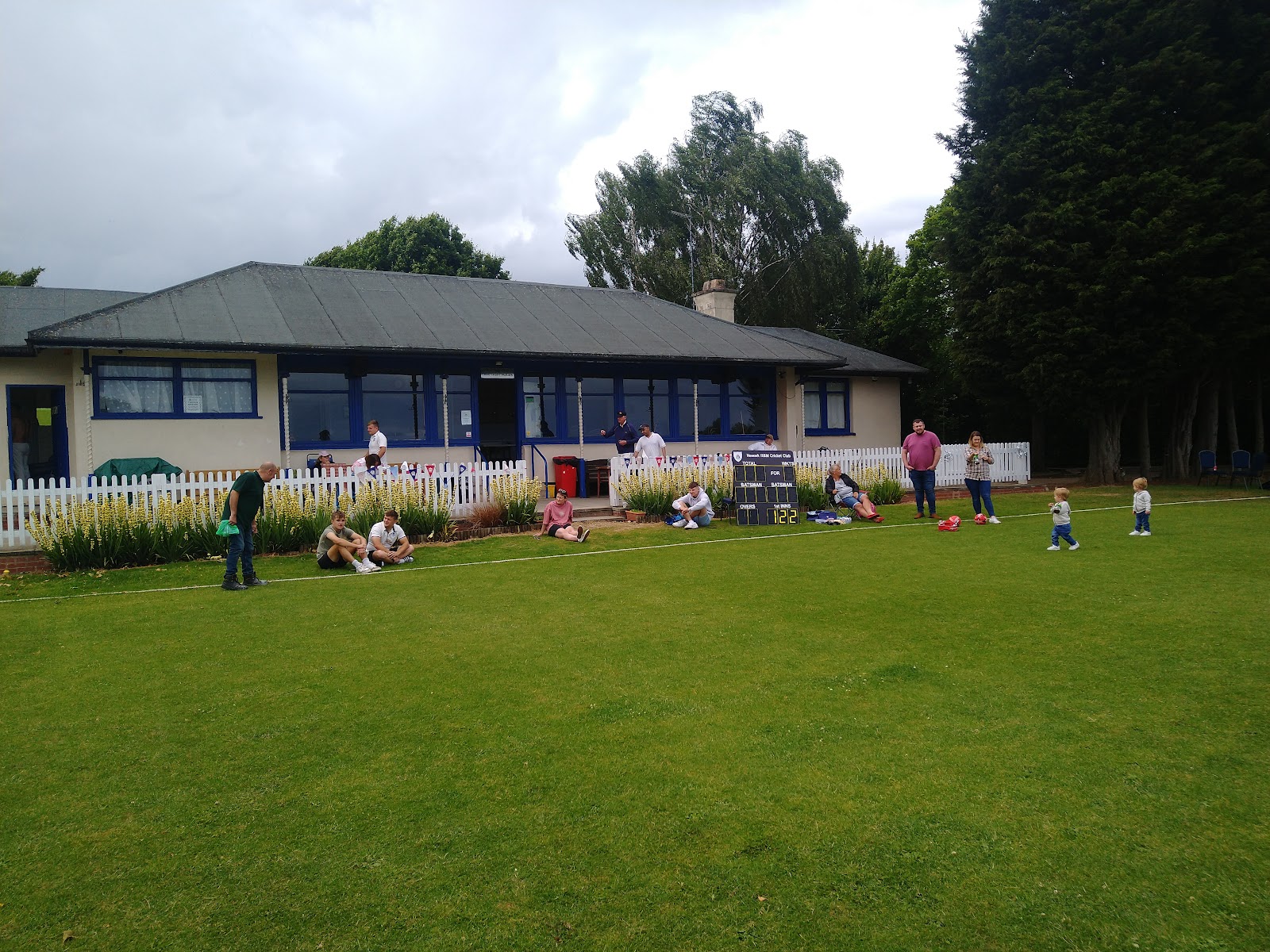 Posted by Simon Douglas Thompson at 15:01