Escalation at Stop the Chop

Well, the protests down at the trees by the library have intensified over the last ten days or so, with the council clearly getting more and more annoyed with the intransigence of the protestors.

It started when the council moved in, ostensibly to carry out an ecological survey on the trees, and look for bats despite the fact that disturbing roosting bats - and I haven't detected any down there while others have - is illegal.

The protestors decided that this was an attempt to start work on removing the trees and after being warned turned up en-masse to obstruct. The "ecologist" refused to give any credentials, and an attempt to remove a section of hedge to get a cherry picker in so the bat boxes could be inspected was taken as an attempt to create access for building work to begin.

Supposedly things turned quite ugly according to the local politicians, other observers say not.

After that, the protesters installed a gazebo and a tent so they were on site 24/7, and the situation stabilised apart from some verbal sabre rattling from the council.

However, at 7am this morning, council workers turned up with the police, announced that anyone staying on site would be charged with aggravated tresspass, and erected a 6 foot fence around the site claiming that as it was private land there was no right of access, a fact they've rather ignored over the last, ooh I don't know, twenty years.

Immediately more protesters were summoned to the stand off, although most left after being threatened with arrest. A hard core of five, including a woman in her 80s, stayed on although she was encouraged to leave as night fell and the weather began to cool.

As I type, four people remain, sleeping on deckchairs and supplied with food, blankets and other necessities over the fence, including a luxurious toilet bucket each.

The town has made the news...

All text and images copyright CreamCrackeredNature 11.11.21 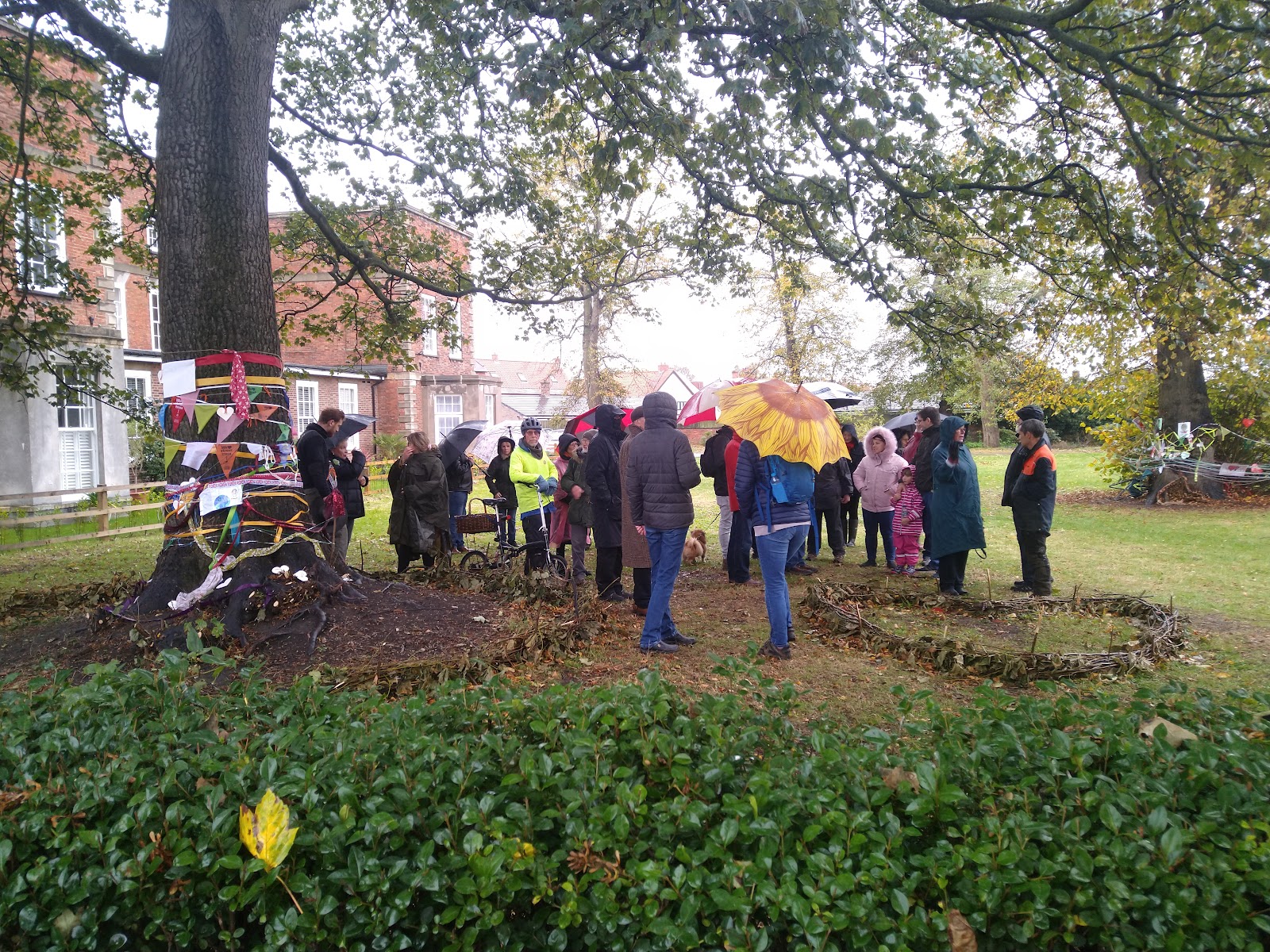 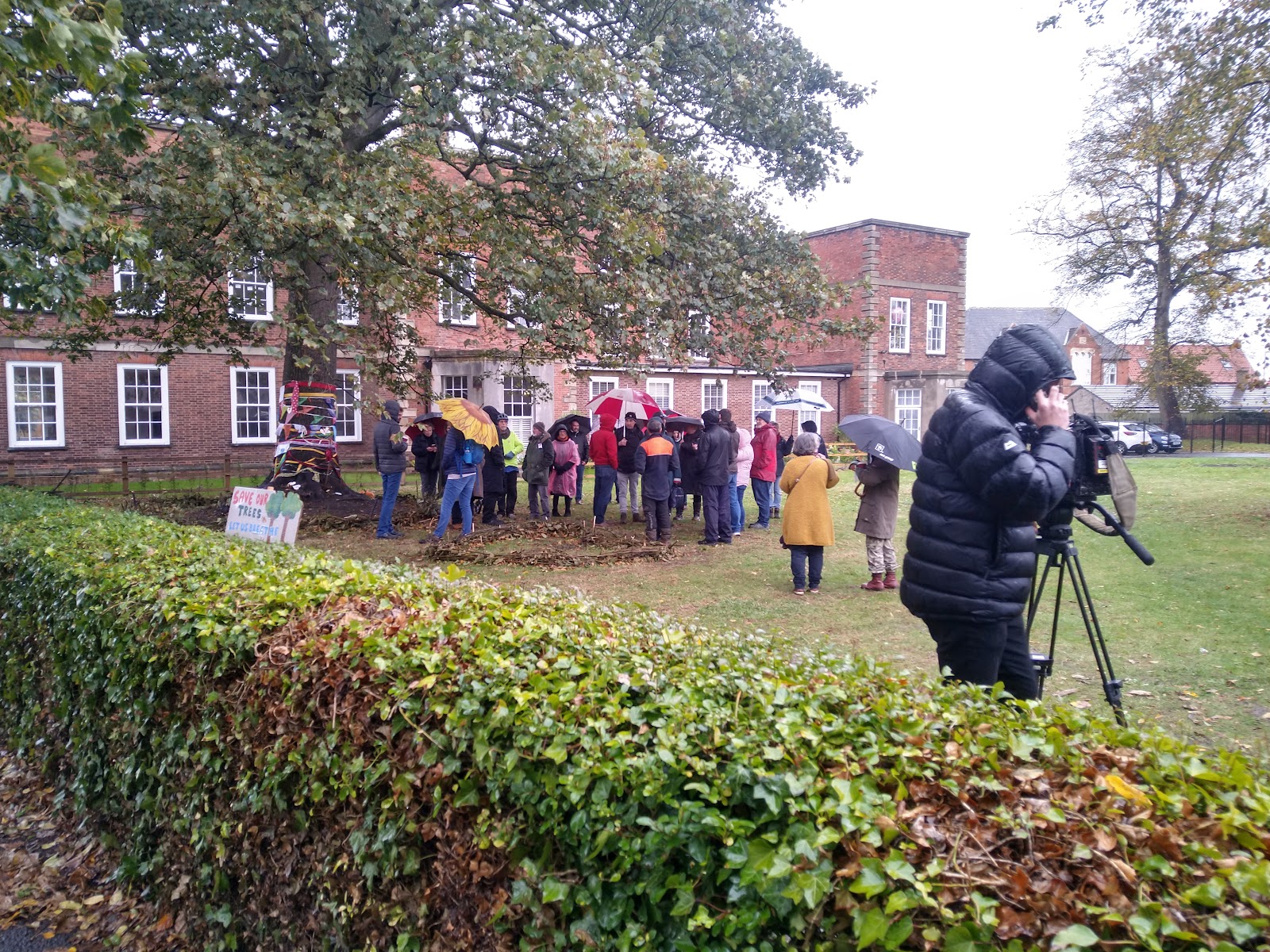 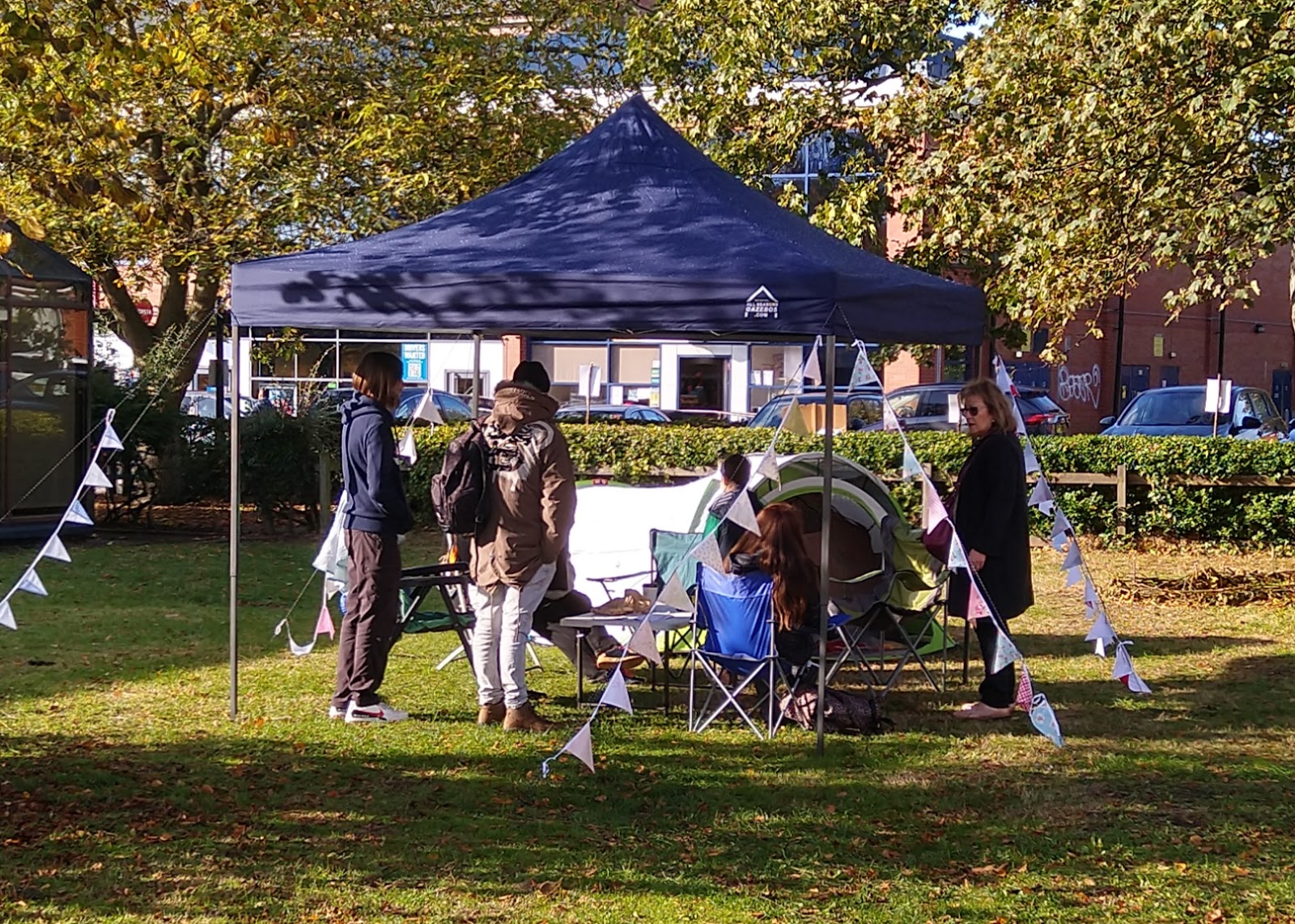 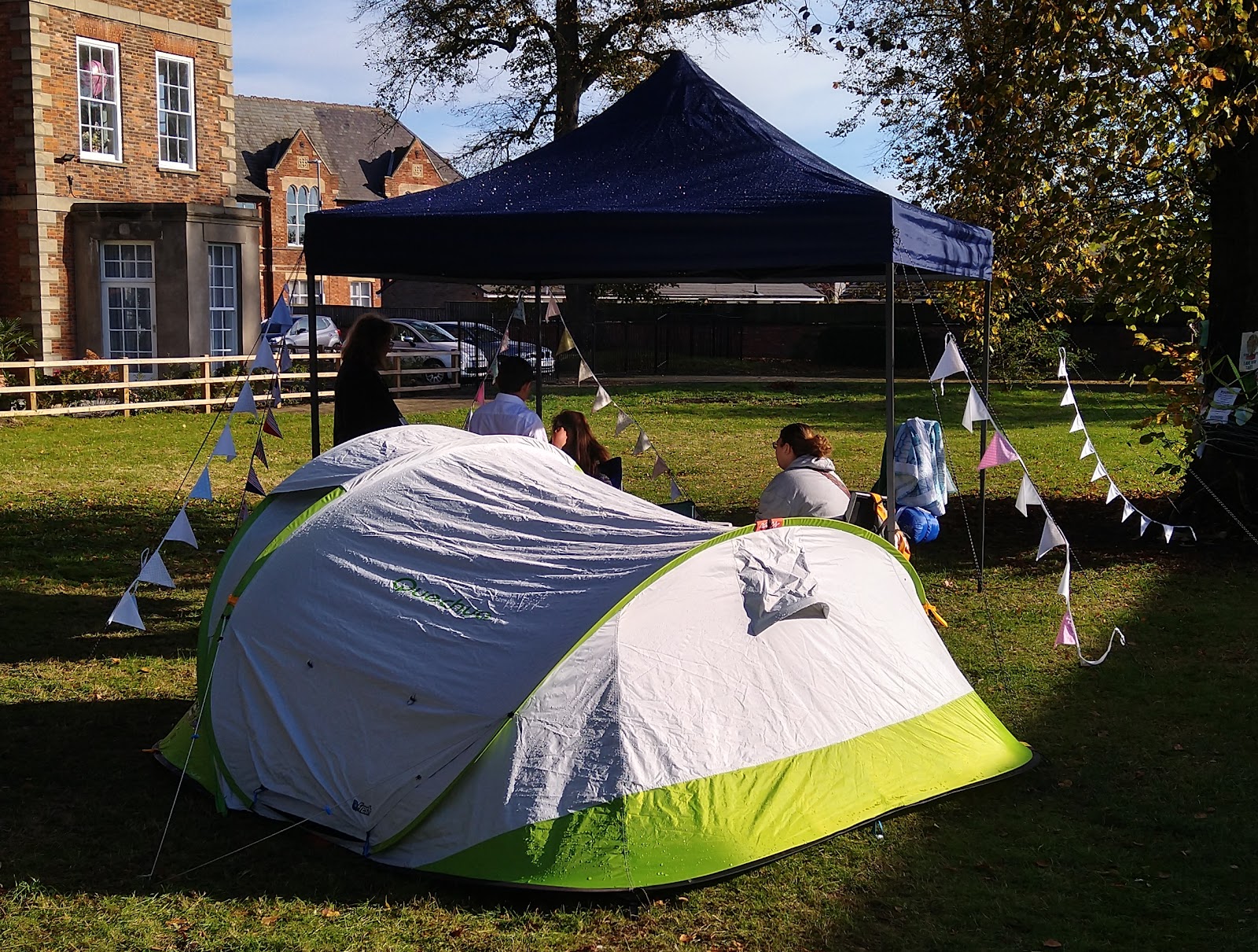 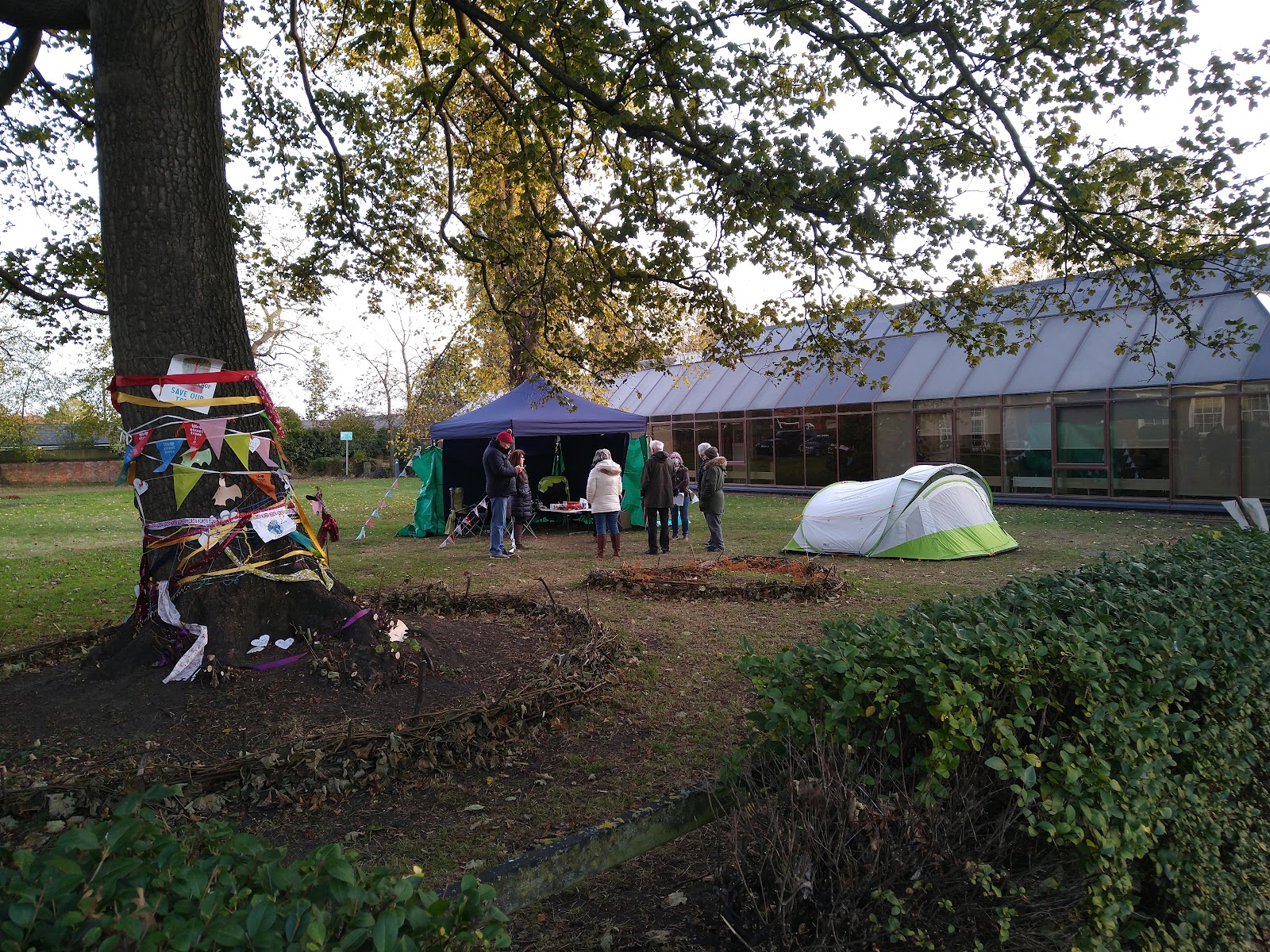 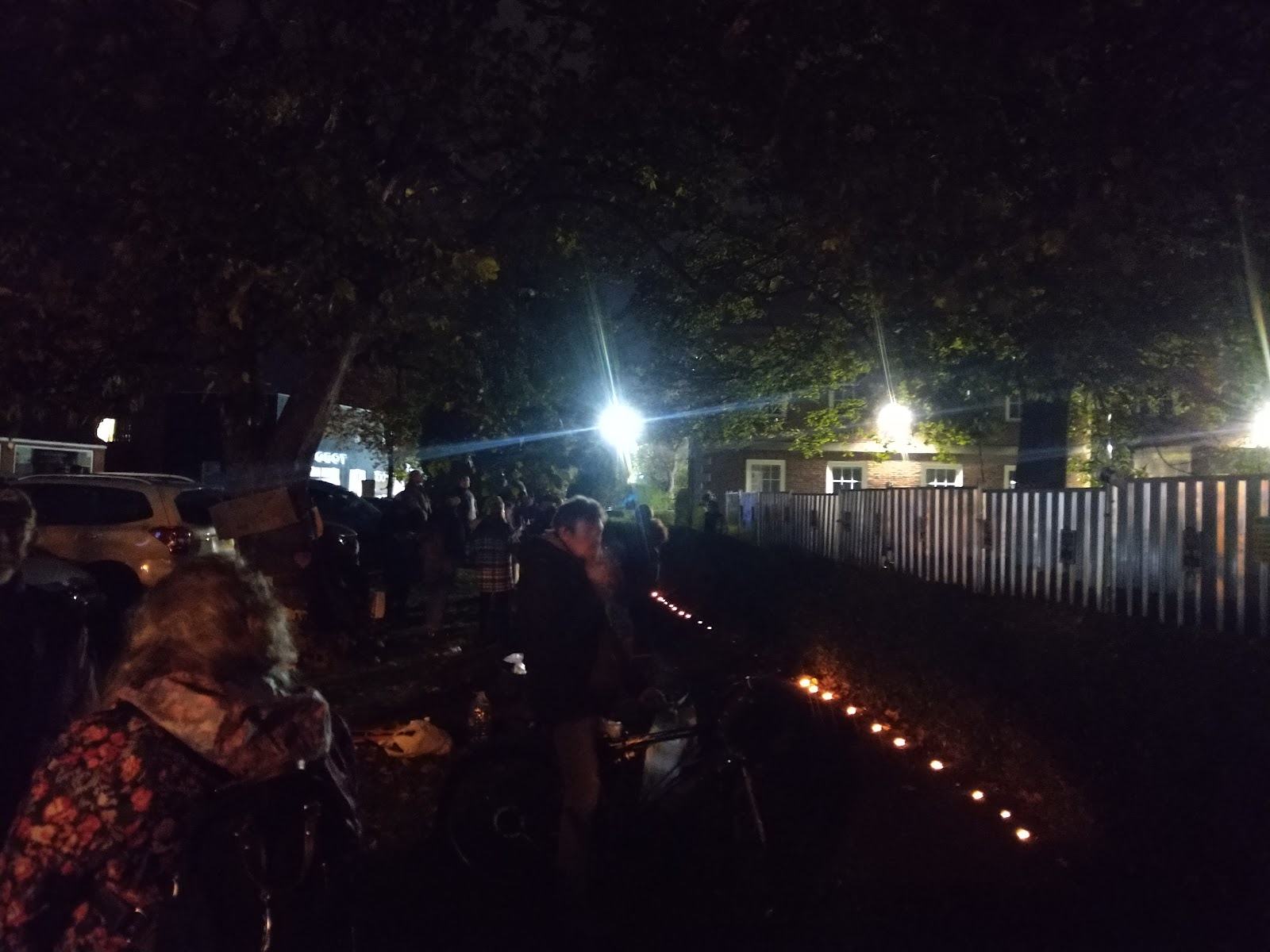 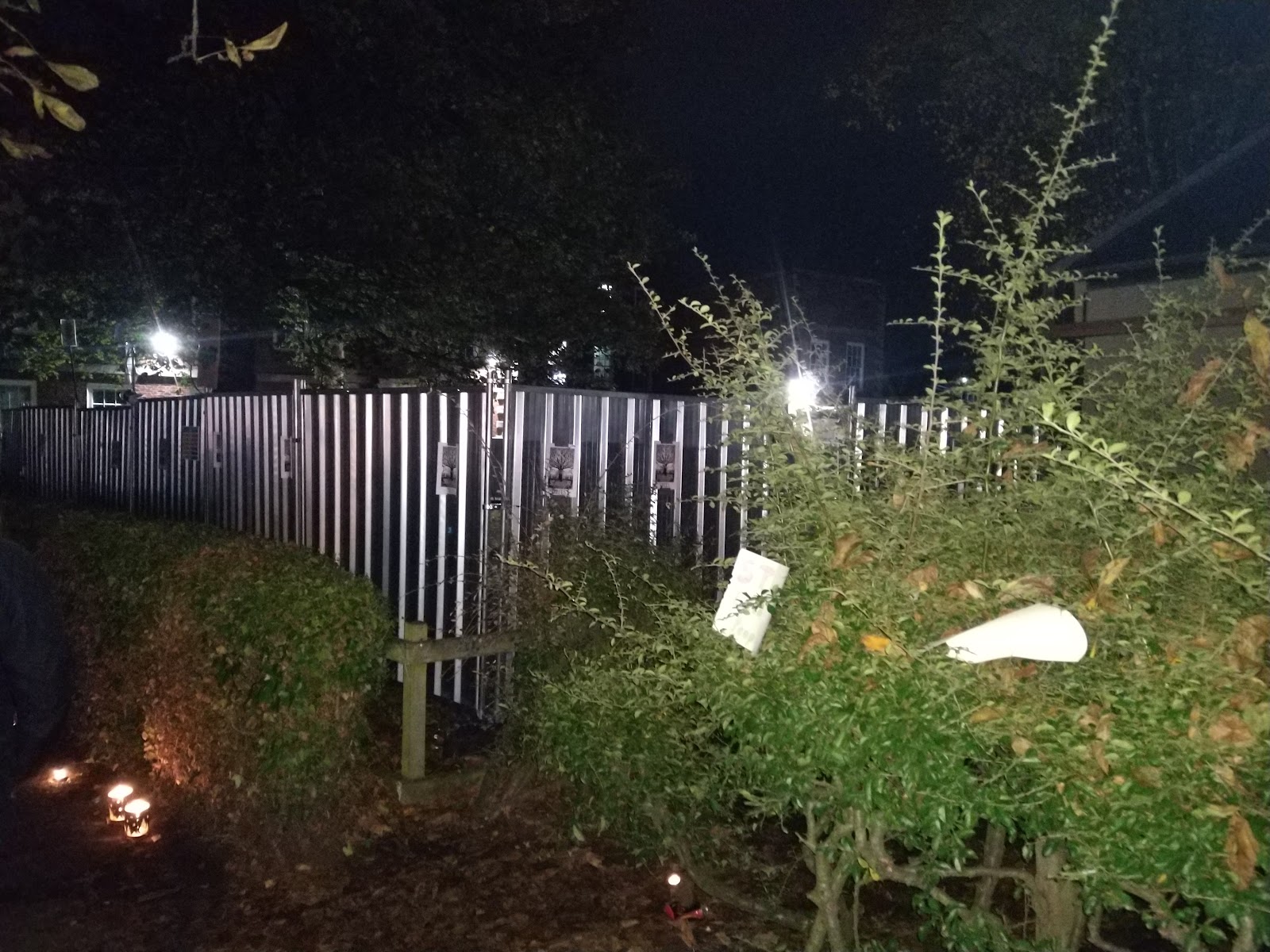 Posted by Simon Douglas Thompson at 15:00