I had taken myself round town after picking my prescription up, no particular destination in mind but perhaps with a vague hope of spotting the jay that has been reported in the church gardens.

Secretive bird that it is, if it was around I didn't see it, but I've never seen so many squirrels in there, crashing through the fallen leaves, leaving food in caches, picking up food from others, and generally causing quicksilver mischief.

It was as I left the park, going down some steps actually, a way I've never been before, where a kind chap pointed to the butterfly that was sunning itself on his wall and told me to take a picture.

I don't know if he'd realised I was a nature spotter from the head in the air way I walked around the garden, or whether he just liked to point things out to people. But I was very grateful for him for giving me the heads up. Interesting thing to photograph are in short supply as we head into deep autumn.

It was of course a red admiral, the species that hangs on longest into the colder months and indeed I've seen a specimen on Boxing Day one year. It was trying to warm itself up in the thin November sunshine and so was an easy subject to photograph.

It wasn't the only insect to be sunning itself in a desperate attempt to get some warmth into its body. On one of the threatened sycamore trees by the library, there were large numbers of harlequin ladybirds sat in a low state of activity on the leaves. It appeared some of them were huddling away into wrinkles in the leaves, getting ready to hibernate.

Blissfully unaware of the threat that tree is under.

All text and images copyright CreamCrackeredNature 02.11.21 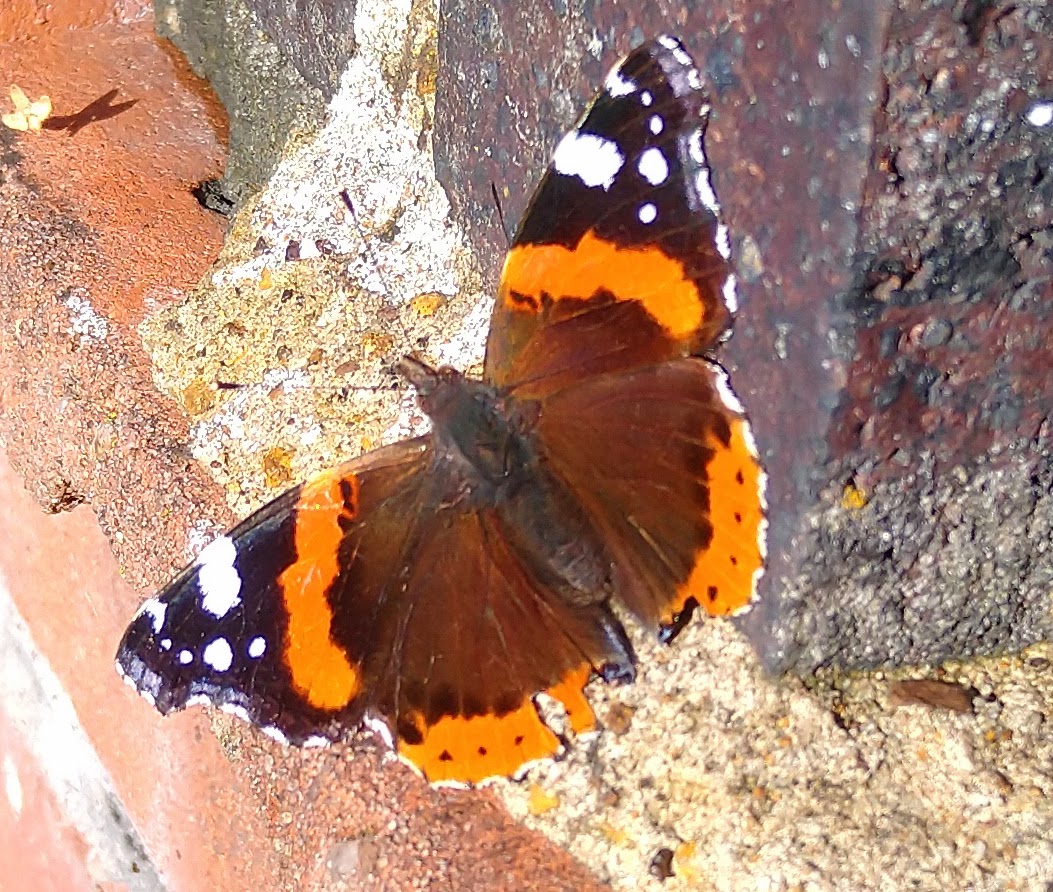 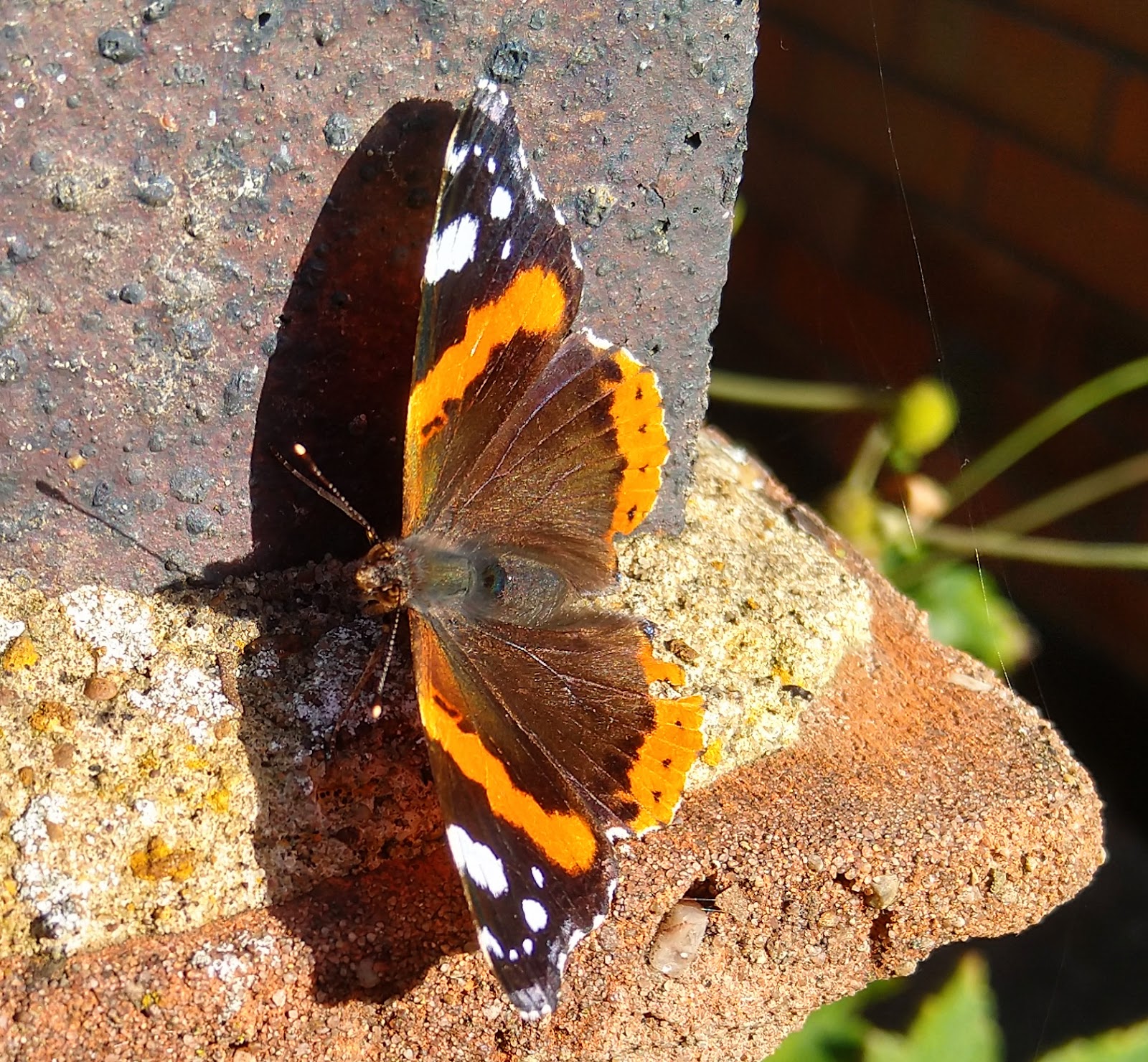 Posted by Simon Douglas Thompson at 13:31