Look at this Super Chonker!

Cricket got rained off today after only three overs, so nothing of note to report there, other than the player's laughter laughing at my emergency poncho I rode home in. So instead, let us take a look at the walk to the park I had on Saturday, and what I found on the way.

At the island in the river, I went to have a look at a raggedy buddleia that was growing through a fence. And upon one of the flower heads, I found the mightiest beast in the hoverfly world, the hornet mimic hoverly.

Normally these big beasties are, like most of their kin, very twitchy about being photographed, but it was a cool day and this one was obviously getting stuck into the nectar to make sure it had enough energy to flit about. Thus, it was co-operative about having its picture taken although the breezy conditions made it rather tricky and I only got two usable photos.

Later on, I was walking to the cricket ground to watch the first team, and in a garden came across what I can only describe as a giant thistle tree, and the bumblebees were really loving it.

Pleased to have had some decent nature encounters this weekend.

All text and images copyright CreamCrackeredNature 08.08.21 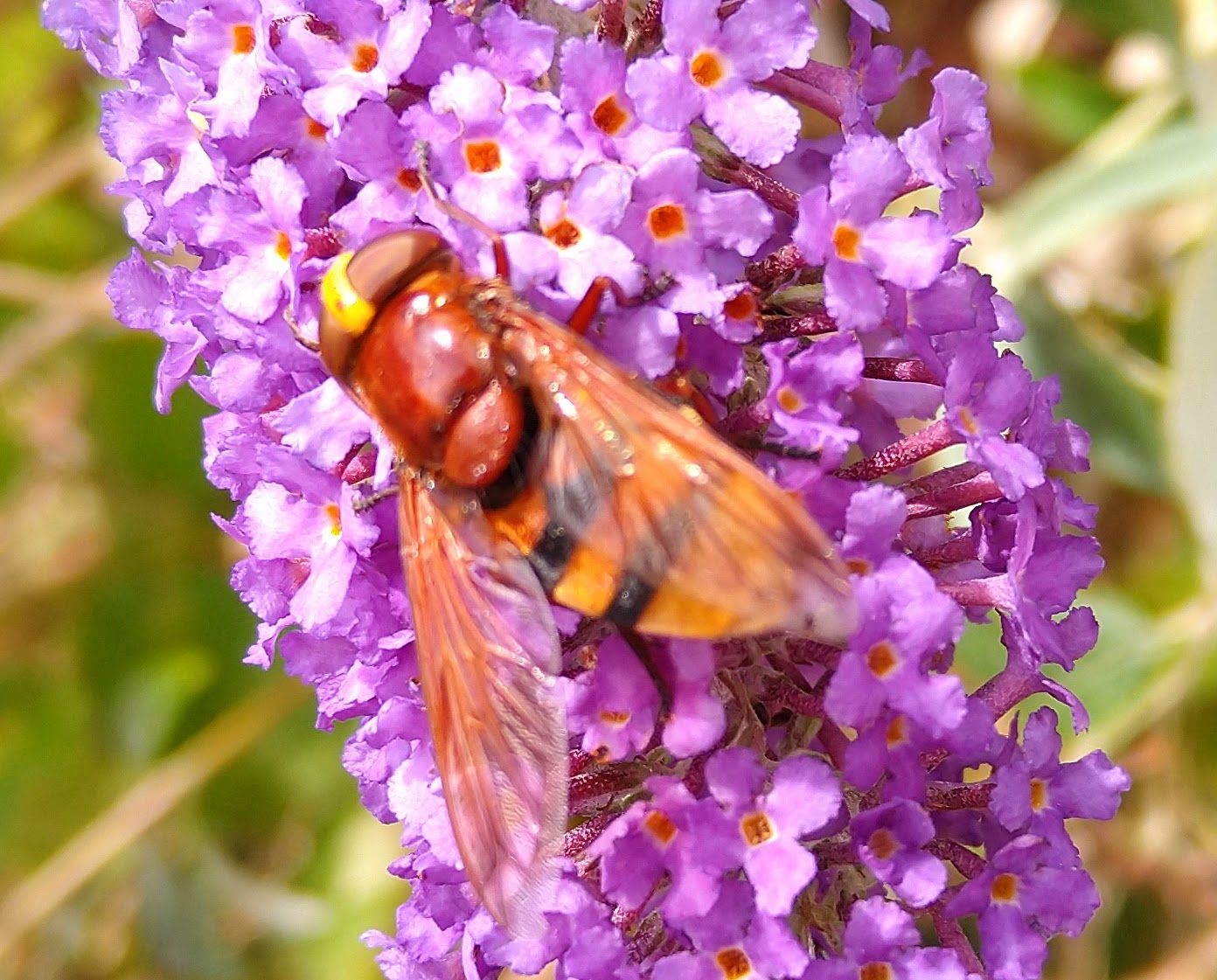 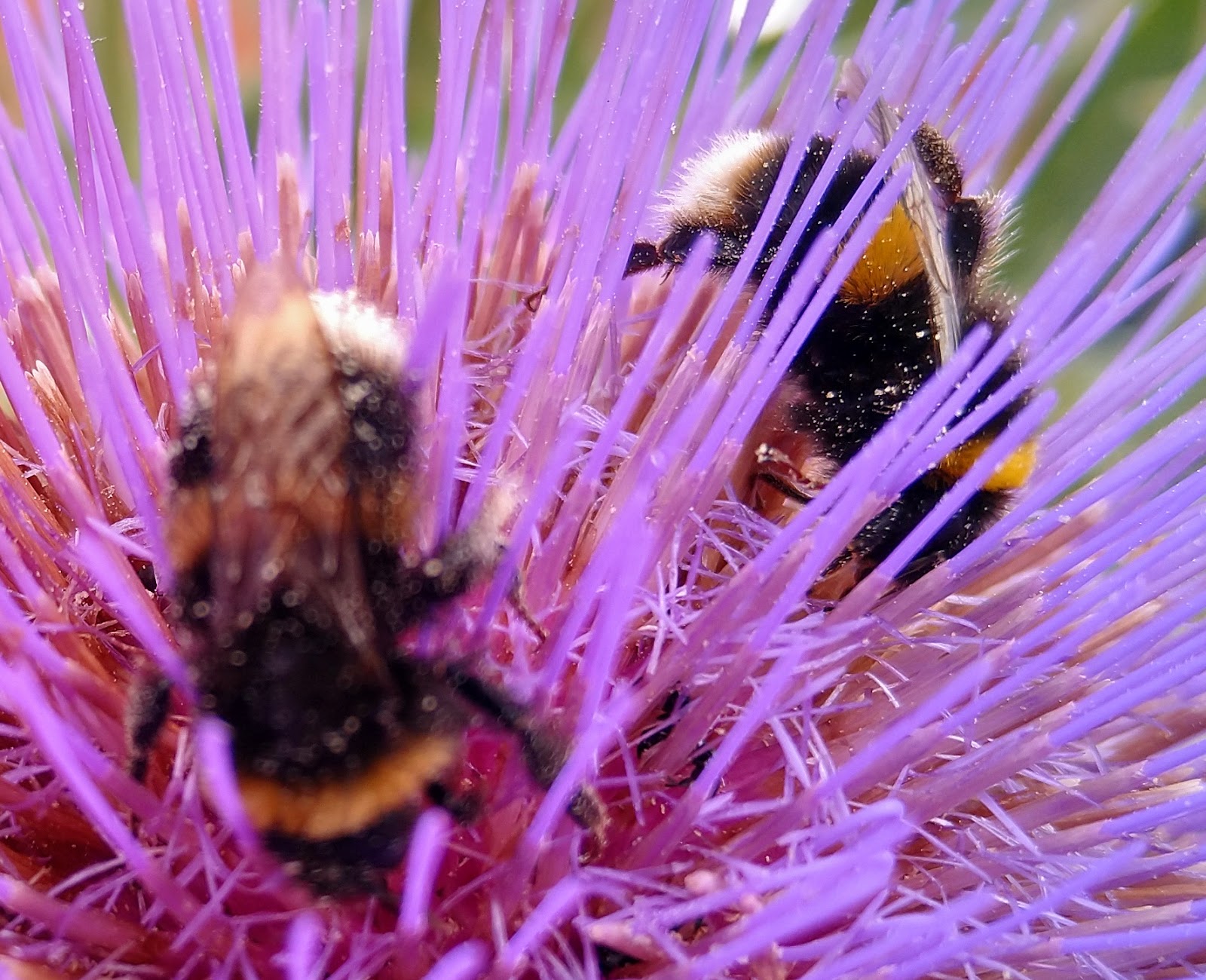 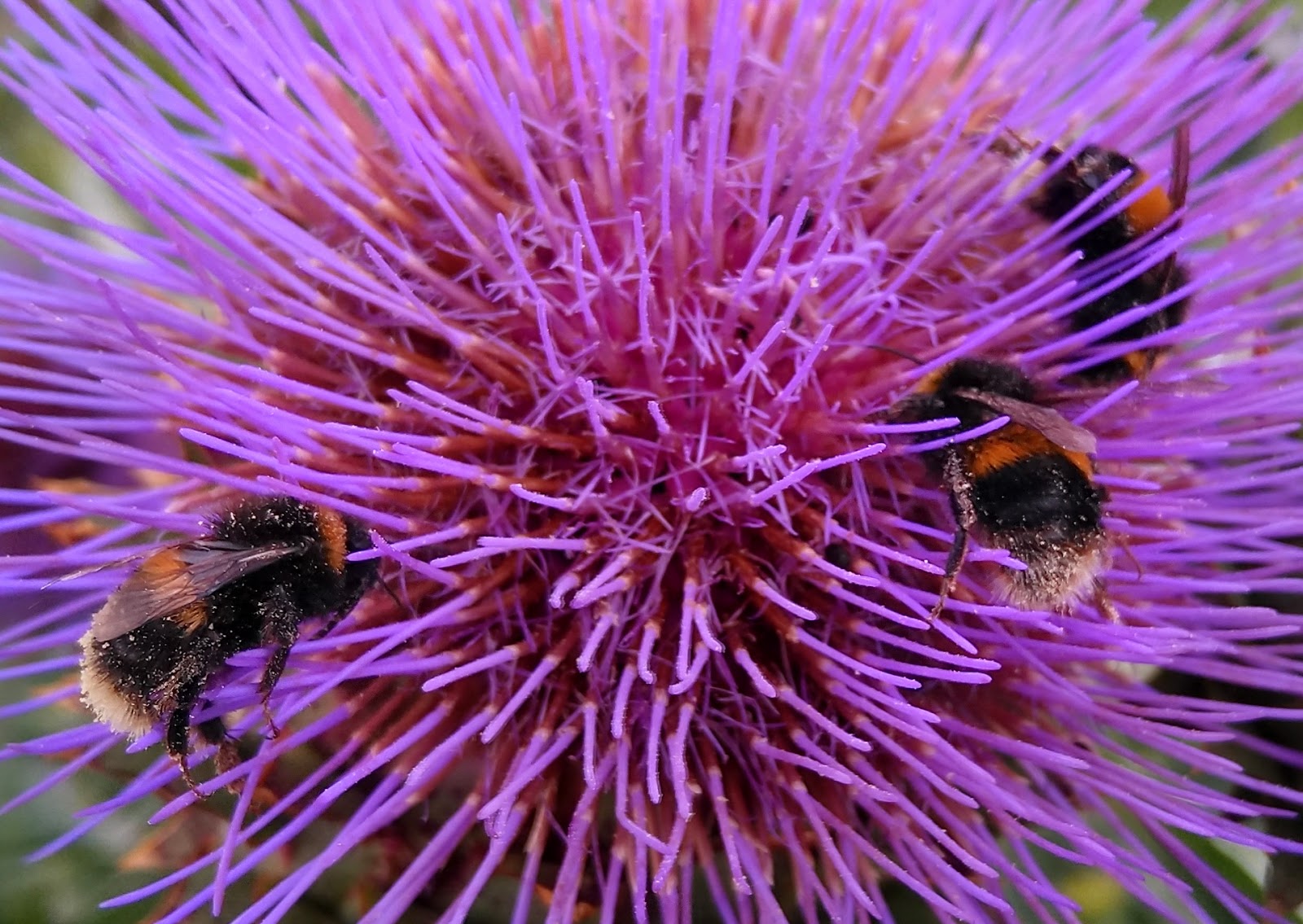 Posted by Simon Douglas Thompson at 17:39