Charity Fun Day at the Cricket

Sunday saw our first charity fun day at the cricket club, where 8 teams in varying degrees of "stylish" fancy dress took to outfield to take part in a fun tournament designed to raise money for the local hospise.

I wasn't playing, my ankle being so ropey the only thing I want to do is rest it, and wait for next season now. Still, even not playing there was plenty to do on the day, such as buy raffle tickets I knew I had no chance to win with because I never do, and also to take part in the Hospice's highly effective "Booze Tombola".

This was a highly popular stall, where every ticket you pulled out with a 0 or 5 got you anything from a small bottle of beer right up to some weird triangular bottles of Pfirsch, whatever that is, Pimms and whisky.

There were also bottles of water from Spa as a kind of booby prize, virtually all of which I won which made me incredibly popular with folk having a go later on as they waltzed off with bottles of prosecco and the like.

I did eventually win a few bottles of Heineken and then, excitingly, a bottle of Dewar's malt whisky. This however was as much use to me as a bottle of horse bile as even the smell of scotch gives me a thunderous headache. I was able to swap it at the club bar for wine though.

Frankly it was impossible not to win, as the hospice were so desperate not to lug the booze home with them they were giving you about a hundred tickets for a pound at the end of the day. For which I was very grateful.

Out on the field, teams dressed as doctors, Tom Selleck Hawaiian shirt wearers, random Santas and inflatable aliens did battle with plastic bats and squidgy soft balls in a sort of Kwik Krikit format. Despite the fun nature of the tournament, won by "The Hula Guys", a few first team players couldn't help themselves, slamming sixes off 10 year old girls or making athletic diving stops to stop 8 year old boys scoring singles.

Shameful I tell you, shameful!

It was an excellent day though; lots of money was raised for the hospice and no drunken adults tried to go on the bouncy castle. The organisers deserve many many heaps of praise.

All text and images copyright CreamCrackeredNature 30.08.21 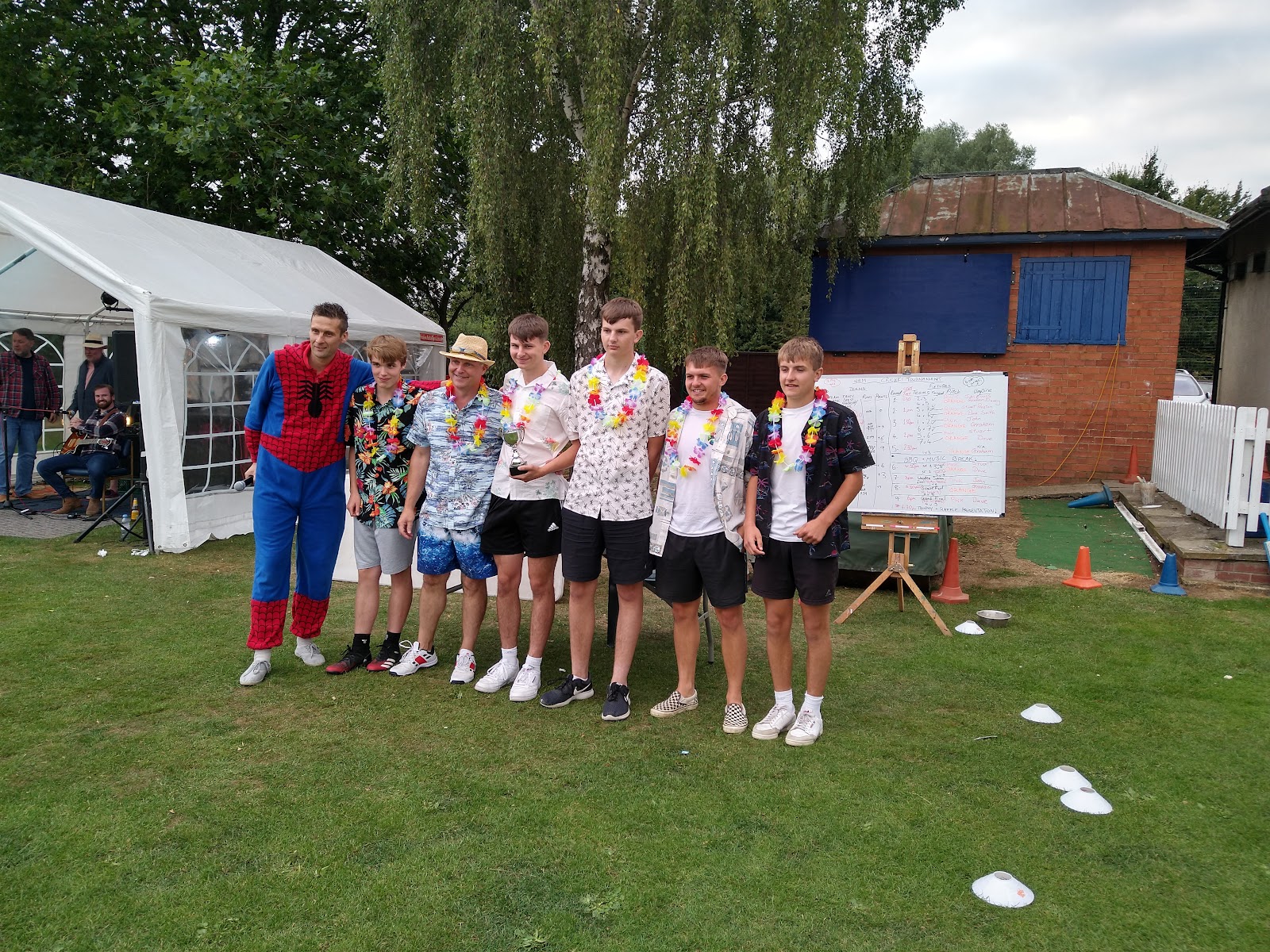 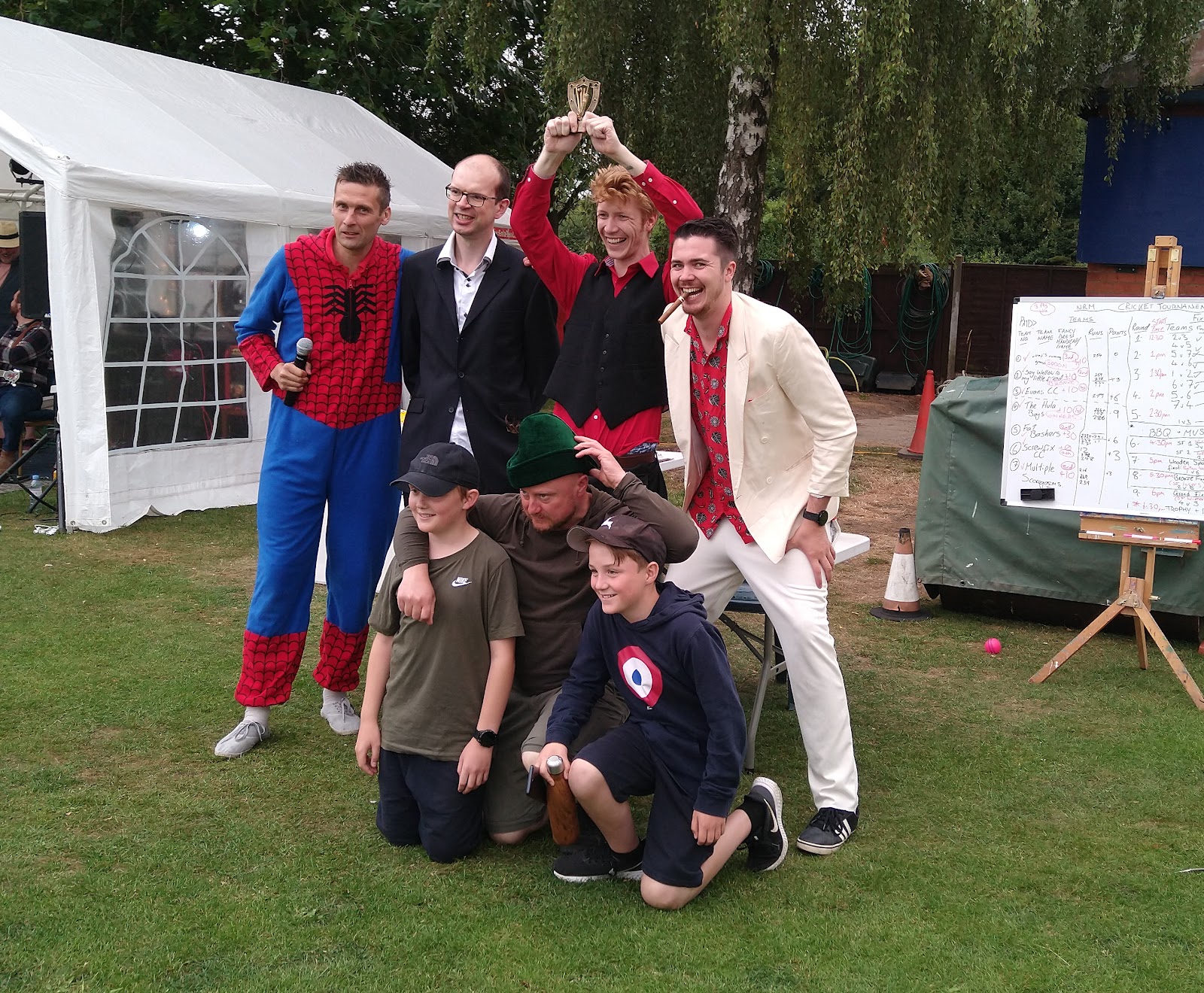 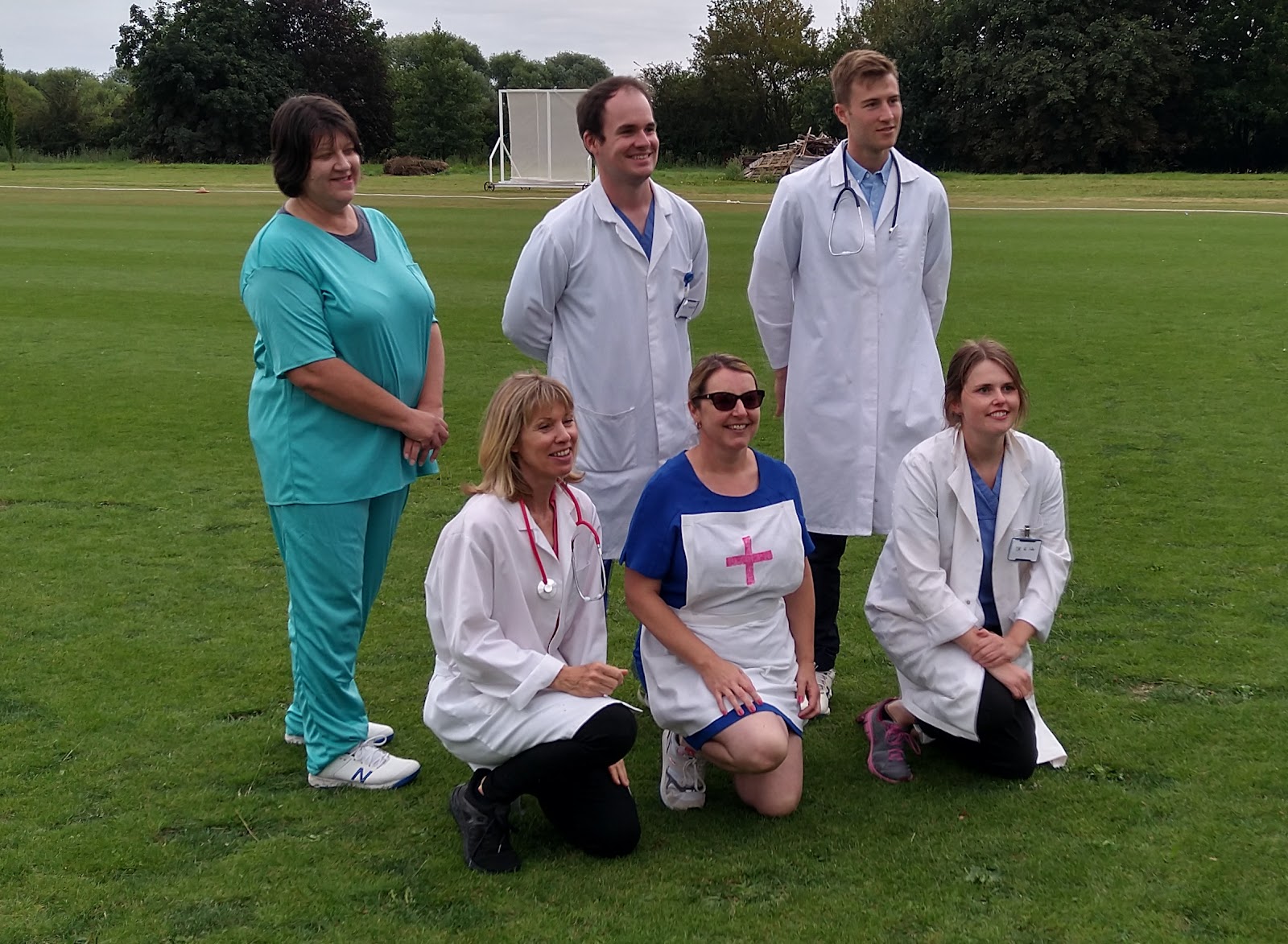 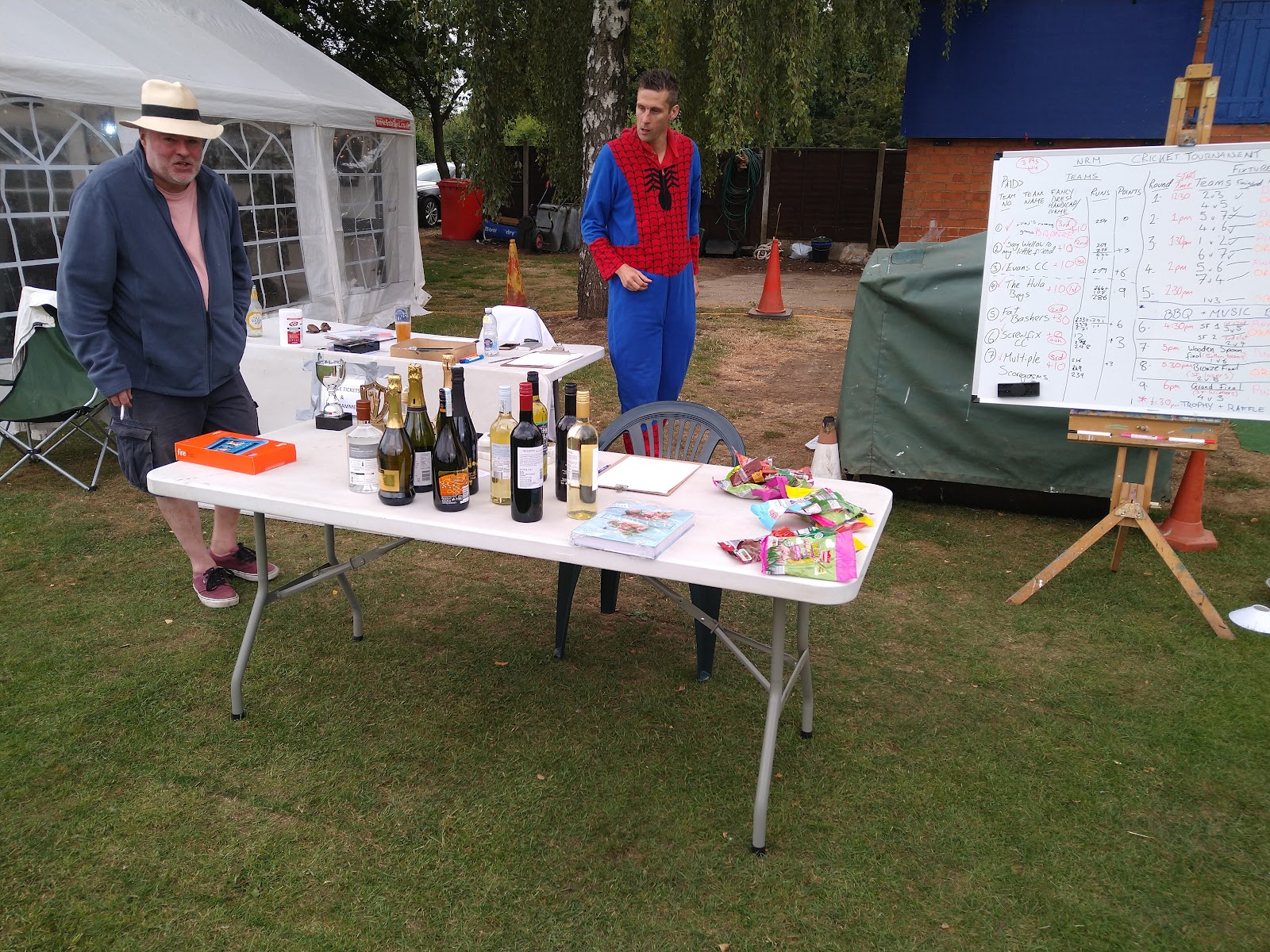 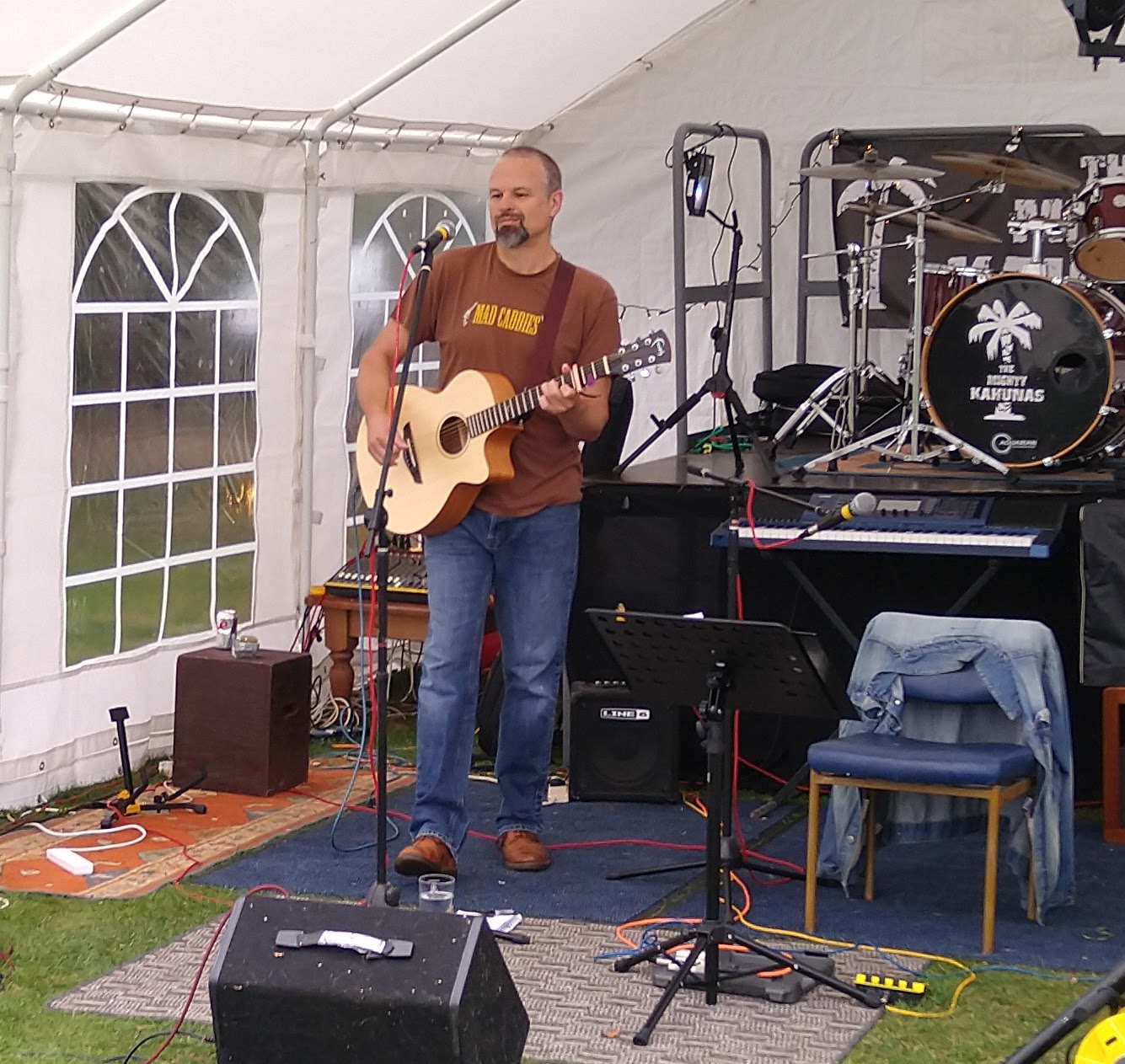 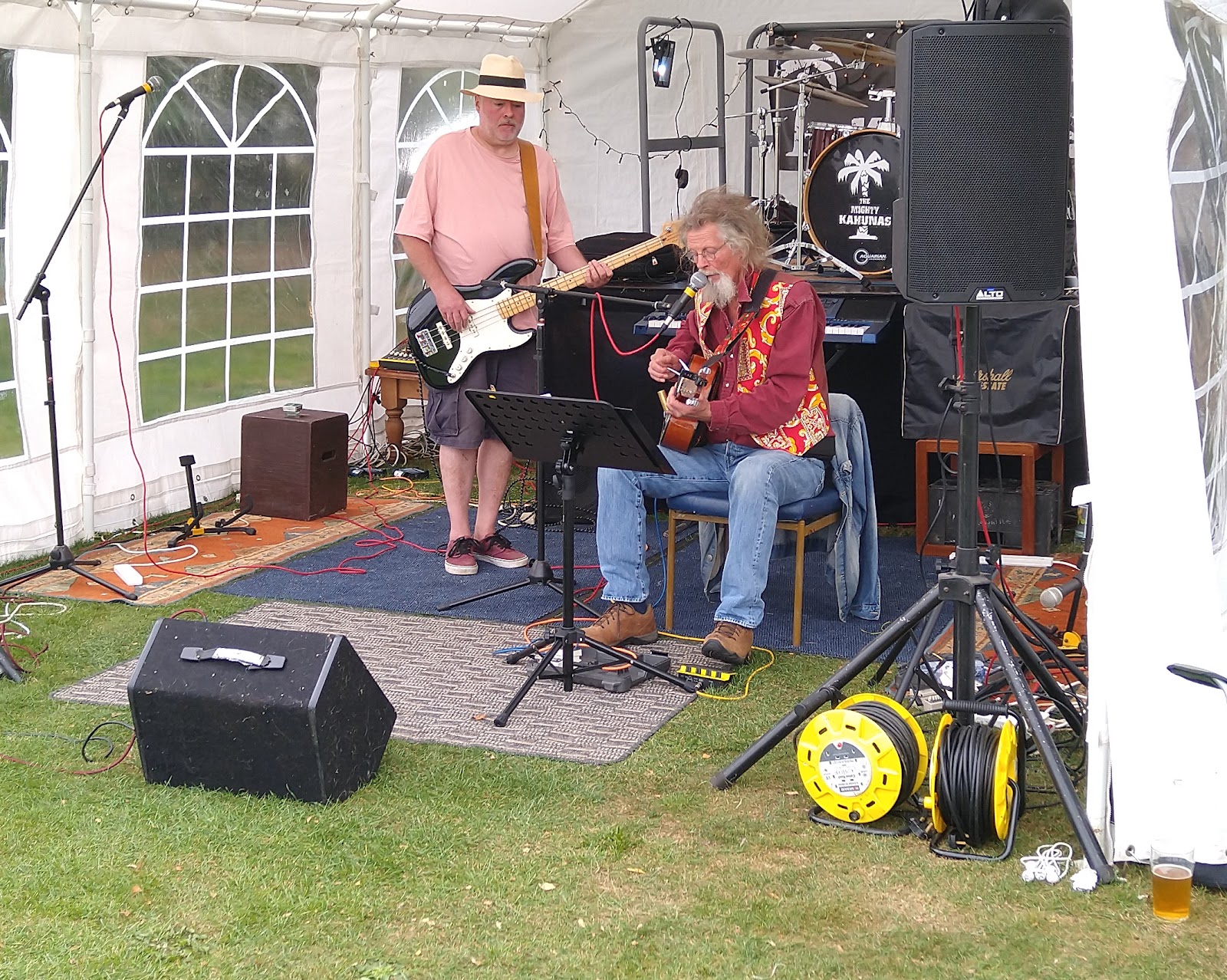 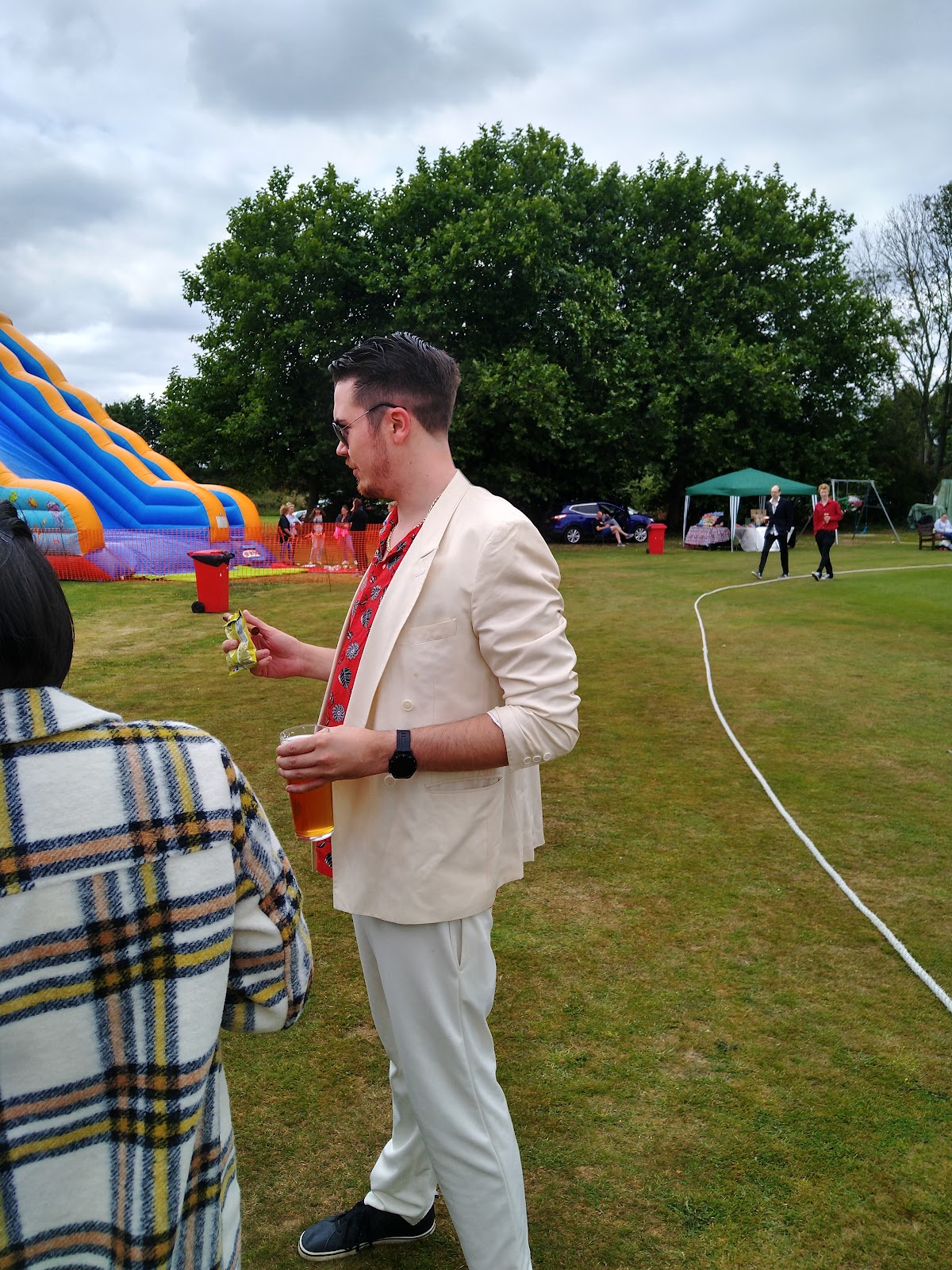 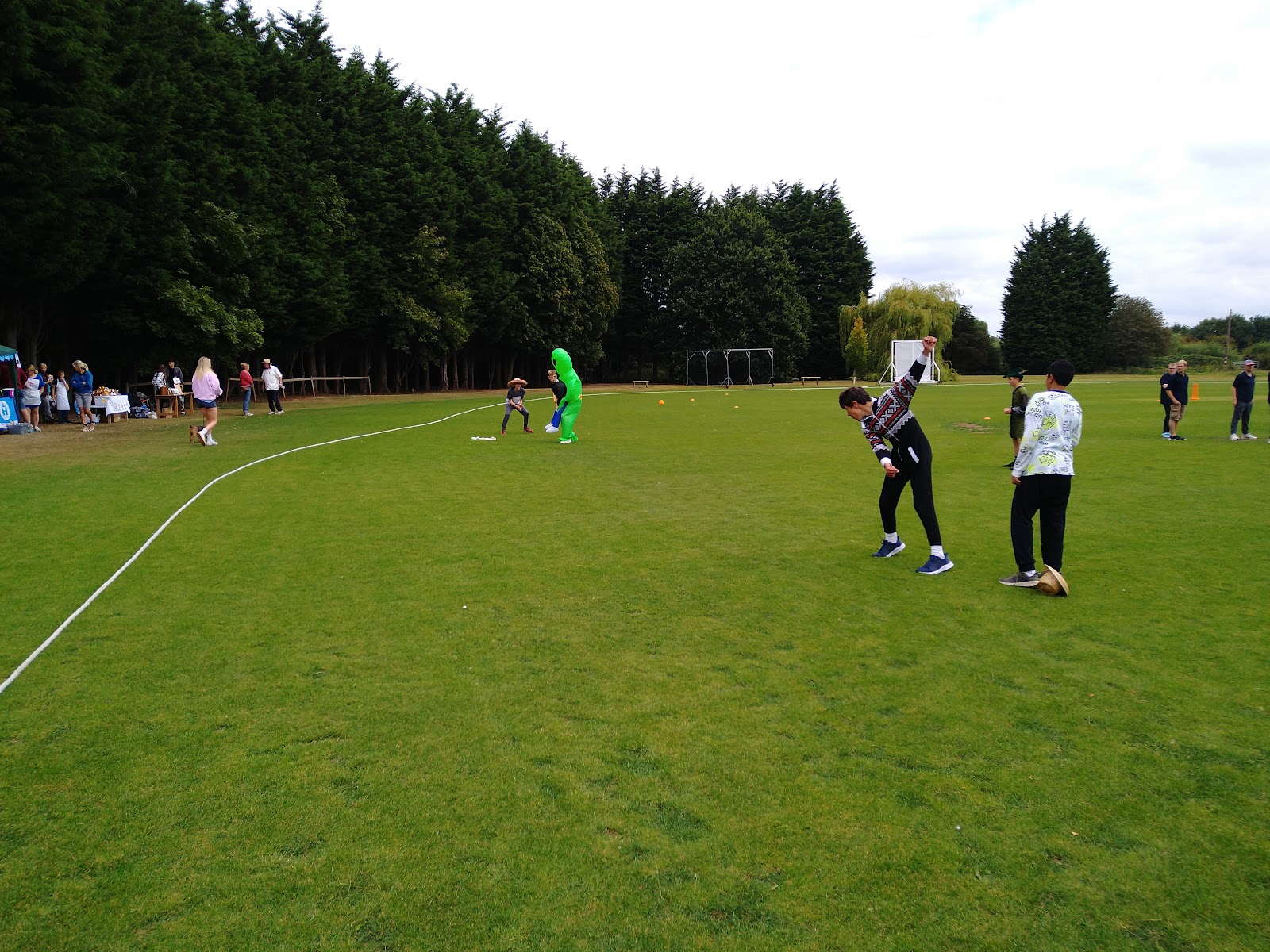 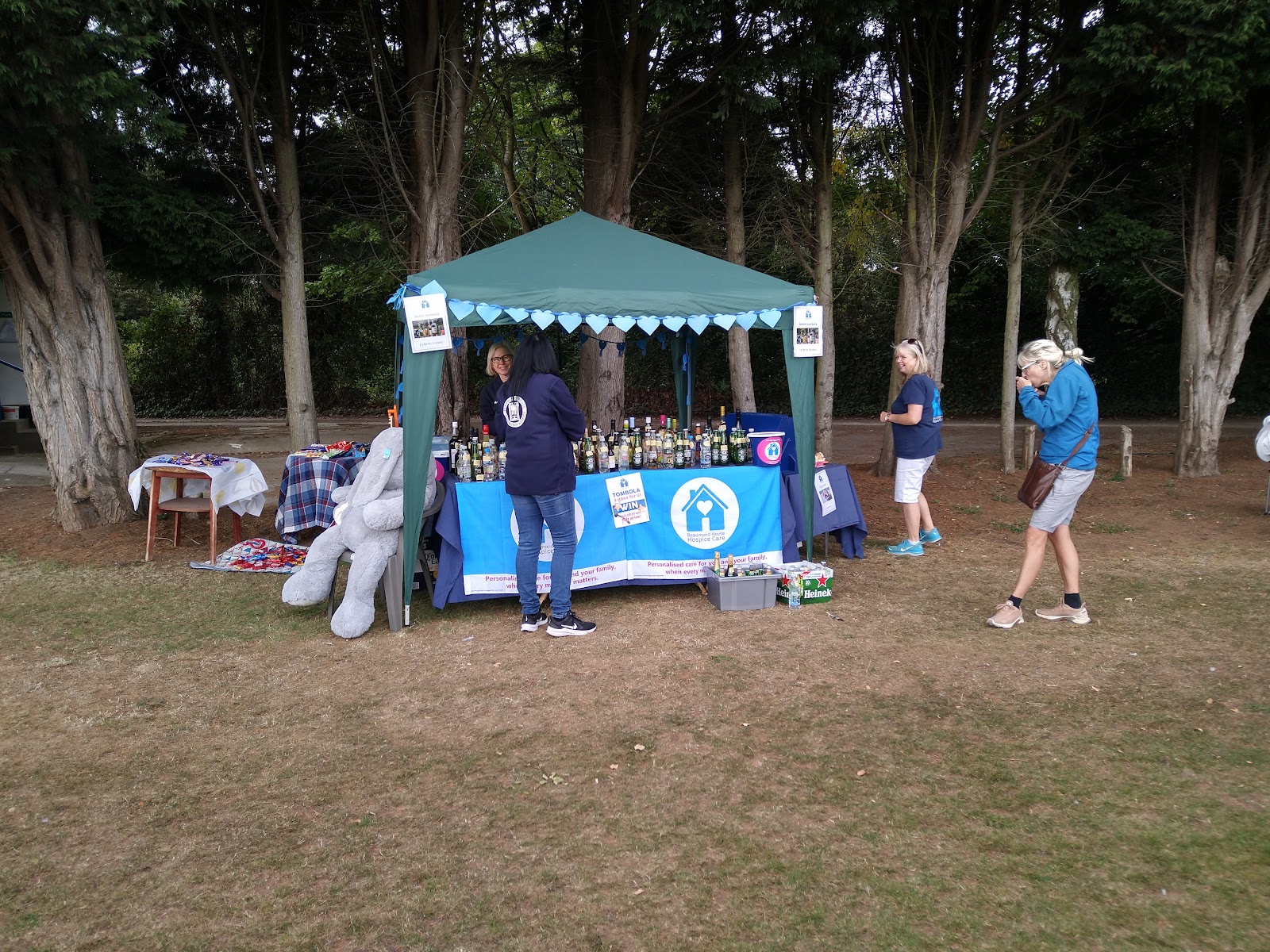 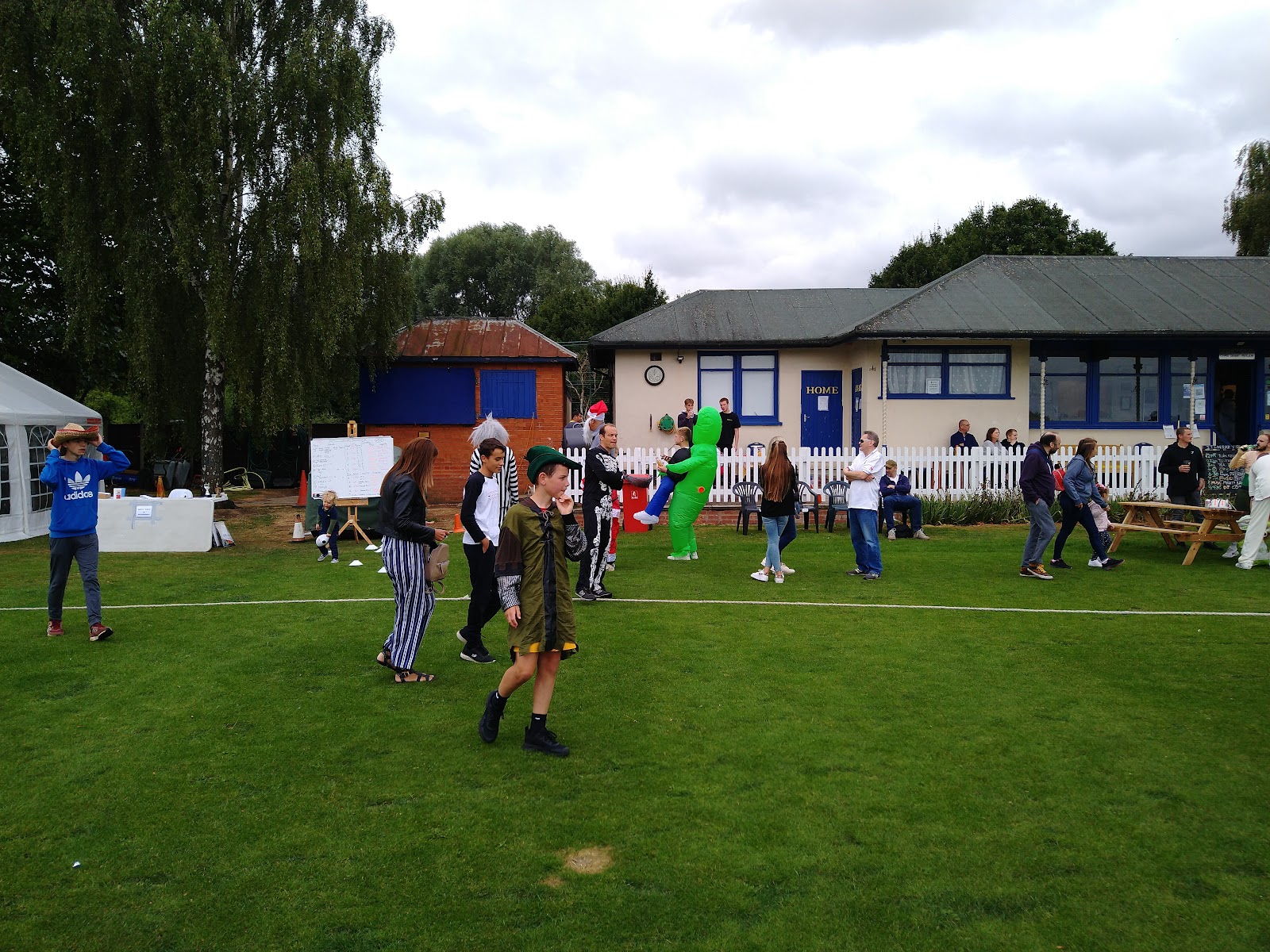 Posted by Simon Douglas Thompson at 16:14