A Covid Draft up to the Seconds

Was expecting to play for the third team today, after C19 caused a few gaps in the Saturday line-ups, but a late "ping" to one of our players on Saturday morning saw me moved up into the second team to play Hoveringham 2s on what was a blisteringly hot day.

Today sporting a cap, as opposed to my usual headband this year, was a very good move. My brain would have been fried to a crisp otherwise. Spray on factor 50 was slathered all over my face and neck. I had enough water in my cricket bag to fill the hump of a camel. And it still wasn't enough.

I had kind of resigned myself to a no bowling or batting day, as opposed to just no batting, as the second team have proved to be incredibly strong this year, riding high second in their division. So I tried to do the best I could in the field, and luckily I was actually quite sharp and made no cock ups whatsoever which is staggeringly rare for me. That was fielding in the "Jonty Rhodes" position at cover point as well!

Hoveringham too had struggled with C19 related issues, and could only play 10 men in the end, and it was, shall we say, an experienced squad. This combined with the heat and some extremely accurate bowling from our lads up front led to some very slow progress, with regular wickets keeping Hoveringham in check.

This was all watched, probably with little interest, by three buzzards circling on thermals and making regular keening calls. Looks like the resident birds from the stand of trees at one end of the ground have successfully raised another little raptor!

After 25 overs with Hoveringham 4 down for about 90, I was slightly surprised to be called into the bowling attack after the Sunday skipper was hoiked off for bowling too many beamers. And it went pretty well, all things considered. I didn't bowl anything short, only bowled the one wide when I stumbled in delivery, and best of all - lol - forced the keeper not to stand up to the stumps as I was getting ball to zip through reasonably sharply by my pitiful standards.

And yet, I took no wickets despite beating the bat a few times, and every so often I got spanked for four by Hoveringham's resident cow corner hacker because I look to bowl the ball full to get it to swing.

"Never be upset by being hit for 4 on the drive" is often the club bowler's mantra, but I was still annoyed. "Grrrrrr". That's how annoyed I was.

Our opening bowler then returned, and in combination with our "mystery spinner" at the other end, made short work of the remaining sloggers to bowl Hoveringham out for 132.

Unbelievably our opening bats knocked off the runs in less than 20 overs to win by 10 wickets, while I tried to increase my step count by walking round both grounds on my shonky ankle. Racked up over 20,000 steps in the end.

As the third team went down to a heavy defeat that I would have done nothing to change, I probably had a decent deal out of the day, although my ankle is telling me otherwise.

All text and images copyright CreamCrackeredNature 17.06.21 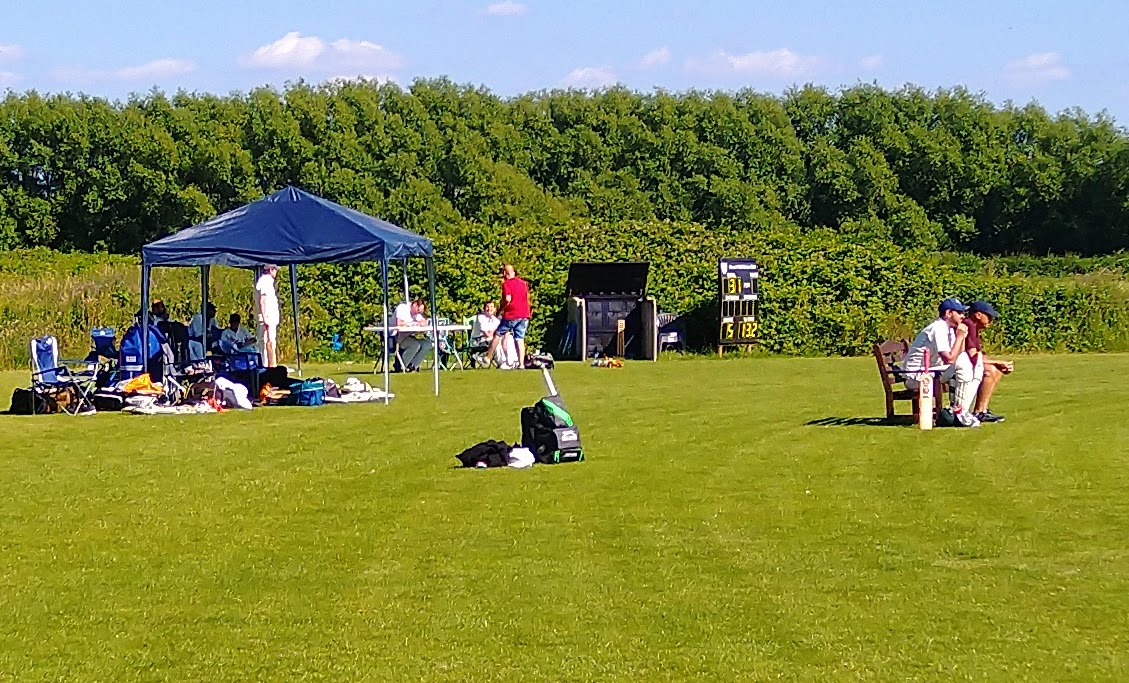 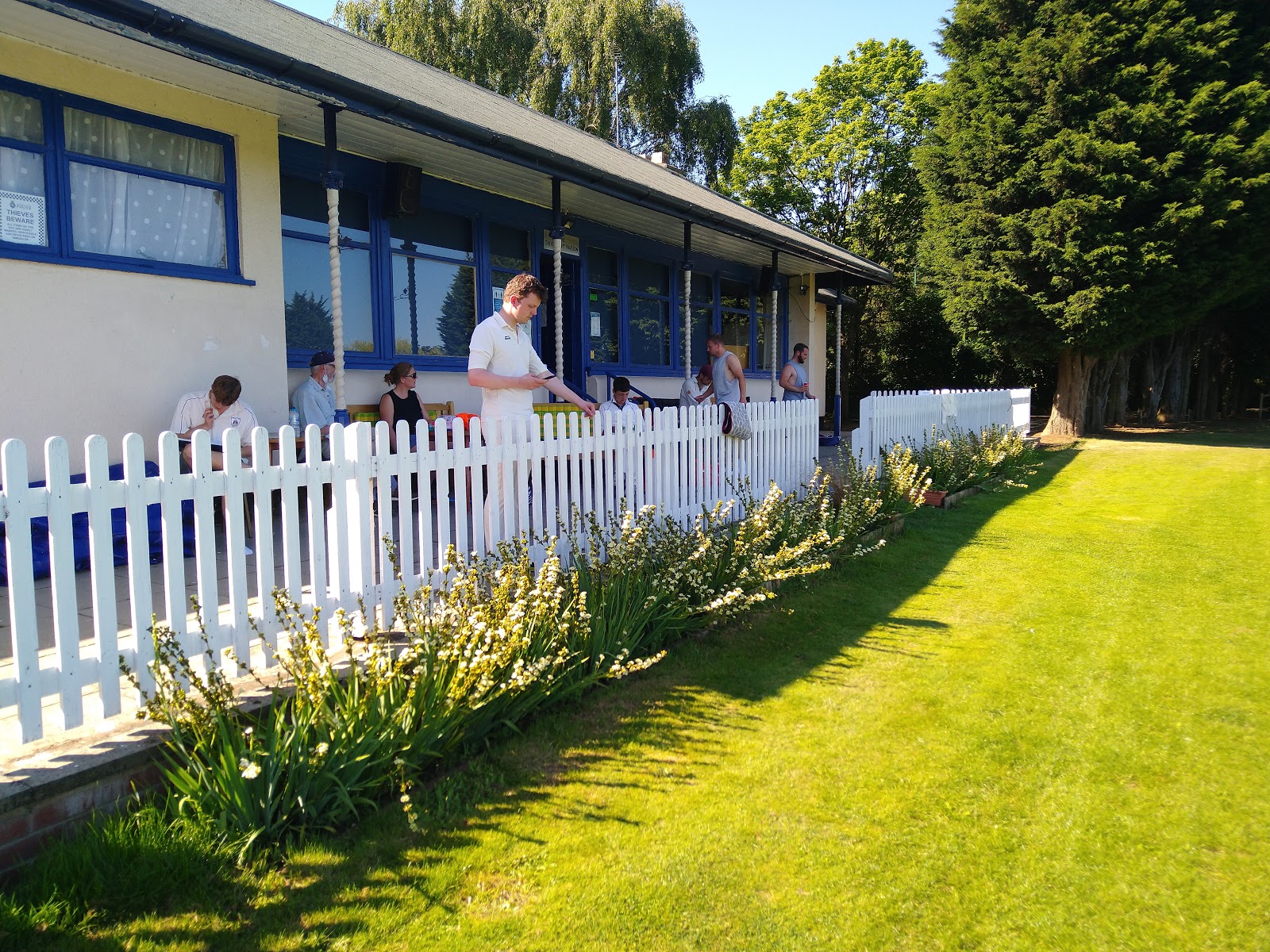 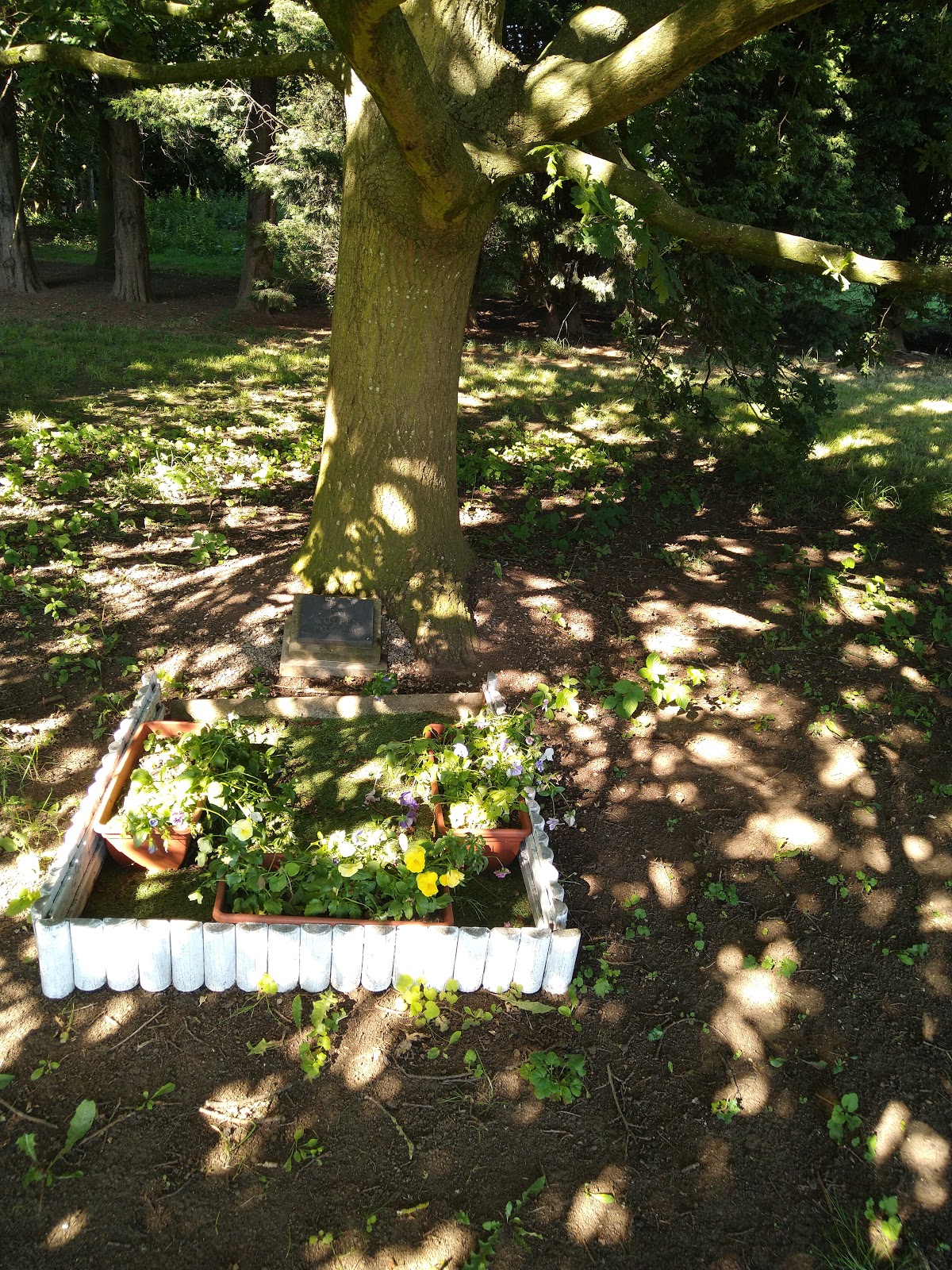 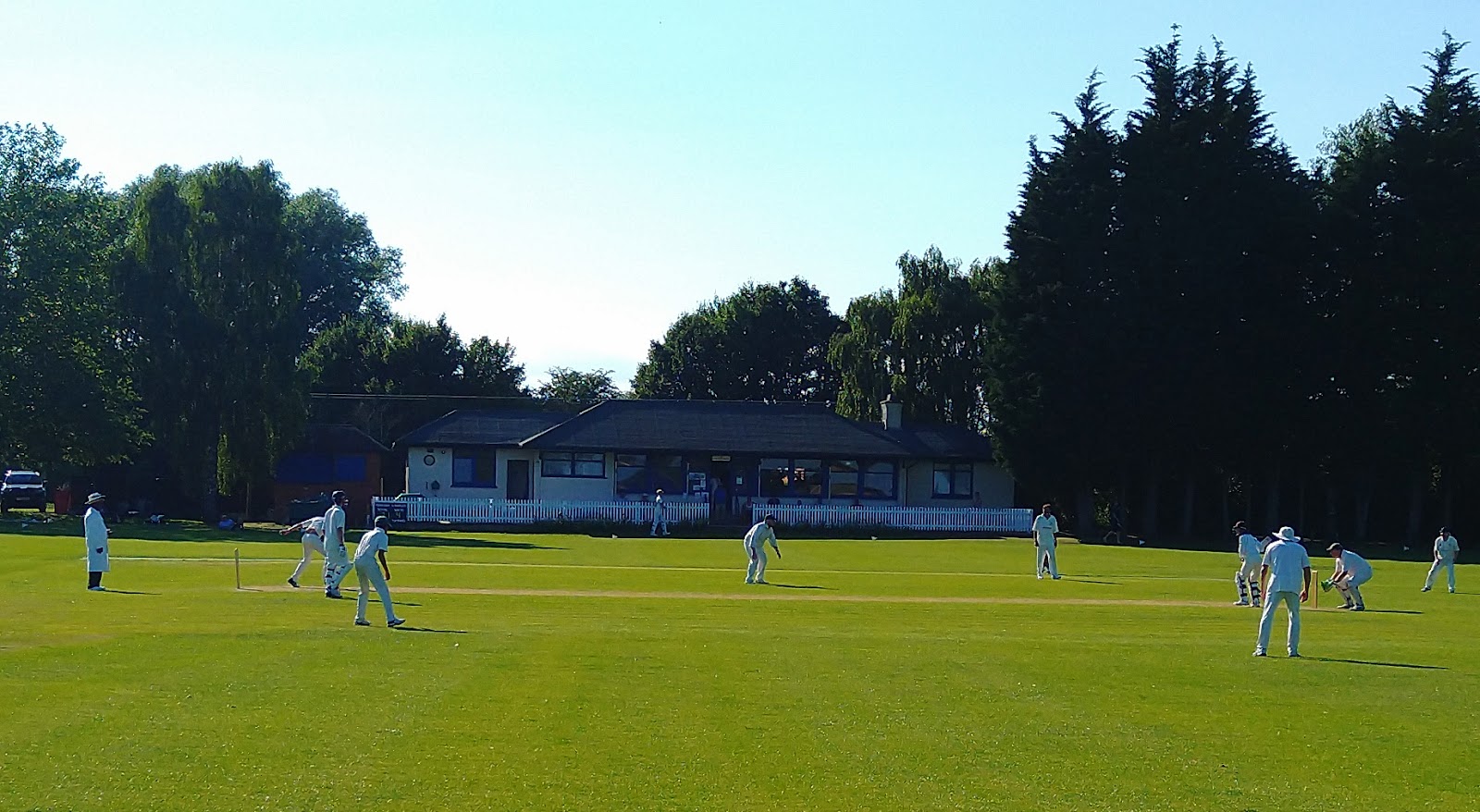 Posted by Simon Douglas Thompson at 18:23