From "Hero" to a Literal Zero

Today for me was what they call "A Fresh Air Game."

We were lucky to get the game in. There were so much pregnantly heavy black clouds all around the ground most of the day that we were expecting a catastrophic downpour at any moment. It was raining at the start of the match. We had a hailstorm after about an hour, and then after that we had to go off the field because lightning was seen around the ground. But as it turned out, we only lost about 20 minutes play which was no problem as we were only playing 30 overs.

We batted first, and the skipper must have seen my blog post last week about not having batted because he asked me to bat at number 6. I had said we needed to get some lads in who hadn't batted yet, but I wasn't referring to myself, especially after having been so terrible at nets on Thursday.

I have to say I was quite pleased, especially as the bowling of our Woodborough opponents seemed to be accurate, but slow on a wicket that although quicker than the wet plasticine of last week, was hardly Sabina Park with Curtley Ambrose bowling.

Speaking of slow, because the bowling was accurate, so was our scoring initially, and we did lose a few early wickets. Our opening bat stayed strong and patient however, and when the bowling loosened up, so did he, playing some fantastically powerful shots. He did find a partner that could stay with him, and they began to rattle on the score quite nicely until the latter scooped a catch to the keeper.

Thus I strode out to wicket, heltmetless, looking to score a few runs off some of the rather less good bowling that was going on.

I lasted 3 balls, edging behind to the one good ball the guy who got me out bowled. He was lobbing full tosses at the other guy to be spanked to the boundary, but no not me, I got the full length ball that just moved a way a tiny bit.

I walked off, wanting to throw myself into the hedge.

"You never took your chance Simon" said the skipper, rather sternly I thought. Anyway, he is a much better bat than me, so it was probably better for us he was in and not me. And he actually gave the ball some very meaty thwacks indeed to take us up to 136  for 6 off our 30 overs.

Now, for the bowling.

I'd been feeling quite optimistic about that because in nets I had sorted my action out so I wasn't falling away and bowling wides, and was bowling with a bit more snap and pace, if it a little short. But when our two best bowlers opened up, it was clear that Woodborough bats, led by a 68 year old no less, were rather too good. We did take an early wicket and they weren't thrashing us, but numbers 1 and 3 didn't really look in any bother after the wicket.

And even less so when I bowled.

Depressed that these days I'm so slow the wicket keeper stands up to the stumps for me, I did manage to produce an ok first over while the bats got their eyes in. But after that, while my reworked approach did indeed mean I was bowling pretty straight and was swinging the ball in a little, I'd bowl 4 good ones an over, and two short ones.

And the two short ones would be massacred into the fields, every time.

I think I had a nick behind dropped, and beat the bat a few other times, but the bad balls were so badly punished that I was making the cut-throat signal to the skipper to take me off after three overs. Not that his mind wasn't made up already.

To be fair, other than our opening bat whose medium pace they struggled to get away, all our other bowlers suffered the same fate as me to a greater or lesser extent.

The nadir of my day was yet to come however.

I was fielding on the boundary at long off, when the ball was struck high and hard in my direction. I was determined to make a good effort to catch it, moved in line, put my hands up ready...and watched the ball miss them about by at least 2 yards. I had utterly utterly foozled it.

Our young opening bowler looked at me in total disgust. I threw the ball back in and wanted to die.

After that, I was banished as usual to where the ball wasn't going to go. It wasn't really time to explain to the skipper that my neurological conditions lead me to have co-morbidities of dyspraxia and bad spatial awareness amongst other things. No, it is easier just to admit to being crap.

We ended up losing by 9 wickets in about 24 overs.

Me, I just have to keep practicing. And hoping.

All text and images copyright CreamCrackeredNature 16.05.21 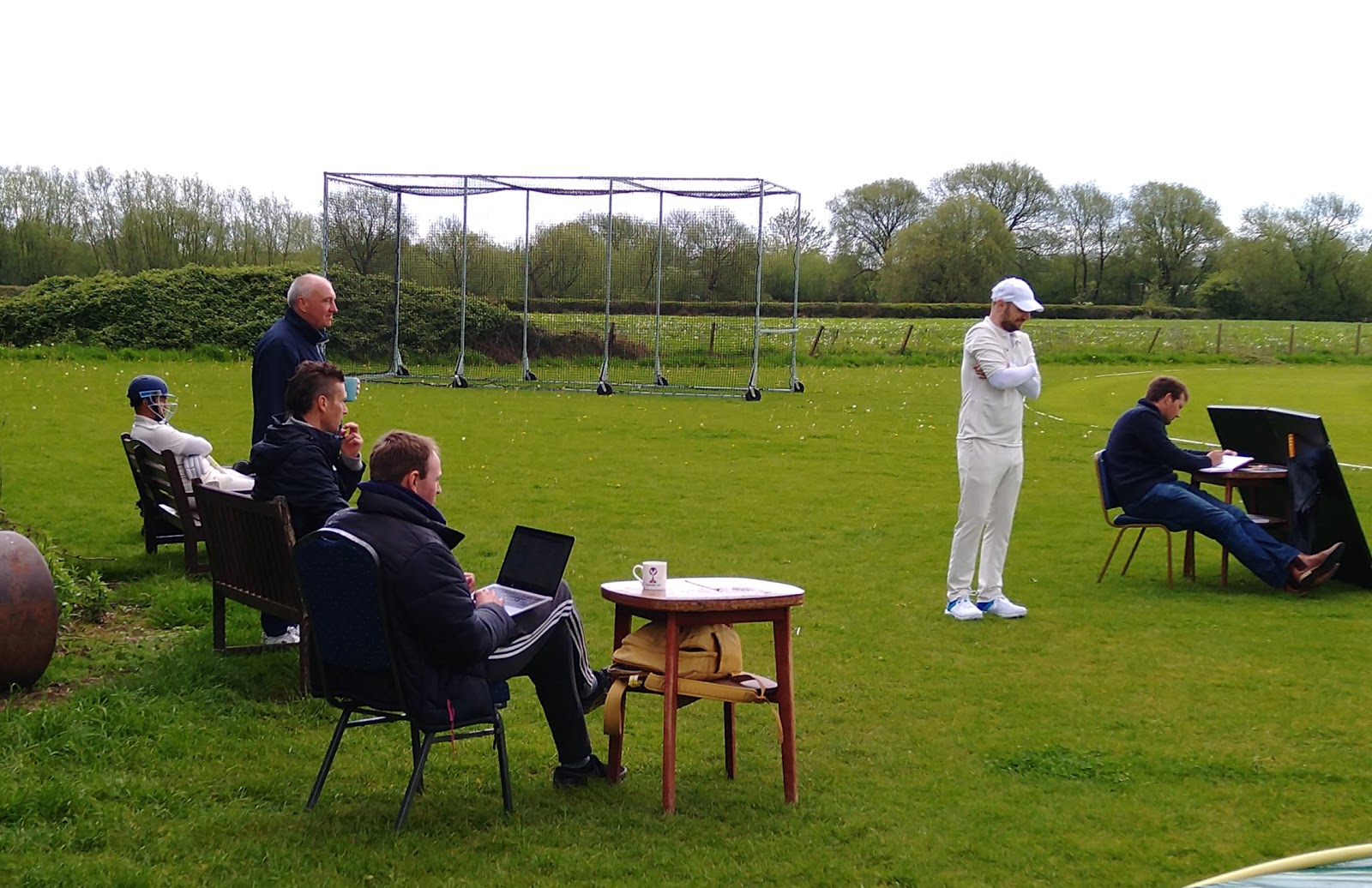 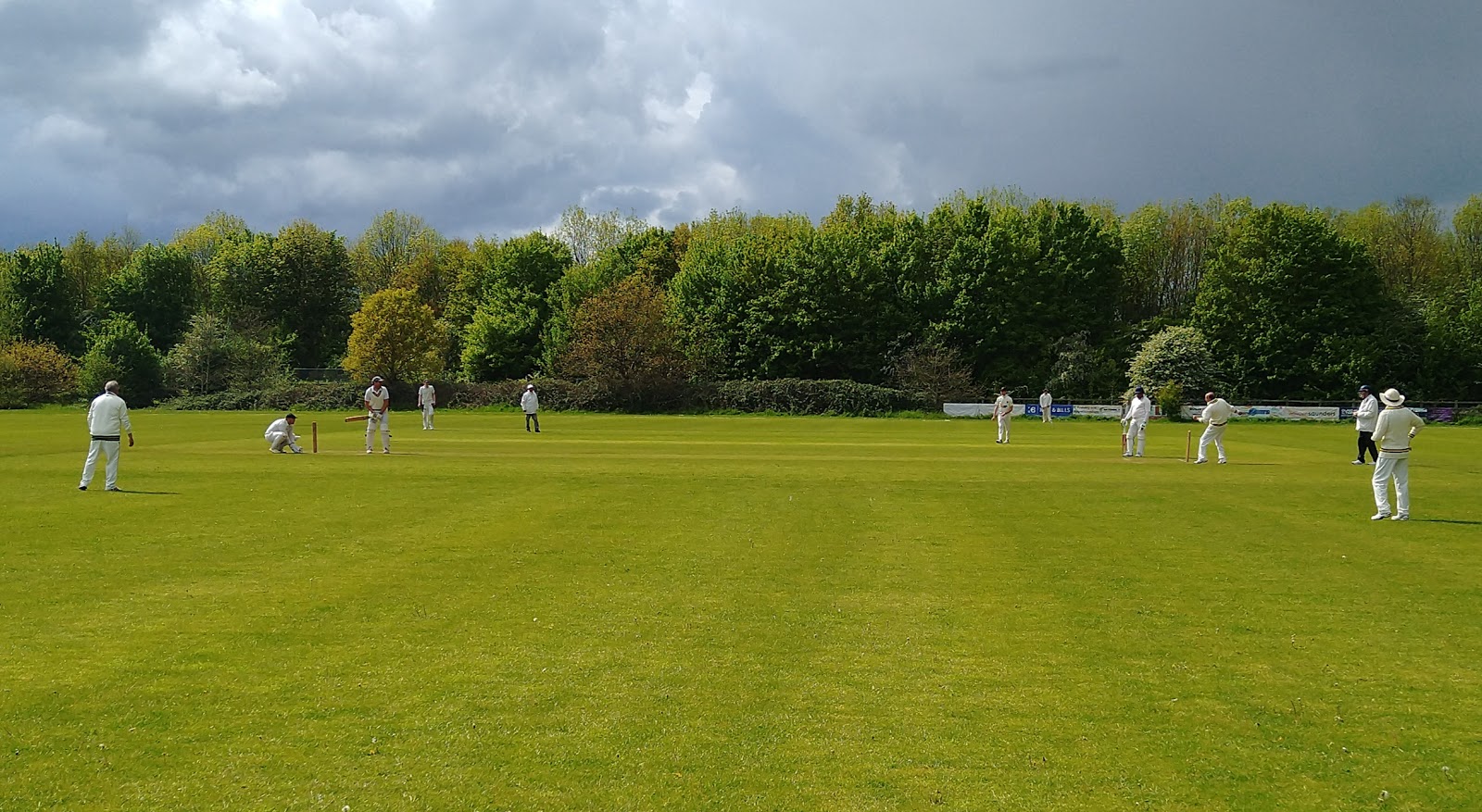 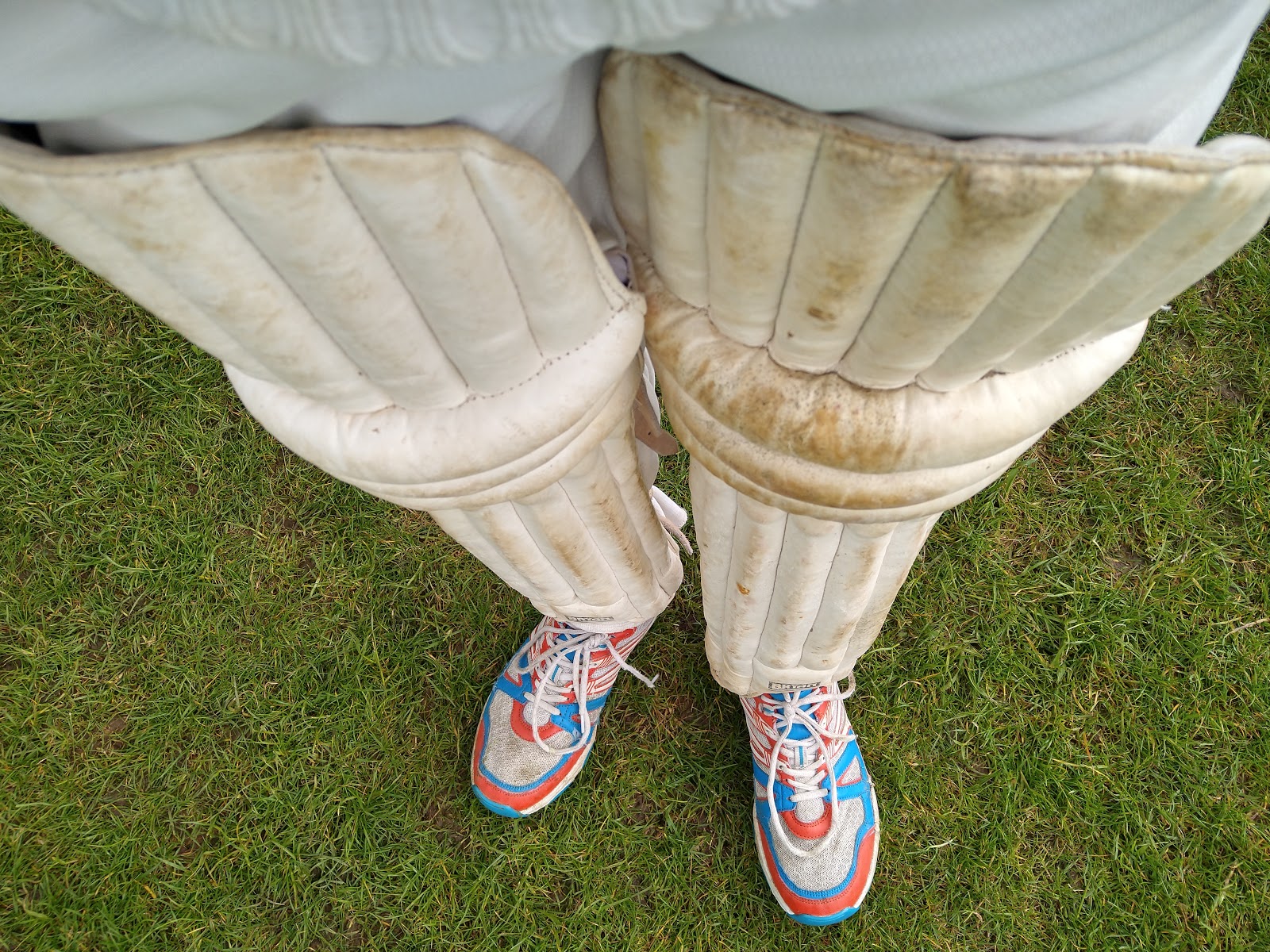 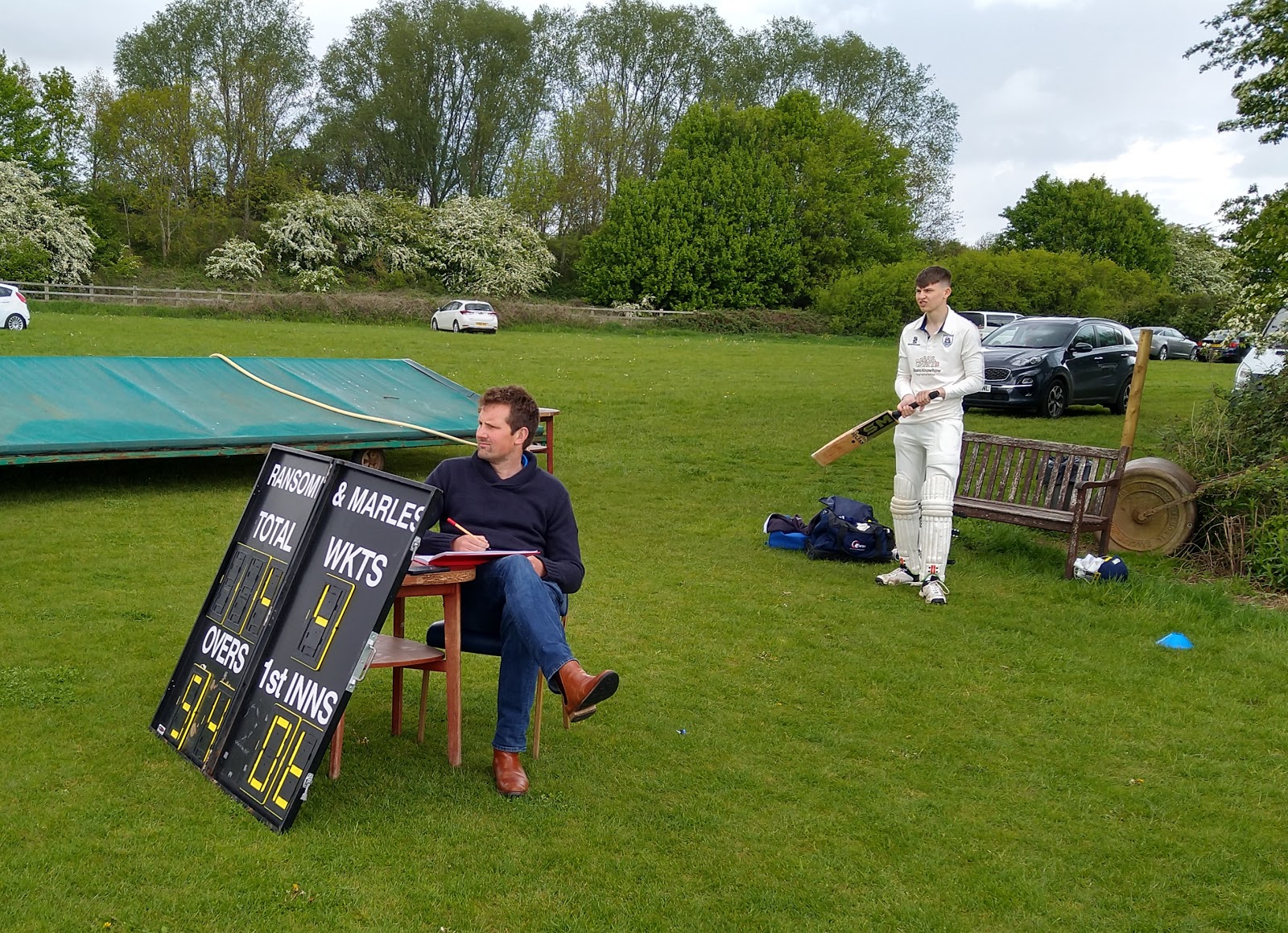 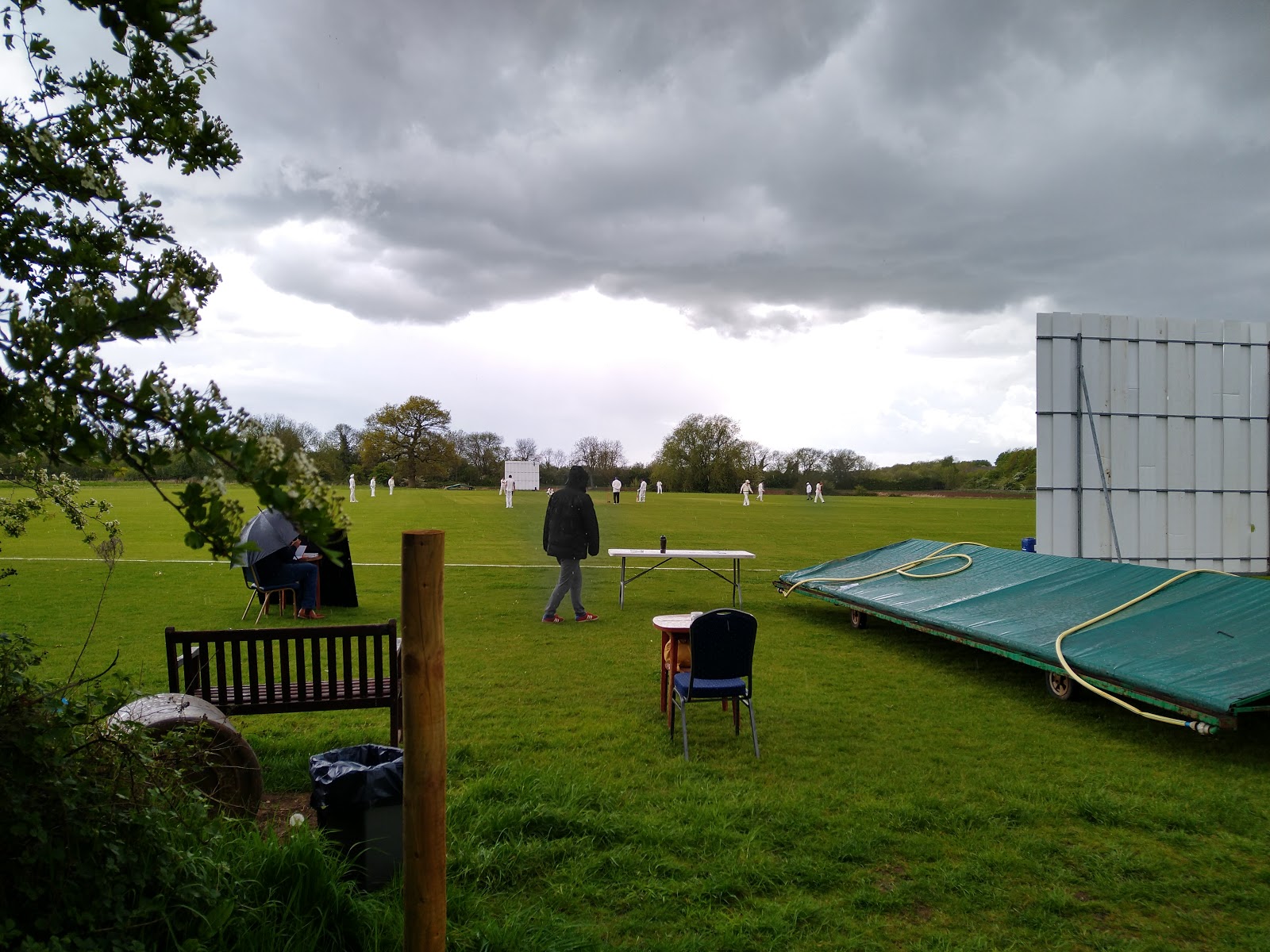 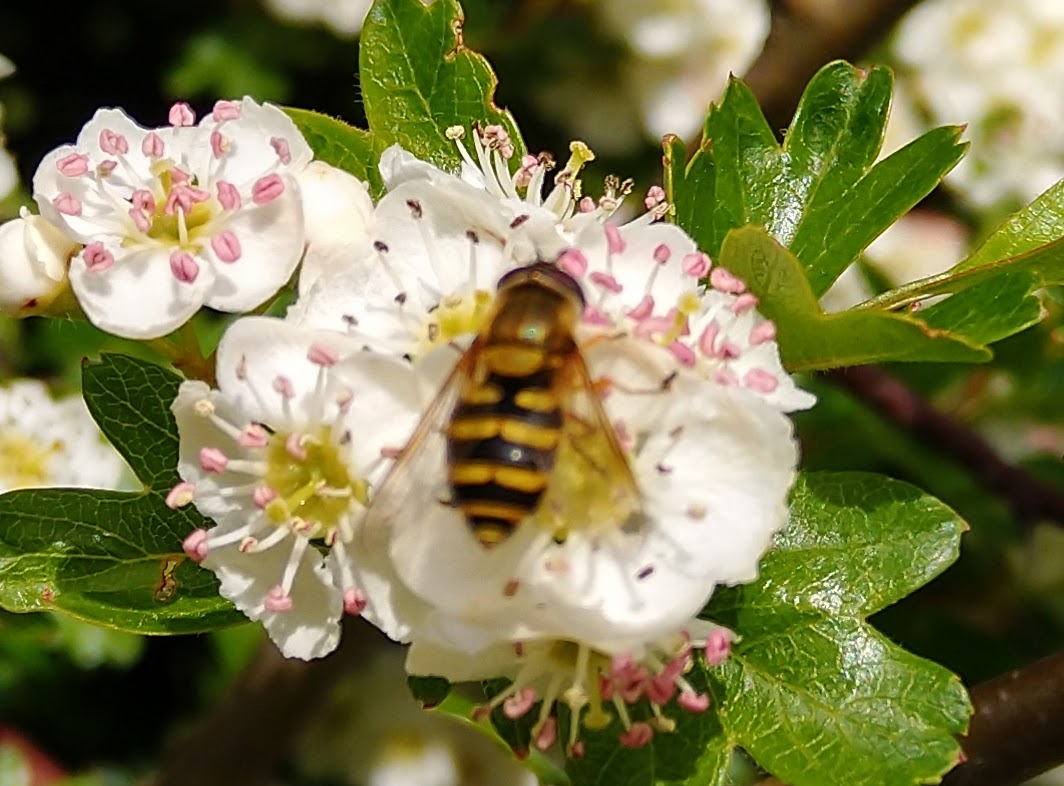 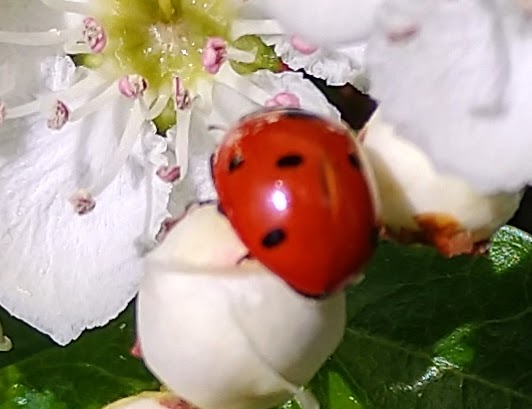 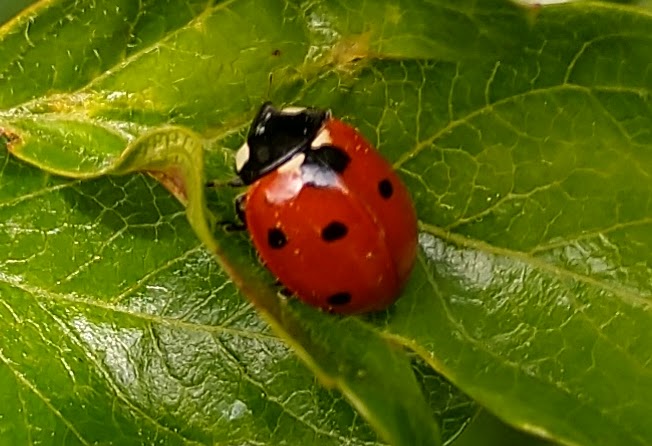 Posted by Simon Douglas Thompson at 16:35