Back with a Bang

So, it was time to don the whites again and get out there for a game of cricket, a sort of second team level friendly against West Bridgeford Legion 2s, a team I've played a couple of times in the past  but one that has since been promoted a couple of times into different divisions from the lowly ones I lurk in.

I got up feeling very very nervous about playing again, even though it was a friendly and no league points were at stake. I always dread being utterly rubbish, usually correctly, and I was very tight in a few of my leg muscles as well as having stomach dwelling fluttering butterflies. So when we ended up fielding first I wasn't feeling terribly good about it.

I was initially banished down to boundary, rather oddly as my shoulders are so buggered at the moment I just can't throw. At all. I had no idea that this meant I was going to be opening the bowling.

My fears looked justified when my first ball turned into a loopy full toss, but somehow their opening bat managed to just spoon the ball gently to square leg where it was gratefully caught. I've taken wickets with my first ball in a match 6 or 7 times now, but never with my first ball of the season!

I was too embarrassed to even look at the batsman, poor fellow.

The rest of the over was rather better, a catch was dropped at cover a couple of balls later, and then I was able to bowl the other opener for 0. Two in my first over of the season!

"Don't get the out too quickly, this is a friendly after all" pointed out my captain at mid-off. No fear of that, as things turned out, although when my young opening partner at the other end bowled another batsman, we had them at 15 for 3. This turned out to be the last wicket we took for about 30 overs.

I bowled ok for a few more overs, then lost my line and length and bowled a few more full tosses and wides as my arm started to drop. I just wasn't bowling with anything like the snap I had in nets, which was incredibly frustrating. I felt a bit deflated and angry, even though 2-23 in 5 overs was hardly disastrous.

I hate bowling when there is a wind that gusts up when you are running in, really puts me off, although the captain thinks that's all in my head a bit. I wish it were that simple. Although I have to realise too that at 48 I'm not going to suddenly turn into Jofra Archer and I'm just going to have to settle for having the odd moment and leave the high energy stuff to the younger kids.

We were then treated to fine batting instead of crap bowling by me, and the score got away from us, gently at first and then with increasing rapidity, although our new player was extremely good with the ball. We came back strong at the end, keeping them to 196-6 in the end. I fielded mainly on the boundary, which is odd because 1) I'm not very good there, although the same could be said of anywhere and 2) my throwing arm is completely shot.

Being an idiot, I had forgotten a vital piece of my kit and had to nip home to fetch it, by the time I got back we were already a couple of wickets down for about 25. I decided to concentrate and lapping the outfield looking for nature based photo opps. It was a lovely day, although the wind got very cold as the afternoon wore on. The ground looked gorgeous in the sun, buzzards soared overhead and chiff chaffs sang in the trees. Not many bees and butterflies though; the dandelions seem to be less appealing at the moment and they prefer the ground ivy which makes them harder to photograph.

While I did this, to the usual bafflement of other people at the ground, the score moved on through a good partnership between a couple of our younger players. The outfield seemed to have strangely grown and slowed, so we weren't able to score enough boundaries to win, although some late bashings by a couple of our more experienced players got us to 165. My batting wasn't required.

All text and images copyright CreamCrackeredNature 24.04.20 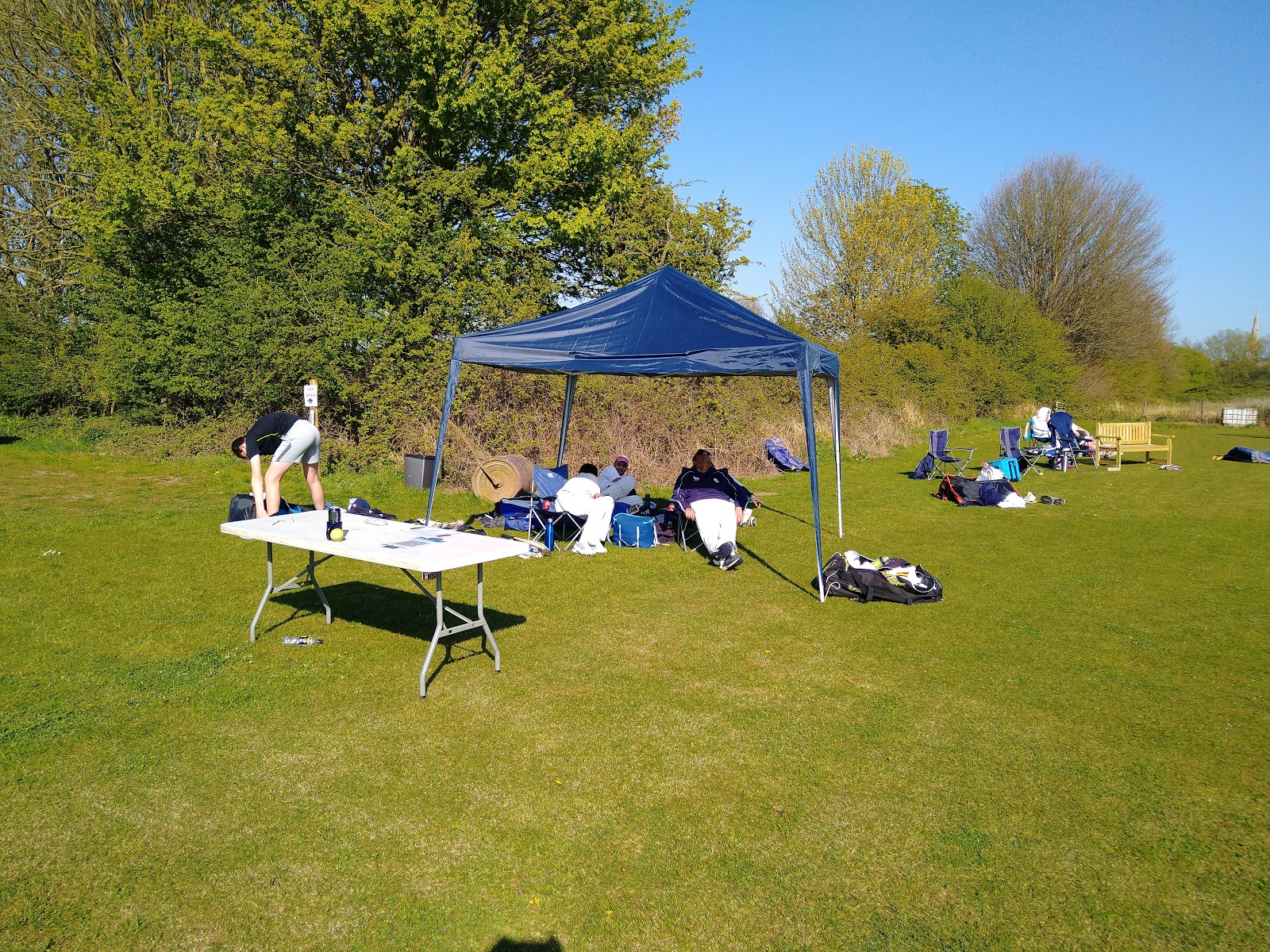 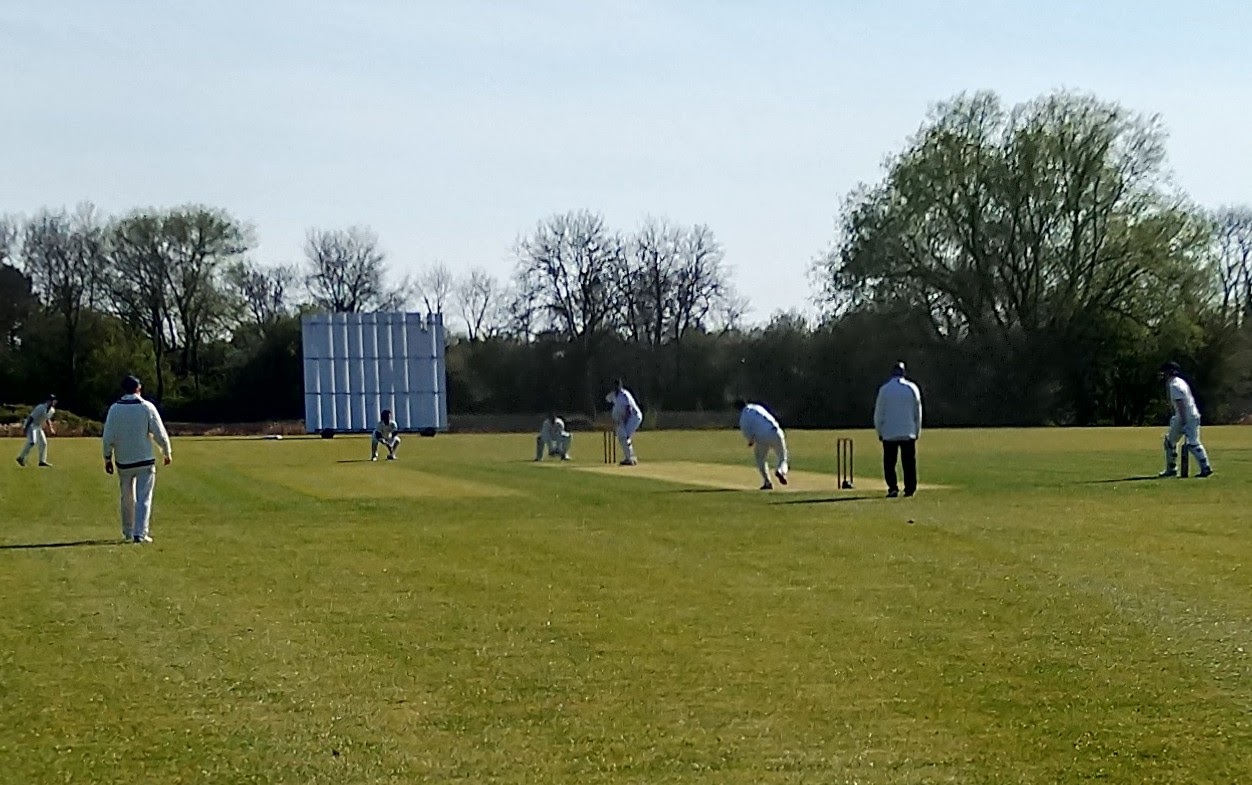 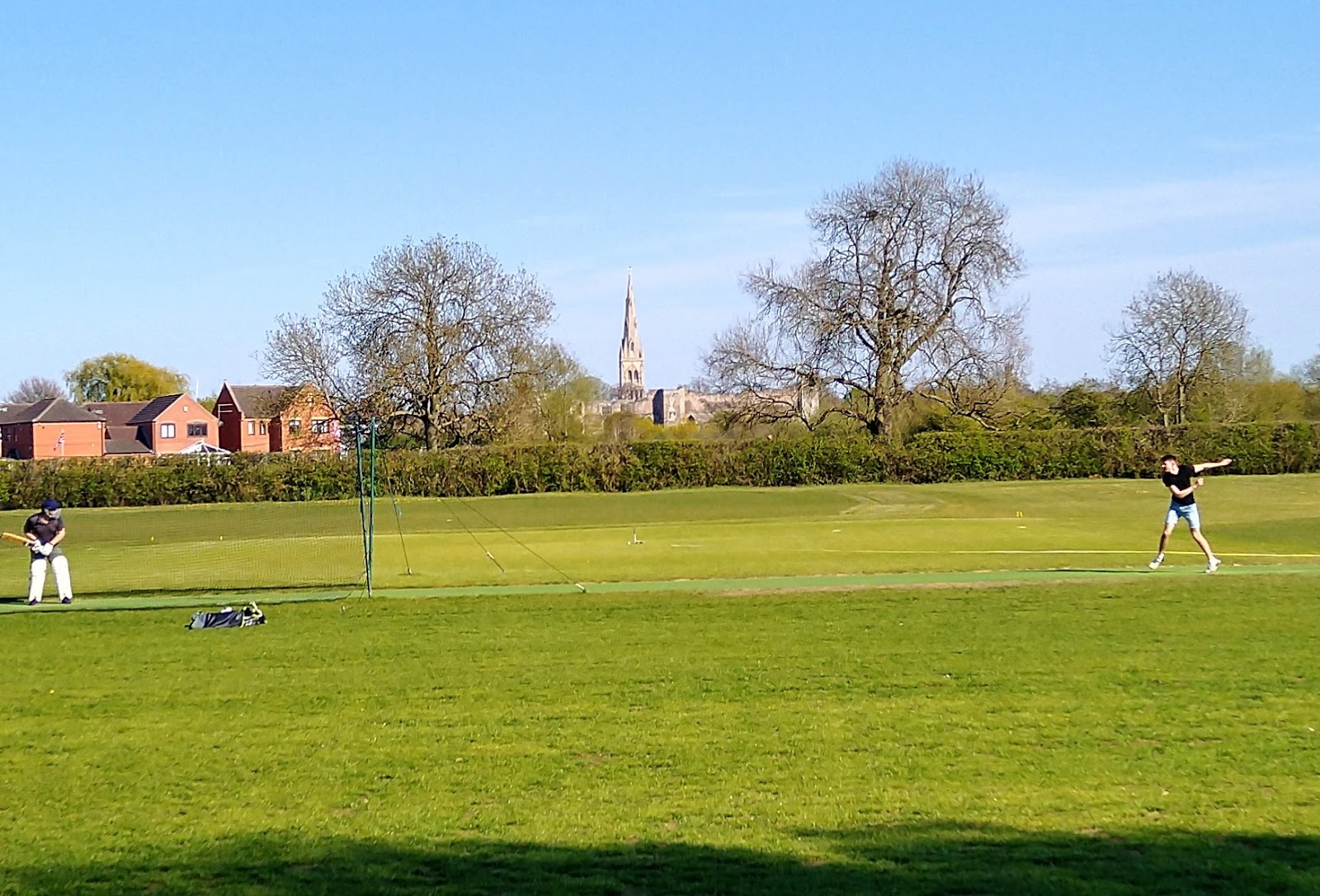 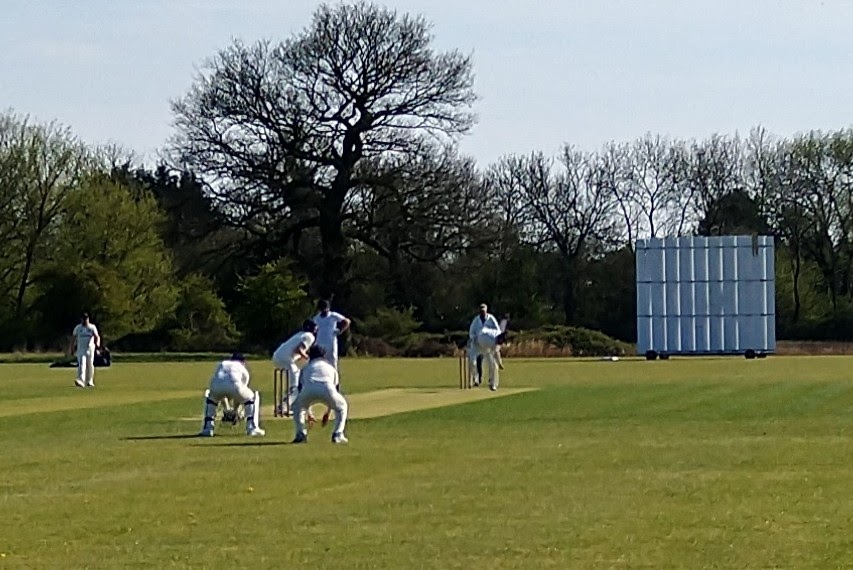 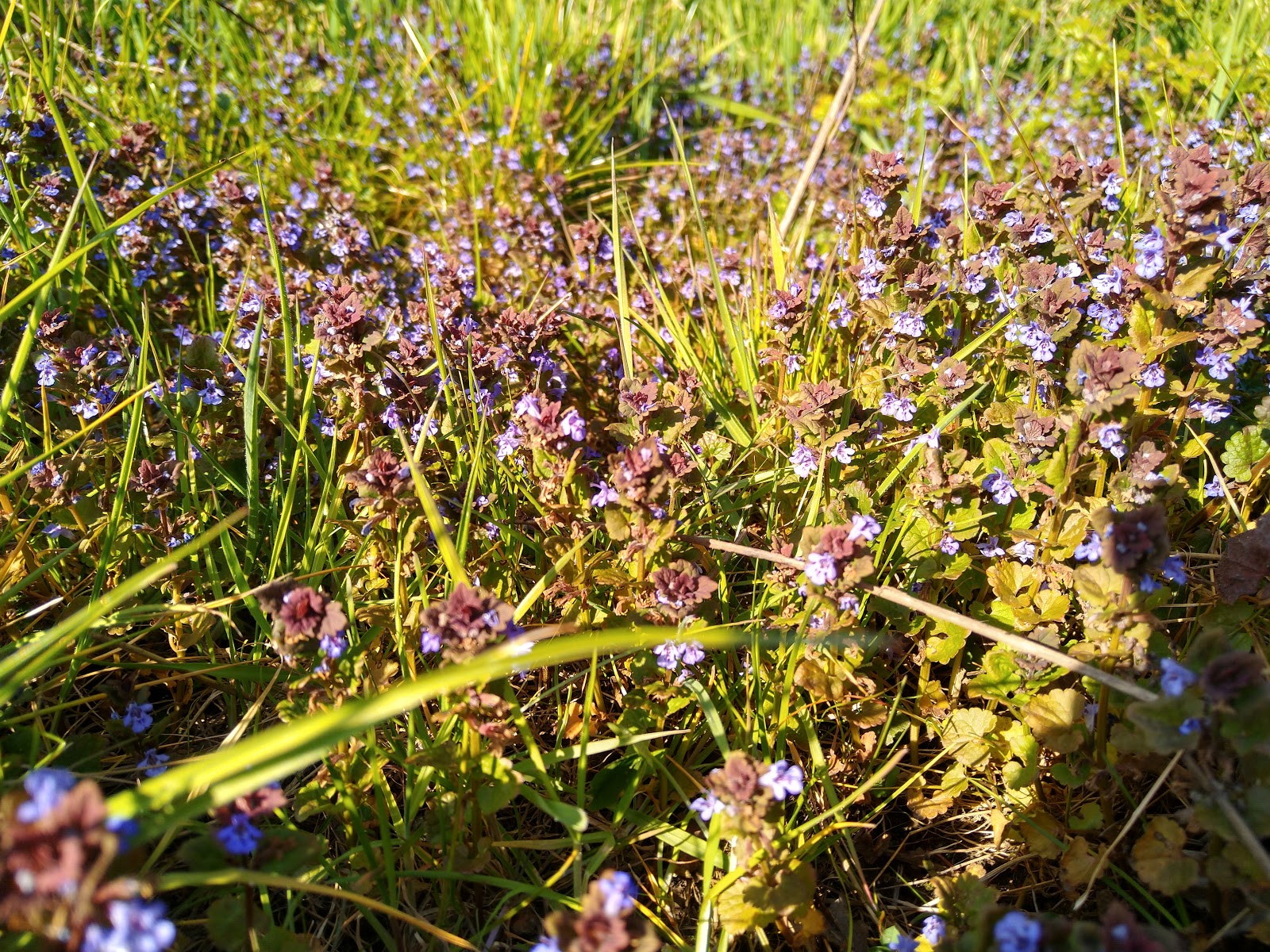 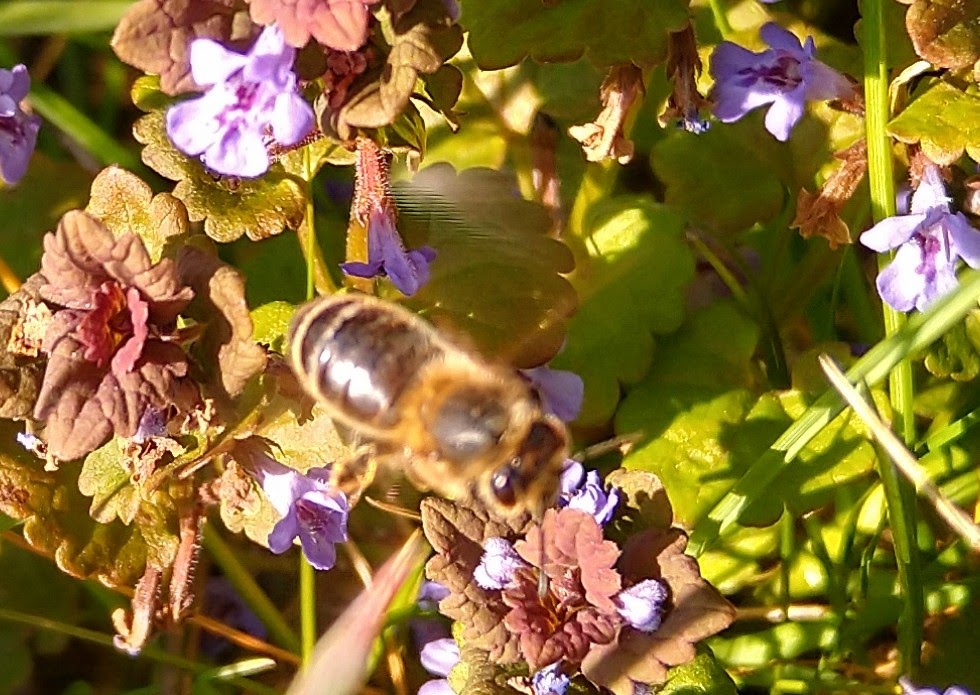 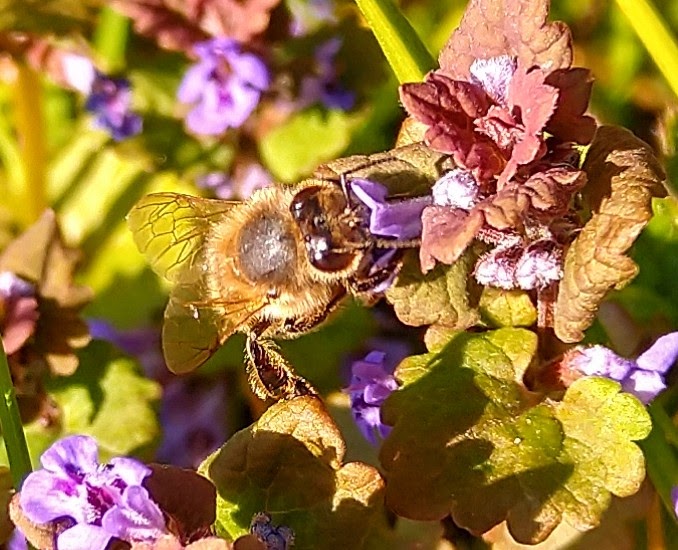 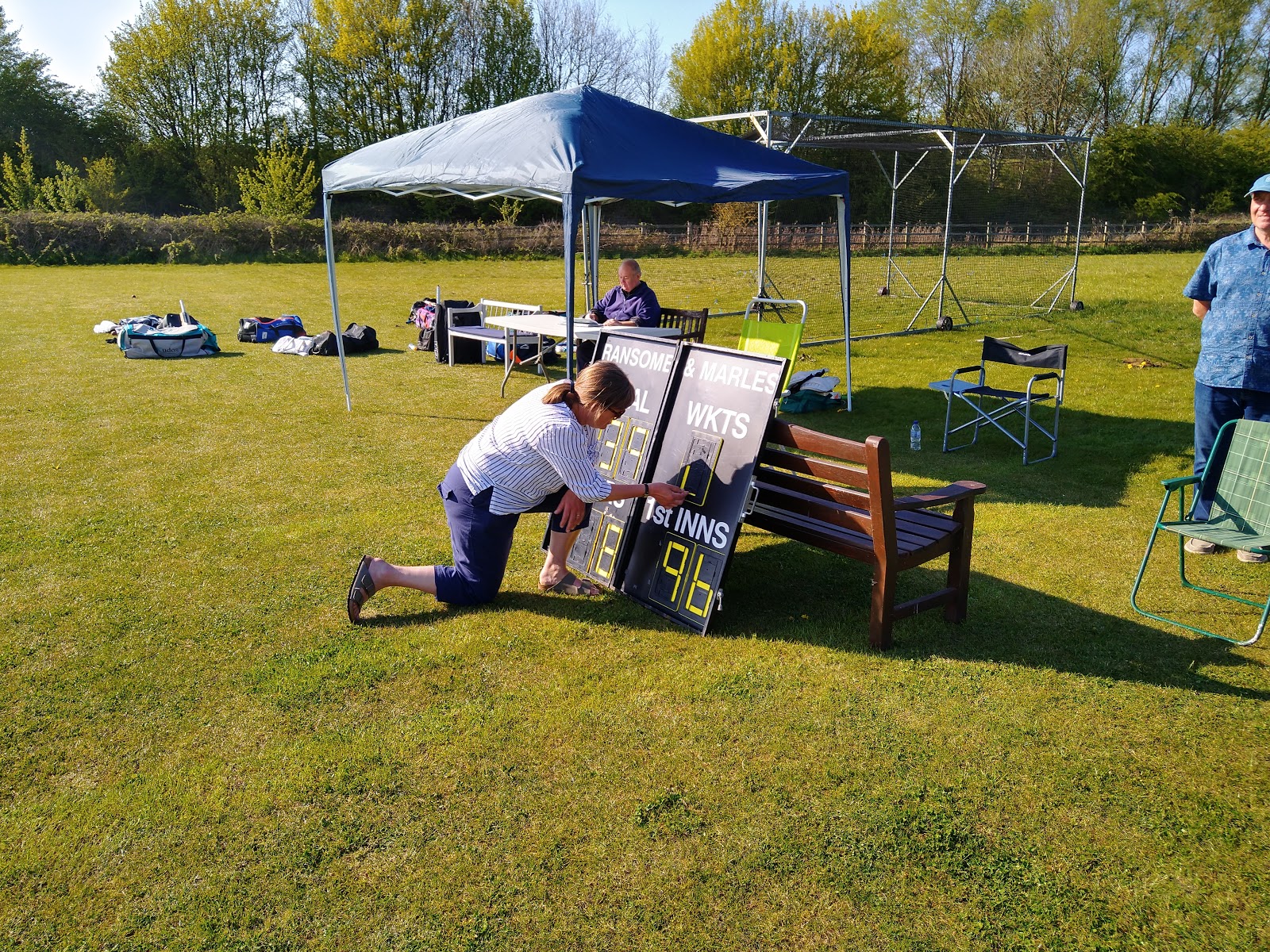 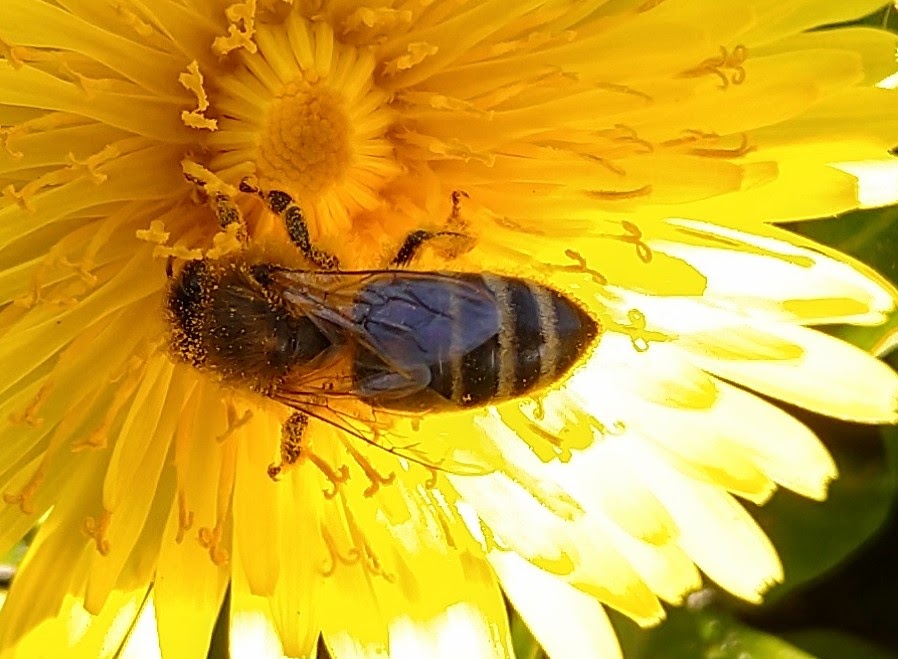 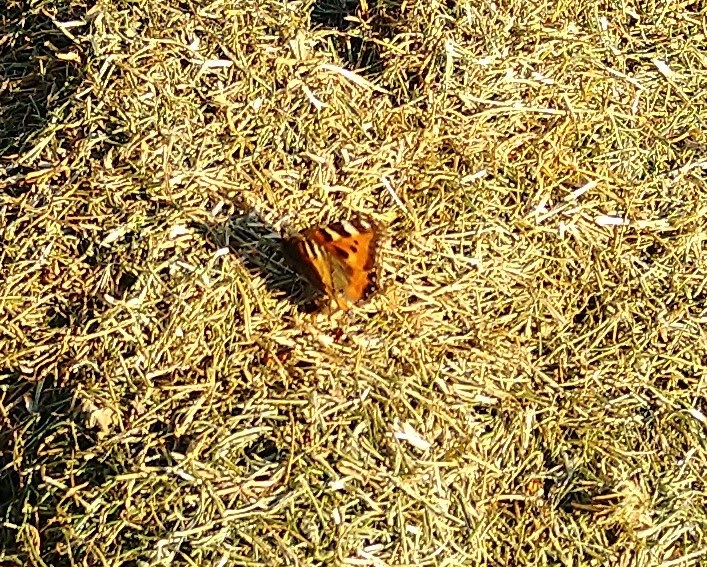 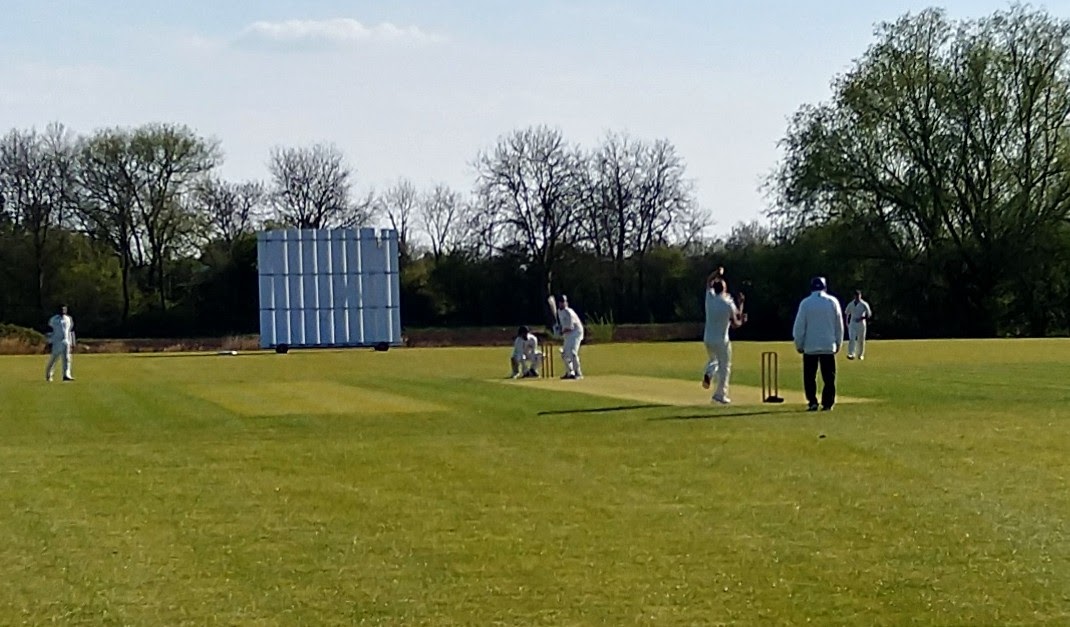 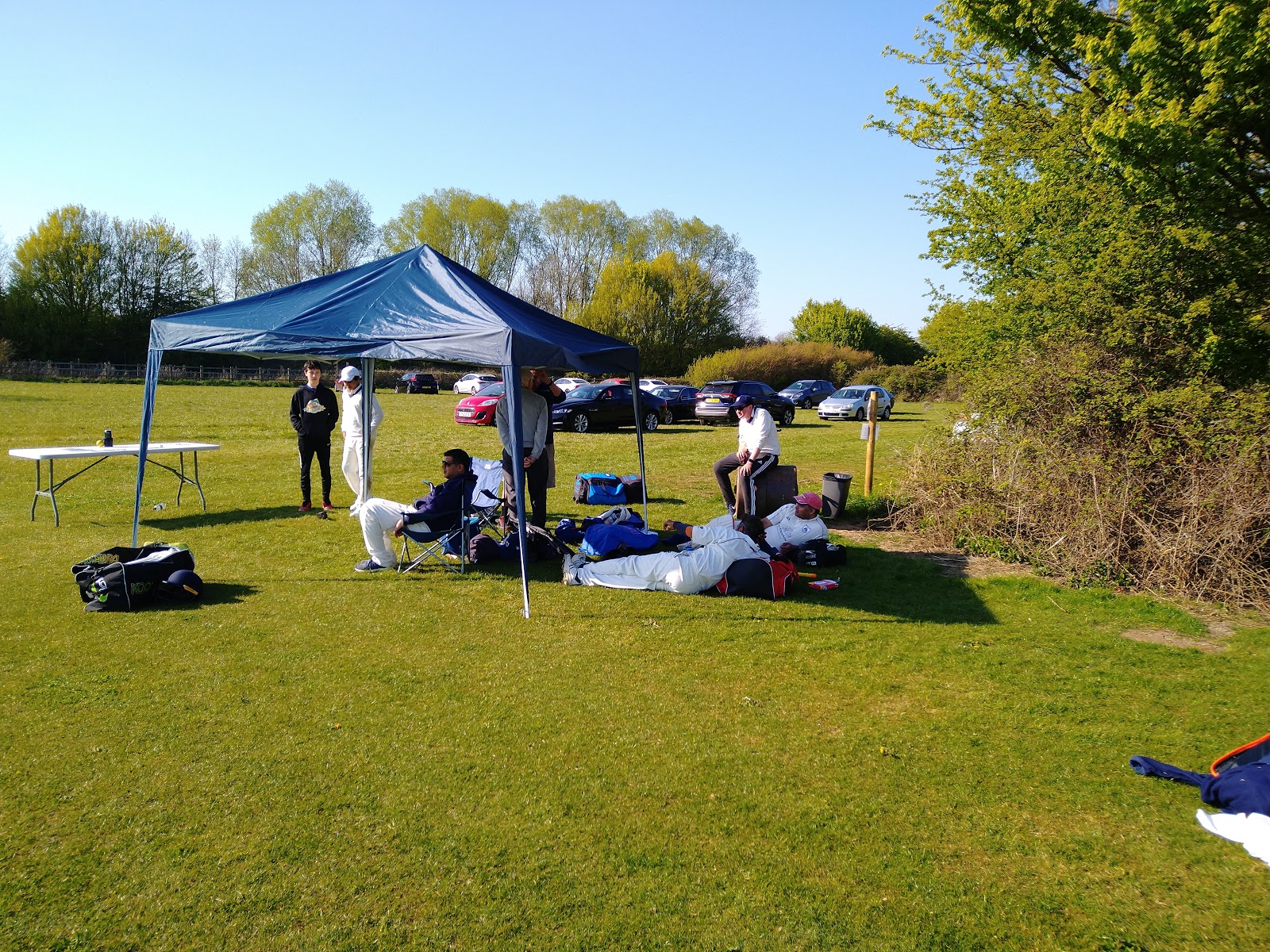 Posted by Simon Douglas Thompson at 18:35