I've been meaning to get this ride in for a while, and with the good weather today compared to the pregnant grey clouds we had scudding over yesterday I figured that it was best to go today, rather than yesterday.

I remember the one time I went before a couple of years ago, I remember that the direct route, although a country road, had a lot of HGVs blasting about which always makes me feel very nervous and exposed on my little mountain bike, so I took a quiet route that took me through Shelton and the alpaca infested vilage of Flawborough - well there were three of them - and Alverton before I arrived in Kilvington and found my way onto the lakes.

Unlike Langford, where the RSPB has ensured that the filled pits have been landscaped, the three lakes at Kilvington are rather unprepossesing water filled holes in the ground surrounded by empty grasslands strewn with pink gypsum. But they have a good record for attracting birds, and indeed there were plenty about today, if nothing terribly interesting that I could spot.

I came to the East Lake first, which had a small fleet of mixed ducks trundling up and down; tufted ducks and the first pochard of winter by the looks of things. There were some large gulls, mature and juvenile sitting on the water too, herring gull and black blacked gull of some kind, and every so often they took to the air to engage in dramatic, tumbling flights back down to the surface of the water.

Further from the road, there was the West Lake, a larger body of water which again despite the barren surroundings, was full of waterfowl. Lapwing wheeled in the distance, and large numbers of various duck species sailed across the water; mallard, pochard and possibly wigeon too, as well as other species I probably haven't noticed.

In the field next to the lake, was the largest flock of geese I've ever seen, several hundred canadas and greylags just milling around on the grass. Other geese flew in to join them, honking mournfully.

Common darters were mating, the females holding on the males as they laid their eggs in the water. But the chill at night tells us the obvious about the arrival of autumn.

All text and images copyright CreamCrackeredNature 02.10.16 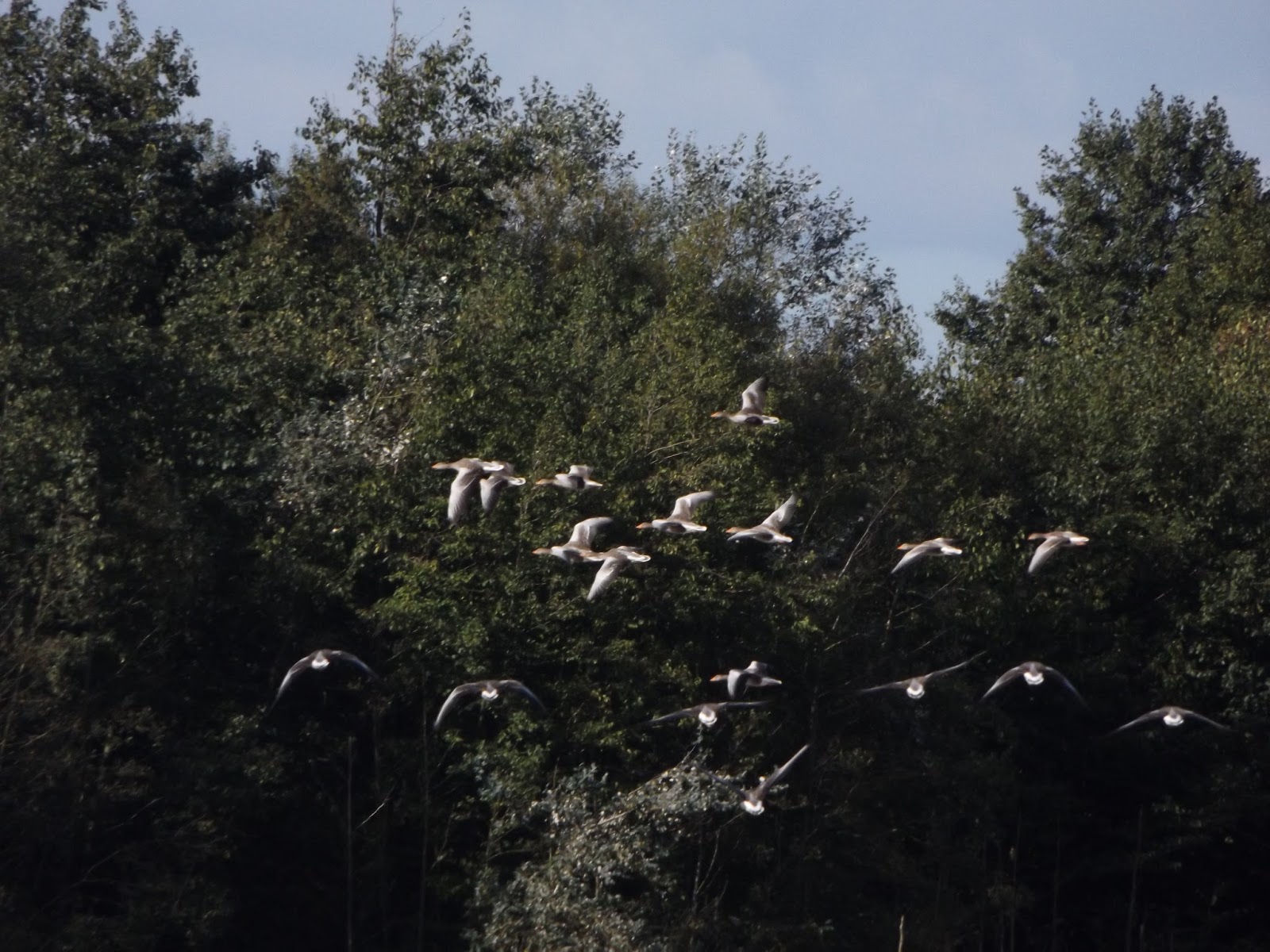 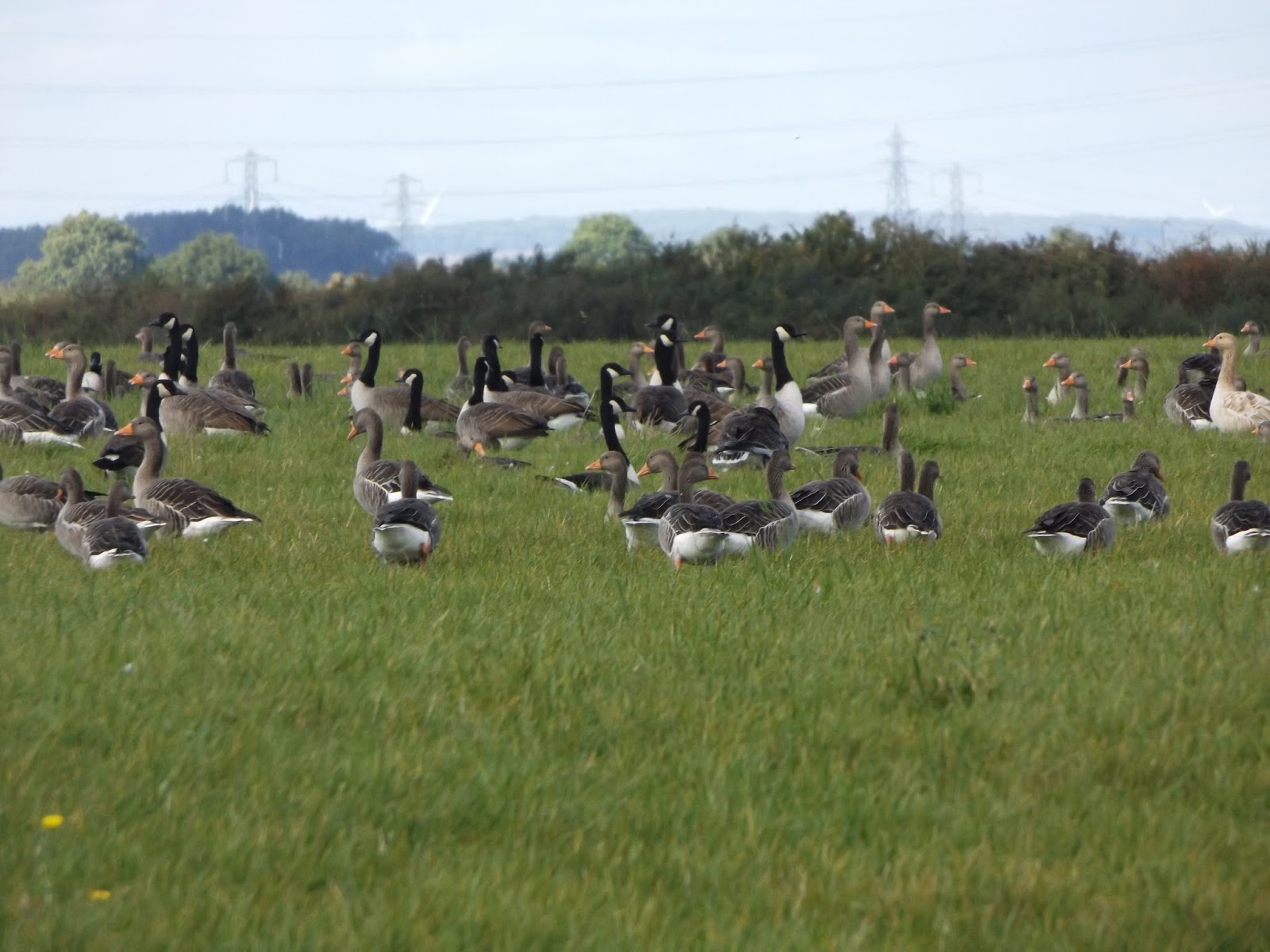 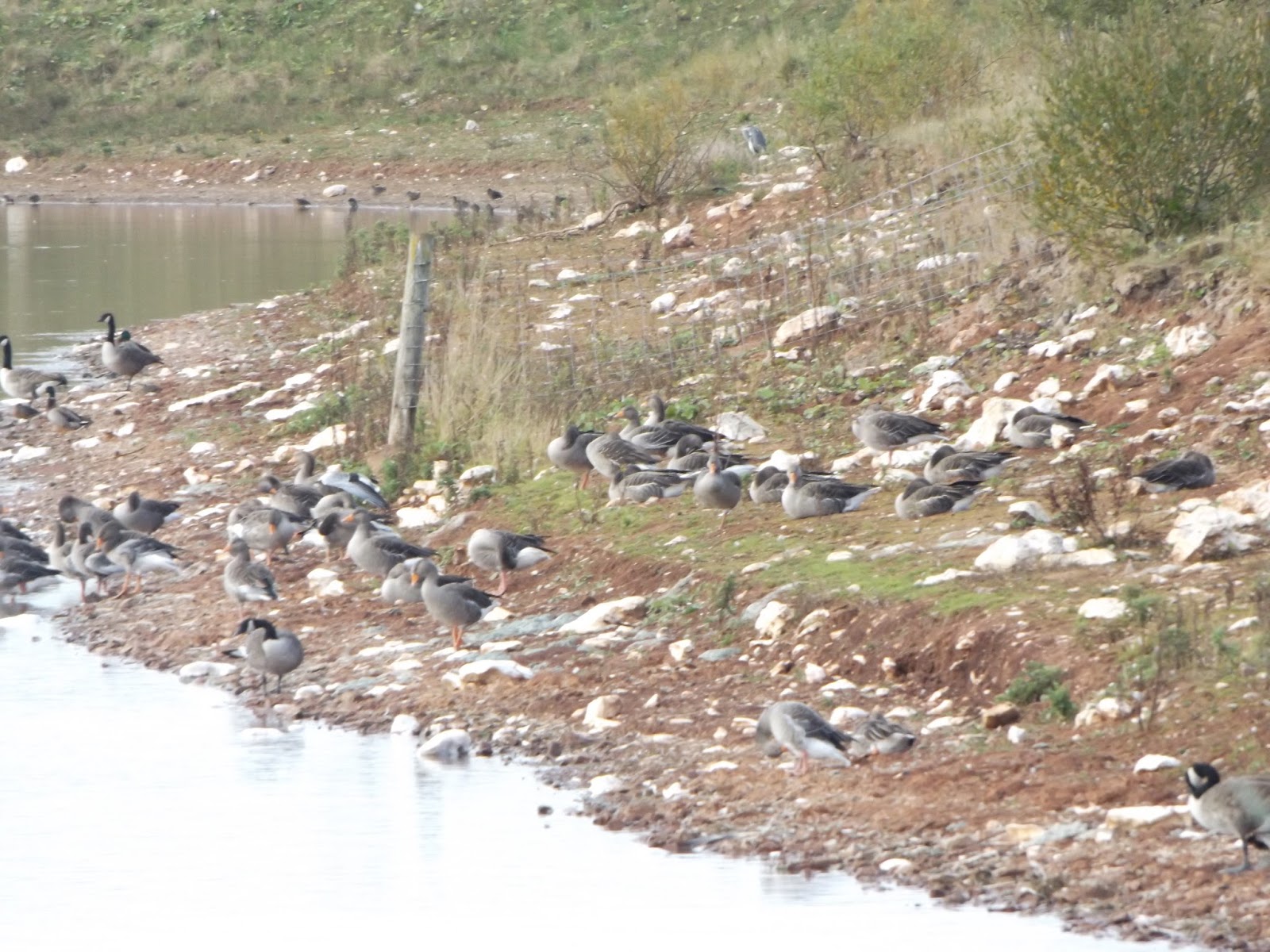 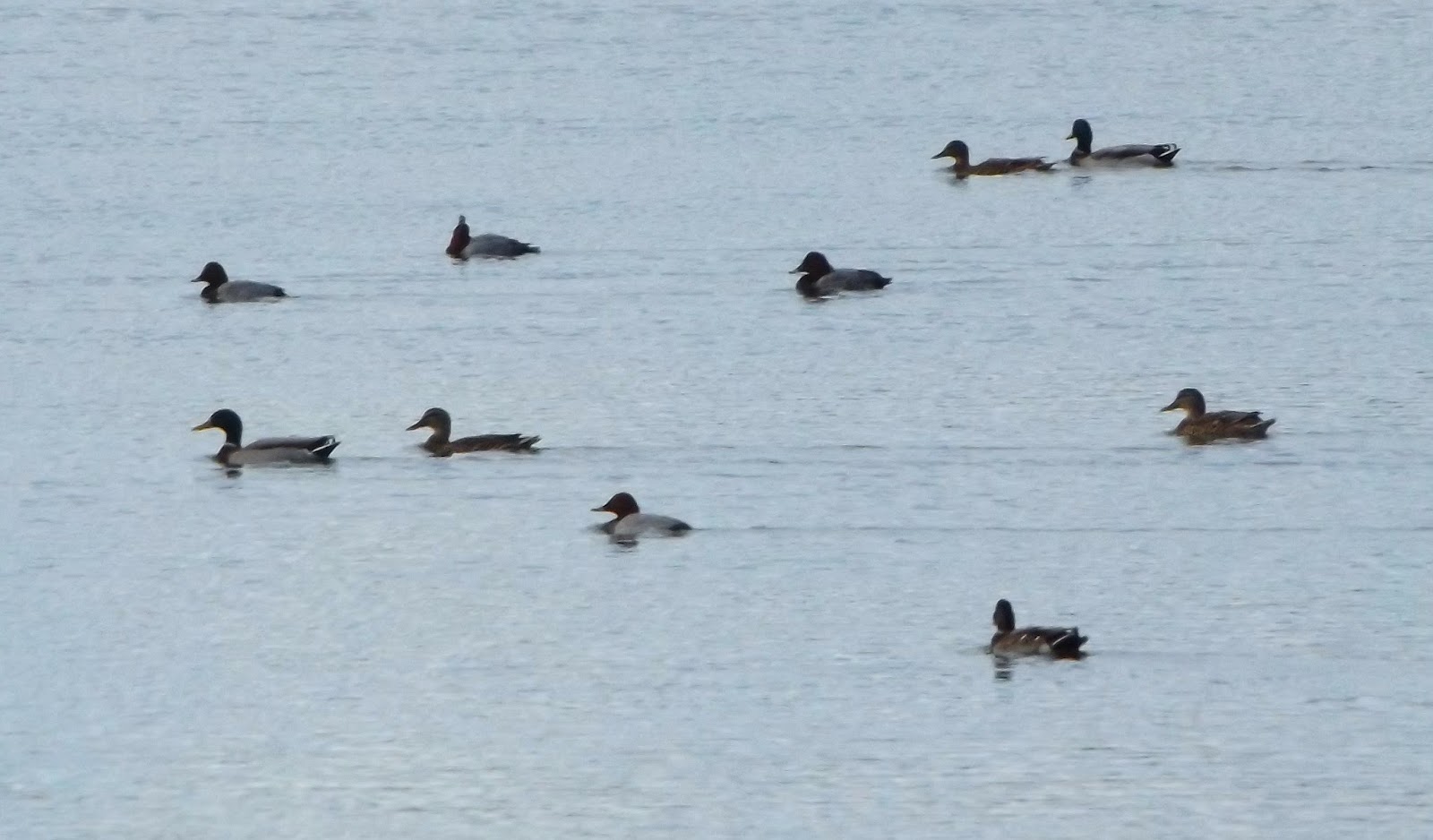 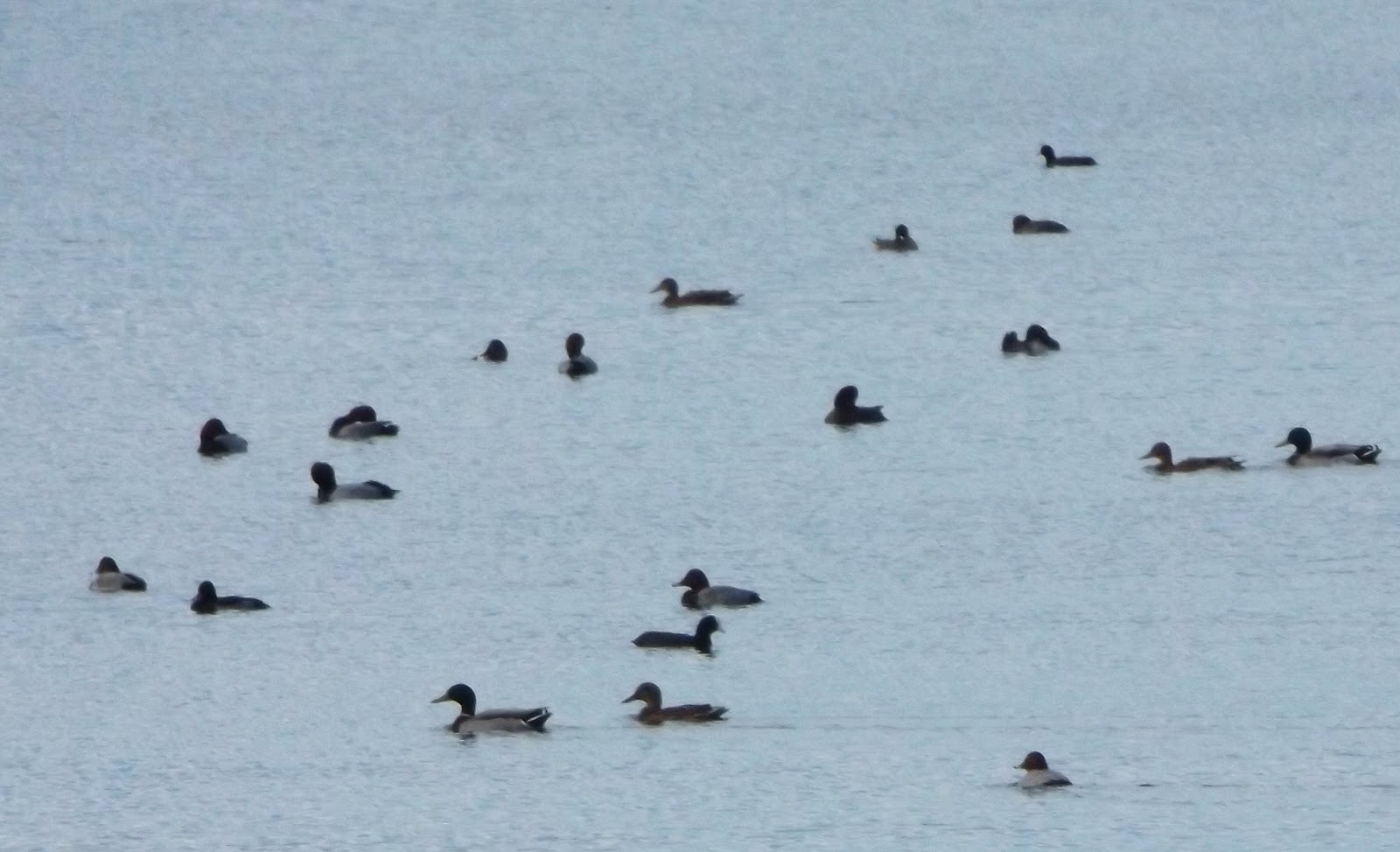 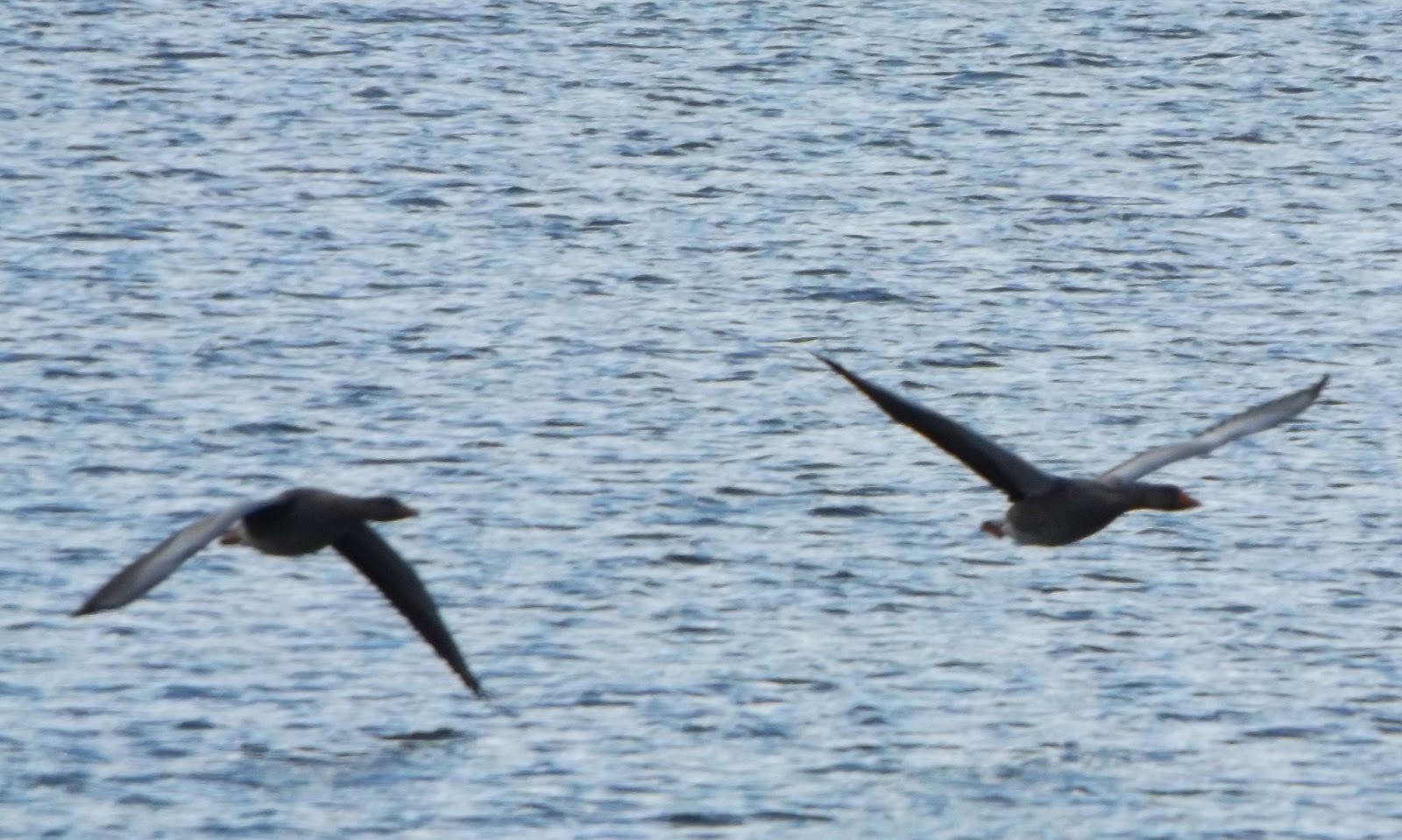 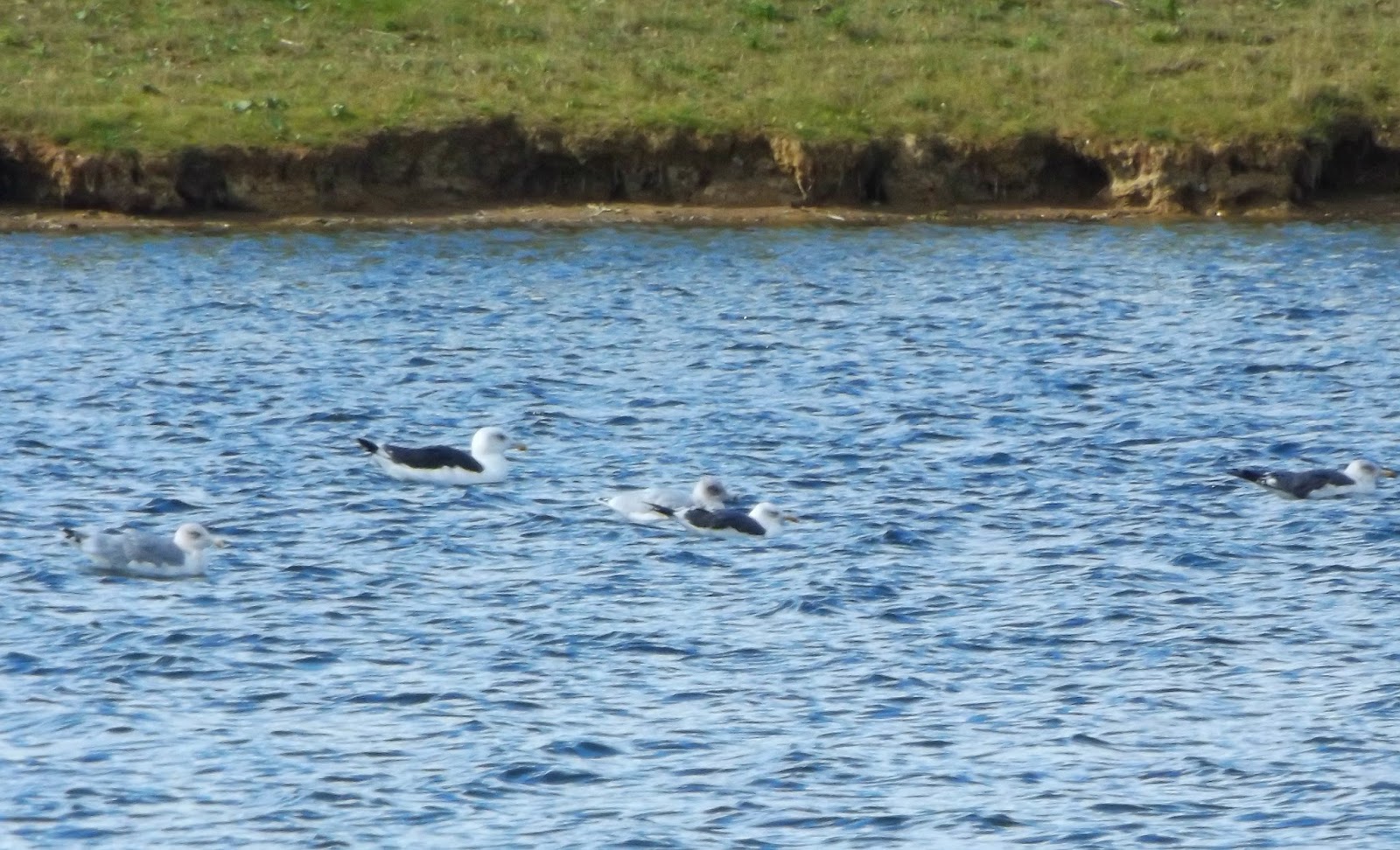 Posted by Simon Douglas Thompson at 13:51