These pictures were taken while out on my run yesterday, but I decided you might like to see the muddy bottom of an empty river first. Which stats suggest you didn't actually want to see, so that was a bit of a fail on my part.

The great crested grebes of Balderton Lake, known to locals as The Blue Lake for some sort of rather colour blind reason, were a photography target yesterday, but just as at London Road Lake, they weren't keen on being shot. When they get going, they work up a pretty impressive head of steam and are hard to keep in focus as they carve through the waters, leaving impressive wakes.

Then of course, there is the diving, perfectly timed to coincide with getting the blasted bird in focus.  And when they surface, they are invariably further away from you.

I managed to photograph two grebes, an immature specimen just losing the cute zebra stripes they have as chicks, and an adult, probably the parent as they started swimming along together eventually.

They are such beautiful birds, I would love to capture some lovely shots of them, but it still isn't happening for me. But I will keep trying.

All text and images copyright CreamCrackeredNature 30.10.15 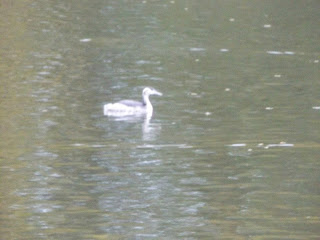 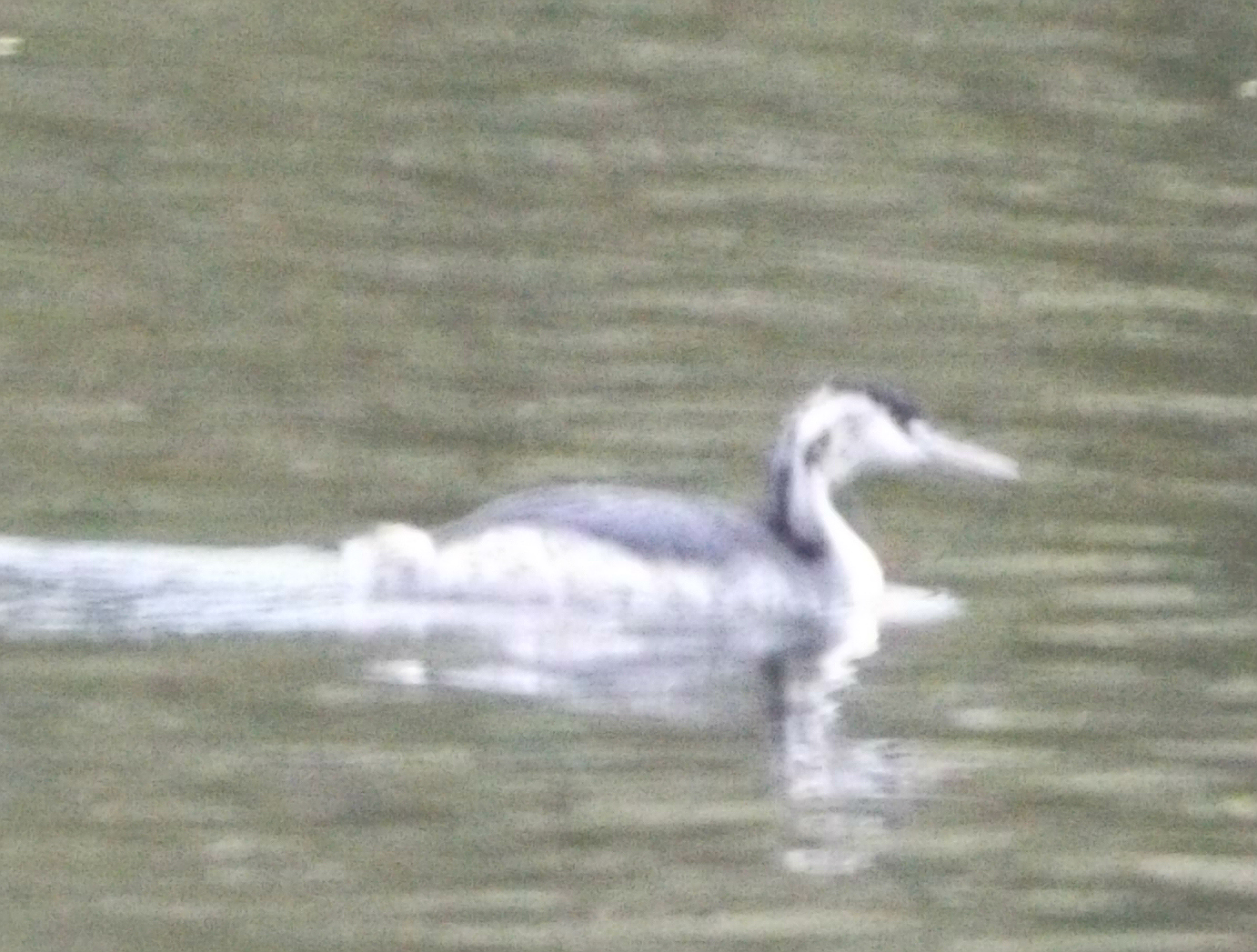 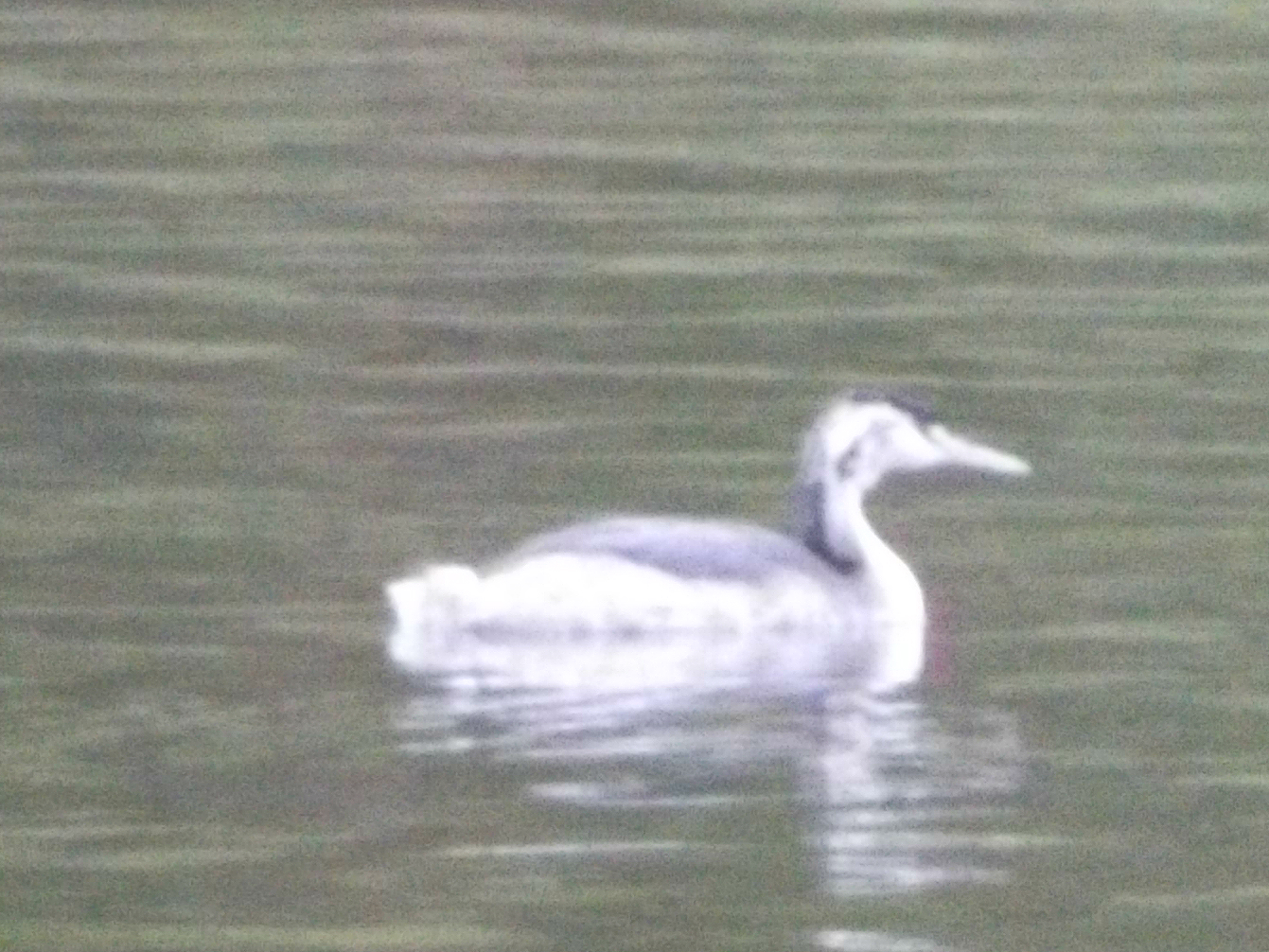 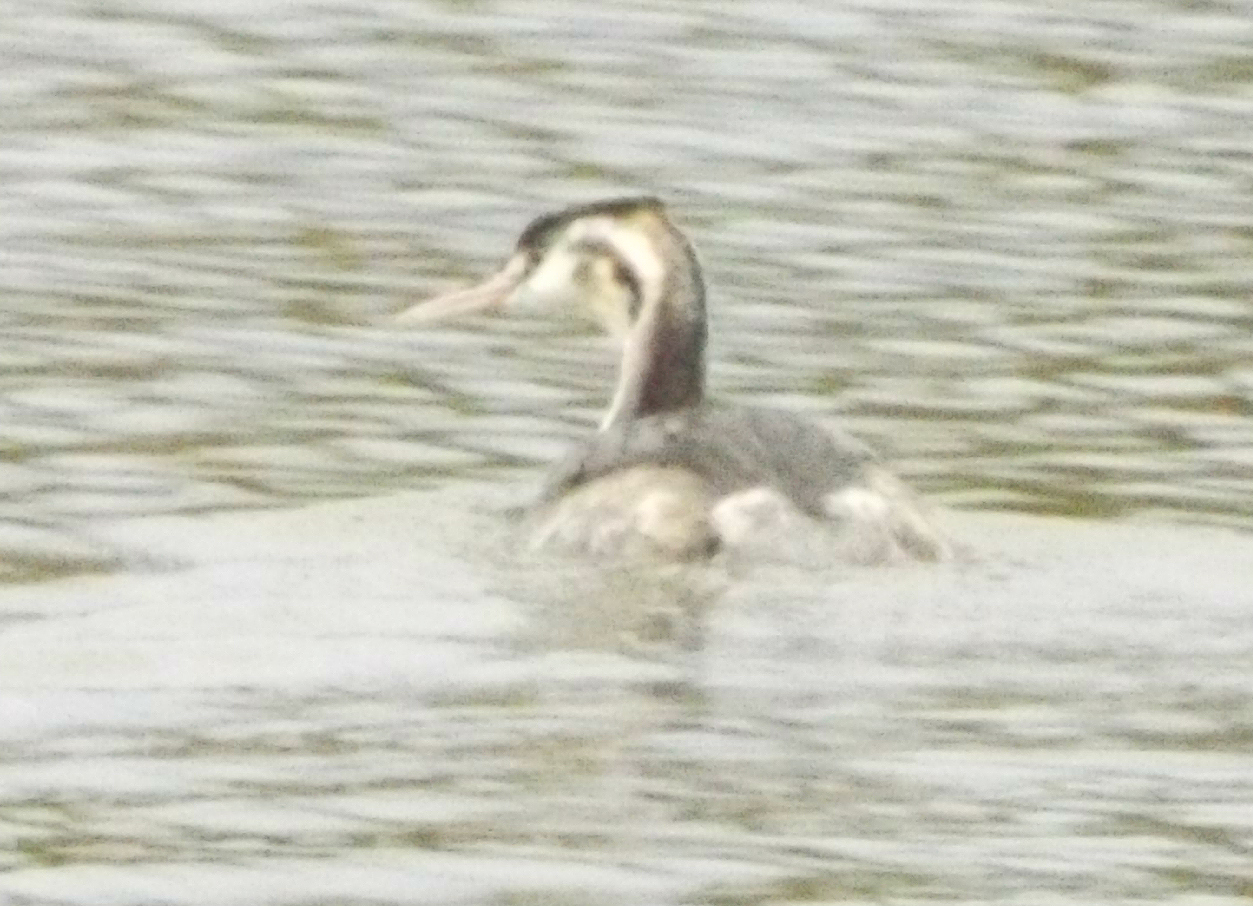 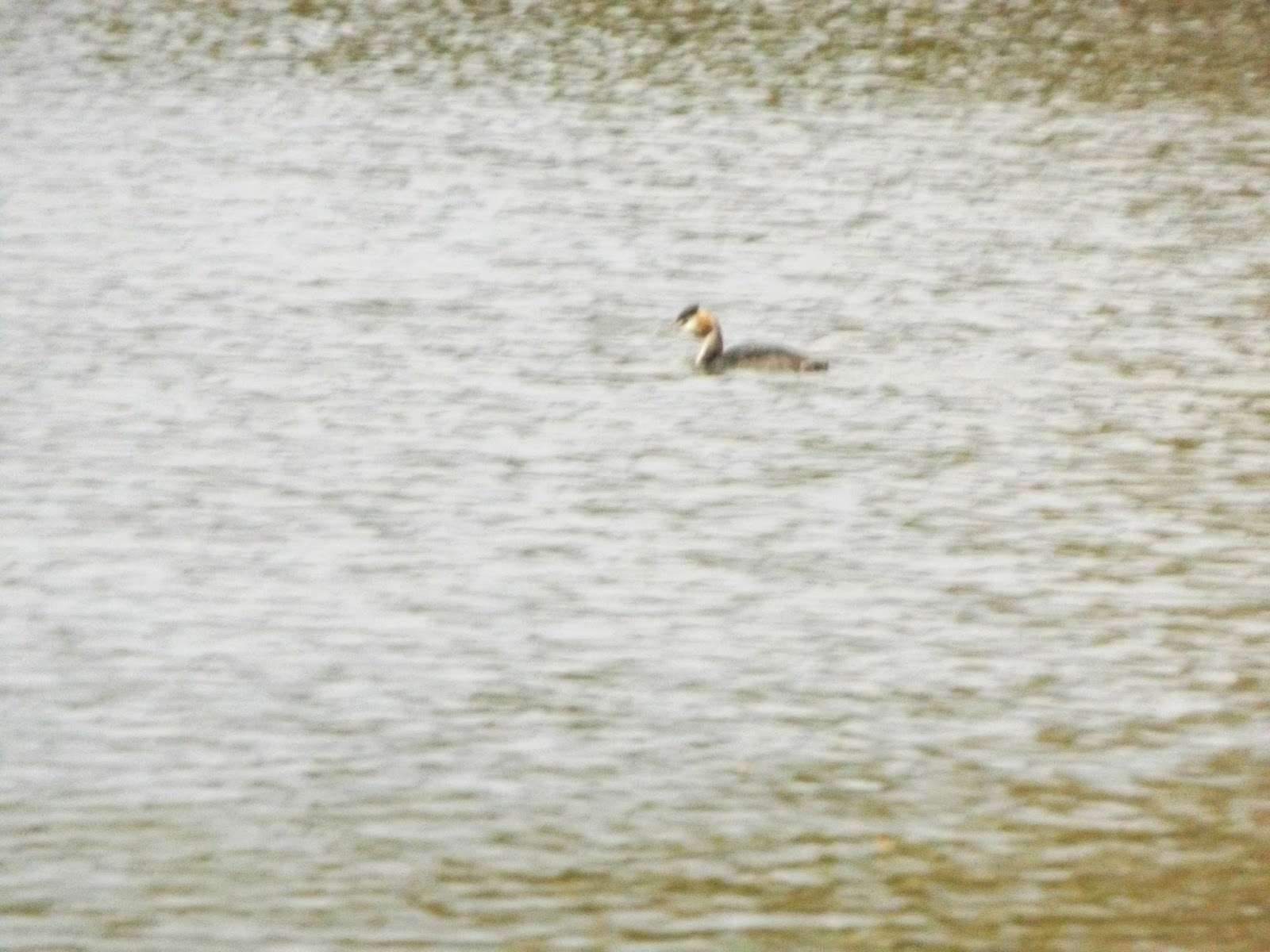 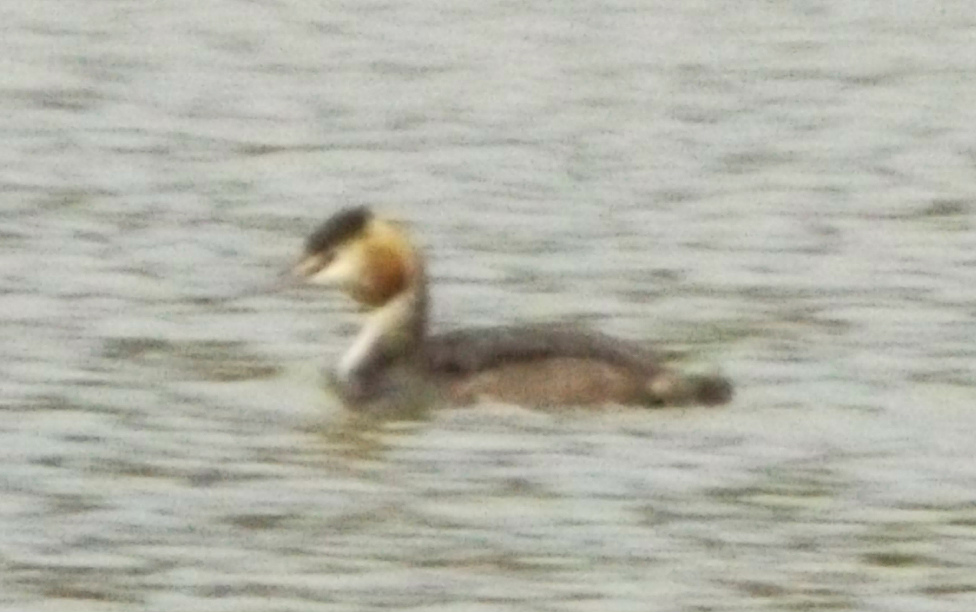 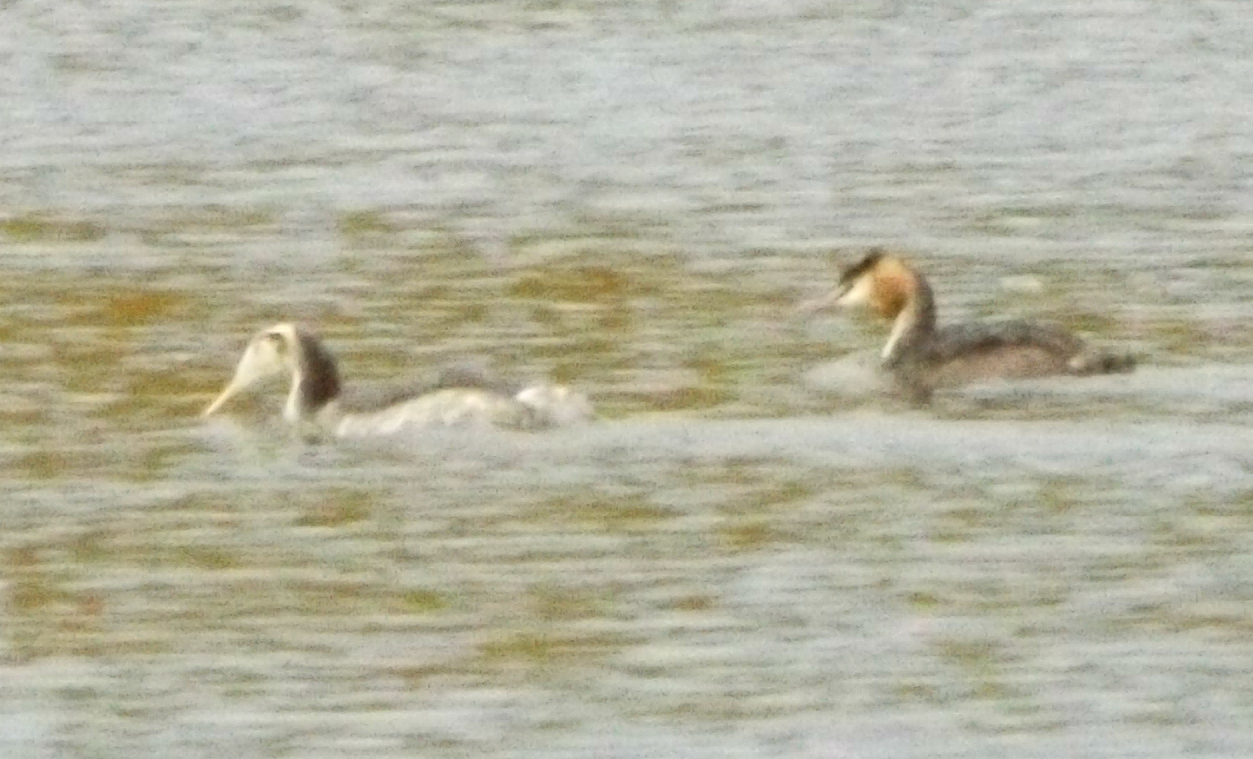