I Wasn't Supposed to be Playing this Weekend...

As of 930pm last night I wasn't going to be playing a game of cricket this weekend for the third weekend in a row - my hamstring although still tight and bit sore I had decided was probably up to a game for a club in need, but a surplus of players for once and a selectorial oversight meant I wasn't picked for Saturday, and my game for Sunday had been cancelled due to Nottingham Forest being unexpectedly good at football.

Then, Friday night I found myself with a Sunday game for our friends at Upton, and then when I woke on Saturday I found messages urgently requesting my "services" required for our second team at home to Kimberly IVs.

Hardly a "cometh the hour, cometh the man" situation, more that we had actual proper players drop out and we were desperate for anyone capable of walking to turn up and play.

So, I went down to the ground, cursed when I found we were fielding first, and then spent about half an hour trying to stretch my ancient muscles and ligaments into some kind of semblance of mobility, before taking my place to field at square leg.

Traditionally, the position you put your crappest fielder in.

But to be fair, I did not disgrace myself at all, although if the ball was hit into the deep I was always beaten to the ball by someone half my age, after which I'd always give my thigh a rub to indicate that if it wasn't for injuries I'd be as fast as Usain Bolt, or maybe faster.

Meanwhile Kimberley had made a steady start, not losing any wickets for a long old time despite hardly smashing the ball over the place due to the accuracy of our bowling. We didn't shift their openers for about 20 overs with 80 on the board. After that, despite some occasional big hitting by a couple of their players, we kept chipping away to bowl them out for 165 in the 45th over, with our skipper taking six wickets before executing a final run out by rolling the ball very very slowly into the stumps.

This was despite only having ten men for two hours, as our exciting young wicket keeper had been lost down a temporal warp of some description for the first 30 overs, and we had used stand ins, one of whom, a moonlighting first team captain, explained that half the time he had been keeping with his eyes shut.

My eyes had been open the whole time, and I still didn't get to take a catch, although I did manage to get slightly aloft to try and take a ball hit hard over my head, which was an improvement over my "throw myself out of the way" style of fielding during previous matches.

So now to our batting, and we made an excellent start that we never really let up from. Always ahead of the rate, we put on good partnerships down the order, our batters no doubt spurred on by the knowledge that I was batting nose-bleedingly high at number 7 and was also absolutely knackered after having to field hard for 45 overs, which I haven't had to do for about 5 years.

I was however asked to do square leg umpiring, curse curse, during which I watched our opening bat get given out lbw - off an inside edge - for an excellent 57, before the first team skipper hit a towering 6 over the pavilion and into the car park. I found the fact the label on his bat looked like it said "TWAT" rather amusing.

Our opening bowler was meanwhile hammering the ball about despite not having a major rep for batting.

Wickets did fall occasionally, and this I found myself going out to bat, headbanded, feeling hopeless and nervous as usual, with about 10 needed to win and thinking I was about to cause a collapse to defeat. Luckily the skipper had a cool head, helped me do some running between the wickets, and watched as I managed to get off the mark with a nice chip over the infield.

A couple of minutes later, a worthy victory was ours. Twenty points in the bag.

All text and images copyright CreamCrackeredNature 28.05.22 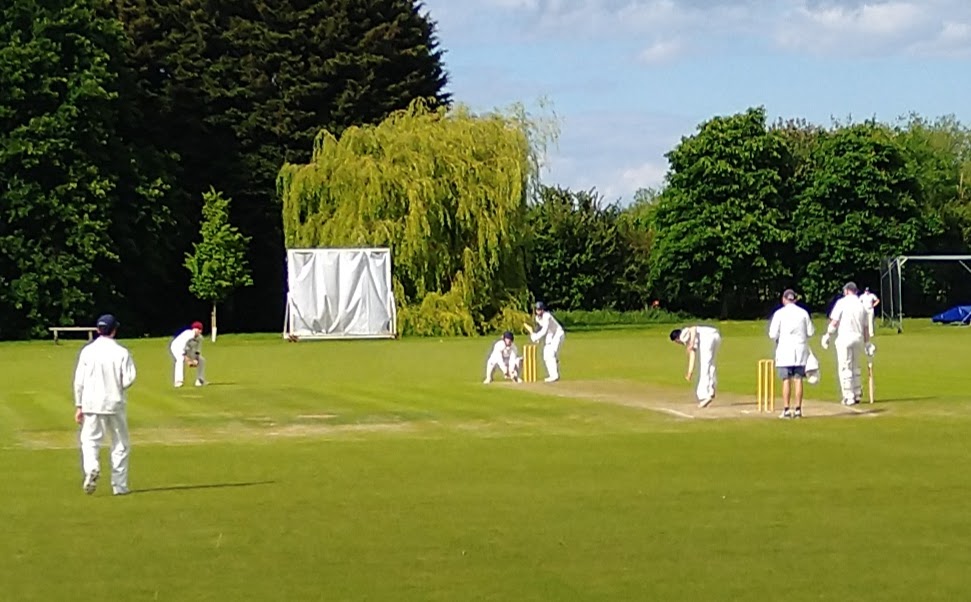 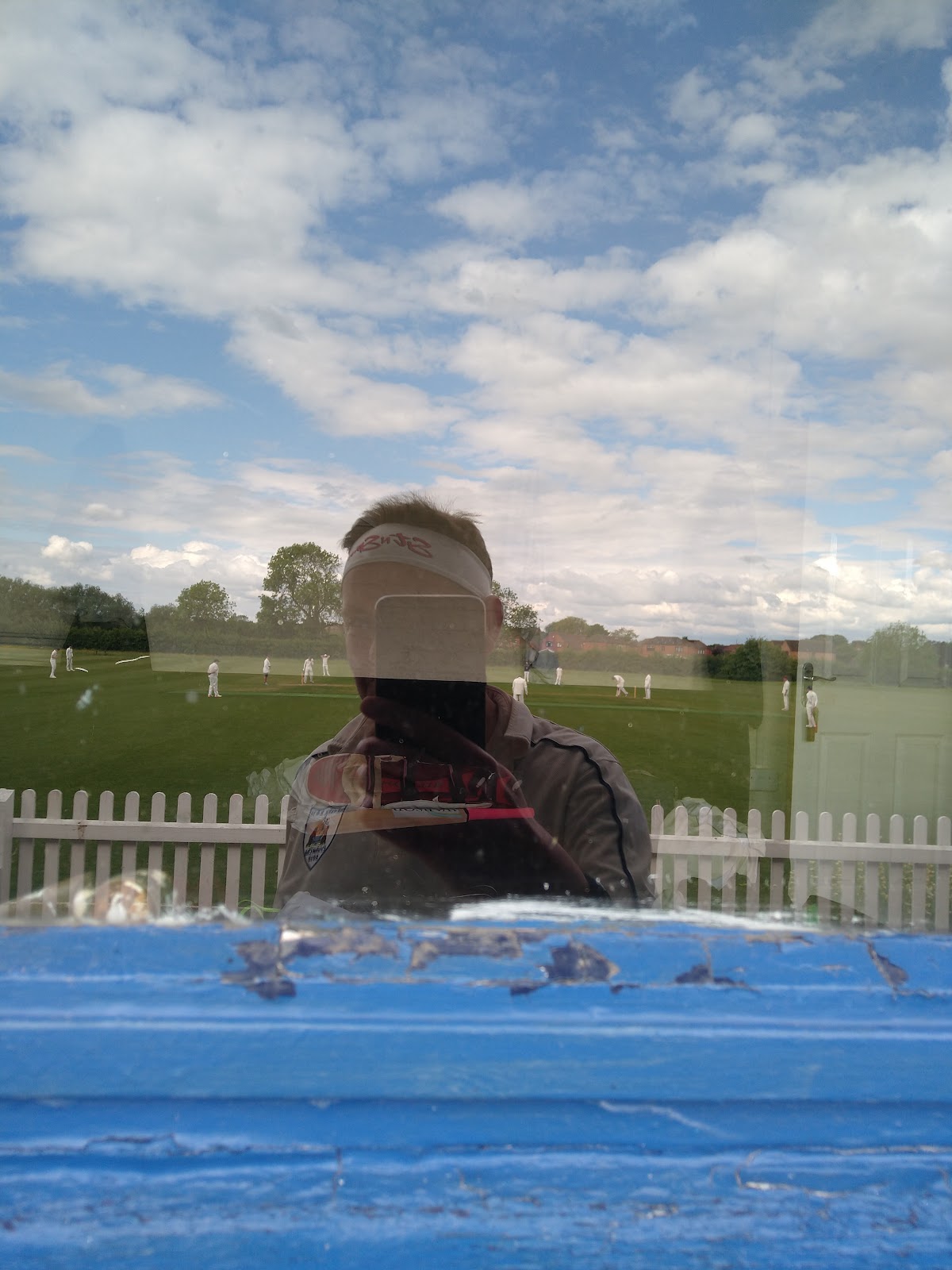 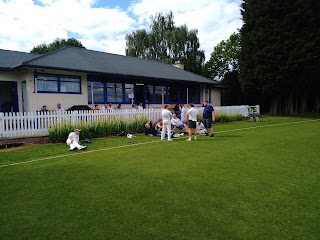 Posted by Simon Douglas Thompson at 14:39