Luckily I've stil been able to walk the last few days, if well dosed with Iburprofen, and it was on a walk along the River Devon in Sconce Park that I was able to make the acquaintance of a few birds.

The swans were, as ever, over tame and over privileged, expecting handfuls of food from every passing visitor and harassing those that were empty handed. The two mutes that found me offering only photo-opps rather than baked goods were full of hisses and grunts, wings raised in the threat gesture apparently known as "busking".

One of them was so annoyed, it started biting the metal rail of the platform I was snapping from, as if it was hoping to tear it down and drag me into the water.

Amidst all the cygnular aggression, various mallards cruised rather more peacefully along the river, although one of the friskier drakes was giving it a fair bit of quack and was trying to nip the tail of a passing duck.

The mallard drakes are probably at the peak of their condition at the moment; beautiful plumage, and their heads boiling with glittering irridescence in the sun. At last I had light to try and take some decent photographs, and I hope I succeeded in capturing at least a little of the birds in this glorious state.

And if I didn't, at least I wasn't killed by a swan. 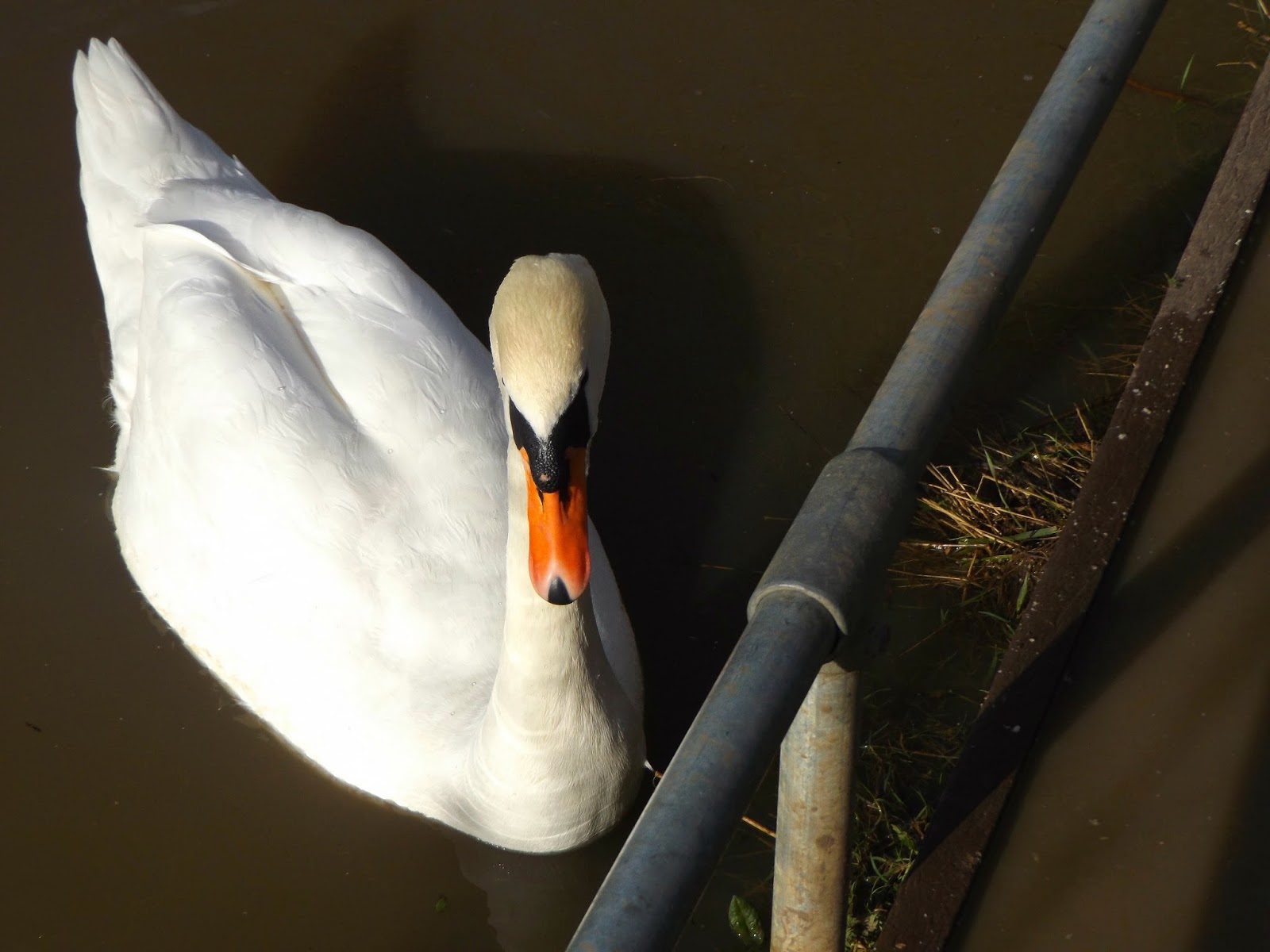 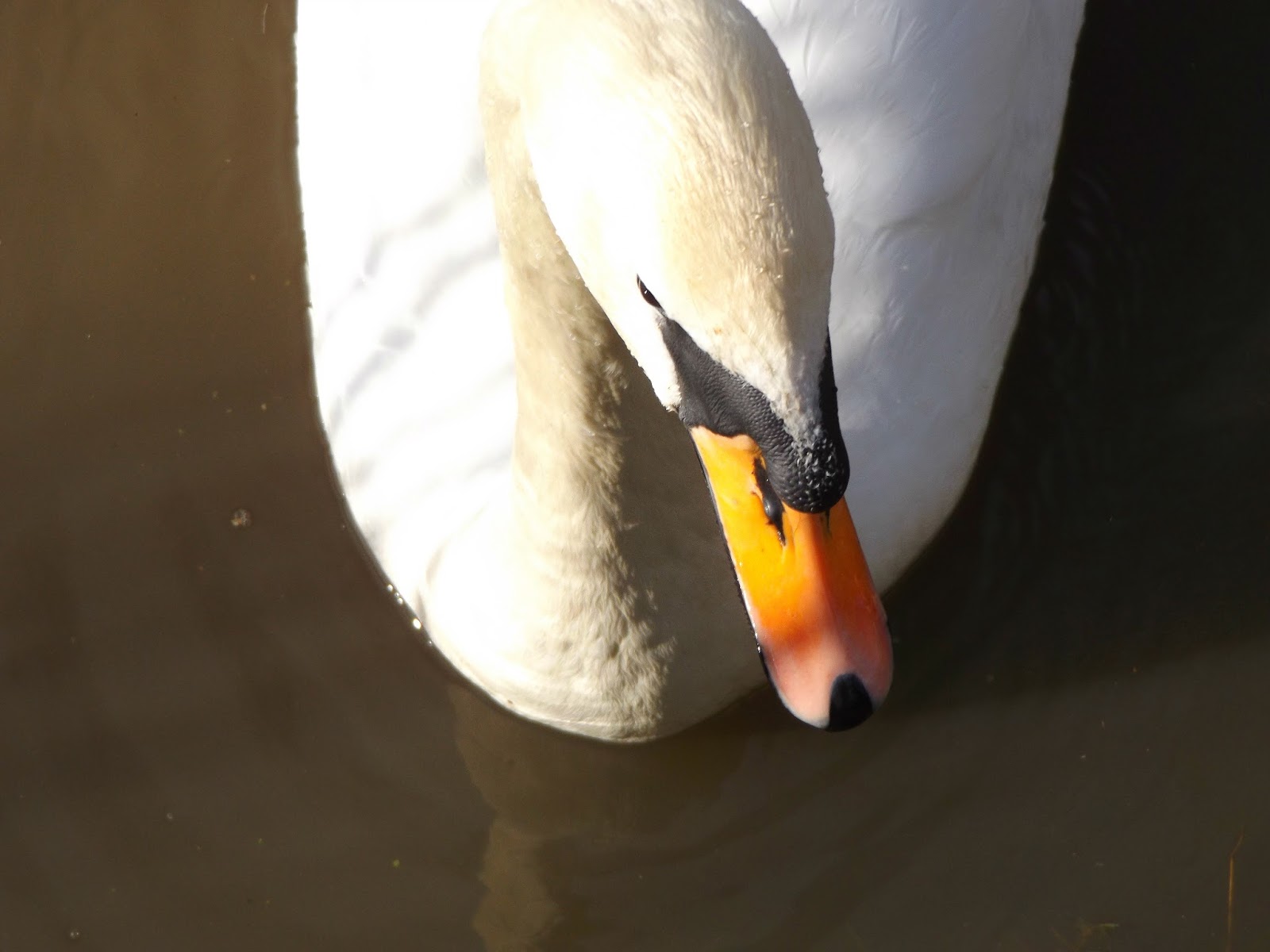 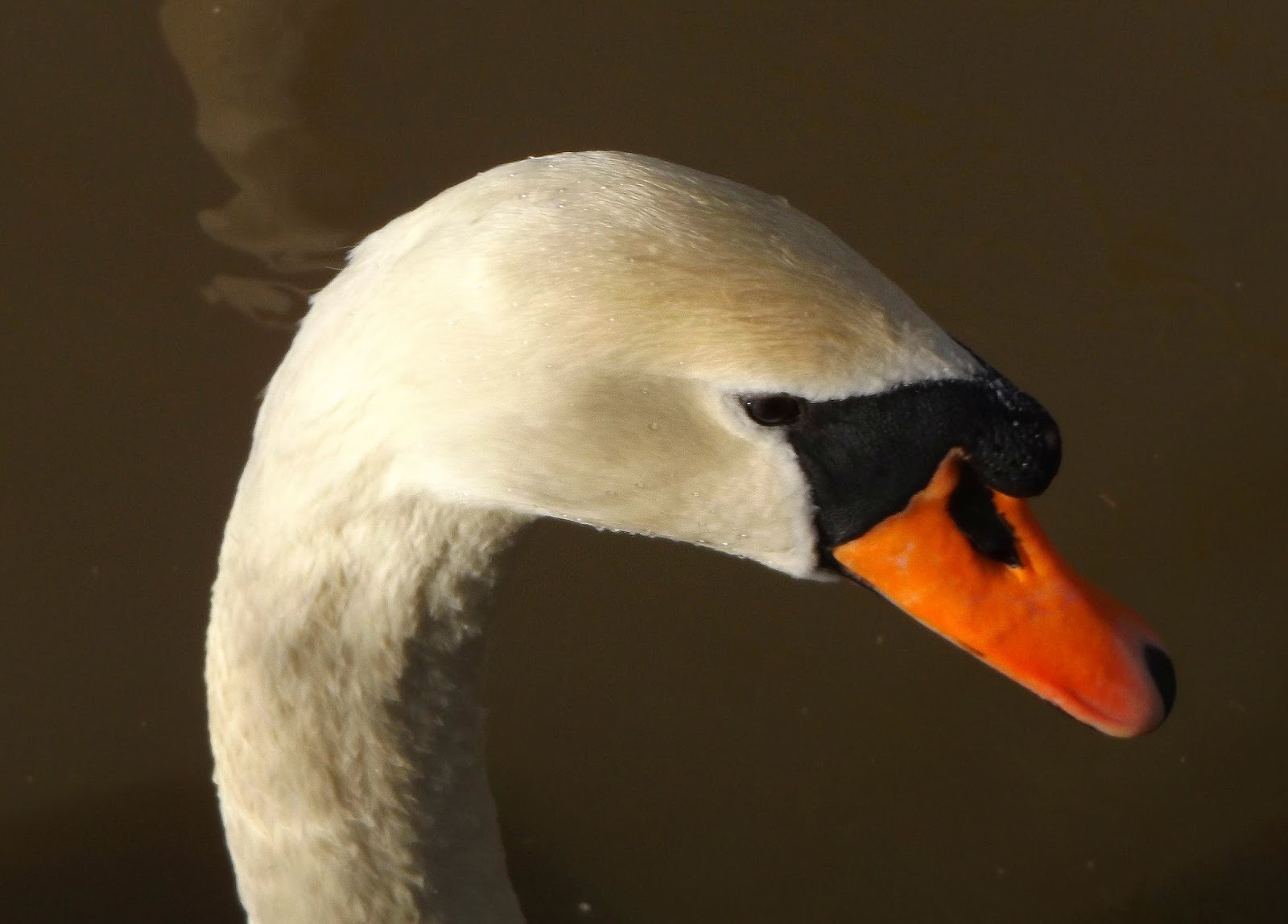 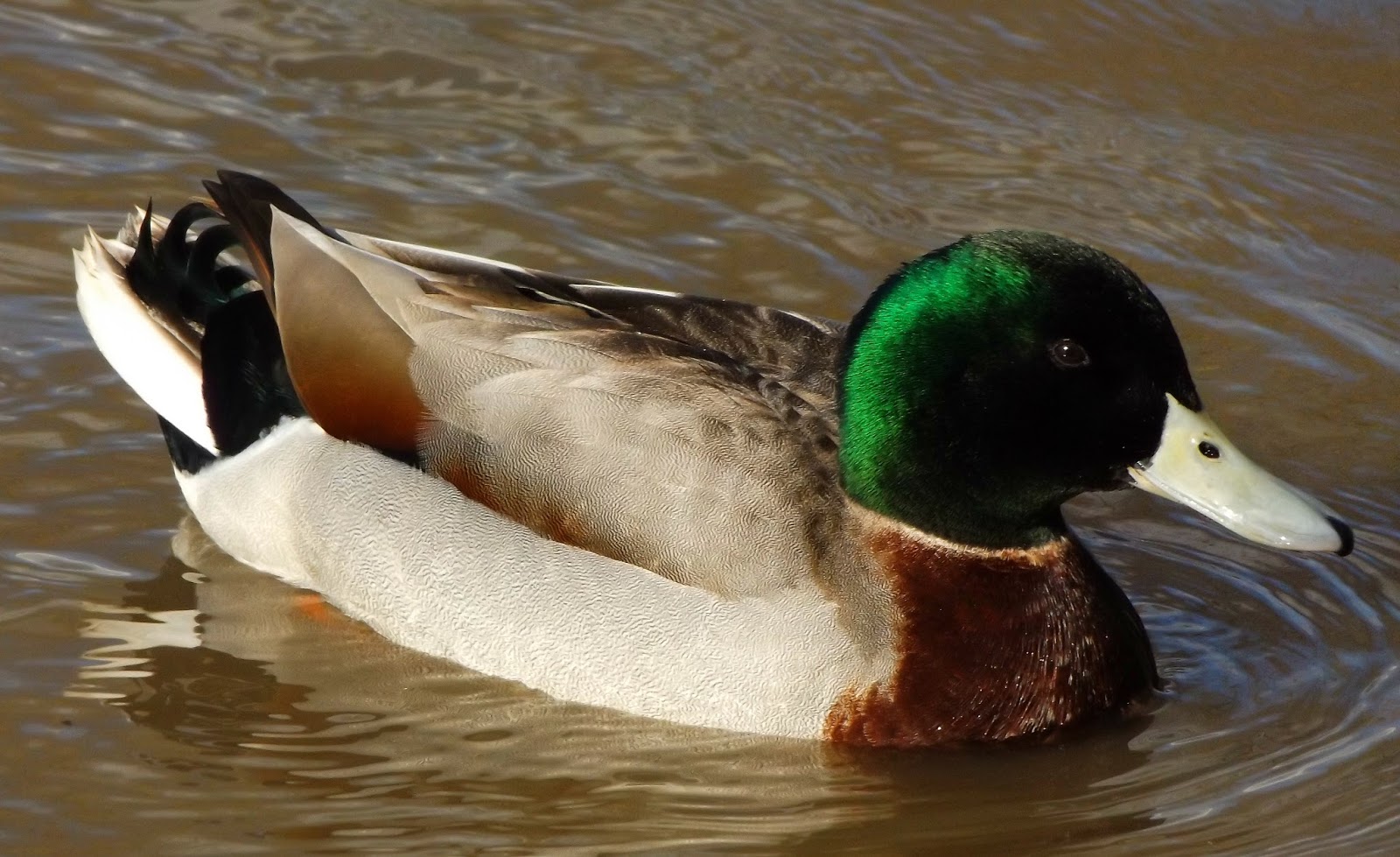 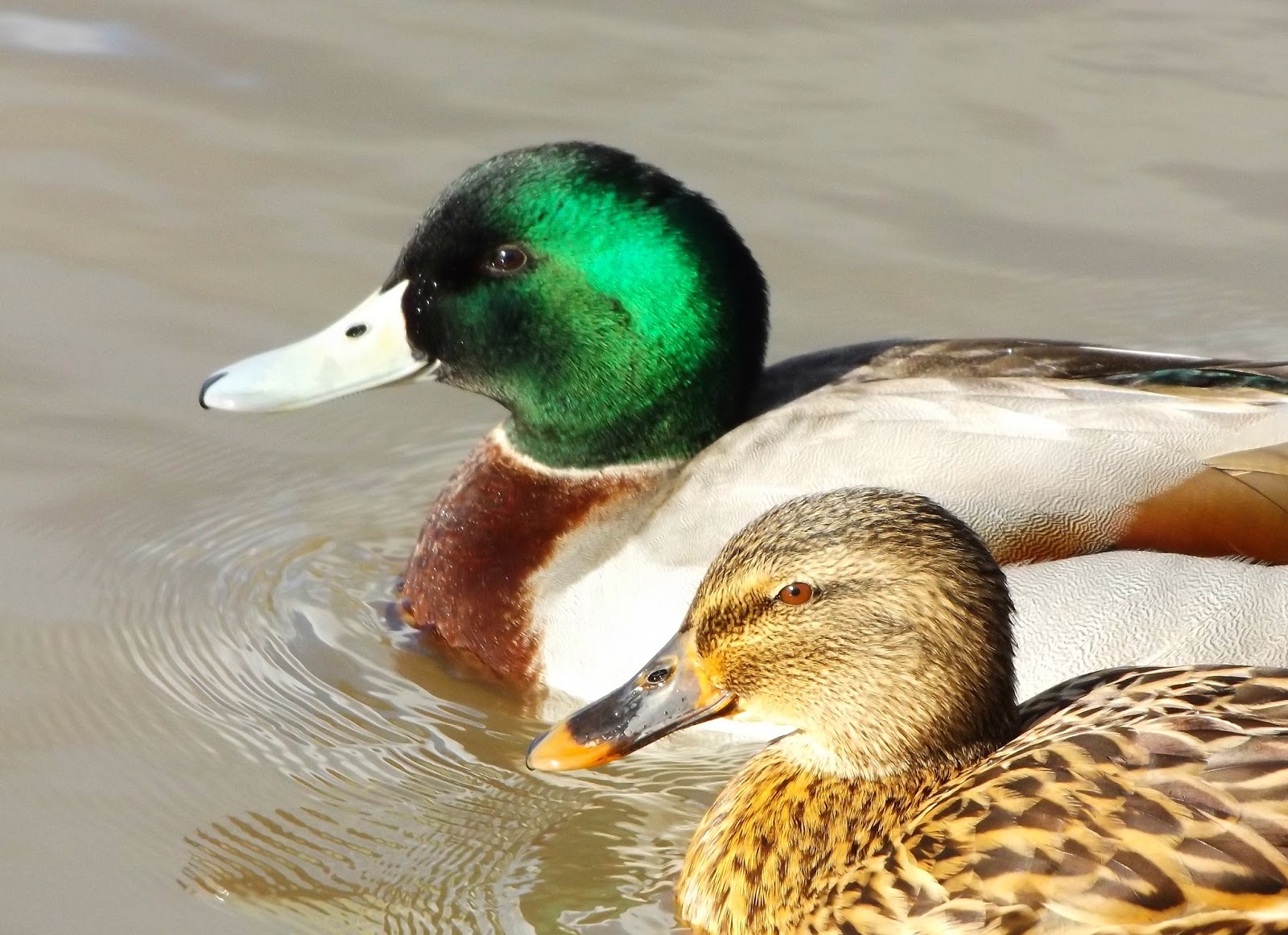 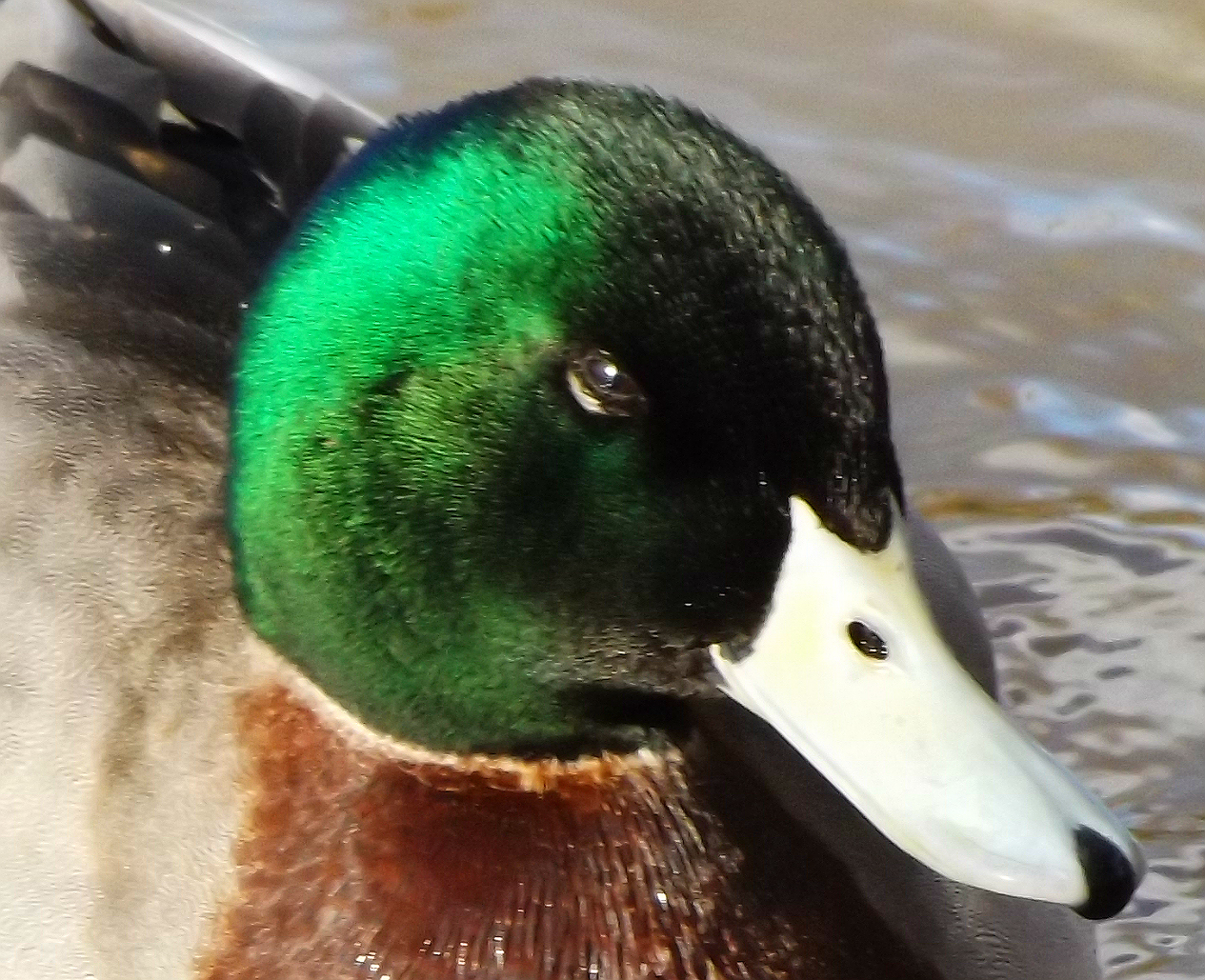 Posted by Simon Douglas Thompson at 13:56