I Didn't have a Leg to Stand on

So yes, as you have been able to tell by my writings from the last few days, I've done myself yet another physical mischief.

As opposed to the regular calf or back twinges, I've managed to do something far more exotic to myself. 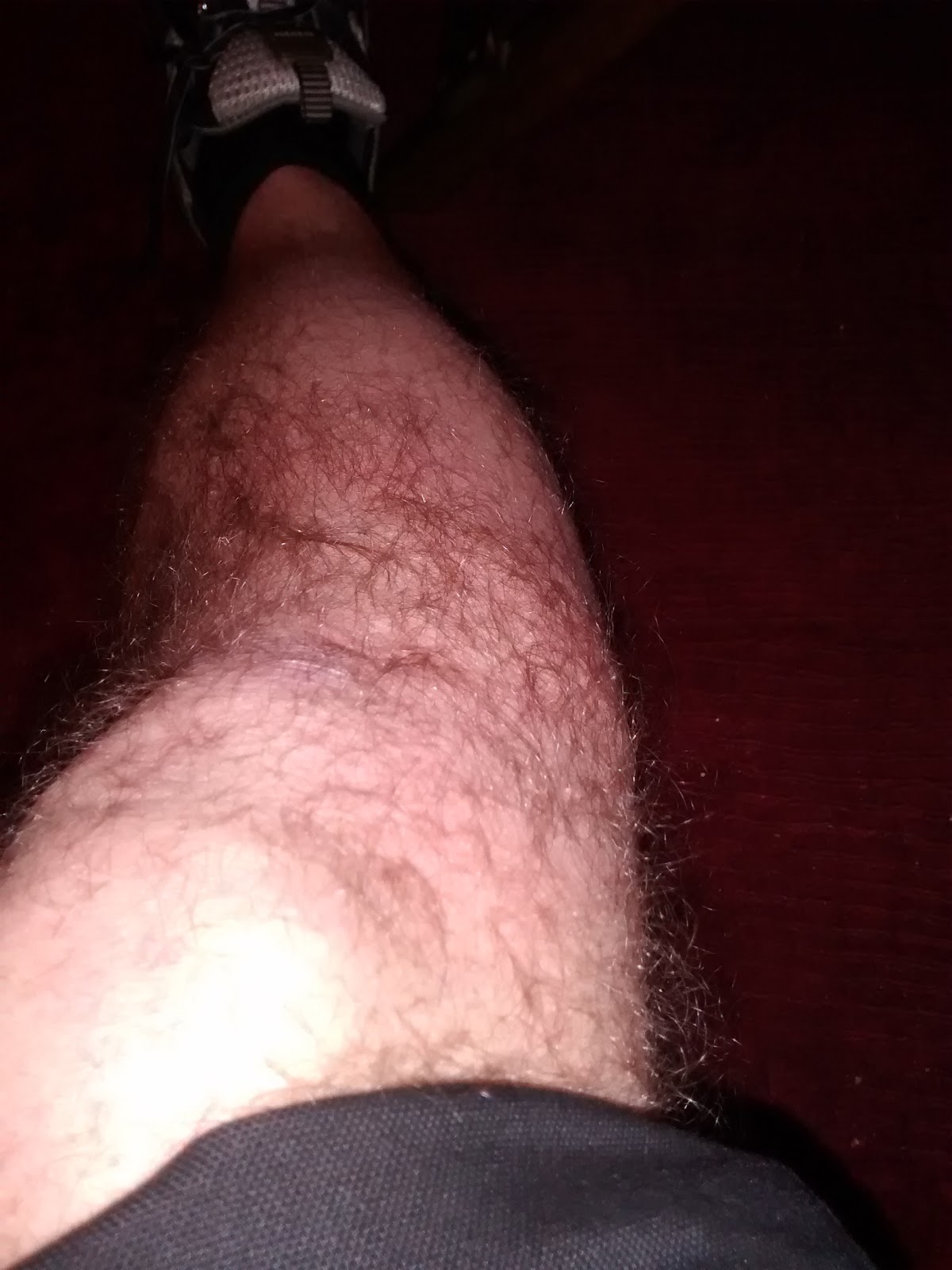 You probably can't see from the picture, but the outside of my leg from just below my knee down my shin, is rather swollen and red, and very sensitive to the touch. When it wasn't being fiddled with, the ache was continuous, and occasionally very sharply painful.

A bit of research indicated that it was an issue where the top of my admittedly rather nobbly fibula ends just below the kneecap, and was probably something to do with a strip of ligament called "The IO Band" irritating the peroneal nerve that runs along the outside of the leg. I've either done this running, walking, or cycling, which really narrows it down.

There's various youtube videos showing how you can ease the injury by performing a sort of double handed pull centred around the back of the fibula; I did manage to do this once without falling over.

The pain has eased today somewhat, but it is still tender, and I'm left wondering how gentle I'm going to have to be with Mr Knee, and for how long.

My beloved Oliver Sacks had to go through this when he busted his leg skiing. He managed to get a whole book on neurological function out of it, called "A Leg to Stand On". I very much doubt anyone is going to want to read a book about my leg, let alone one that has pictures of the wretched thing in it.

I have a lot of adventuring to do. I hope my leg won't stop me.

All text and images copyright CreamCrackeredNature 23.02.16