My Best Didn't Cut It

Yes, another game of cricket after "the last game of the season" or indeed "last game of my life" or whatever I've been saying.

We played a friendly against Bingham today, a side who we've played a fair bit over the years in the Saturday leagues, but never before on a Sunday. With it being a friendly, the assumption was that they'd pick a fairly low key side to take on our young (apart from me) and inexperienced Sunday eleven.

Suspicions were roused when our one first teamer, our usual Sunday opening bowler, was hit into a adjoining field early on. Other end our fastest bowler, who took a wicket in his first over, was being driven to the boundary off perfectly pitched deliveries.

"These aren't third team bats" I remarked to a team mate, and no, they weren't. They'd bought a slew of their first team Division C bats, and aside from our youngest player, they hammered us to the back of beyond.

You know, today was the best I've bowled all season. No no balls. No wides. No pies chucked. I caused problems, beat the edge of the bat, bowled a ball that almost seemed to go through the stumps. But the Bingham first teamer I was bowling at just shrugged off being beaten before blasting perfectly good deliveries down to the straight boundary.

I couldn't have bowled much better, it just wasn't enough against bats of this quality. I fielded bloody well today too, unusual for me.

Anyway, after nearly dragging me on he got to 50 and retired, and the new left handed bat struggled against a maiden over from me. Unfortunately another of the bats decided to kick off on me, again off good bowling, and I was taken off having bowled 6 overs for 35.

After my being removed from the attack, the Bingham scoring rate, already high, accelerated further, with sixes being hit with gay abandon, although one of our bowlers suddenly took 3 wickets in the very last over we were faced with chasing a total of 227 in only 35 overs.

There were a lot of glum faces, and the chair brought us together for an inspirational team talk. Having shouted at me for making a very mild joke not at his expense when he was bowling, he must have calmed down a bit.

Note to self - don't make jokes when he's not long been hit for 6.

Anyway, the gist of it was not to let our heads drop, and to bat well on an easy paced pitch, and see how many we got. Sensible advice.

As it happened, I wasn't needed to bat and it would have been at number 11 anyway, and so I ended up umpiring for most of our innings, so got to wave my arms around a bit. Their bowlers were thankfully not as good as their batting, but not so bad as to let us get anywhere near their run rate. Our opener got 53, our captain got 37, I got sunburnt on what was the finest day for cricket we've had all year.

It wasn't massively exciting stuff, but we let our two young kids get a bat, we weren't bowled out and we could leave with our heads held high.

All text and images copyright CreamCrackeredNature 13.09.20 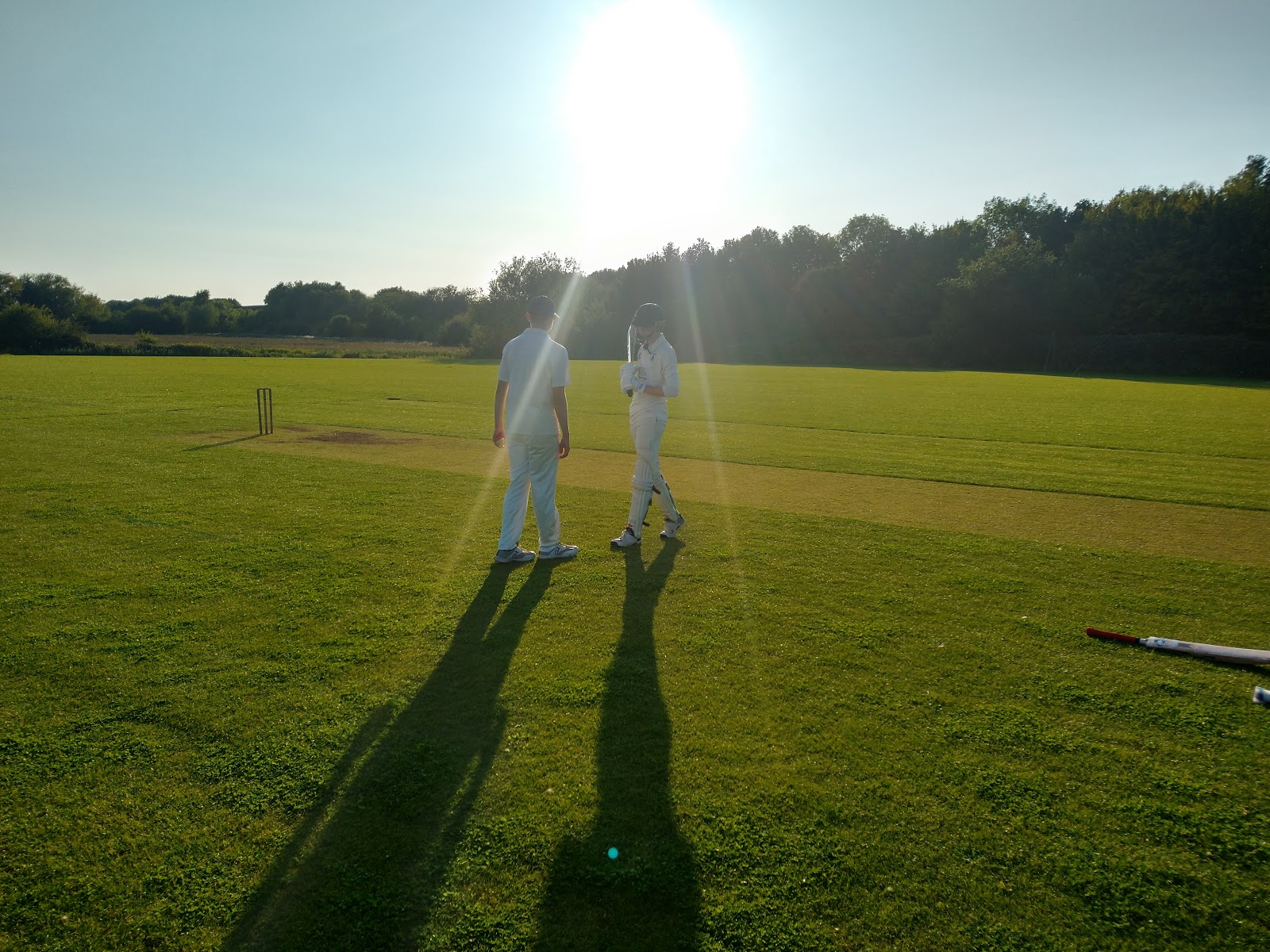 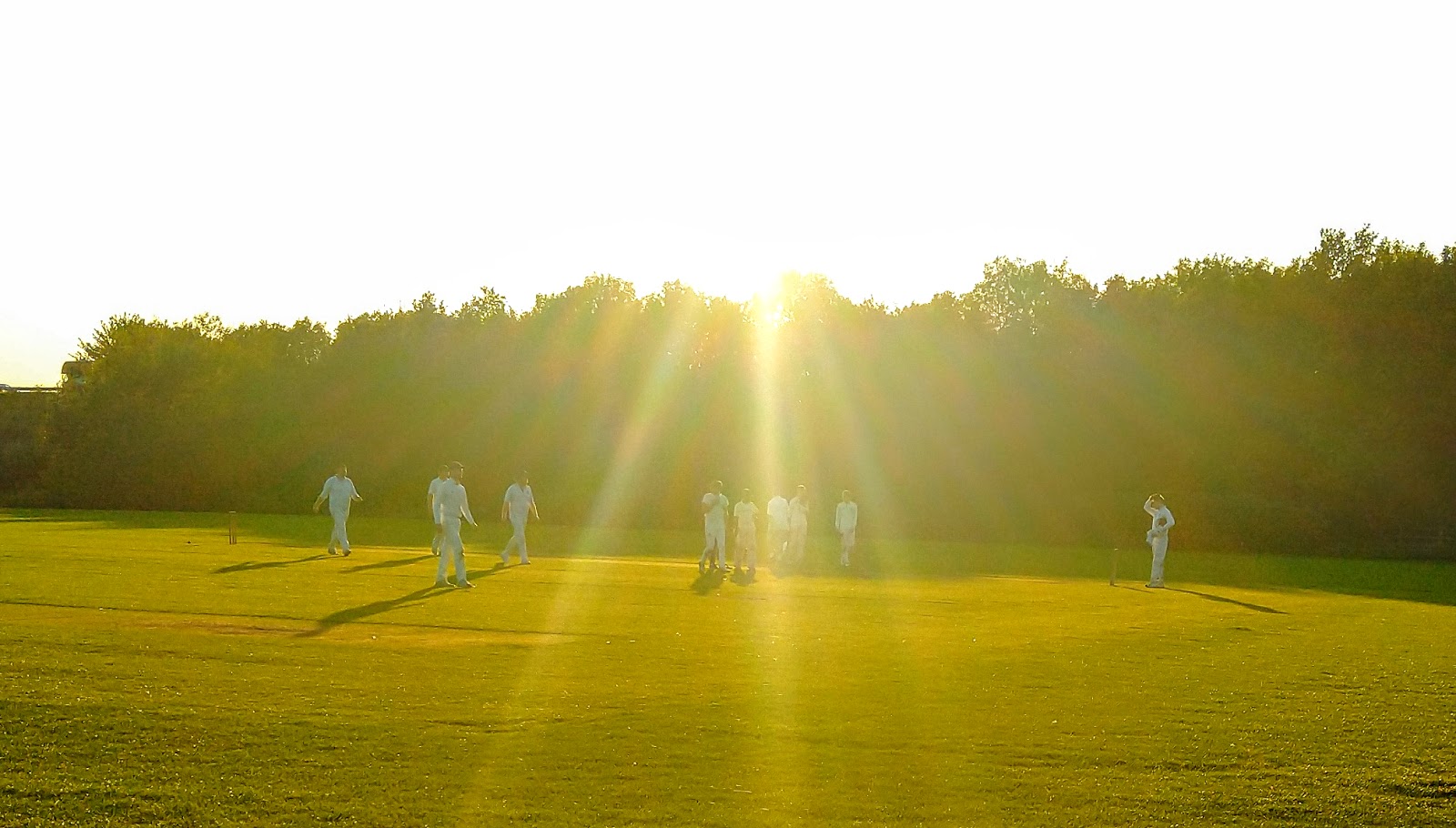 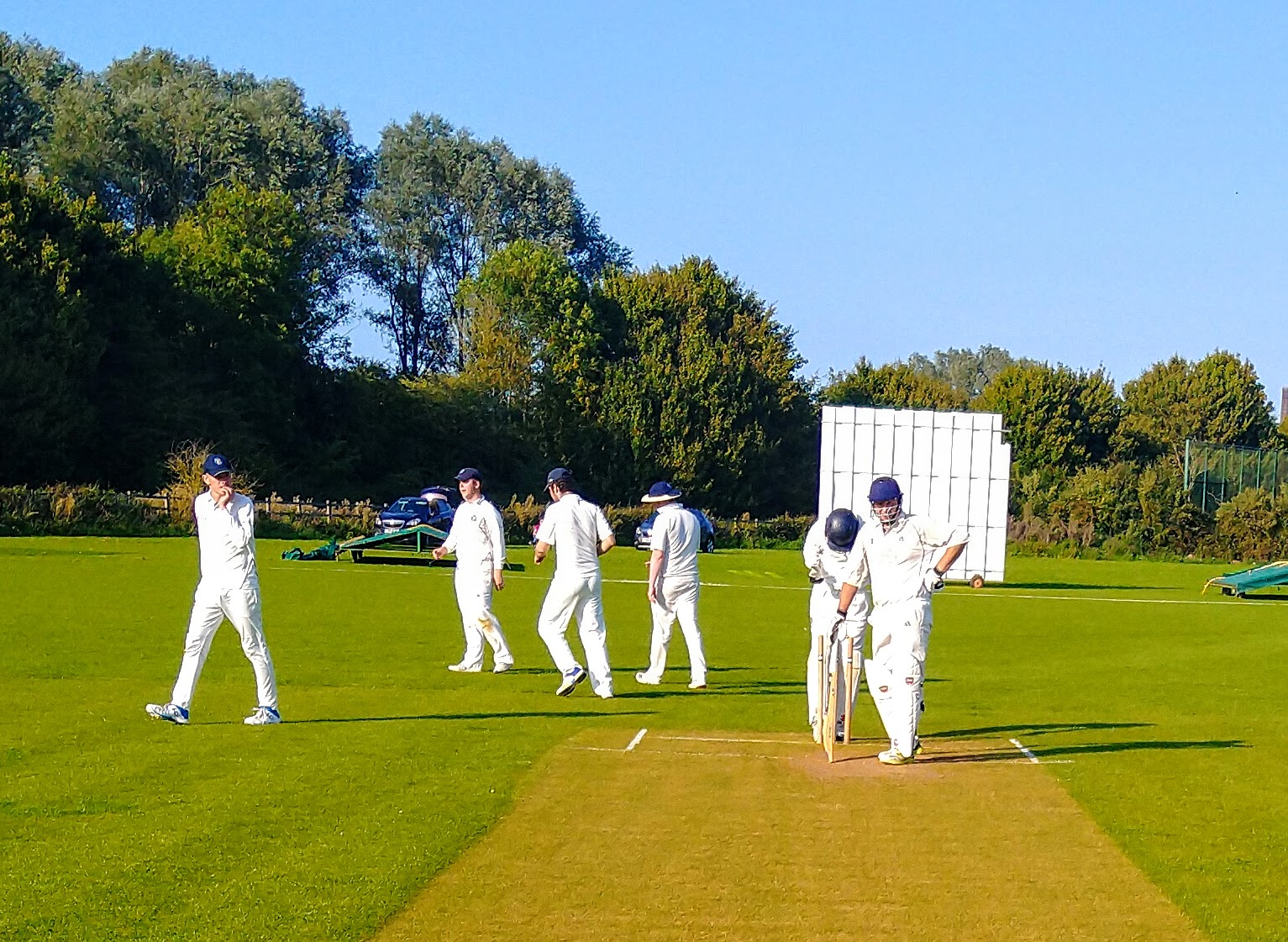 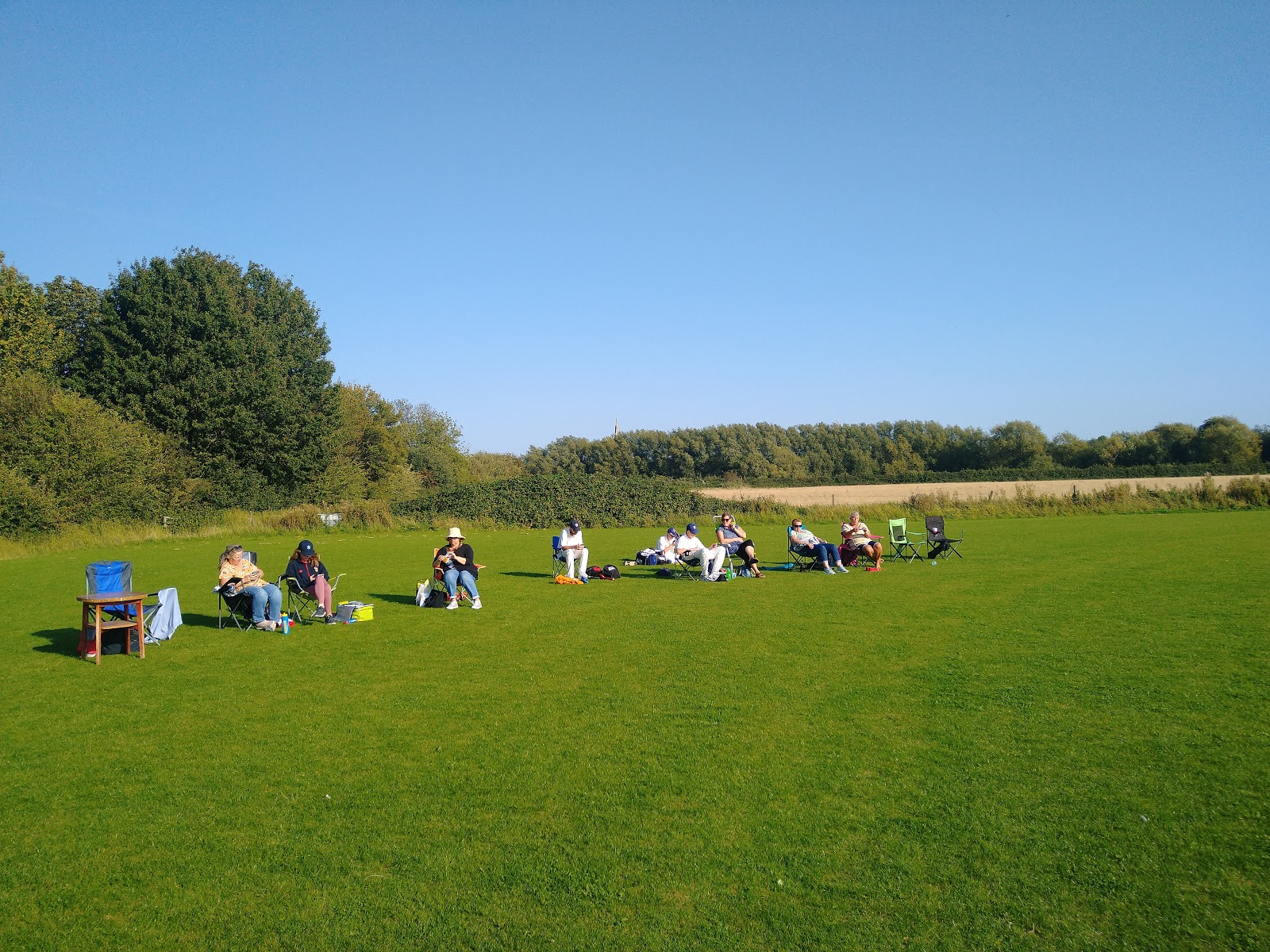 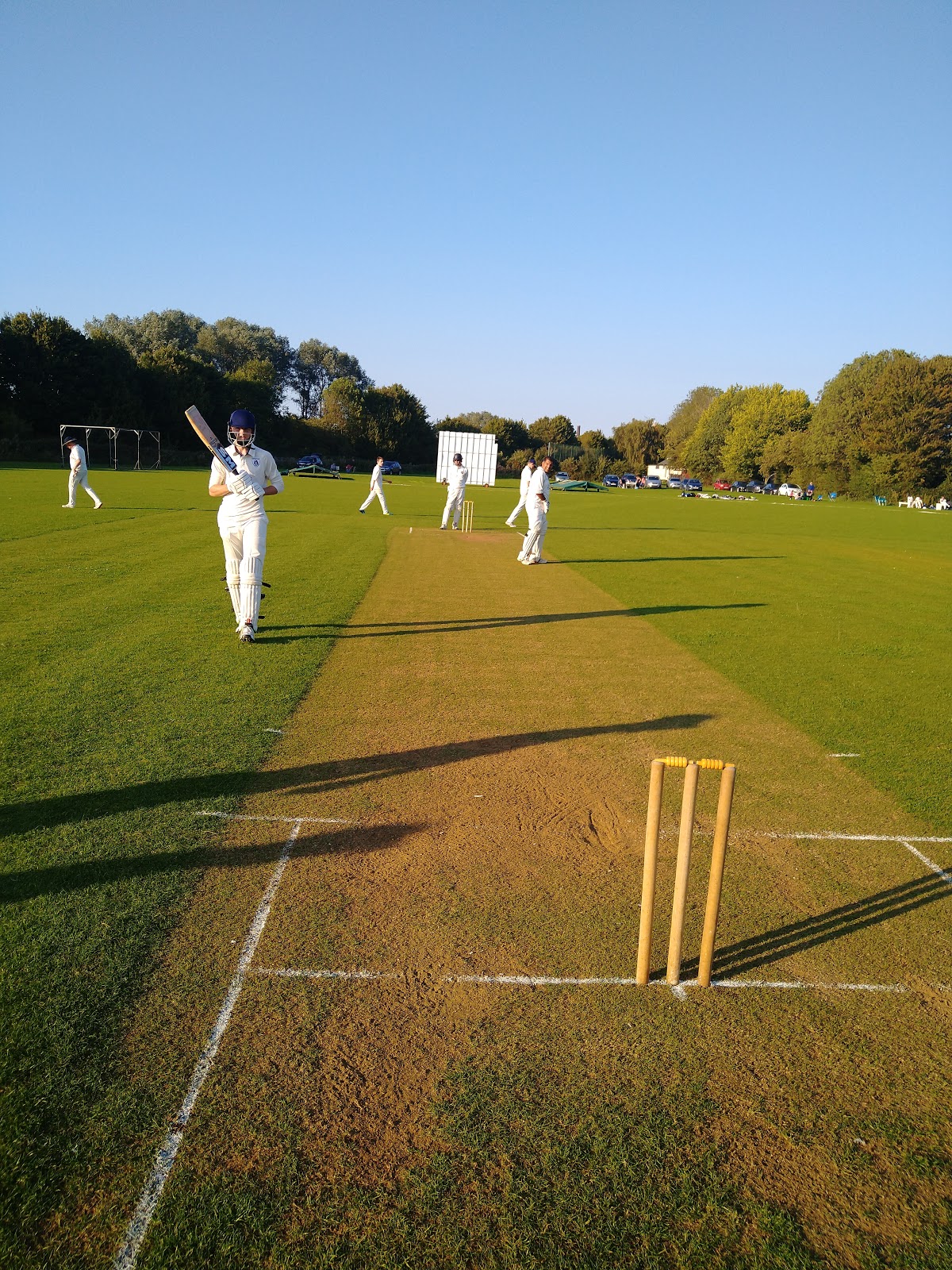 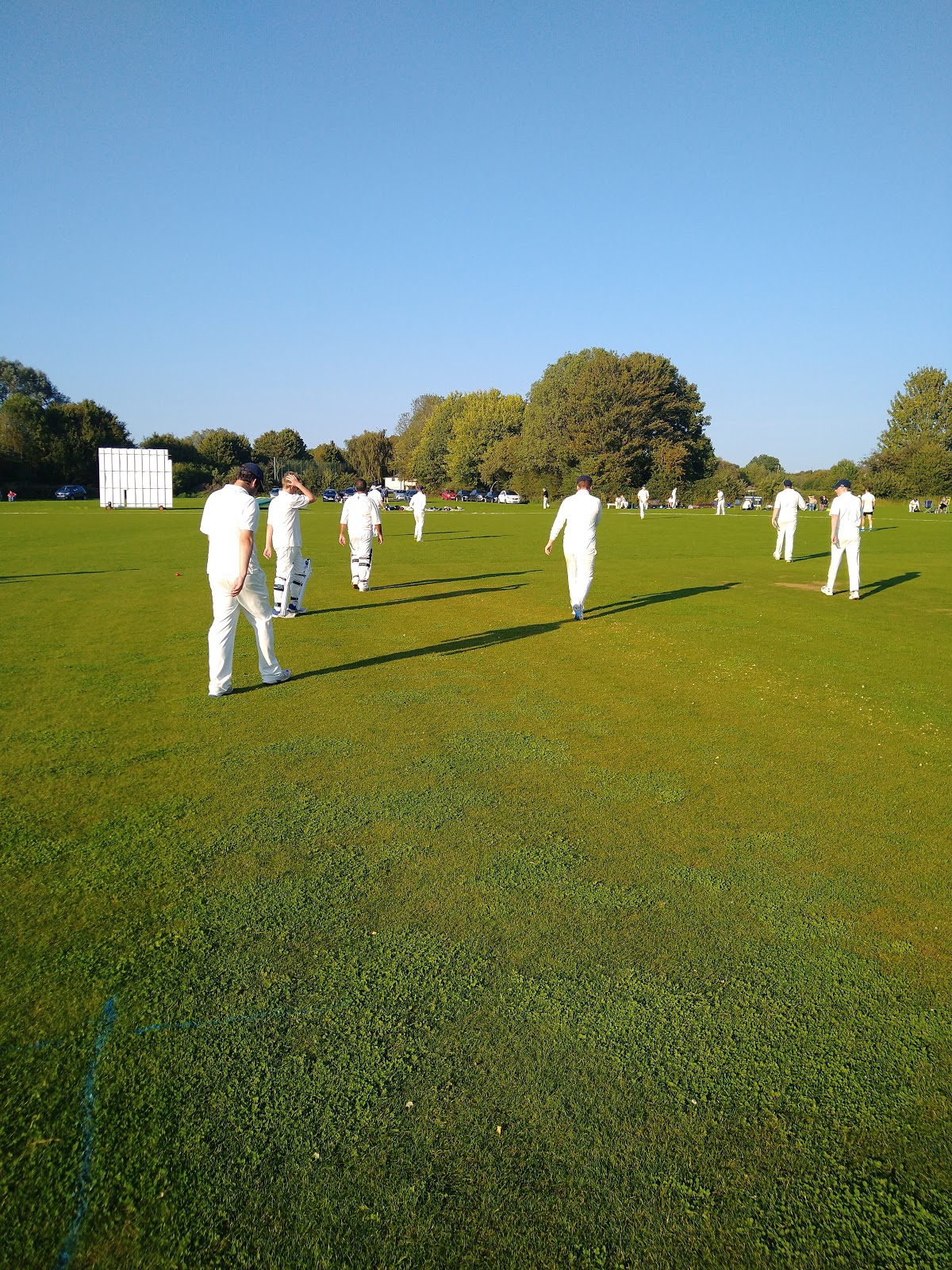 Posted by Simon Douglas Thompson at 15:54