Is Going Green Really a Goer?

I've been studying an Oceanography course with Futurelearn the last couple of weeks, and unsurprisingly lively discussions have come up over certain "Green" elements of the course; use of tidal power to generate green energy, and the effect glacial and polar melting has on ocean currents and thus climate.

General concensus - tidal power better than windfarms but must be lagoon based rather than barriers, and whatever happens with Arctic ice melt, it won't be like "The Day After Tomorrow."

And so, after a roundabout, ocean current like voyage through the recesses of my brain, thoughts on the Green Party's recent failure to get on next year's UK General Election TV debates arrive on this blog.

Now I'm no sort of political analyst whatsoever, but traditionally the Greens always had this sort of super-earnest, organo-bearded perception problem in the eyes of the public at large; 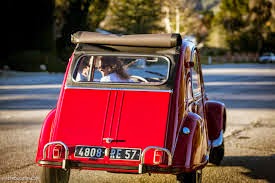 This carries on into the present day. I suspect the real reason the Greens are not getting in on the election debates, or on television is not to do with their perceived lack of support compared to UKIP - see this link on the "green party surge", but more the case that they just "don't make good television."

In other words, Farage and his ilk are good for getting people watching with all their soundbite friendly, whatever they actually are, policies that enrage or enliven depending on which sort of person you are. People who love UKIP watch them. People who hate UKIP watch them.

Complex, rational policies on subjects like science that don't fit easily into Zoo TV formats do not get an airing. This is where the Greens lose out. Tidal lagoons are less fun than booting out foreigners for a brighter tomorrow.

I have long thought that the UK political scene needs an injection from a secular, science and knowledge based party, with high profile media friendly backers. I thought it would have to be a new party, called "Reason" or some such thing, with some big name TV science types on board.

Nowadays I think the Greens could be the answer, being a party that at least is coming in from a scientific and knowledge background. But they need to get snappier, get a higher profile, and target seats stuffed with students and educated types. Policies like opposition to nuclear energy have got to be rethought - no more stickers on 2CVs - and if they believe in the NHS, and renationalising things like the rail network, make an unashamed big thing about it.

After all, plenty of other people share these beliefs.

But a lot of the brown rice policy has got to go. Talk of doubling tax on beer and cigarettes won't gallup in this economy. Talk instead of new hi-tech industries and spaceports, the sort of stuff that the 1984 Conservatives ought to have looked at before deciding replacing our dying old industries with the financial sector. Look where that got us. Be secular. Give our kids a proper education, and encourage a culture of learning and reading at home.

Obviously, no more David Icke types. But why shouldn't the Greens look for defectors like UKIP did?

Given the state of the country, and the fluxious state of UK politics, a party like the Greens could end up being heavily influential if they only end up with three or four seats.

Like many people, I want a new politics. But not one that involves pretending to cry at poppies.
Posted by Simon Douglas Thompson at 13:51