The Crocuses were Alive

With the sun shining from a cloudless blue sky, creating some warmth although shady places were still rather chilly, I figured it would be a good day to seek out some bees.

I even wore my T-Shirt from the Bumblebee Conservation Trust to give me luck.

The hunt was a bit of a slow burner. I initially walked along the river - nothing at the lock gardens. There was nothing at the park either on the flowers growing there, although I did enjoy a nice cup of tea while wandering around.

So I kept on walking, another couple of km onto the cemetery where I could see when I went in the the crocuses are absolutely spectacular; that aforementioned sea of purple and white.

I could also see that that the crocuses were alive.

I can safely say I have never seen so many bees on a February day ever. They were loving the crocuses, absolutely coated in orange pollen, their saddlebags bulging. Such a joy for me to see, I love springtime so much and my first sighting of pollinators each year is just a herald of better times, hopefully even more so this year.

However, I was not done yet. I was after a bumblebee, a big queen bumble like the ones I'd seen at work and not been able to photograph. And I was not to be disappointed.

There was a couple of massive queen buff tailed bumblebees feeding too, larger than some of the crocuses they were munching on, and like the honeybees they were absolutely coated in pollen. It was such a feast for them, the flowers were ripe for harvest and there was barely a couple of centimetres between each of the blooms.

So, I've survived to see another spring begin. A ever, I just have to keep hanging in.

All text and images copyright CreamCrackeredNature 27.02.21 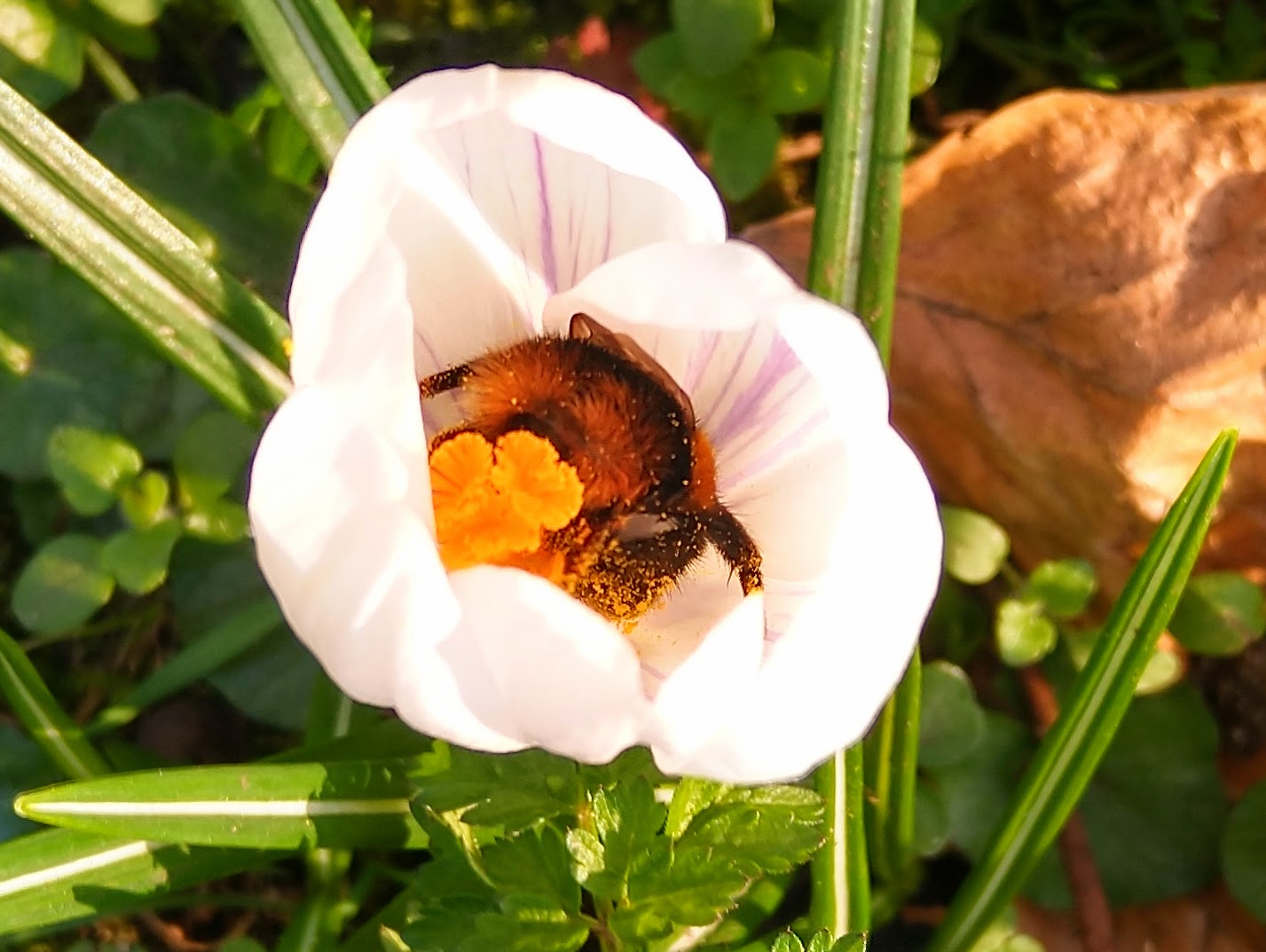 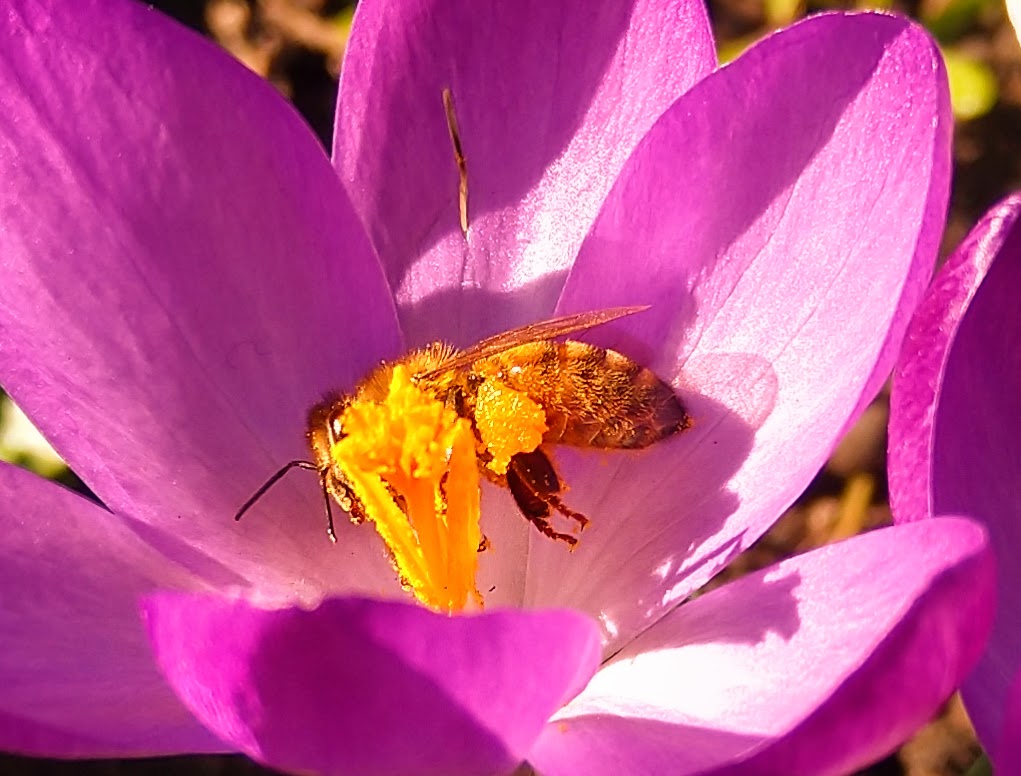 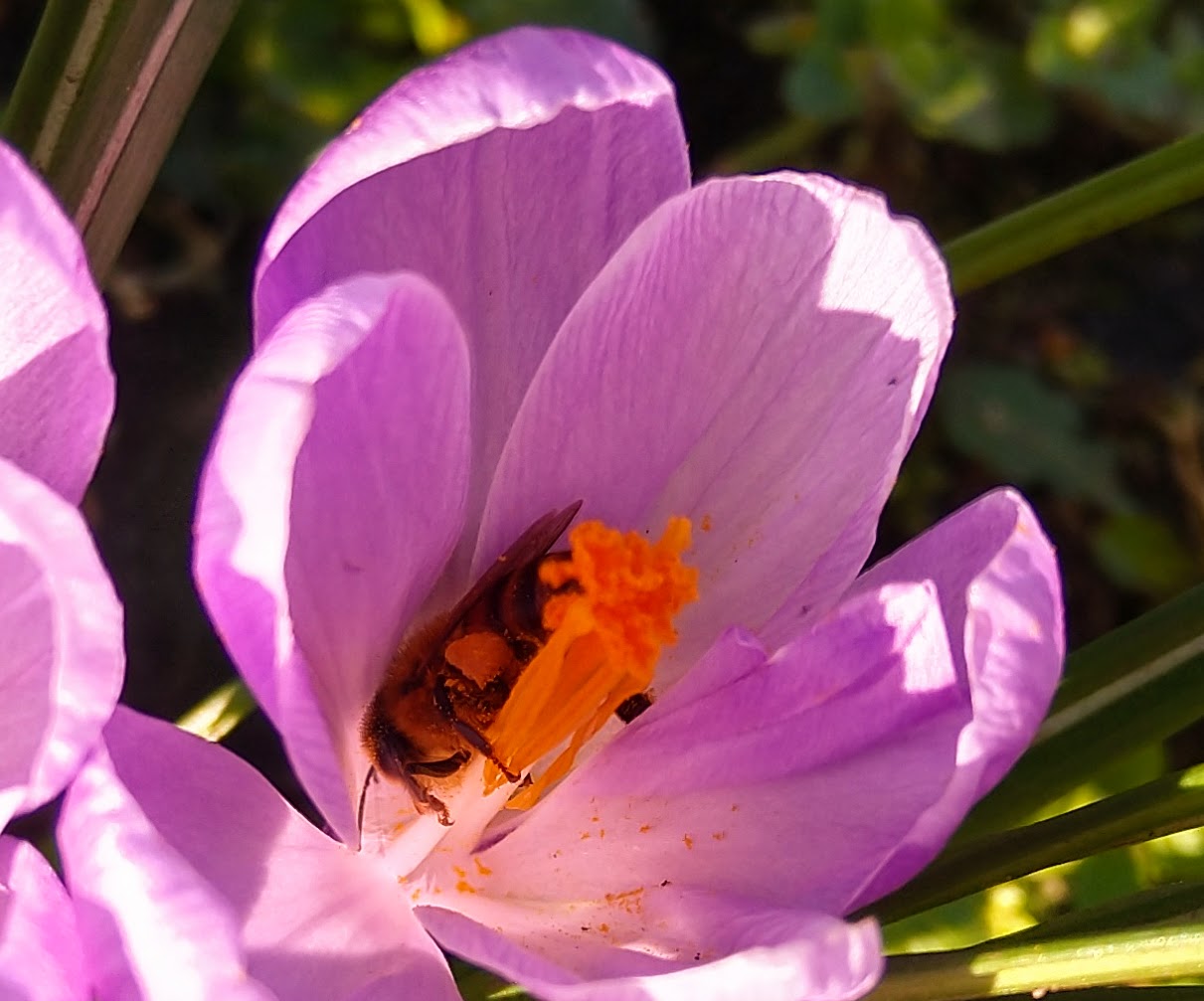 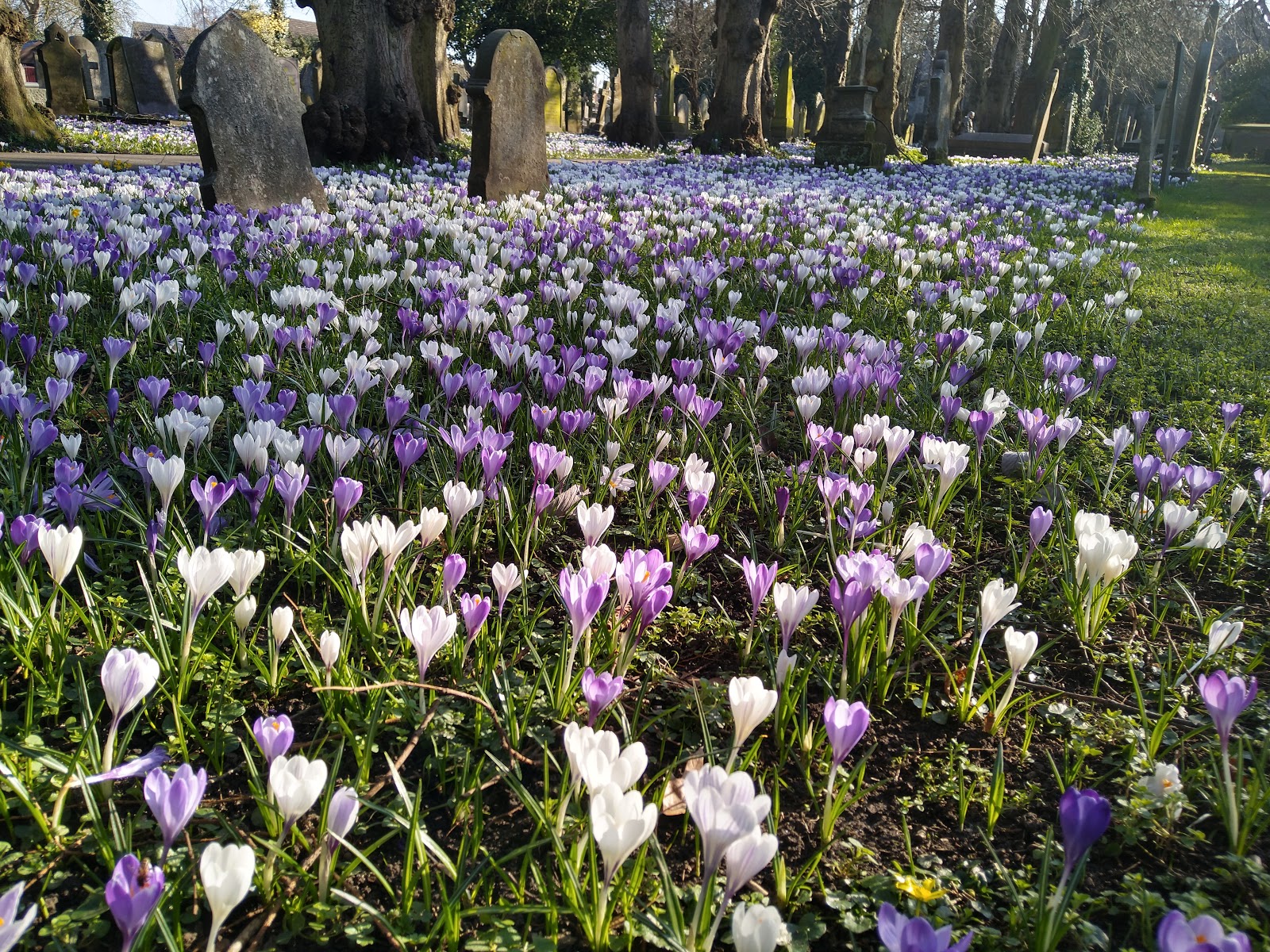 Posted by Simon Douglas Thompson at 16:11